Adelaide Bar Boys: The bar crawl both you and your mum can get around

Adelaide Bar Boys are running a CBD tour this Fringe that showcases the city's best bars, the state's favourite wine regions and is open to anyone keen to discover Adelaide through the medium of a boozy bar crawl.

While on a guided tour somewhere during a four-month holiday in Europe, Adelaide bar enthusiasts Branden Kentish and Nathan Peters had a career-altering epiphany: this experience could be a lot more fun.

“We really found that the common denominator in our experiences over there was that the tour guide would leave, and that’s when the tour would begin on whatever experience we were doing,” Branden recalls.

At that moment, with the group now unsupervised, eyes would turn to Branden and Nathan for direction as to where the party should lead to next.

“We were like, ‘We’re from Adelaide. We’ve never been out of Australia. Why are you asking us where to go?’” Branden laughs.

“That just kept happening, we kept saying Adelaide’s better than anywhere we’ve been, we’ve got a better bar scene, we don’t have to take Ubers to get to these places, we can walk, and we kept saying, ‘If you’re ever in Adelaide, come with us, we’ll show you a better night out.’

“So after repeating that so many times in the four months, we looked at each other and said, ‘We should actually just do it when we get home.’”

From this germ of an idea, the duo went on to launch Adelaide Bar Boys in mid-2018, offering a range of different tours through the CBD based around different areas of interest – cocktail bars, and whisky, gin and beer venues. 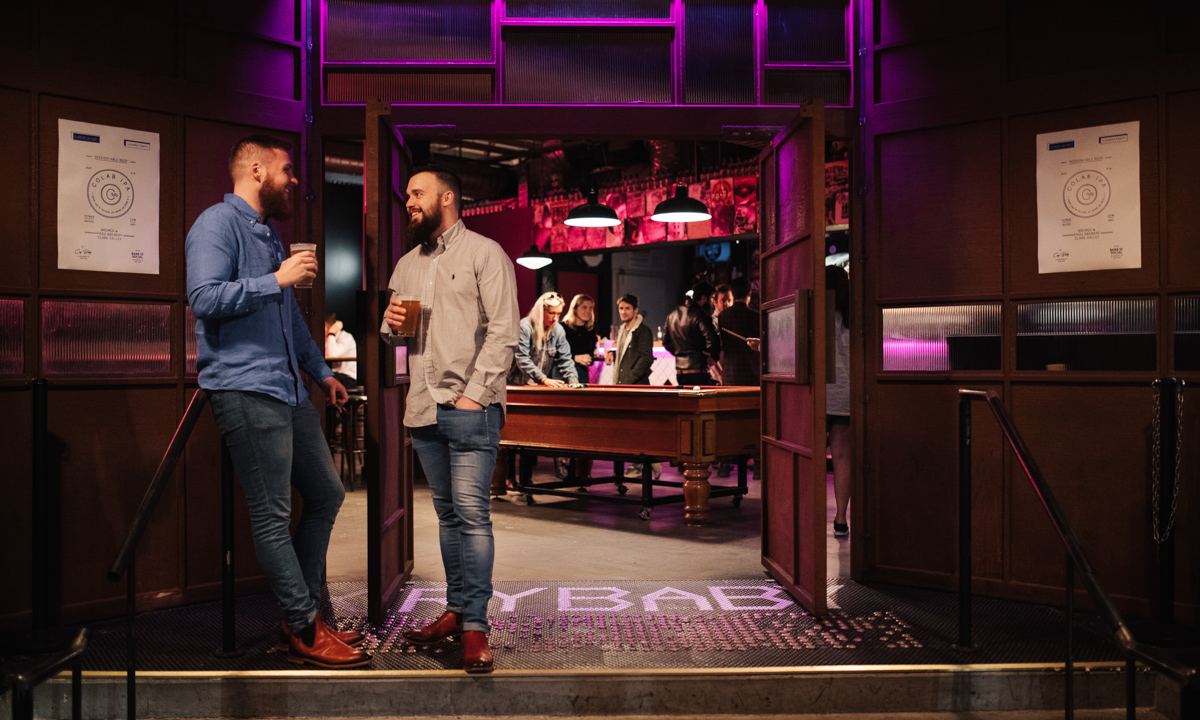 The Bar Boys at Cry Baby

While initially Branden and Nathan had thought they’d predominantly guide tourists around Adelaide, they found the local market was keen to experience the streets of Adelaide in this format – and one demographic in particular stood out.

“We found that the perfect target market were our mums and dads – where they love a drink, [but] they can’t name three bars in the city,” Branden says.

“As soon as we started bringing that age demographic around, they weren’t finding that when they walked into these bars they were feeling judged. They were walking into these bars and they were getting the eye of, who the hell’s that and why do they have a reserved table and food already at the table?

The Bar Boys have brought a special tour to the Adelaide Fringe, running every Thursday, Friday and Saturday of the festival, called Taste the South Australian Wine Regions.

Each Fringe tour is led by Branden and Nathan, with 20 guests in tow, travelling from the West End through to the East End, stopping at four venues along the way, with each stop dedicated to a different winery.

The journey begins at Peter Rabbit, where McLaren Vale’s Wirra Wirra wines are pouring; then moving on to the West Oak Hotel, with Jim Barry Wines from Clare; the party then rolls on to Noble Gentleman, with an Adelaide Hills focus from Deviation Road; and the final stop overlooks the Fringe mayhem on Rundle Street from BRKLYN Bar’s balcony, where the Barossa’s Chaffey Bros are pouring.

There is food provided at each stop – canapes, tapas, cheeses and the like – and Branden promises plenty of chat as the event rolls on.

“As long as we’re bagging each other and having the best time, people feel that energy and get involved, and after two drinks they’re loosened up and they’re joining in,” Branden says.

Adelaide Bar Boys are not just selling a good time, though. Key to their business’ success is their acting as a facilitator between other South Australian businesses.

In the case of the Taste the South Australian Wine Regions tour, the Bar Boys are the conduit through which South Australian wineries can come to pour in CBD venues they otherwise do not have a relationship with.

This relationship would usually come through the hard work of a sales rep, or, in the case of particularly small wineries, the business owners themselves knocking on doors.

Through the Adelaide Bar Boys concept, the winery is added to the venue’s wine list, and the venue is delivered a crowd who is there to drink it.

This strength of this proposition was made particularly clear while Branden and Nathan were putting together one of their earlier beer tours.

Taps in front bars are hot real estate for local craft brewers, with many pubs still locked into contracts with multinational beverage corporations that stop them from pouring kegs from independent brewers.

The taps that are free from lock-in contracts are hard-fought.

“[Breweries] hire people, pay them a full wage to do it, and they still can’t get their beers pouring, so you know it’s really difficult,” Branden says.

“Obviously all the breweries were super keen, and they’re still pouring at the venues now that our tour’s not currently operational – the beer’s still there, which is fantastic and exactly what we wanted.”

The tours are always tweaked to keep them feeling fresh (there are a number of local repeat customers, Branden says); however, following this run with the Fringe, the plan is to leave the Adelaide Bar Boys tours pretty much as they are.

The next venture – and it may be a while off, Branden warns – is to find a venue of their very own.

“It’s sort of culminating to, a little bit of work, but our own bar at the end of the day, where the tours will finish at a bar we run and own, and that’s the end goal,” Branden says.

Head over to the Fringe website to book a spot on the Adelaide Bar Boys’ Taste the South Australian Wine Regions tour, and keep an eye on future tours by following the business on Facebook and Instagram.