Get a pint and a new perspective with Raising the Bar

From a glimpse at the reality behind glossy true crime stories, to a deep dive on the wellbeing industry, and a look at the media’s role in democracy - the City of Norwood Payneham and St Peters’ Raising the Bar event brings big, compelling ideas to your local front bar this August. 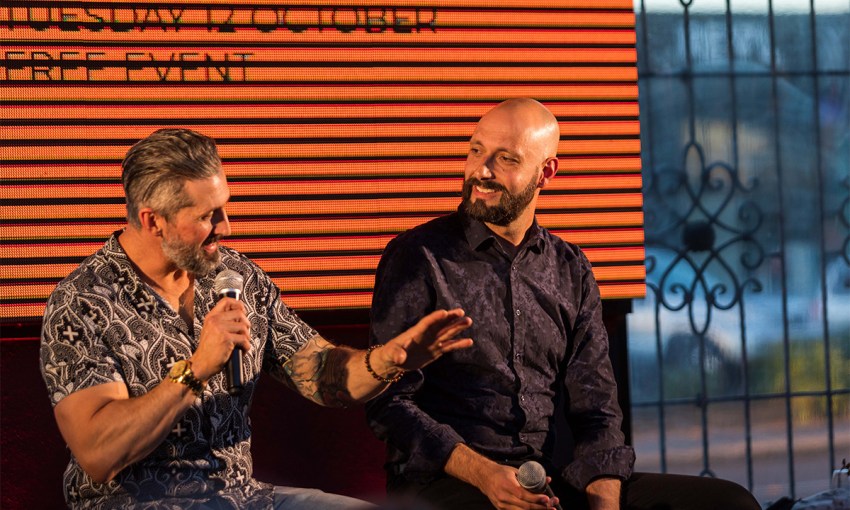 Derrick McManus was shot 14 times while working as a Special Tasks and Rescue (STAR) Group officer. As he lay on the ground, alone, for three hours, bleeding profusely, he felt no fear.

“Fear is drawn out of panic ­– when you’ve got no idea how to manage the situation then you’re just fearful,” says Derrick.

“I had a plan to be able to manage this situation, and it wasn’t that it was going to be easy… but I knew there was a process I needed to follow and panic and fear was not part of that process.”

There are only a handful of South Australians who will ever need to navigate something as extreme as Derrick’s life and death situation. But, in the almost 30 years since the shooting, Derrick has realised – after (at first reluctantly) becoming a regular public speaker – the skills that got him through his worst moments are readily transferrable.

“I talk to kids in schools,” says Derrick. “For kids, their challenges are all about bullying, exclusion, homework, getting along with teachers, sport interrupting their studies.

“For hairdressers, what’s their challenge? It might be clients, staff, or finance – so let’s talk about your real challenges and take what I took to the special forces and make it applicable to you. It’s about preparing yourself for what you can realistically expect to encounter as a result of your choices.”

On Tuesday, 9 August, Derrick will bring his insights on human resilience and durability to the Alma Tavern. His talk will be one of 20 taking place across 10 bars and pubs that night in the Norwood Payneham and St Peters’ (NPSP) neighbourhood as part of Raising the Bar Adelaide.

This is the fifth year the City of NPSP has hosted a Raising the Bar event, with the format – which aims to make complex topics more accessible by bringing experts into a relaxed bar environment – originating in New York in 2014.

Among the other ideas being explored at venues like Little Bang Brewing and Lambrook Wines are the relationship between law and religion, South Australia’s role in the first Space Race, and the human cost of the true crime genre. 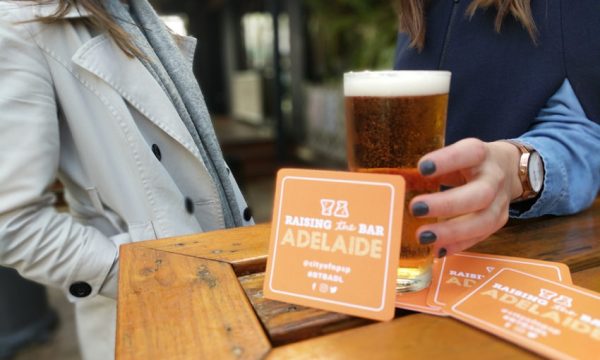 Mayor Robert Bria says the expanded program of 20 talks is a testament to Raising the Bar’s cut-through with locals.

“To hear about issues in depth from experts in their field or people who’ve had a lived experience in a particular area I think gives a different perspective on things,” says Robert.

“And you do it in a sort of a relaxed environment where… you can concentrate and think about what they’re saying. I think it’s a very authentic experience in terms of understanding an issue at a greater level than you would just by simply reading it online or in a newspaper.”

For Derrick, the opportunity to speak to people over a pint is a golden one that comes with the chance for something special – a real human connection.

“One of the things I love about any event or speaking that I do is people laughing,” he says.

“I just love it when we laugh about the massive challenges in life, because when we’re relaxed and we’re having fun we’re actually more engaged, so if I could have people having a drink and relax at every event I went to, I would.

“I’m just looking forward to seeing them having more ability to enjoy, and it’s probably going to be that more informal type of event where they will be able to ask questions the whole way through – it will be more of a conversation.”

There are 20 free talks happening across 10 bars on the night of 9 August for Raising the Bar Adelaide.

Find all the details and book a spot via the City of Norwood Payneham and St Peters website.