Follow the song of the seaside to Jetty Road, Glenelg

Glenelg’s epic sunsets, crystal-clear water and relaxed community atmosphere will have you putting this seaside paradise on repeat. 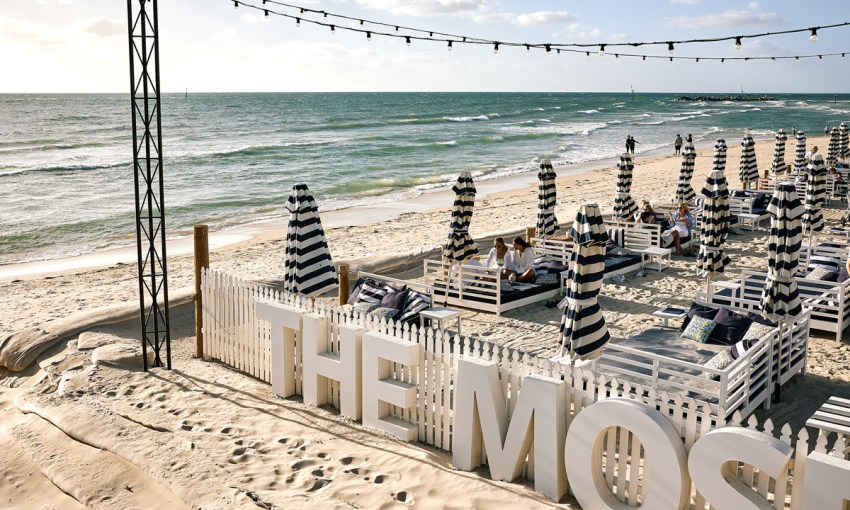 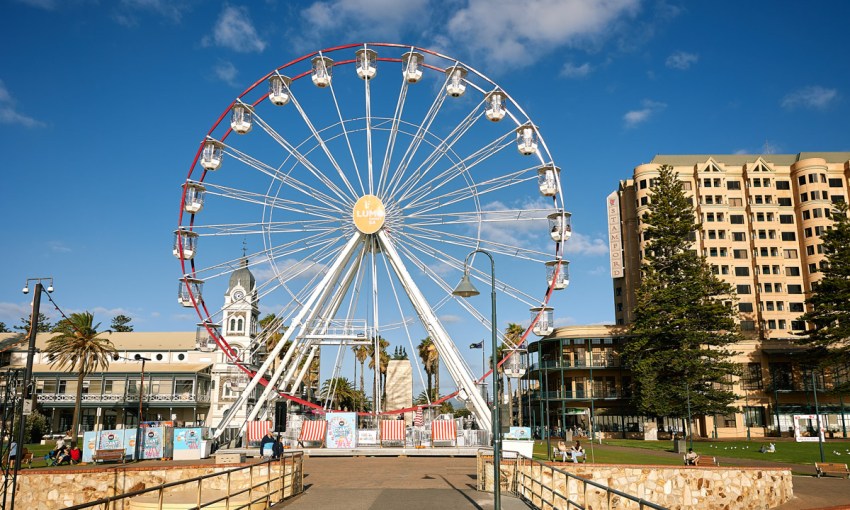 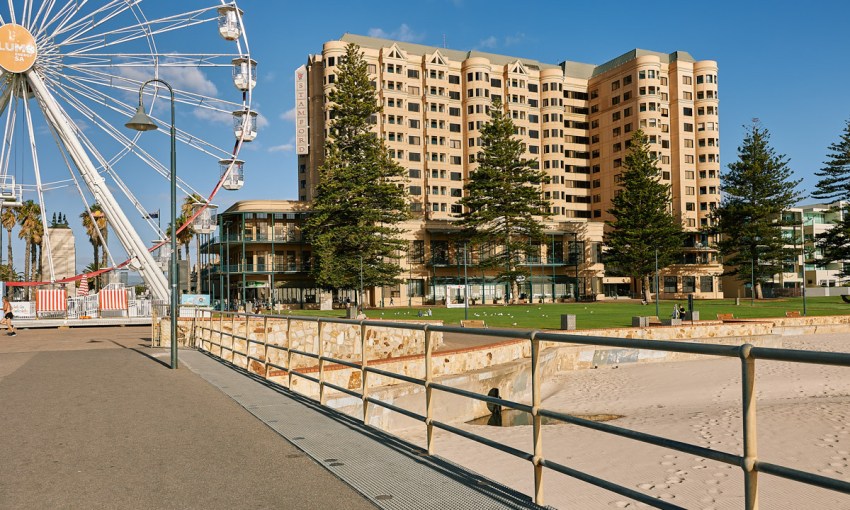 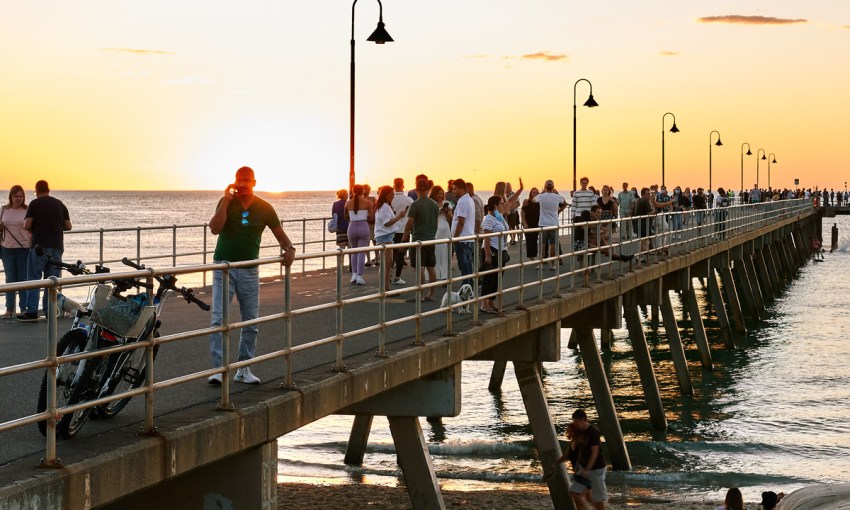 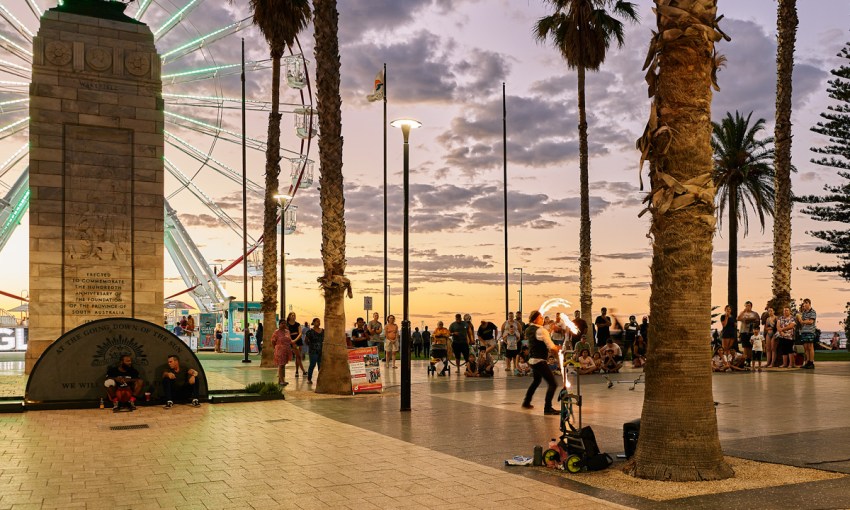 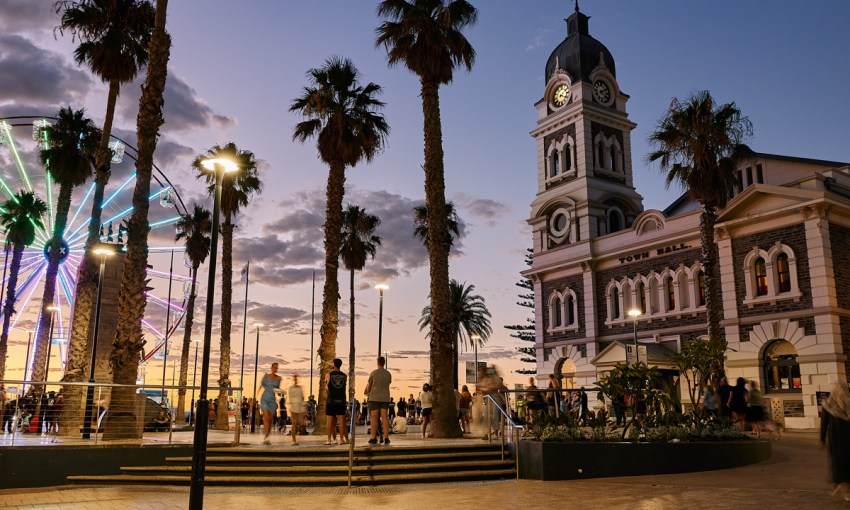 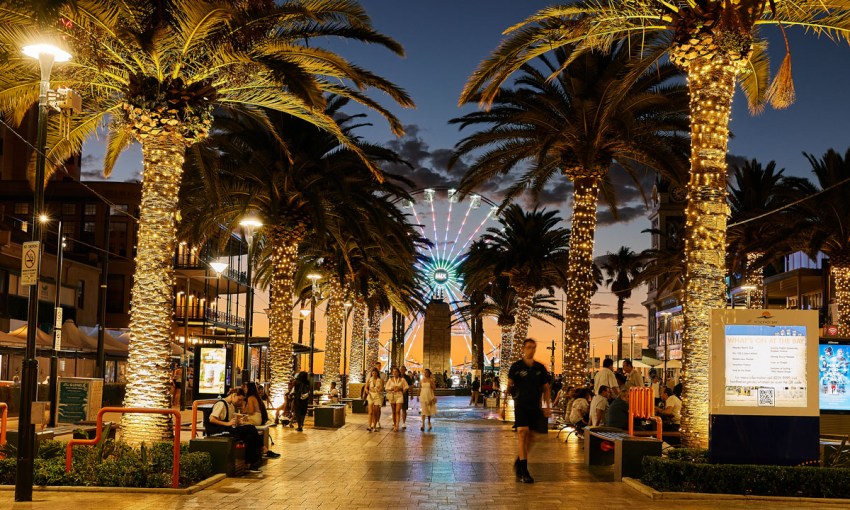 Jetty Road, Glenelg is the place to be all year round. Especially in summer and early autumn, when sun-kissed days slide into balmy nights.

Visitors and locals love strolling in the salt-tinged air, stopping for coffee or brunch and exploring the diverse mix of shops on the strip.

This article was produced in collaboration with the City of Holdfast Bay.

It is an experience that elevates even a simple shop for fresh produce into something special.

The precinct also offers local fun for the whole family. In the coming months, there’ll be plenty to keep the young and the young-at-heart entertained.

For starters there is the newly developed Chapel Plaza meeting space.

Geographically, it is at the heart of Jetty Road – exactly halfway between Brighton Road and the soft, golden sands of the beach.

Con Maios, chair of the Jetty Road Mainstreet Committee, is excited by the fresh, outdoor space.

“It’s the start of something fantastic,” he says.

“Most tourists tend to gravitate to the beach end. They don’t venture down enough to see the other stores and offerings further down the street.” 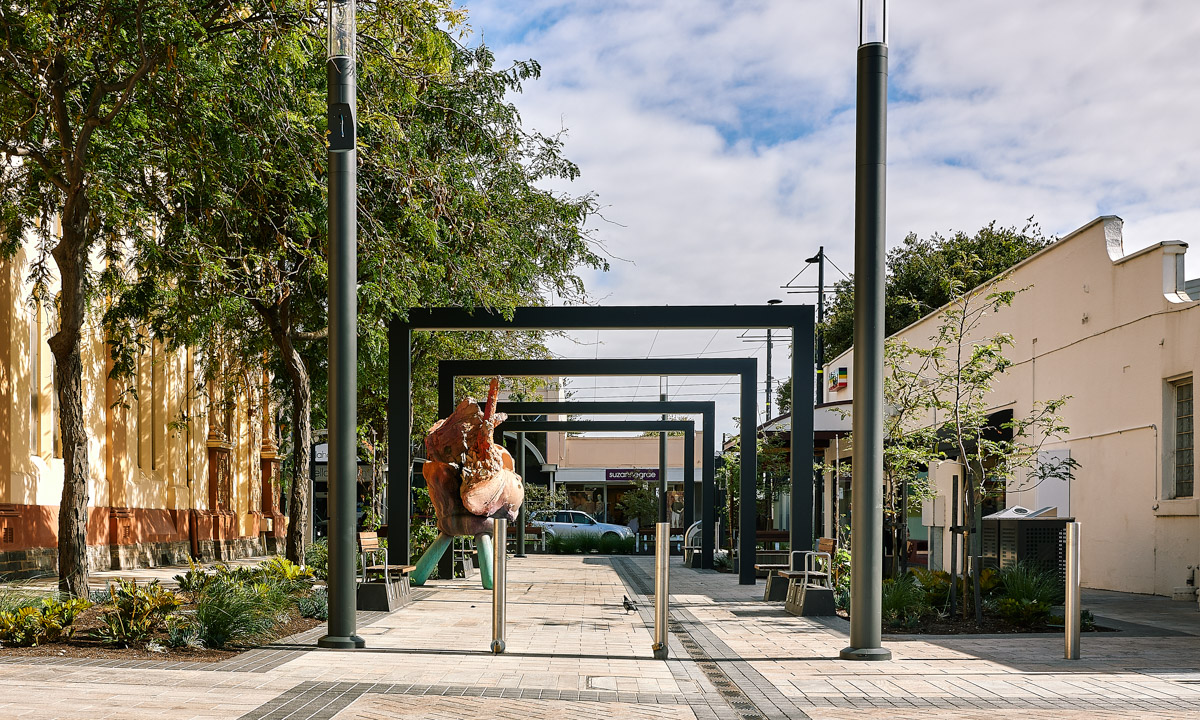 To be held over four Sunday afternoons during Fringe, Tunes on Chapel brings an authentic offering to the new plaza. The final weekend is themed for kids with CircoBats Community Circus hosting a ‘come and try’.

Among the public art, trees and new seating, the irresistible sounds will call. Chilled tunes plus family-friendly activities are intended to entice people to dip in and out of the space between shopping and dining on Jetty Road.

This laidback approach is a good fit for the precinct’s retailers and service providers and their personable customer service.

“It’s a family atmosphere down here. With the traders, everyone knows everyone, and everyone’s friendly,” says Con.

“We didn’t want people to just shop, we wanted people to have a bit more of an experience,” she says.

“By adding books and coffee, you’re more inclined to take more time in the space, rather than just come in and come out. It changes the transaction.” 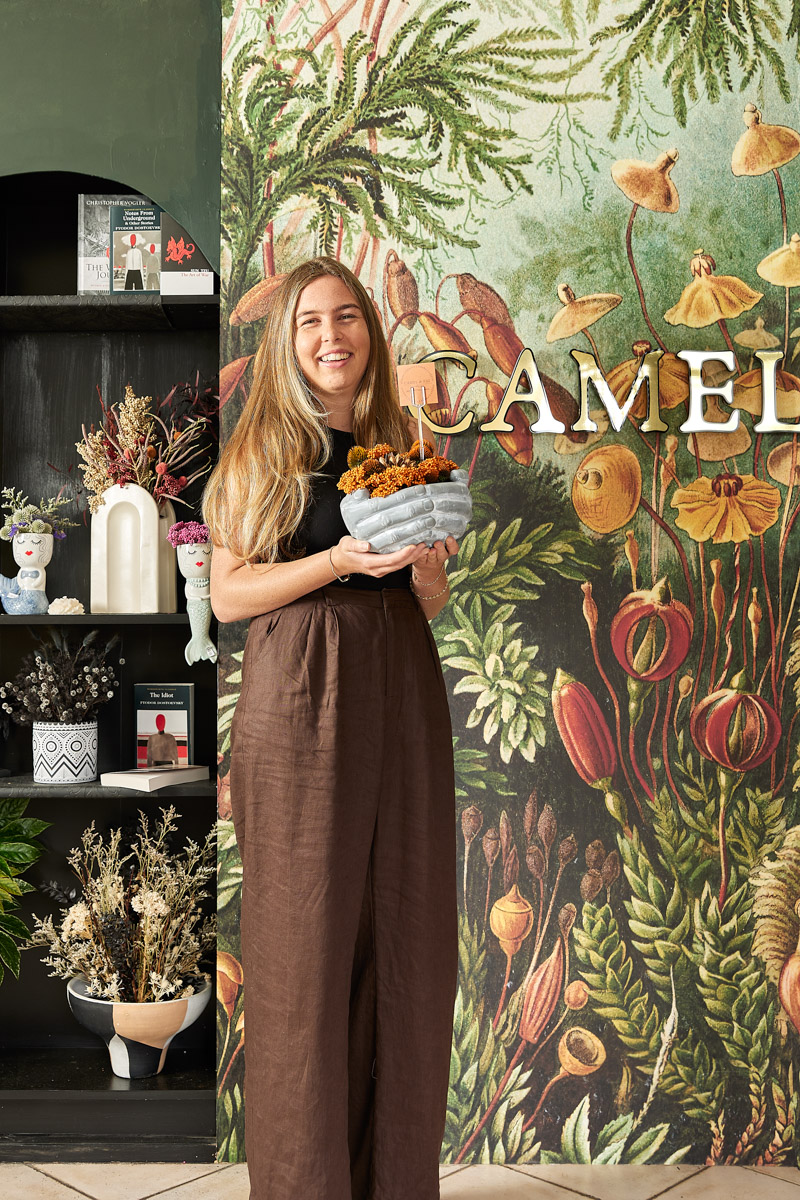 Meisha’s storefront is on nearby Cowper Street, a stone’s throw from the Glenelg Event Cinemas.

While she mainly sells plants and flowers, it is an eclectic and less obvious product mix for a beachside location. So too is her décor, which features wallpaper with old-style illustrations of botanical specimens.

“We’re all drawn to those natural, earthy colours and it perfectly encapsulated the look that we wanted for the store and the new energy that we wanted to bring down to Glenelg,” she says.

“I’ve lived near Glenelg my whole life. We understand the local community and saw that we could provide a different space.”

Georgie Jamieson of MediPedi chose to open a third Adelaide clinic on Jetty Road because of the foot traffic that comes with being alongside an eclectic mix of small businesses and restaurants.

“MediPedi has worked on other high streets – on King William Road and The Parade,” Georgie says.

“We were looking at a beachside location and felt like Jetty Road captured everything we needed.”

Georgie’s client demographics reflect the wide appeal of the street and its value to locals as a shopping area.

“We attract ages anywhere between thirties to retirees,” she says.

“It’s people who are looking to maintain their foot health in a hygienic and clean way… with absolutely, definitely pampering at the end.” 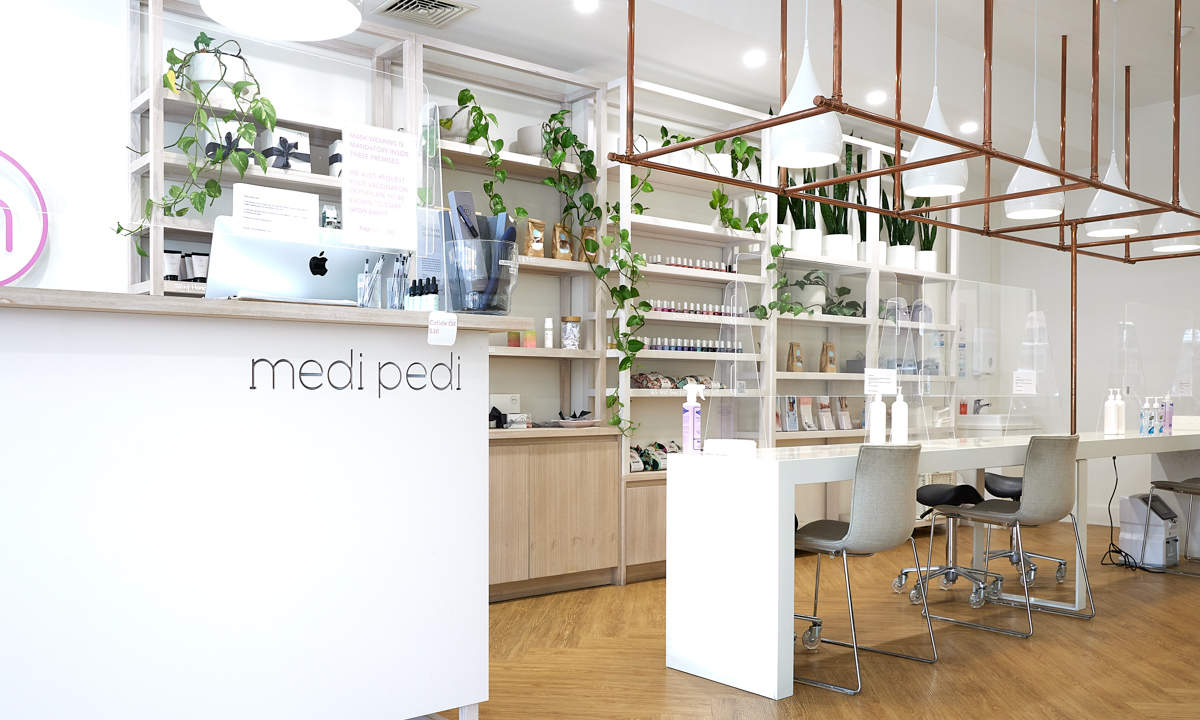 She thinks the concerts planned for the area in March are fabulous.

“In the current climate, anything that can get us out and enjoying life in the local area is wonderful.”

Tunes on Chapel is just the beginning. The sands of Glenelg beach will be the local stop of two much-anticipated, touring music festivals: By The C and SummerSalt.

SummerSalt will bring The Teskey Brothers, Xavier Rudd, Kasey Chambers and others to the beach for this family-friendly event, which has its own kid zone.

By The C promises a good time, with music that every Aussie over thirty should know the lyrics to. Headliner Jimmy Barnes will be joined by Vanessa Amorosi, Mondo Rock and other legends.

Over the same weekend, Jetty Road will be brought to life with the Glenelg Equinox Festival, a full-day street party making Glenelg a must-visit hub of dining, music, fashion and entertainment. 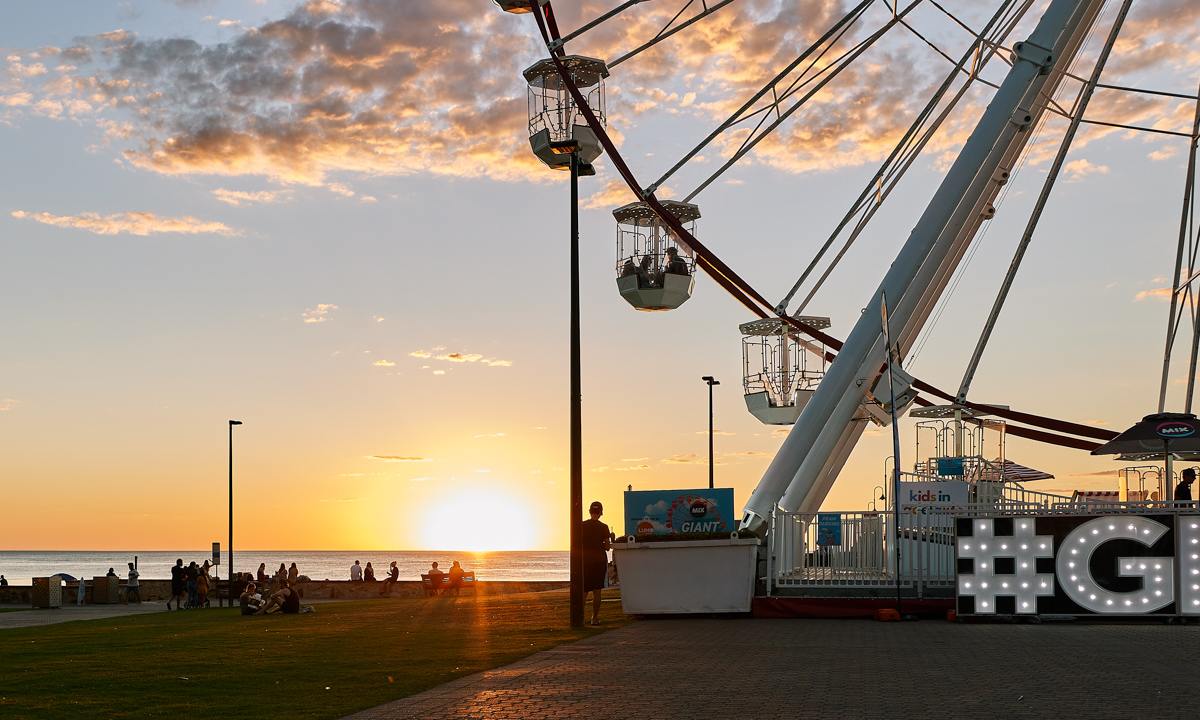 For those looking for a base from which to explore Jetty Road, the Stamford Grand has a Weekend Grand Retreat package from $285 for two people.

This includes breakfast, a seafood tower in the Promenade Restaurant and a complementary cocktail each in the Horizons Cocktail Lounge, parking and late checkout.

However, we all know the view from the rooms is the real crowd-pleaser. Even the pool offers up something special.

The corner balcony where it is located delivers a panorama of Moseley Square, Jetty Road and the beach. (Although the joyful rotations of the Ferris wheel will limit the view of the main stage on concert days.)

With so much on, plus shopping and dining every day, Jetty Road is proof living local is living large.

The seaside is calling. See you soon at Glenelg.

Get the most out of Glenelg this summer

Head outside for retail therapy

Party in the street

Get your touring festival fix

Swoon over State Opera’s performance of an epic love story