Every drop matters at Banrock Station

In addition to the international reputation of its wines, Banrock Station is also known for the significant effort it has put into conserving the ecosystem of the beautiful wetlands surrounding its Riverland cellar door.

In the heart of the Riverland, a 2.5-hour drive from Adelaide’s city centre, an oasis sits along the River Murray.

This article was produced in collaboration with Banrock Station and first appeared in print for CityMag‘s 2021 Festival Edition, on streets now.

Banrock Station is a unique wine destination, with a backdrop that has received worldwide acclaim. Not only will passers-by stop at the cellar door for a glass of unforgettable wine, they’ll also take in the stunning rural scenery of wetlands as they sip.

The winery’s wetlands system teems with almost 1700 species of birdlife, plants and animals.

“People get the best of both worlds. They can come in and look around and experience the local merchandise and do wine tastings and wine flights and eat in our amazing restaurant.

“But they can also sit on the deck and overlook the vineyard and the wetlands and go on different walks down to them and watch the birds that flock there.” 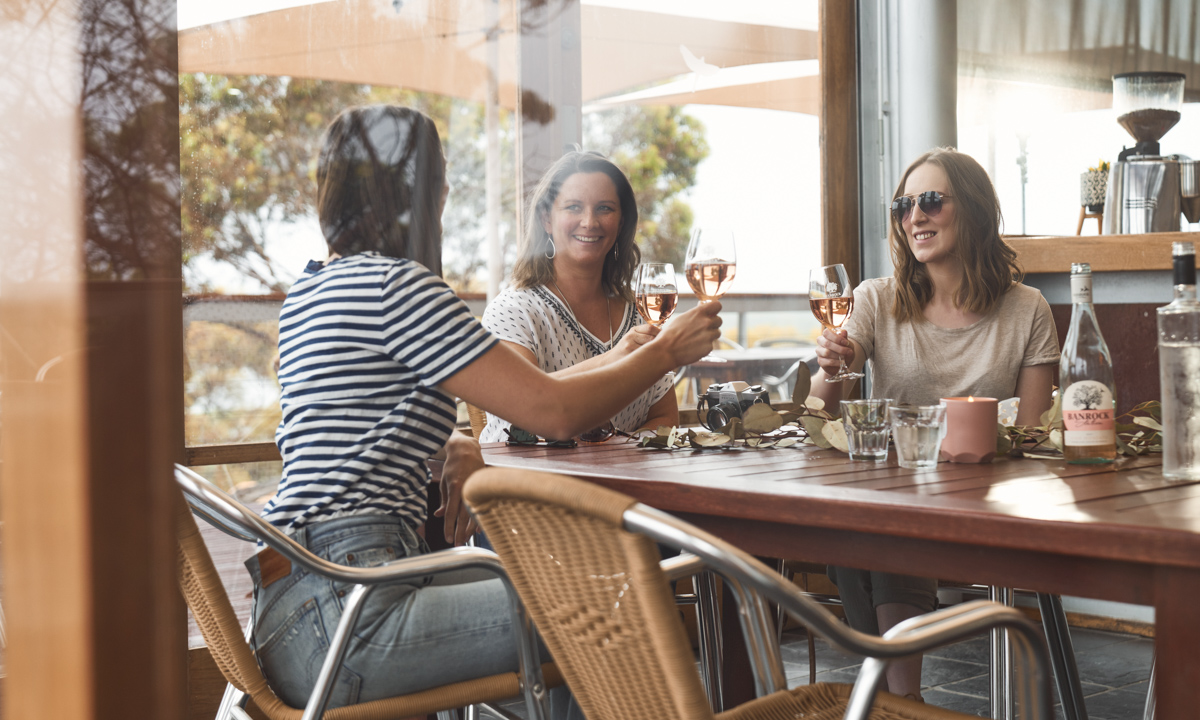 Banrock Station, now owned by Accolade Wines, has produced wine since the 1960s, with vineyards hugging the River Murray, and the cellar door about three kilometres north-west of Kingston on Murray.

The plot of land is known for its preserved natural beauty, where native flora and fauna are allowed to co-mingle. Banrock’s website spruiks both these elements as key to its “consistently great tasting wine”.

Amy says one of the things that still surprises guests is the sheer size of the site.

“It blows them away,” Amy says.

“It’s all about the wetlands and the boardwalks and throughout the walking circuits, we’ve got seats so you can just sit as long as you like and take it all in.

“From the city, it’s probably about a 2.5- or three-hour drive depending on where you are, but I would recommend people overnight it here and spend the afternoon on the deck relaxing and stay the night at one of the local caravan parks.

“It’s just a great experience, and a great environmental experience.”

Banrock Station’s restaurant, headed by chef Rebecca Cash, serves up dishes during the day and sources as much produce from the region as possible.

Local Murray cod, porterhouse and a braised fig and leek tart are some of the dishes that feature on the compact menu, as well as a number of desserts. 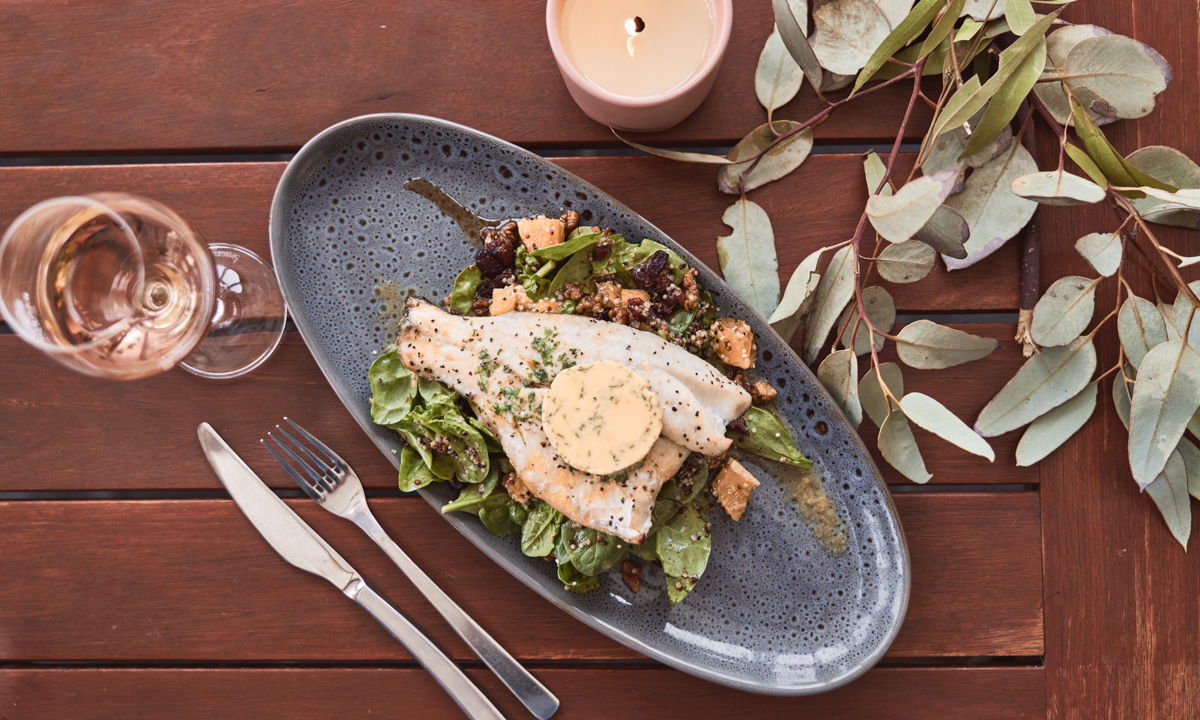 While Amy talks up the indoor experiences, the site’s wetland manager and ranger Tim Field talks excitedly about what’s on offer outdoors.

The floodplain wetland was restored almost 30 years ago and is now one of only 20 sites along the lower River Murray to have been returned to its natural water cycle, Tim says.

Tim says Banrock Station has also donated $6 million since 1995 to more than 130 environmental projects in thirteen countries. This includes restoring 1000 hectares of wetlands in the Riverland, in partnership with Landcare Australia.

In 2016, Banrock Station partnered with Landcare to plant more than 80,000 trees, and from January this year it has committed to planting 100,000 trees every year.

When this was announced, Landcare Australia chief executive Dr Shane Norrish said the relationship with Banrock Station was key to “restoring our valuable natural assets and native habitat.”

For Tim, there is little else that can compare with the rare birdlife on view at Banrock Station. He considers it a significant “drawcard” of his workplace.

“If you are coming to a regional cellar door that is around a wetland with walking trails, you can see the birds up close and that provides a point of difference,” Tim says.

“Also, if you’re a consumer, the fact Banrock Station contributes a portion of the sale from each bottle sold back to an environmental project, that might entice you to come up here.” 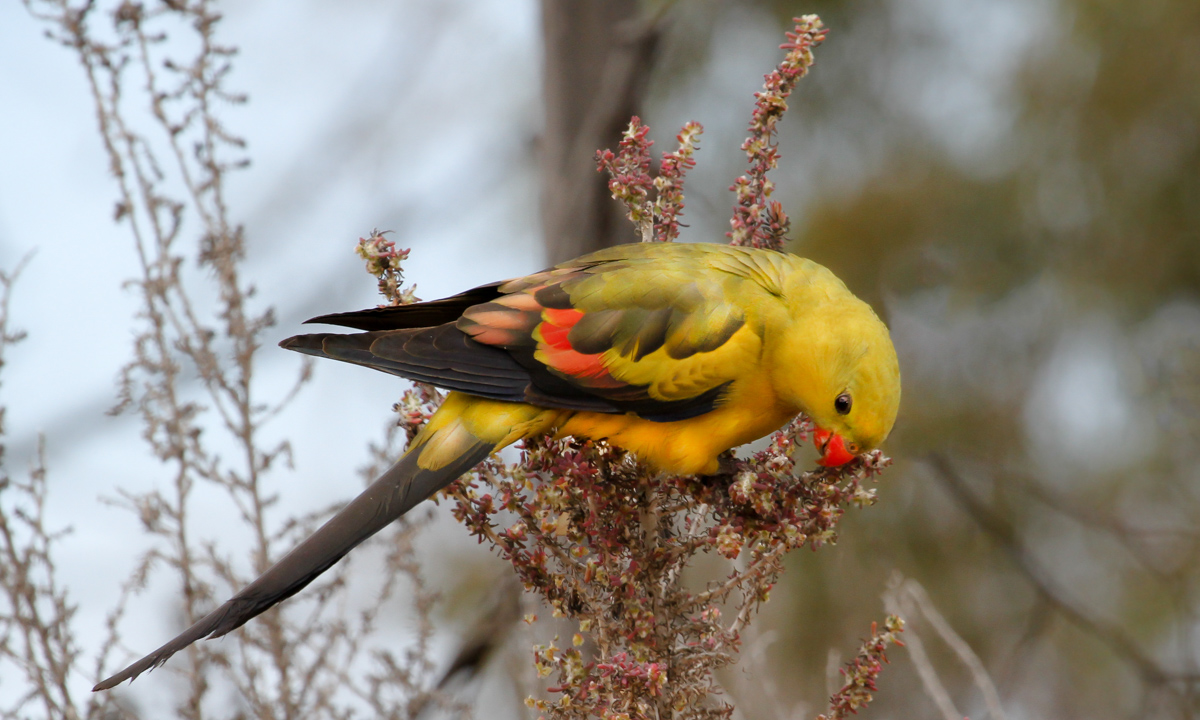 Keep an eye out for the regent parrot

Tim says there are 185 species of birds recorded on the property.

“It’s a good indication the wetland is healthy and has the food resources to sustain the number of birds,” Tim says.

It’s not just birdlife that’s returned to the area after long periods. The spiny daisy, thought to be extinct since 1910, was reintroduced into Banrock Station about eight years ago.

The green-grey coloured shrub can now be found blossoming across Banrock.

Tim says the walking paths offer a safe distance for guests to spot the birds without spooking them.

“There’s a lot more going on out here than people realise,” Tim says.

“It’s always great to see the fluffy gaggles of swans underneath the boardwalks in the wetlands.

“But I think the great thing about Banrock Station is the content of the work and the regeneration of the forest that has allowed the natural water cycle to be reinstated, and that’s what I like the most.”

Banrock Station is committed to preserving the planet; from the conservation project to maintaining the wetlands, and the commitment to plant 100,000 native trees and shrubs each year with Landcare Australia.

Every drop matters at Banrock Station.