Make the most of the COVID running boom with RunAsOne

With their professional running careers stalled due to COVID-19, Adelaide runners Riley Cocks and Izzi Batt-Doyle have instead founded running group and coaching service RunAsOne.

When COVID-19 forced gyms to close, a running boom followed, with increasing numbers of people choosing to jog in groups to keep fit and socialise.

This year, Riley made the Australian team for the World Athletics Half Marathon Championships. Izzi was set to tackle the Olympic Games qualifying standard in the 10,000 metres event.

Locked down in Adelaide and feeling unmotivated, Riley and Izzi saw an opportunity to use their free time to help family, friends and colleagues improve their running.

This saw the duo found their running group and coaching service, RunAsOne.

“During COVID, Vic Park was flooded with people,” Izzi adds. “We were stoked to see everyone running more, but also we were like, wouldn’t it be great to guide people through that process.”

“People have had to be a bit more creative and really use the community that we’ve got here by building virtual races, smaller group time trials and personal challenges to get through a time where it’s quite easy to lose track of goals,” Riley continues.

Riley and Izzi started to coordinate weekly sessions at Pakapakanthi Victoria Park in June, accommodating every type of runner – helping some smash their personal best on Strava, and others prepare for the rescheduled City-Bay Fun Run in November. 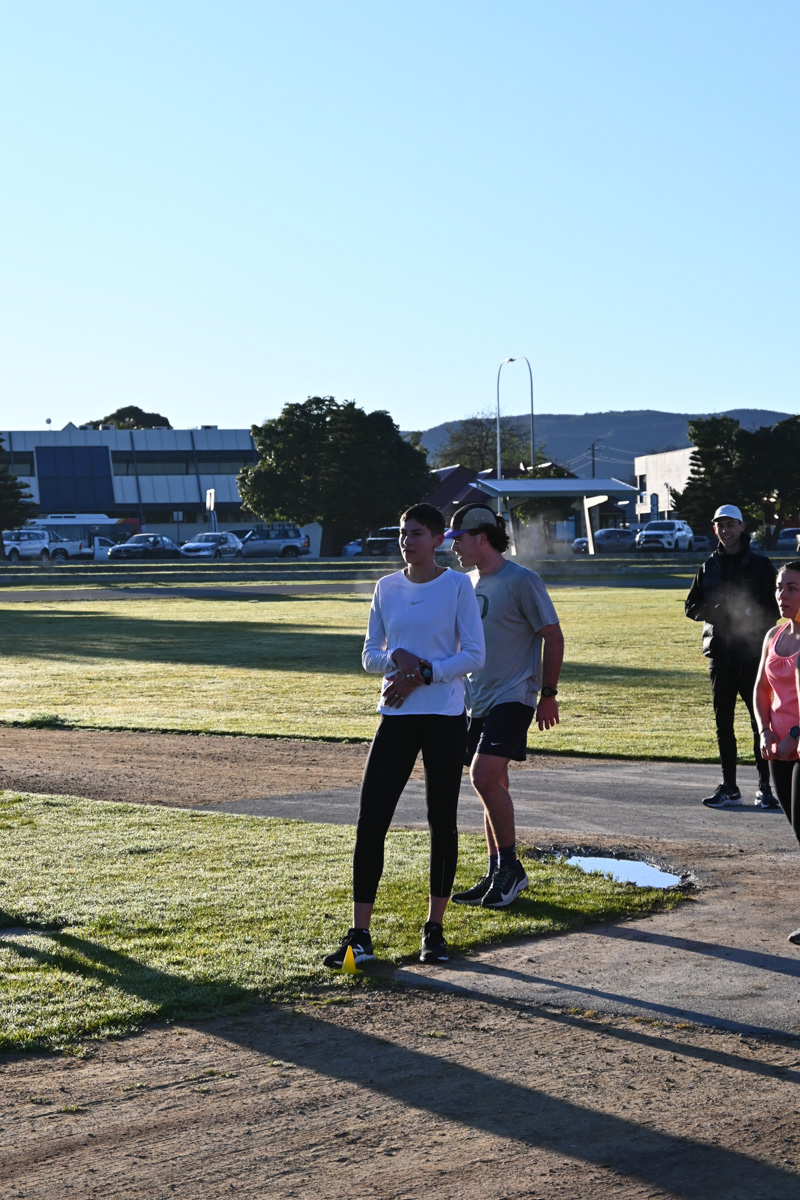 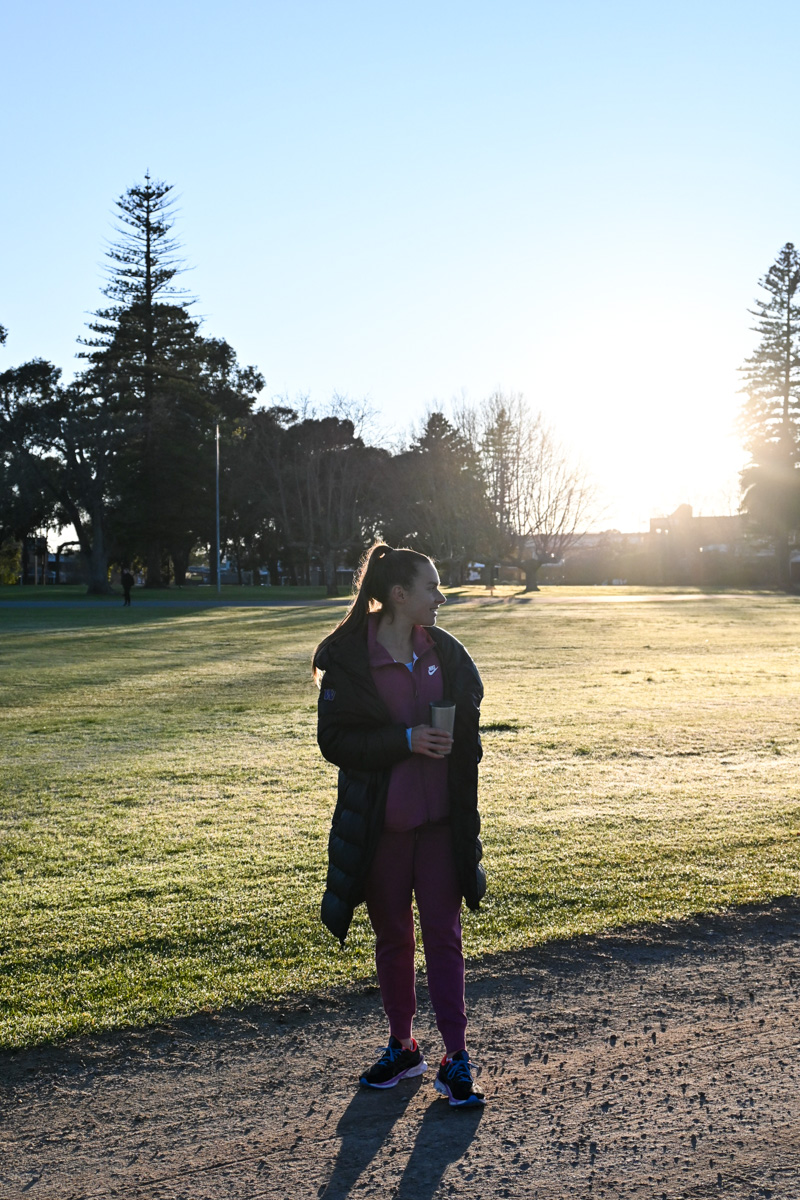 CityMag joined RunAsOne for a 6:45am session, starting at the Victoria Park grandstand. Riley and Izzi explain the course as the sun rises over Adelaide. The pop-up COVID-19 testing clinic sits in the distance.

The group gets going, moving together – one foot in front of the other – as their Garmin watches track pace and distance.

“We’re so lucky here, compared to somewhere like Melbourne,” Izzi says. “It’s just the fact that we can still run outside for over an hour and we can run in groups not restricted.”

RunAsOne members are grateful for the opportunity to motivate each other and learn from elite runners like Riley and Izzi. It’s also a chance to socialise: overheard are conversations about a tight hamstring, a book you must read, and why someone’s cat kept them up the night before – “first world problems,” they say.

As the group weaves their way through part of the Adelaide 500 race track, Riley shares why spaces like this are vital.

“There’ve been plenty of other areas where we used to run that are now car parks or roads. So, keeping the parklands is essential for health and wellbeing and giving us the ability to have things like this so close to the city,” he says.

“We tailor each session so everyone is running together, no matter their ability.”

While we’re speaking, some runners finish and cheer on the rest of the group close behind.

Running can be about winning, but, if anything, 2020 has taught these athletes and amateurs it’s not about where you’re going, or how fast you get there. It’s about the community you have around you when you cross the finish line. 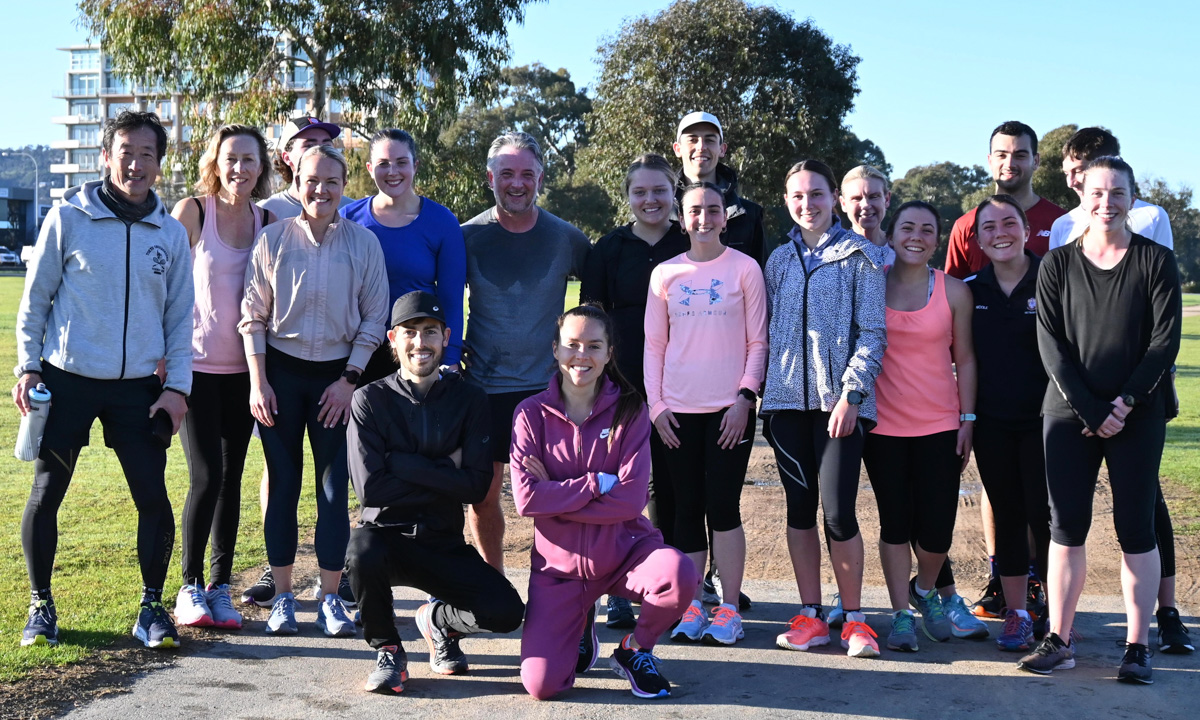 Riley Cocks and Izzi Batt-Doyle kneel in front of the RunAsOne group. Spot the CityMag writer.

Groundfloor Radio is hosting a ‘marathon of music’ next weekend

Home for the holidays