With ocean blue and pastel pink hues, a vinyl-only music policy, and a seawater and sourdough pizza recipe that references pre-First World War Naples - Madre is something else.

As promised, Pizzateca’s CBD pizzeria offshoot, Madre, opened on Wednesday, 31 July with almost no fanfare – a countdown clock on the pizzeria’s Instagram Story the only clue.

CityMag arrives 15 minutes before the inaugural service begins and owner Tony Mitolo and restaurant manager Suzanne Pagnozzi have stolen away to the back of the shop to regroup before the doors officially open.

It’s not long after dusk and the light on Gilbert Street is silver except for Madre, which emits a warm glow through its refurbished-timber and open glass façade.

At 6pm, Suzanne welcomes us into the restaurant, along with a few other eager diners, and seats us, a table of two, at a blue booth along the western wall. The room’s pastel pink walls are softened by lighting.

Directly in front of us, a large communal table quickly fills and we can catch glimpses of people chatting at the bar, in a not-wholly separated room at the building’s eastern end. To our right, the restaurant flows south and pink gives way to rich ocean blue.

At the very back, pizzaiolo Ettore Bertonati is busy at work beneath The Madonna – a statue and the restaurant’s namesake, or at least one interpretation thereof. 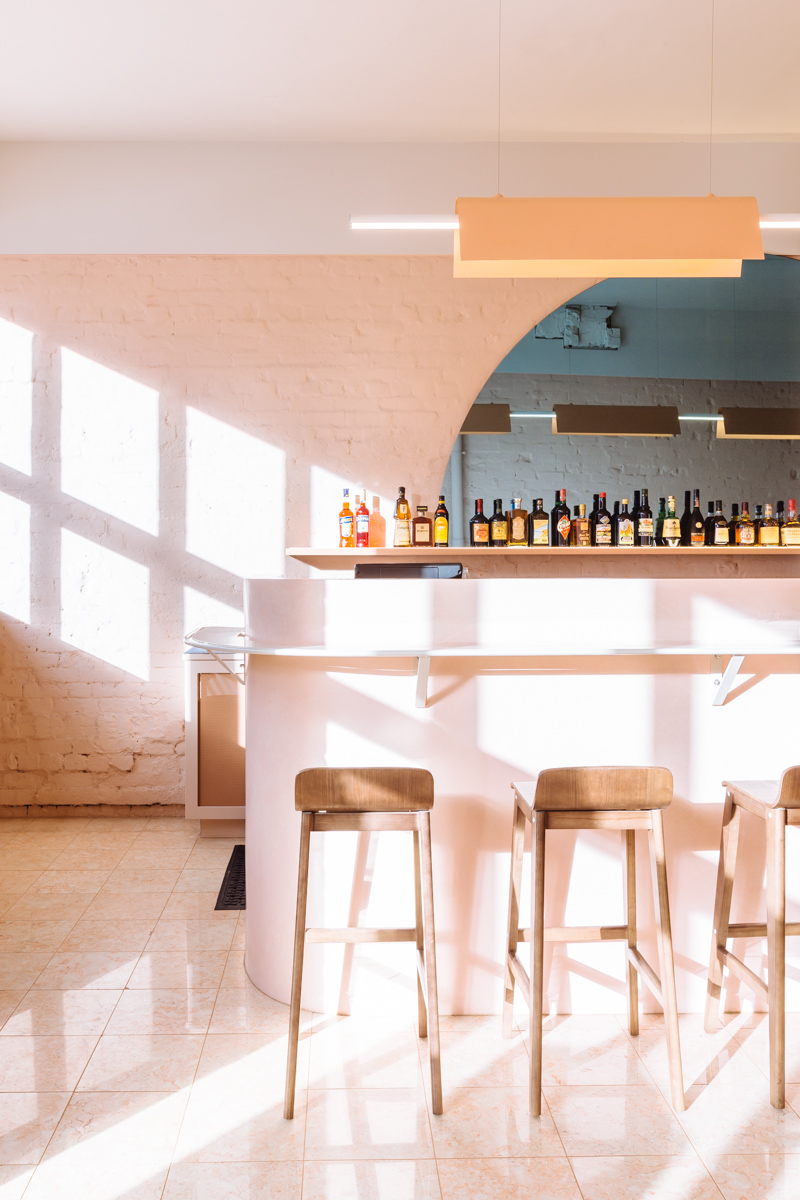 See you at the bar

While much of the hype leading up to Madre’s opening has focussed on a Pizzateca spin off coming to the CBD, Madre’s concept and philosophy comes from Ettore.

The pizzaiolo came to Australia in 2013 and has consulted in restaurants across the country. He started work at Pizzateca in 2016, and quickly found a family away from home in the Mitolos.

They would often speak of Ettore’s dream pizzeria, and the idea quickly became a plan, which now, three years later, has become a reality.

Madre offers a super traditional take on Neapolitan pizza that uses in its base seawater (a second reference to the ‘Mother’ theme) and sourdough. The menu explains that this decision was made in reference to “Naples as it was before the First World War,” a period when “salt was a luxury and not something many people of Naples could afford.”

Ettore has had the mother dough (that’s three) since 2013, and because sourdough goes through an acid fermentation instead of an alcoholic fermentation, the result is a pizza that’s “more light [and] easy to digest,” Ettore says.

The pizza menu is concise – six options, plus three calzones (one wood-fired and two fried). A pasta (changed daily) and a salad rounds out the mains menu.

On the small plates menu we find the pizza montanare – served as three small, soft, puffy pizzas made of the same dough but lightly deep-fried and then topped with fresh ingredients.  There are also morzilli, pizza-bread sandwiches, and frittura, or fried dishes.

The desserts on offer are pastiera napoletana, a wood-oven-baked short crust pastry; caprese affogato, a dark chocolate and almond flourless cake served with espresso; and a rhum baba.

From the bar, there is a generous list of aperitivi (if, for some reason, you’re not in a Negroni mood). There are local and imported beers in package and on tap. The wine list offers a range of Italian varietals, again both imported and produced locally, available either by the bottle, or some with an approachable by-the-glass price. 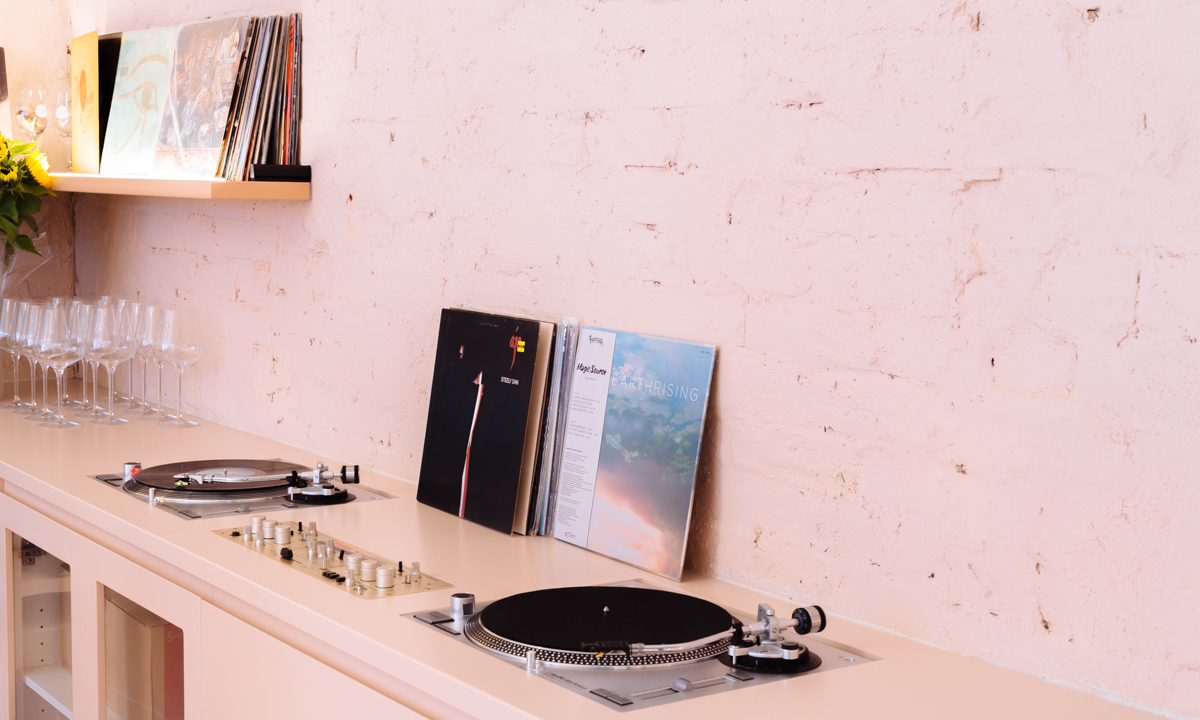 We’re talked through the menu and the restaurant’s underlying philosophy, then left to make our decisions. The restaurant becomes busy quickly, but  water on our table is rarely given an opportunity to empty ($3 for unlimited sparkling water, FYI).

The restaurant hums with life as we eat. One particularly important piece of the project, we remember Tony saying, is the backing music, which is strictly vinyl only.

“There’s a warmth and a glow,” Tony said back in May.

“You don’t have to have it so loud and overbearing that it’s getting into people’s ears.”

We haven’t been paying attention enough to note the artists or the songs on the night we visit, but we do note there is no feeling of reverberating sound competing with itself, as is the case in so many cafés and restaurants with harsh surfaces.

Here the sound seems to soak into the walls around us, the tables and chairs, eventually reaching our eardrums, we assume, by osmosis.

There is artistry in every aspect of Madre, not least of which is Ettore’s reverent dedication to his craft. If you, like Ettore, love pizza, you will also love Madre.