A little home off Gilles Street is proving to be just the right fit for the Steed family, who left a big house in the suburbs for a shot at CBD living. 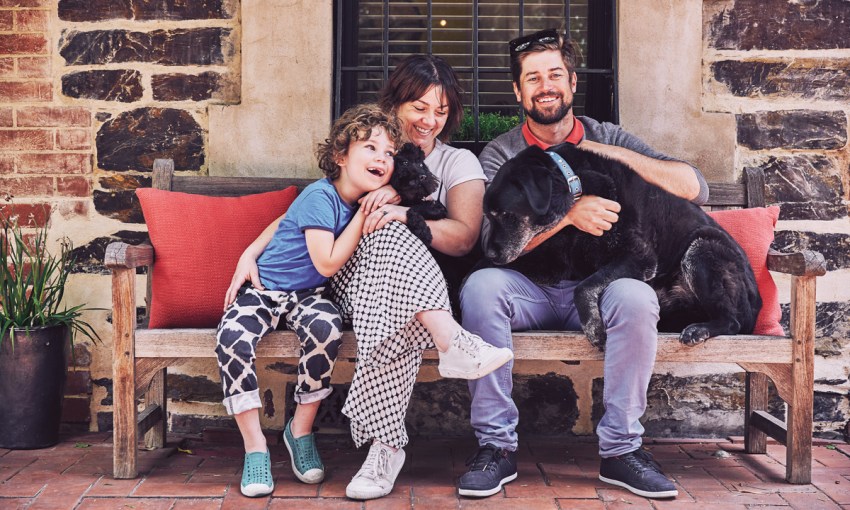 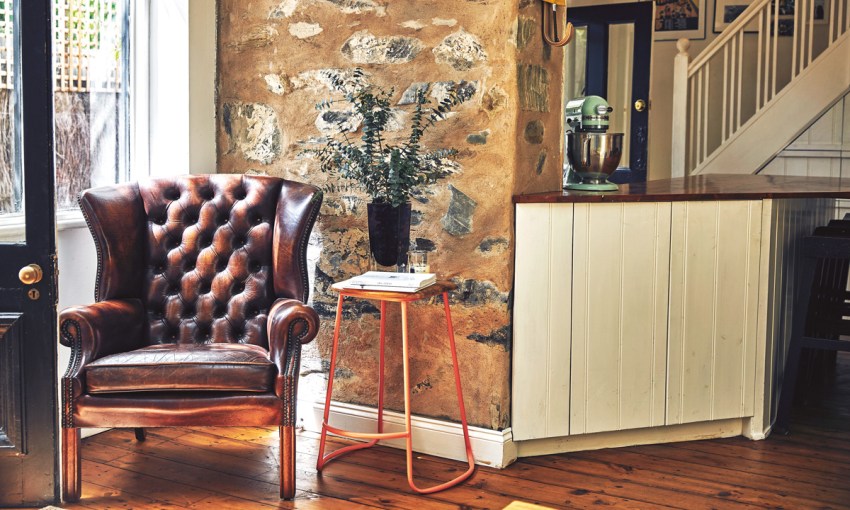 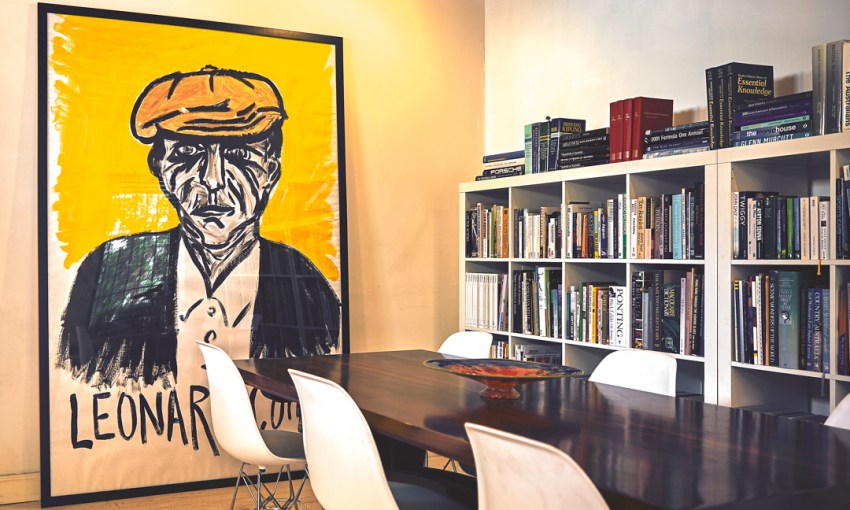 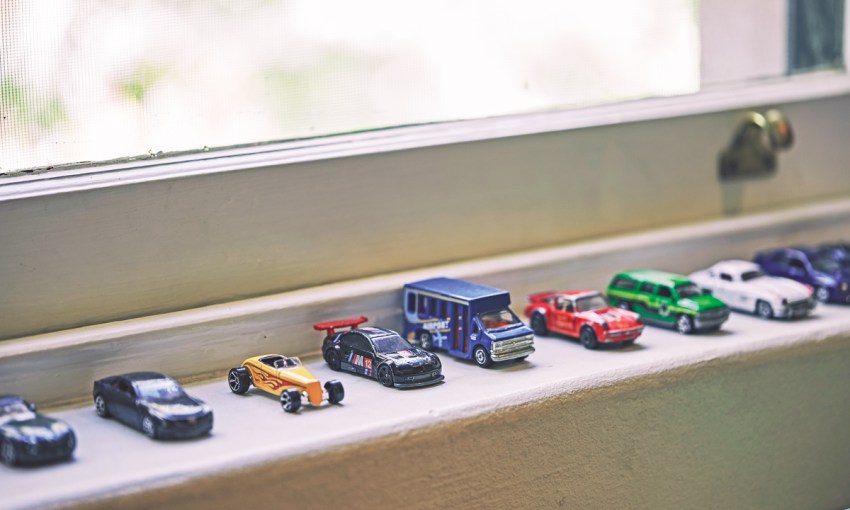 Ann-Marie and Sean Steed have been living happily inside the square mile with their six-year-old son Cohen for more than six months now, but people still question their decision.

Prior to moving into the two-bedroom, two-storey stone cottage off Gilles Street, the family had been living in a four-bedroom house in Fullarton.

“I think a lot of people think it’s a down grade,” says Ann-Marie. “But I see so much more to enjoy in this than I did in the other house.

“For a lot of people homes are about size, but for me that doesn’t mean anything at all.” — Ann-Marie Steed

“I think a lot of it is about what people see as special to them and what they would like to live in. For a lot of people homes are about size, but for me that doesn’t mean anything at all.”

“I felt like we were just working all the time on the last house,” adds Sean. “It could get dirty in one day and we were just always looking after it.”

Realising as well that the three family members and their two dogs – Fry and PJ – spent almost all of their time together in one room, the decision to downsize seemed sensible. 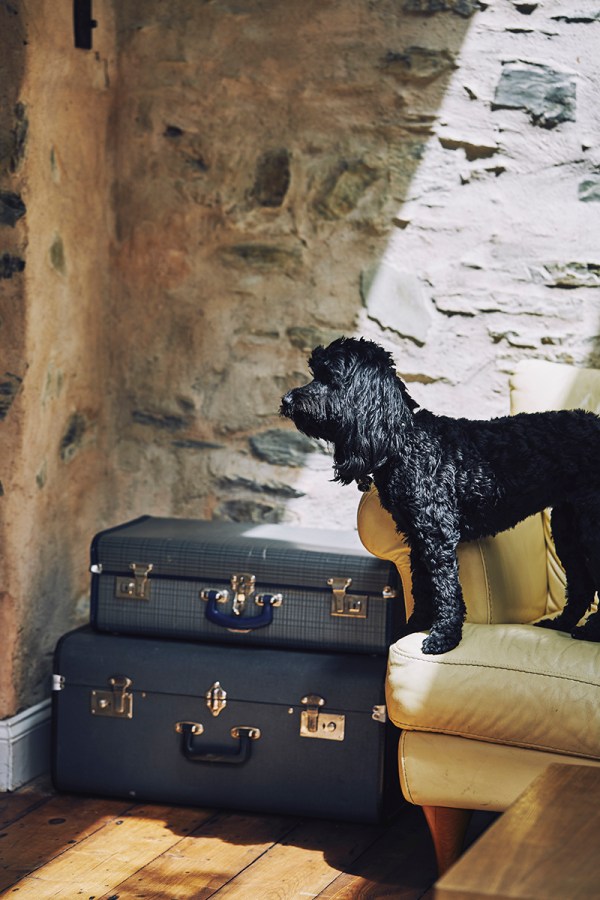 And choosing to do so by moving into the city was another deliberate choice made around quality of life.

“We lived in Sydney for a while and we lived in Glebe, and for us that felt like the most perfect scenario,” says Ann-Marie.

“We could walk everywhere, we would always be walking to get a coffee or whatever – and for me those things are a part of my life that I really enjoy.”

“We’re always trying to recapture that, so I guess the idea of coming back into the city is connected to that,” says Sean.

Both Sean and Ann-Marie work in the city, with Sean running his environmental consultancy from a Hindmarsh Square office and Ann-Marie basing Steed Designs – under which she paints and makes gingerbread biscuits decorated with beautiful art icings – at the family home.

While they were sold on the concept of finding a smaller home in the CBD from the get-go, locating the right style of home took a little longer.

The couple spent months looking at houses – “mostly those modern townhouse types,” says Ann-Marie – but when they saw the 1840 cottage tucked in between Gilles Street Primary and Pulteney Grammar School they knew it was perfect.

“As a family, this house ticked all the boxes,” says Ann-Marie. “We literally have a private laneway so Cohen can ride his bike out the front, we can walk to school, we can walk to work, everything is child-friendly here. So it didn’t really impact him going from a suburban house to here.” 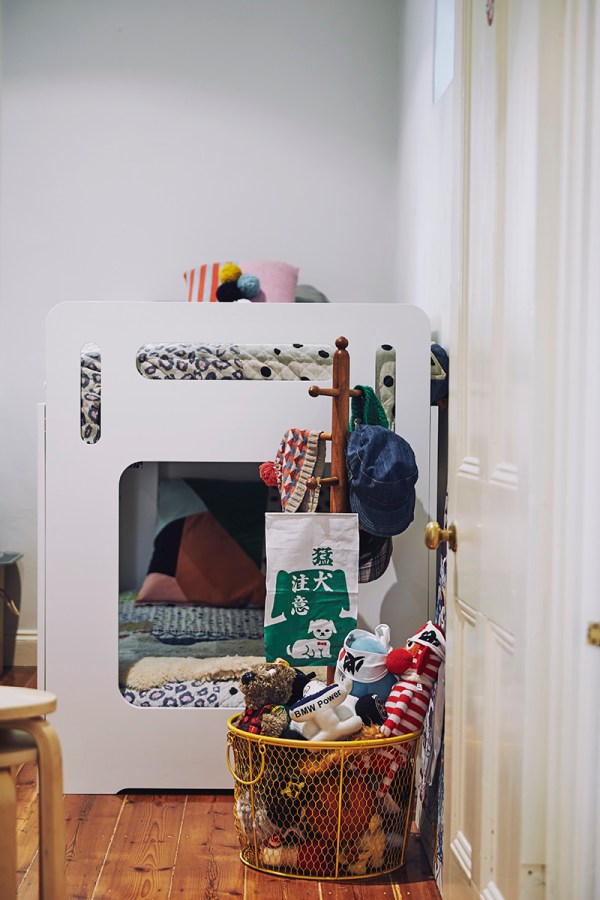 Even Cohen’s room has a purposeful but fun aesthetic

Fitting their life and all its accoutrements into the much smaller home could have proven challenging, except Ann-Marie and Sean realised just how many of their things were superfluous.

“It was all just stuff we needed to get rid of,” says Sean.

“And even though we got rid of half of our things, the things I got rid of, I don’t even know what they were now. So it’s not like they meant anything to me.”

The only challenge has been the artworks. The couple’s collection is so prolific it basically covered every wall in their former home. 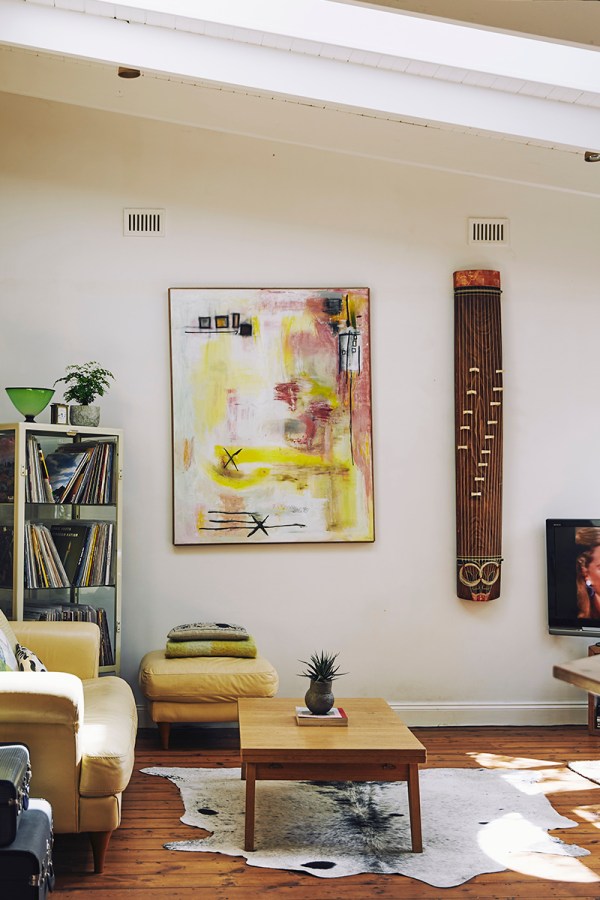 But through fastidious culling and use of the advanced aesthetic instincts Ann-Marie has developed as an artist, their CBD cottage now houses a carefully curated selection on its old stone walls. It’s an addition that makes the house feel like they’ll be at home here for a long time to come. 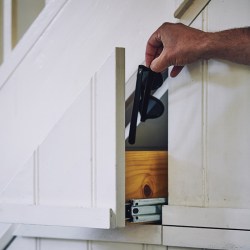 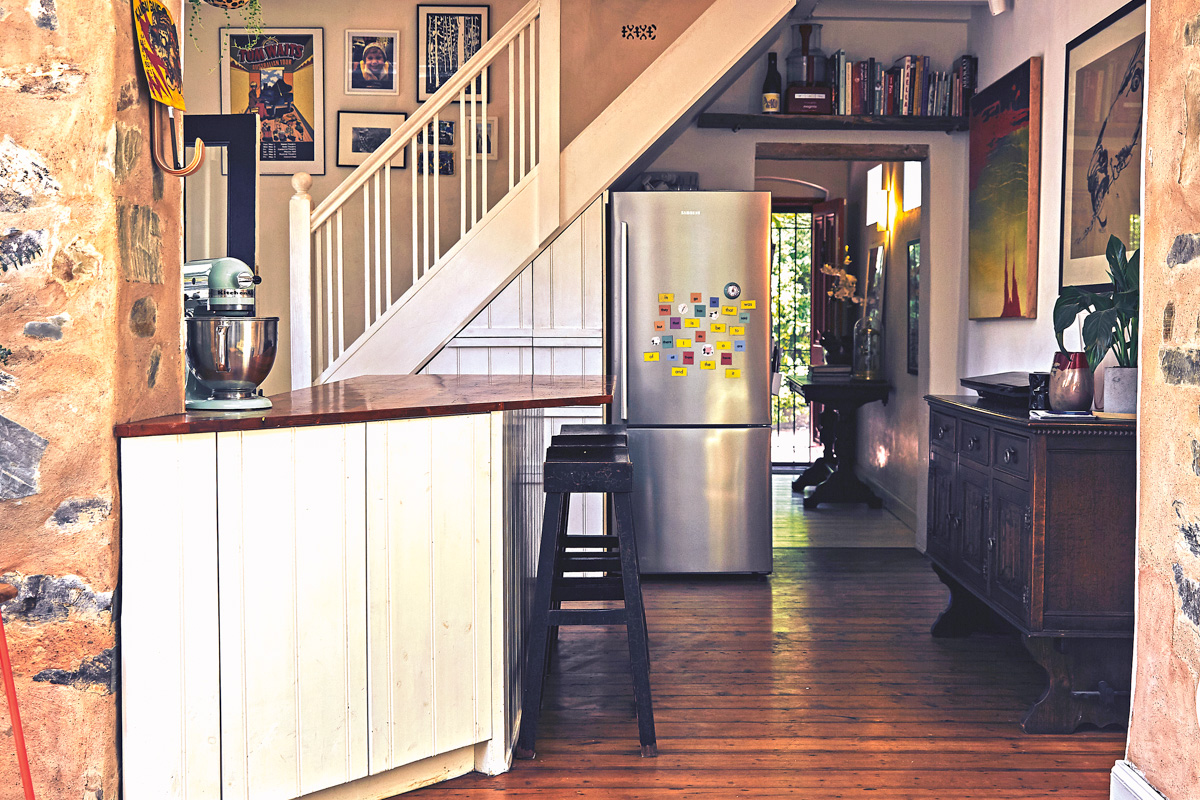 While the thing that made the Steed’s move to a smaller home the most workable was a realisation that they didn’t need nearly as much stuff as they used to have, there are some clever design features in their home that help.

One of them is the specially-designed pantry and drawers under the stairs – which were installed by the previous owner.

“We had this giant kitchen in Fullarton, and now we have a whole kitchen under the stairwell,” says Sean. “That worried me when we bought the house – where is all the stuff going? But it’s all in there.”

The second feature is the built in wardrobes that frame Sean and Ann-Marie’s bed upstairs. After getting some pricey professional quotes to purpose-build something for the space, the couple decided there was sure to be a better solution out there. 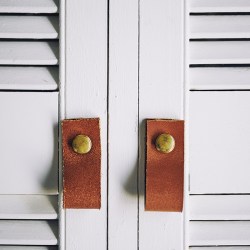 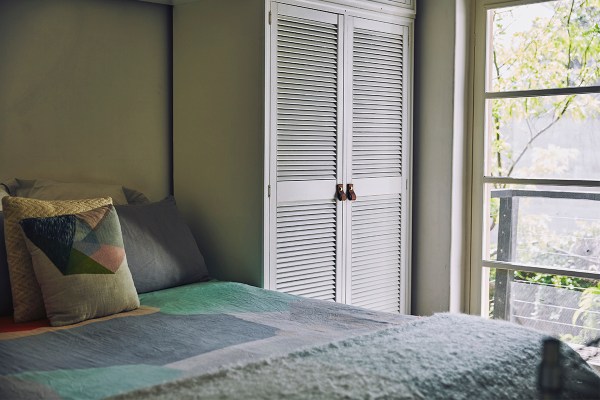 “In a bedroom with three doors and a balcony that’s not very big, everyone was thinking that doing a cupboard was very hard,” says Ann-Marie. “So, we found these old cupboards on Gumtree and cut some pieces of wood up and painted them up for shelves, and I made those handles myself.

“I think it went from a quote of about $7,000 down to about $400, which I was pretty happy about. And anything brand new would have not suited the room as well as this does.”