Everyone has a story

With his play 'The Season', Nathan Maynard has found resounding national relevance (and a lot of laughs) in one of his community’s annual traditions.

The Trawlwoolway Clan – of which Nathan is a descendent – has been visiting the granite island during hatching season, hunting the birds and collecting eggs for thousands of years. It’s a practice that’s maintained through a lot of change, so Nathan is unconcerned about a bit of rain. 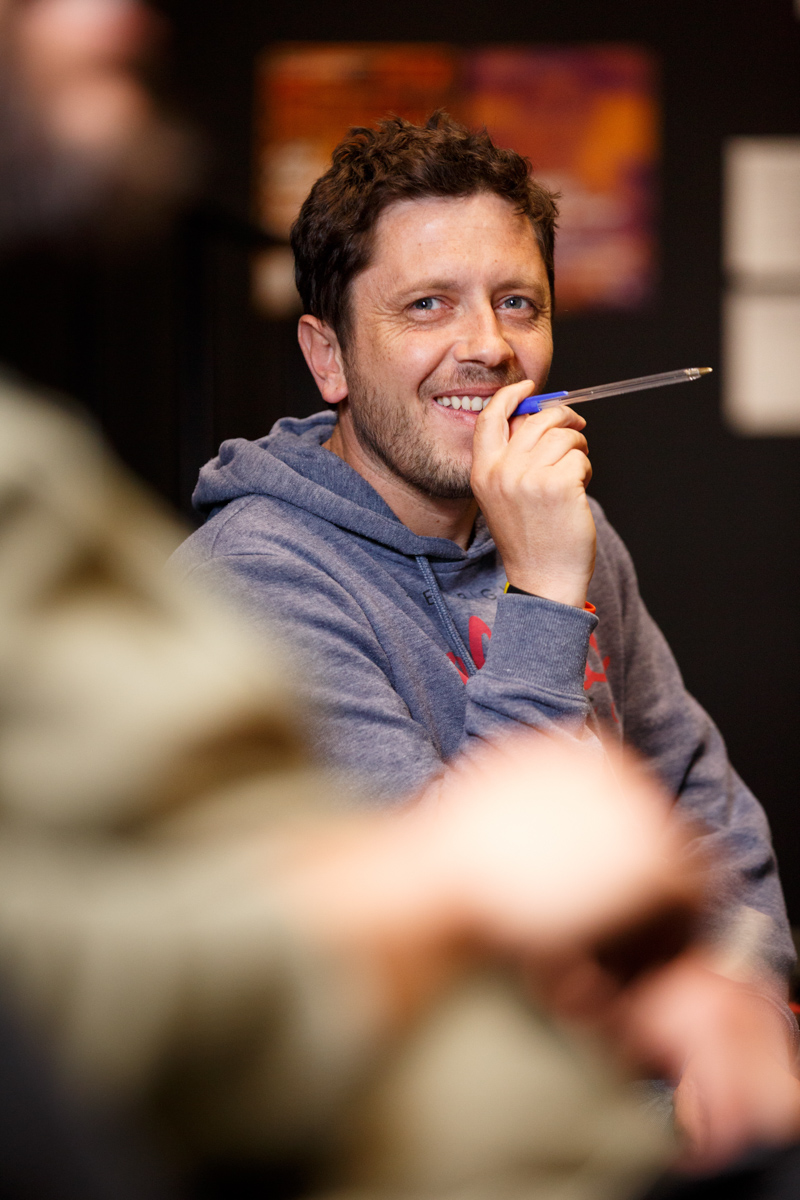 It’s also a practice that Nathan has immortalised in his debut play, The Season, which will tour to four South Australian theatres in August and September as part of Country Arts SA’s 2018 program.

While Nathan is now greatly in-demand and works across multiple mediums including TV, theatre, and film, he only started writing professionally in the first half of this decade. The Season, which has now played at the Sydney Opera House and as part of Melbourne Festival, was his first professional work.

“I used to love theatre when I was in high school but I didn’t think I could actually pursue a career out of it and no-one told me I could either,” says Nathan.

The Season is touring to Noarlunga, Port Pirie, Whyalla, and Mt Gambier this August and September as part of Country Arts SA’s 2018 program. More details at www.countryarts.org.au

“But, I ended up in a show for Terrapin Puppet Theatre and while I was there rehearsing the show and on the little tour we did, I just fell in love with theatre again.

“And with that audience, it meant I could potentially make a difference, and that excited me.”

The Season is close to home for Nathan. A mixture of comedy and drama, it follows members of the fictional Duncan family as they all arrive on the island for their annual muttonbirding trip. While the characters and story are fictional, the setting, practices, and sense of humour are closely modelled on those of Nathan’s own family.

Widely praised for capturing the strange blend of sensitivity and callous teasing that only occurs when families get together, The Season is a highly relatable conduit for Nathan to explore his central themes of the importance of cultural knowledge and self-determination.

“I think that I’ve done a reasonable job of putting such a unique and special part of our culture on the map,” says Nathan.

“I just wanted to celebrate that and my community does too. They were all behind me – I’ve got nothing but love and support from my community and that’s the best feedback I can get.”

In addition to The Season coming to SA via four regional venues, Nathan has also spent time locally mentoring other writers.

In May, he conducted a series of workshops in Noarlunga, Port Pirie, Whyalla, and Mt Gambier and a First Nation writers’ retreat at Narrung in Ngarrindjeri country along the Coorong.

Teaching is relatively new to Nathan, but having come to writing after being discouraged at school, he is keen to instil a sense of confidence in those aspiring to the craft.

“I come from a housing commission area and probably didn’t have the best experiences at school,” says Nathan. “Carrying that monkey on my back that I wasn’t the best scholar and that my English skills weren’t really up to scratch – carrying that can really weigh you down.

“But I suppose that I want to get the message across that your story will outweigh any grammatical inaccuracies, as long as its authentic to you.

“And also that everyone has a story, and if they want to tell their story, there are people who will listen.”