You should never leave home without a palette knife, according to Quentin Whittle – head chef and owner of Herringbone on Halifax Street. His examples of the tool’s use outside the kitchen reach all the way to stirring a macchiato but – on the public BBQ – the knife’s job is simple: flipping a piece of crispy trout skin.

The crunchy, salty skin is destined for a fresh pita, where it adds texture to a bundle of herbs, spiced grilled trout flesh, and yoghurt dressing that are huddled alongside it. 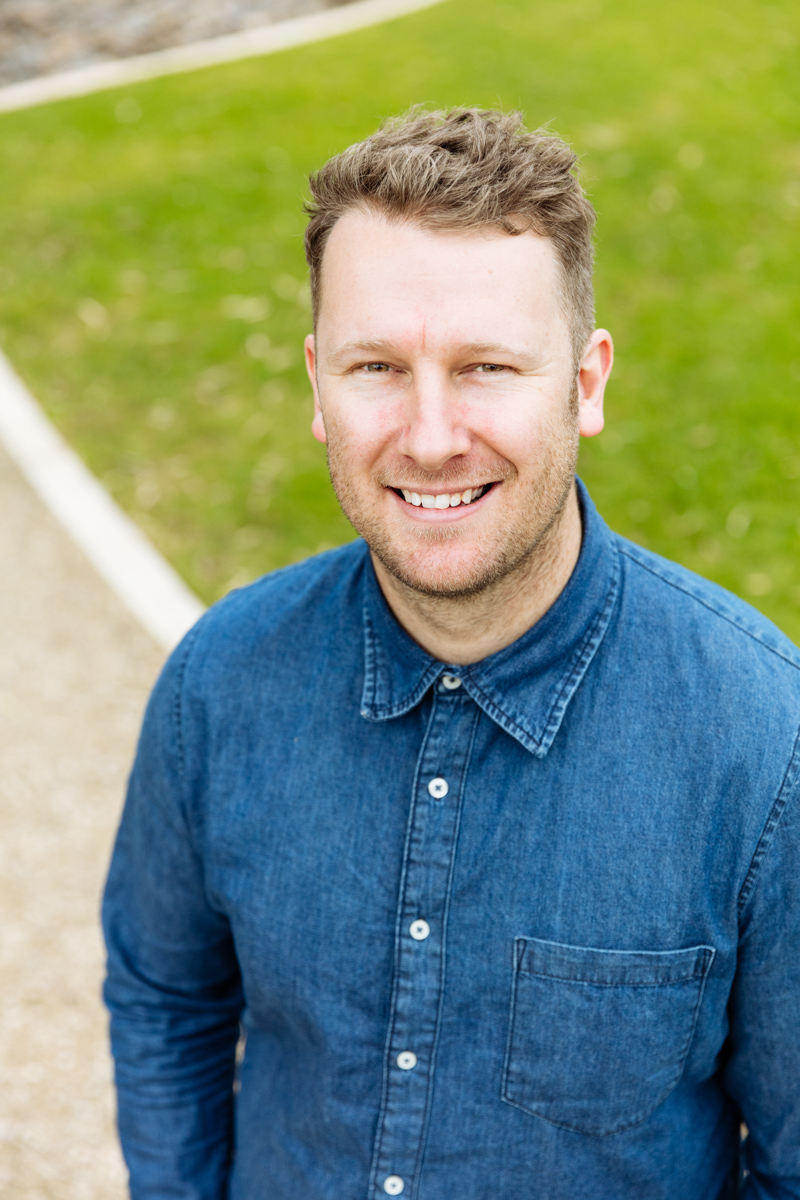 This dish may not be a menu item at Herringbone, but it can only be enjoyed park-side instead of in the lush dining room of the Sturt Street restaurant.

But long before he was planning menus at Herringbone, Quentin began his career in restaurants at the Novotel in the Barossa Valley.

“So I went and finished my apprenticeship at Bar Vinum, serving really local, seasonal produce. That was a really cool restaurant back in those days. It’s since shut. But that’s where it all started and I really got in to cooking.”

After a year as a sous chef at Bar Vinum, he ventured in to the city to work at the Melting Pot, before jetting off to Canada.

“I went to work in a Moroccan French restaurant,” says Quentin. “That was an awesome experience incorporating spice in to French cuisine. That has definitely made a big influence on the style and things I like to cook.

“It was a really unpretentious restaurant and I really liked that. It resonated with me after all the fine dining stuff and the cramped style of overworking cuisine.”

After arriving back in Adelaide, the need for culinary freedom stuck with him.

“I went back to fine dining again. I was at Magill Estate, Ridgemill Estate, and took a head chef job at George’s for a while,” says Quentin.

“Once again, I kind of got sick of the fine dining and took over a café in Colonel Light Gardens called The Stranded Store. That was a really good way to figure out what I wanted and to just break down the style and make really simple food.”

You can find Quentin in the kitchen at
Herringbone – 72-74 Halifax Street
Adelaide, SA 5000

Quentin and his team are careful to source their produce from local suppliers. And that endless inspiration sits hand in hand with Quentin’s main aim as a chef.

“In all seriousness. We want to cook for the people,” he says. “We want people to be interested in what we’re doing, excited and challenged.”

“The thing is with South Australian seasonality and produce it’s not just big seasons. There are such small pockets of produce that run for a short amount of time,” says Quentin.

“We deal with farm gate in the Fleurieu and that’s where a lot of those pockets of produce come in. Lots of them will have a short run of say, purple caulis, and they’re only around for a week then – bang – they’re gone again.

“Using stuff like that, for me, is really what gets me out of bed and inspired and getting in t the kitchen.”

Prep before the park:

Wash the cucumber, cos lettuce and all the herbs.
Mix yogurt + tahini dressing ingredients together. 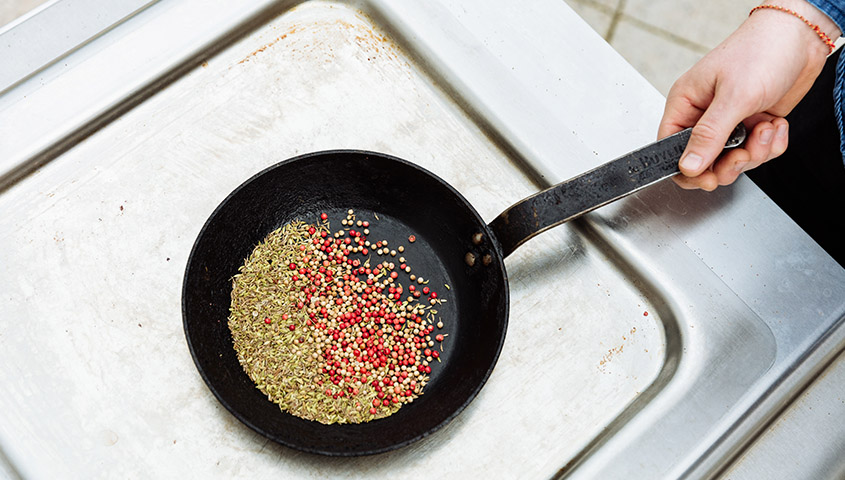 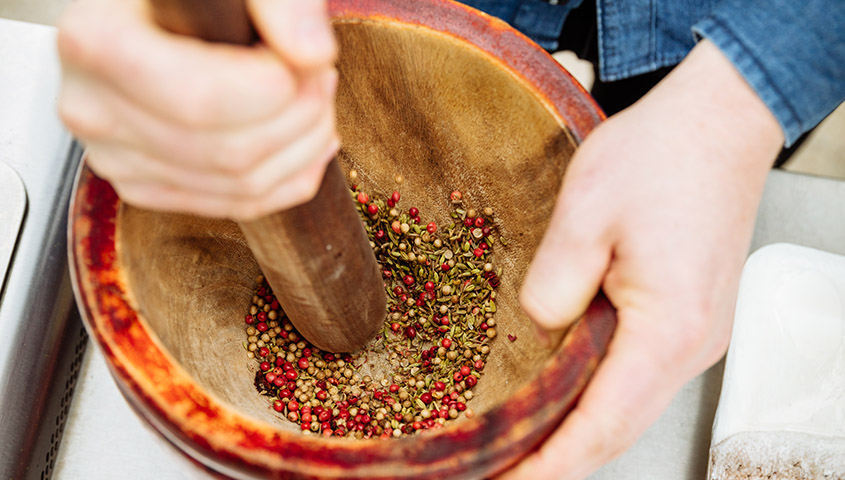 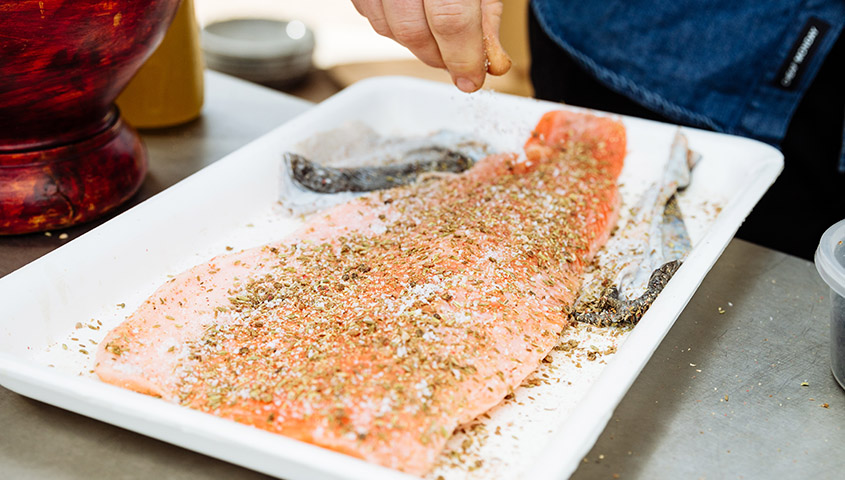 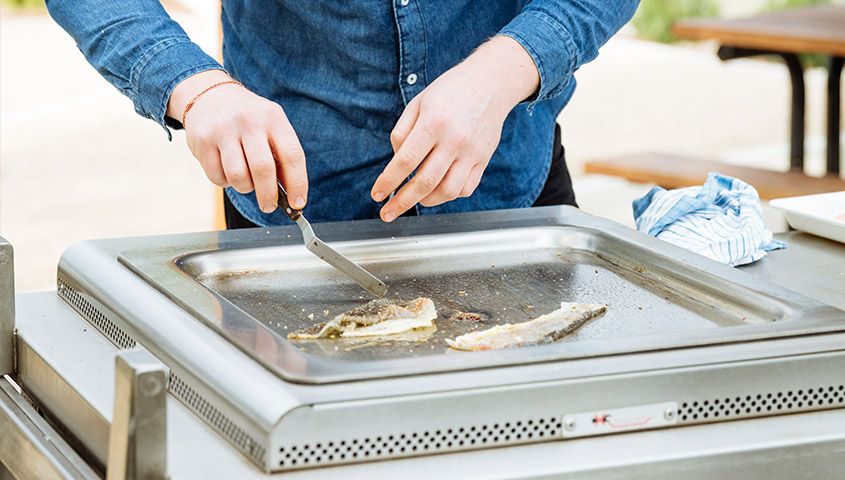 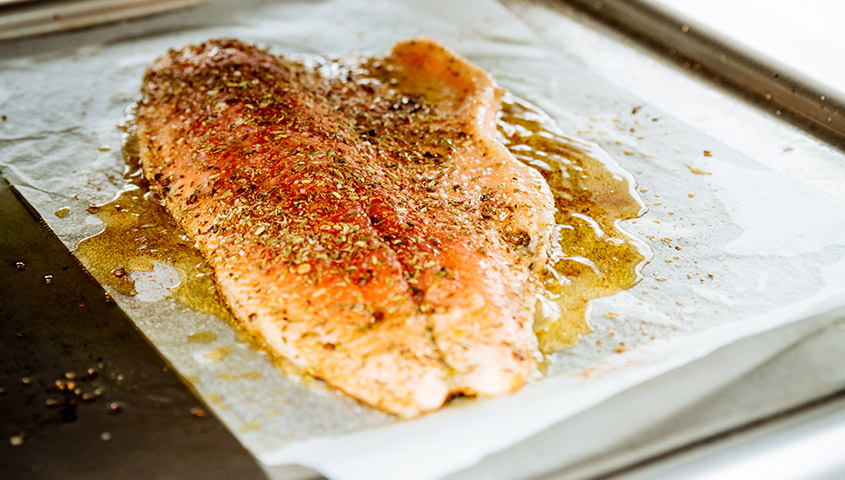 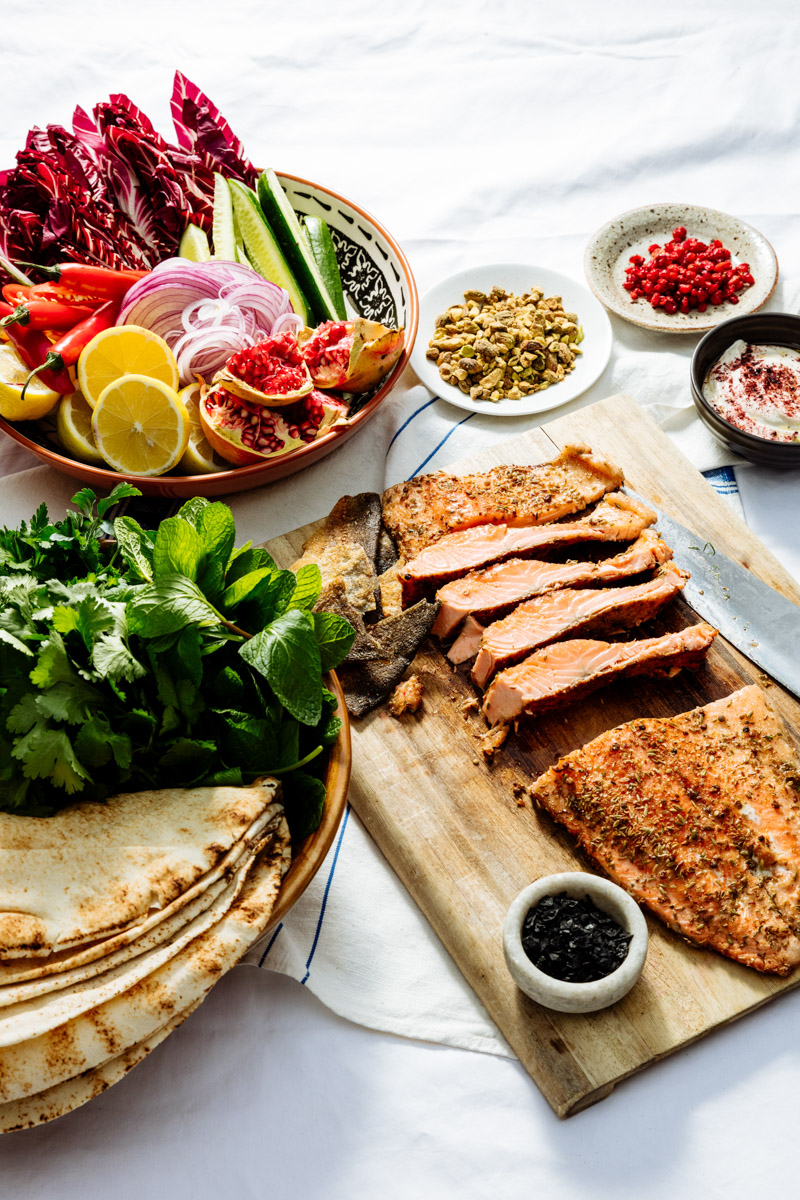 Cook the trout on one side until medium rare, so the middle portion of the meat is warm but still translucent.

Tip: You can shut the lid of the BBQ to finish off cooking.

On a platter arrange the herbs, cucumber, onion, chilli, and lettuce. Mix the barberries and pistachios then transfer to a bowl.

Plate up tahini yoghurt, lightly grilled flatbreads, side of trout, and broken up pieces of crispy trout skin.

Serve with cut lemons and sumac.

A note from the chef: This recipe is designed to be a casual DIY meal, where 6-8 of your mates can serve themselves, and also would be quite delicious as a salad without the flat bread.