It's dim and warm and glowing and your half passionfruit is on fire. Welcome to 1000 Island, Adelaide's first 'luxo-dive' bar with booths to stand up in and a dance floor to get down on. 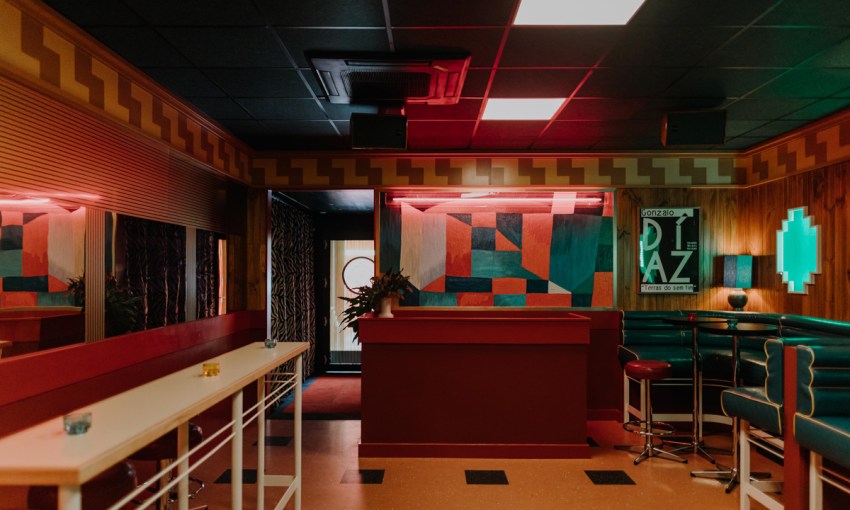 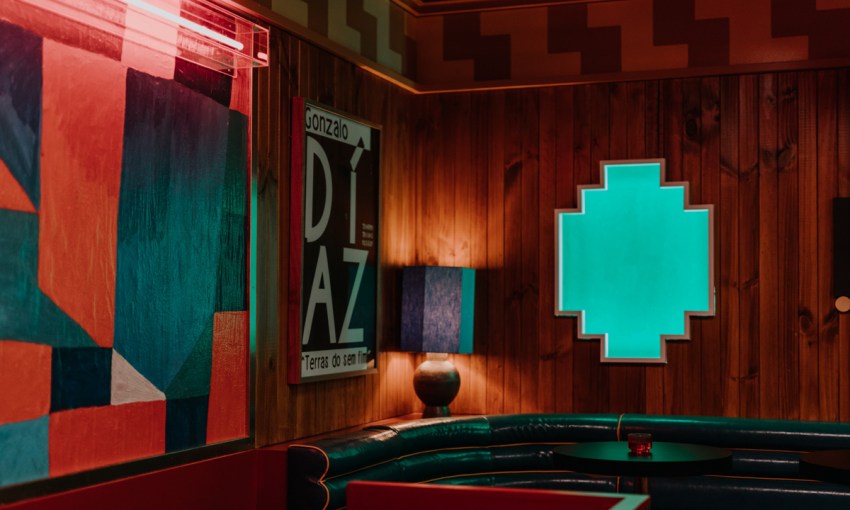 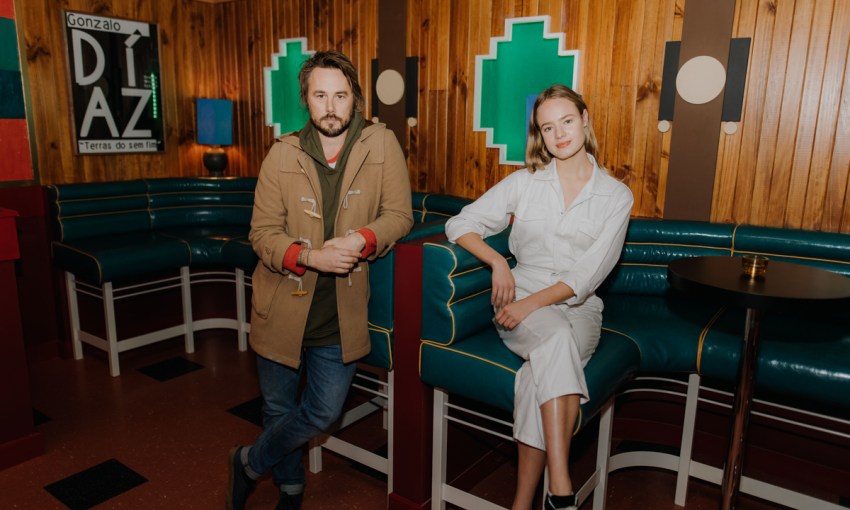 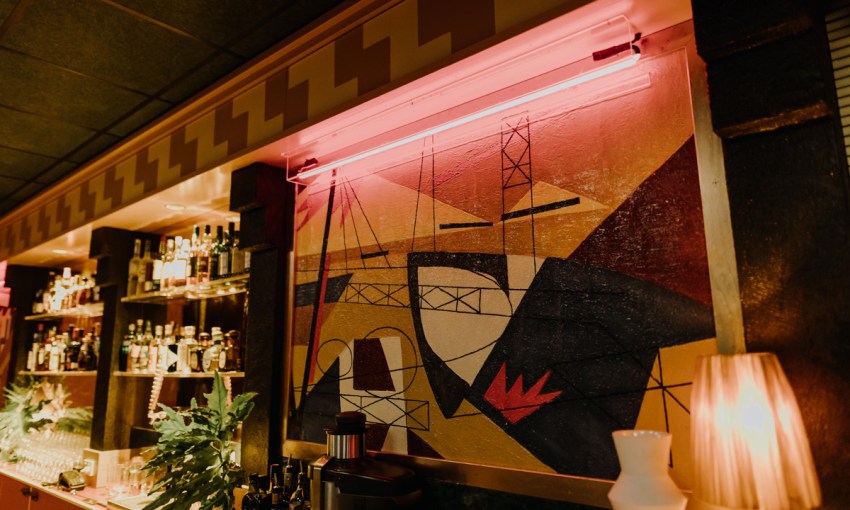 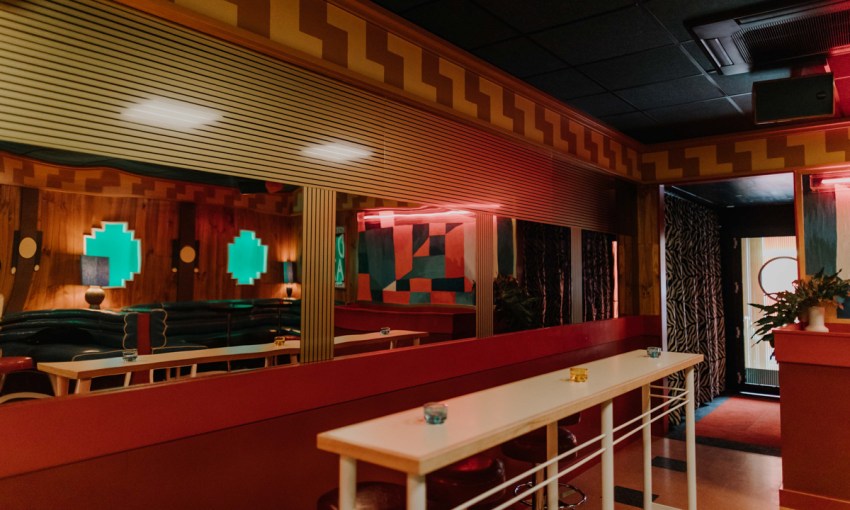 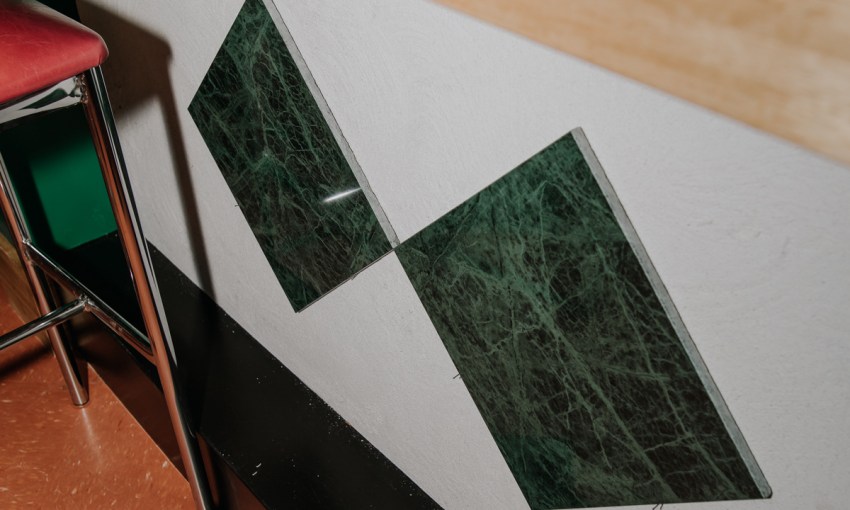 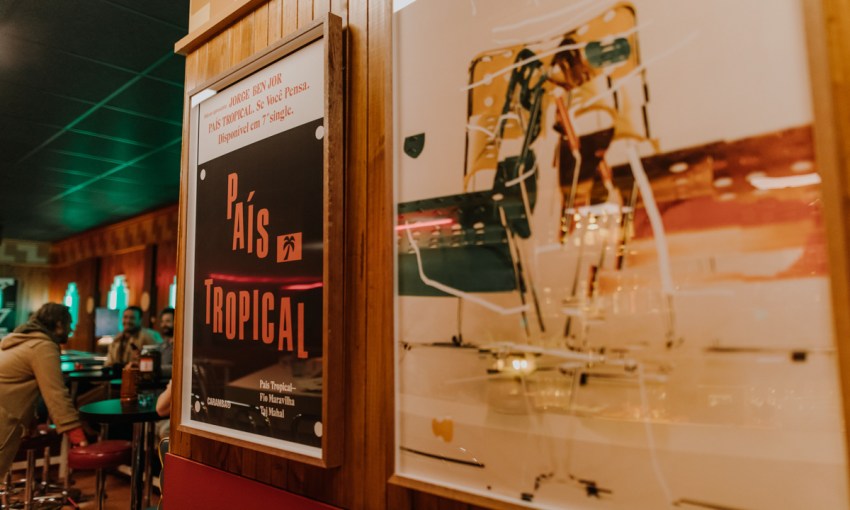 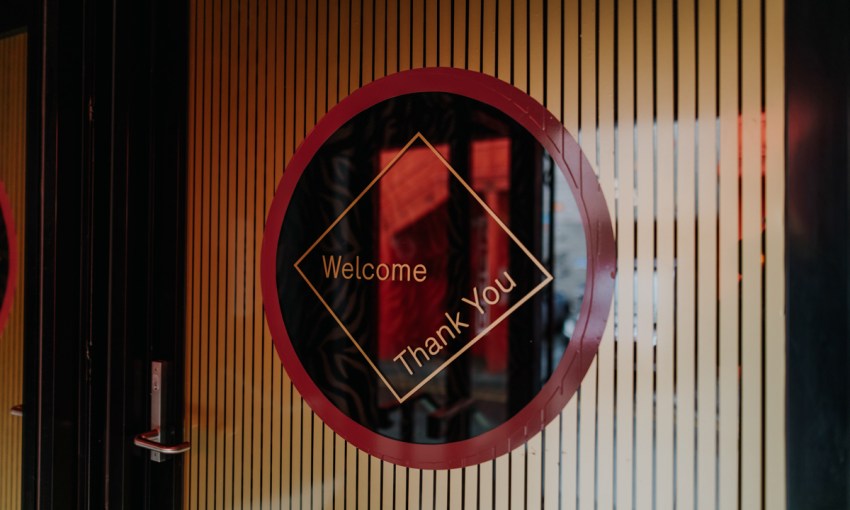 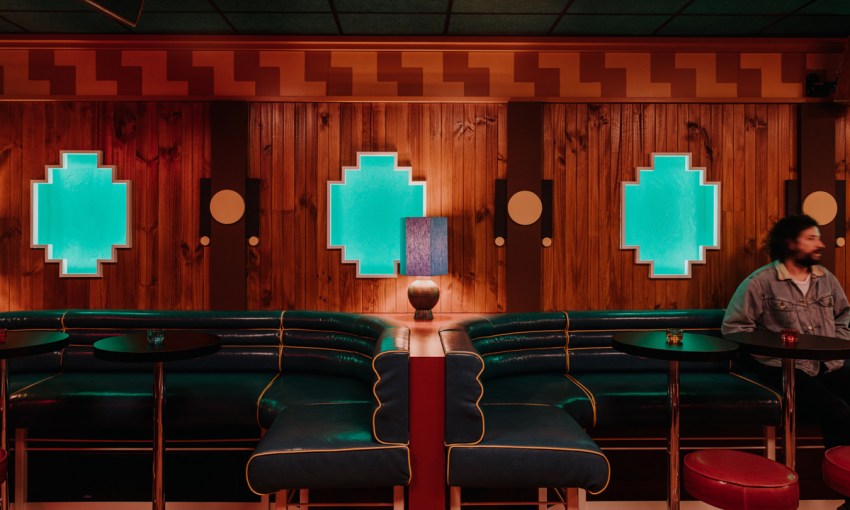 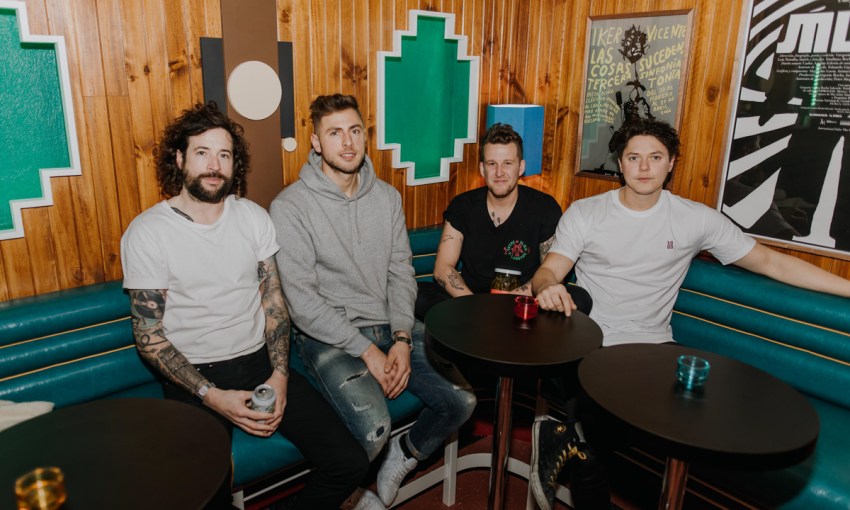 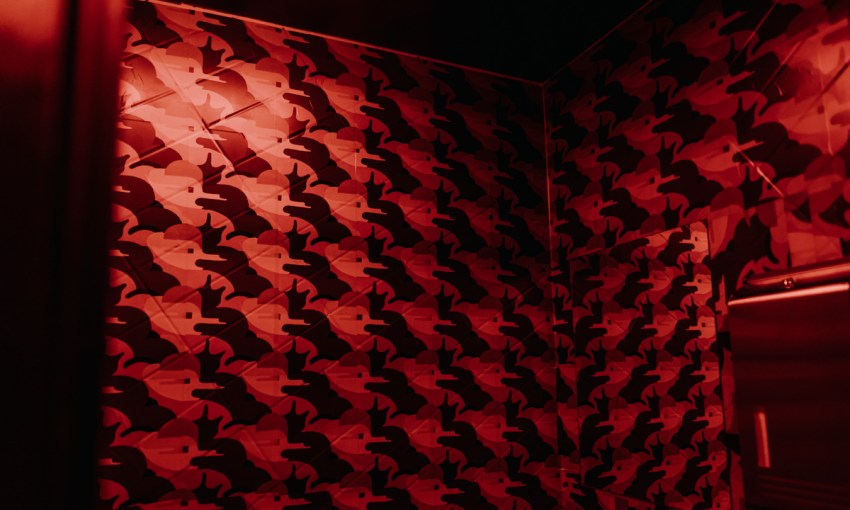 Back in March, CityMag broke news of a new venture from the Sunny’s Pizza crew happening right next door in the space formerly home to Fairweather coffee.

On Sunday night, the door to 1000 Island opened and Solomon Street wanderers were welcomed into the city’s newest tropical-themed rave cave-slash-cocktail bar.

“We’re not going too molecular or too silly,” says co-owner Josh Dolman.

“It’s driven by rum and that tropical theme, lots of fresh juices and pretty boozy, get-you-going type cocktails, but we’re not straying too far away from what you’d get on a beach.

“We really want to push Piña Coladas and Zombies and Mai Tais. Stuff that we want to drink when we go out,” Josh finishes.

The inaugural cocktail list has 10 options, and you can add a flaming passionfruit to any of them for $4 (which may seem steep but for the fact the fire source is 100 proof rum). There are just three beers available, as well as wine by the bottle or by the glass from South Australia, interstate and from Europe.

The space is small, we wonder how on earth you’d fit 60 people in here let-alone the 80 people its licensed for. Gone is the lofty concrete ceiling of Fairweather. In fact gone is every hallmark of the light-filled space of Simon Heinrich’s beachhead specialty coffee venue on Solomon Street and in its place we find a scene from the cutting room floor of Twin Peaks. A low, padded ceiling, brings down the reverb so the bar feels snug – almost womb-like  – while a series of recessed light wells gently cycle through a tropical colour palette similar to some of the bar’s more iridescent concoctions.

UFO Agencies have been let loose with this design. 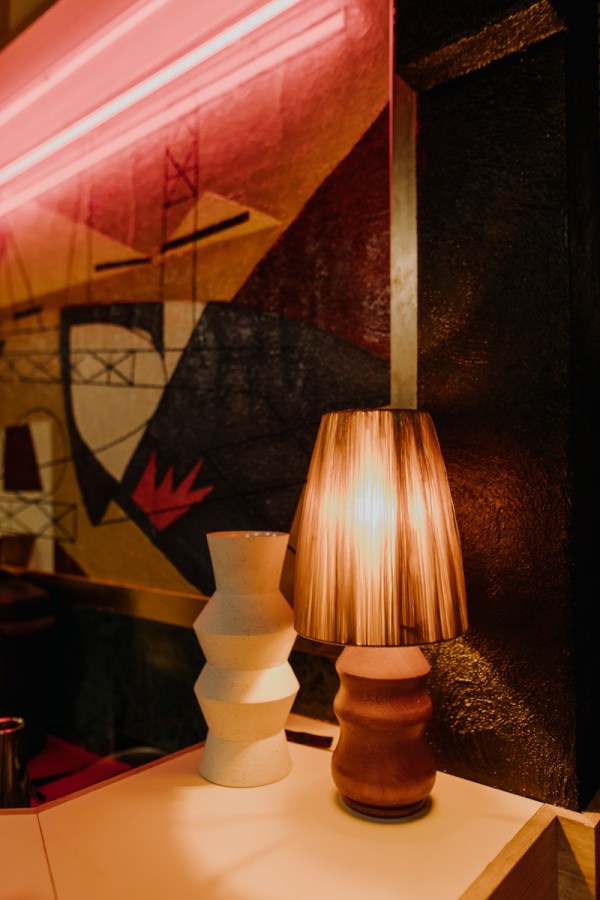 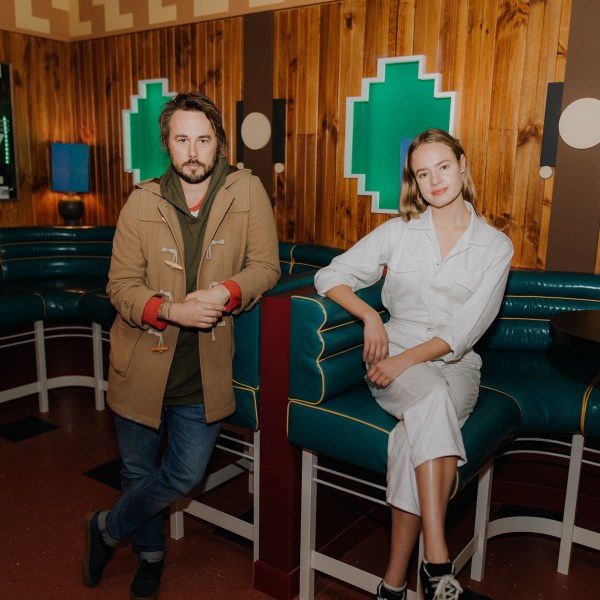 UFO Agencies’ James Brown and Claire Markwick-Smith and above: layers of diametrically opposed textures hang snugly together inside 1000 Island

“We haven’t wanted to get too themey. We want to keep it quite open to interpretation,” UFO Agencies’s Claire Markwick-Smith says.

“Instead of going for the full wood carving, we’ve gone for these wood sculptures in more simplistic forms. We’re trying to not be too prescriptive of the tropical theme and just broaden it a bit.”

Claire and UFO Agencies director James Brown collaborated with architects Studio -Gram on the project but it’s the unmistakable flair of UFO Agencies and the pair’s penchant for layering competing textures and adjacent cultures that really makes an icy cold cocktail here feel like a full-flung cultural immersion trip to a place not yet discovered.

Le Corbusier-esque paintings embedded in the wall reveal the structural approach Claire and James have towards incorporating art in their interior projects. The artworks and indeed the posters by Alejandro Magallanes serve more as a tapestry or mosaic inside 1000 Island than decorative afterthought.

“We always design with the arts in mind. Lots of our projects will start from film or an art angle. Wouldn’t be a lie to suggest the Navajo flavours of Twin Peaks was a starting point here.”

Because of 1000 Island’s relatively small square-metreage, special attention has been paid to creating a sense of community throughout the venue, rather than making it easy for people to segment themselves off into groups.

“One of the key elements that the designers put forward is that the booths are quite a bit higher than a lot of other venues, and so are the tables and the stools,” Josh says.

“So everyone’s going to be at a similar eye line and people will be encouraged to mingle.”

All the furniture in 1000 Island has been custom designed (yes, even those chrome bar stools) by UFO Agencies and the entire flow of the venue pulls towards a classic, but modest DJ booth at the northern end of the venue.

The music program will draw from “island-esque, beachy vibes” early in the evening, and transition to “Afro house, percussive house” as the night progresses.

“We’ll steer away form what we do next door [at Sunny’s Pizza], that more disco, house kind of vibe. It’ll be pretty turbo, a bit of a party,” Ash Wilson says.

Sunny’s has also benefitted from the next-door takeover, segmenting off a piece of the 1,000 Island’s floor plan for a private dining room for the restaurant. It’s a growing up and filling out for Adelaide’s original pizza party palace. 1000 Island returns some excellent bartenders to your nights out and hunkering down in this place, a warm sense of sinister will come over you.

You know the kind.

Don’t be surprised if you come here for a quick drink before tea and end up staying until stumps.

1000 Island will open from Tuesday to Sunday from 5pm ‘til 2am. Both 1000 Island and Sunny’s will look to expand to seven days of trade in the coming months. 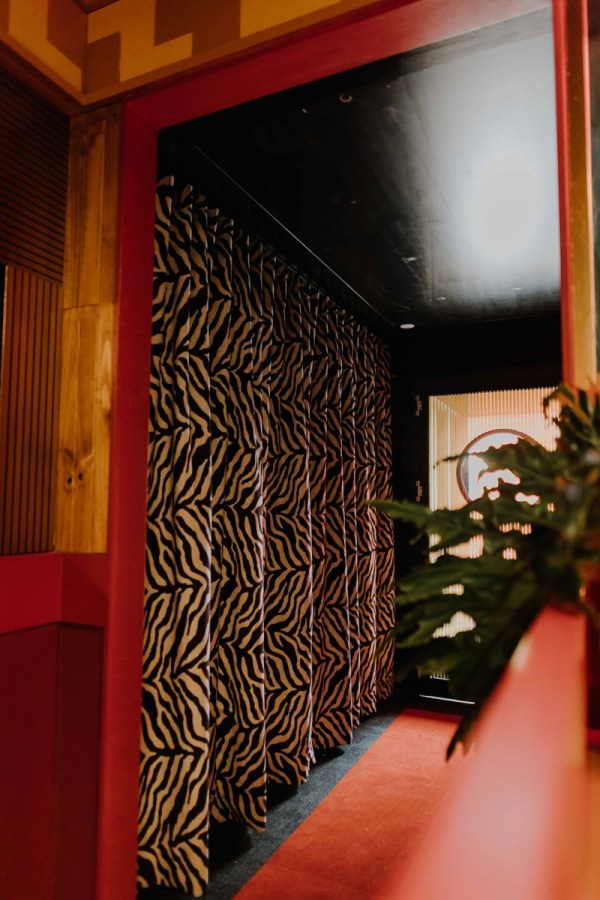 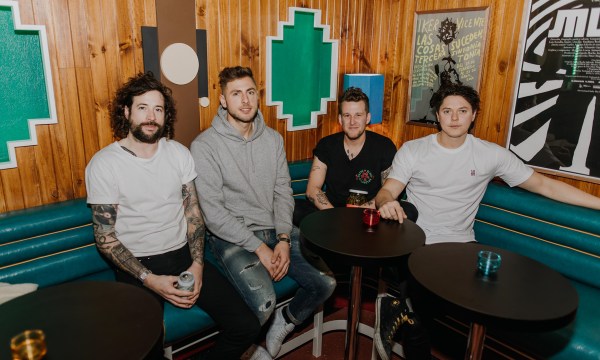