Writers SA director Jessica Alice shares her picks of the organisation's new range of online workshops and events, and explains how the local writing community can bounce back from COVID-19 if the arts industry is properly supported.

“It was always an intention to move to online events and online workshops, so that has been a good outcome of a really bad situation,” she says.

When state and federal governments announced the closure of businesses and non-essential services to limit the spread of COVID-19 in March, Writers SA spent three weeks transitioning all its programs online.

Throughout the crisis, the organisation saw a healthy community response – memberships levels “stayed strong,” with increased ticket sales from individuals in regional and remote South Australia as well as overseas, Jessica says. But the effect of the pandemic on the writing community was vast and varied.

Writers cancelled book tours and launches, and festivals such as the Sydney and Melbourne Writers’ Festivals – key events in which to promote yourself as a writer – were put on ice.

These cancellations exacerbated the isolation in a community “that was already quite isolated,” Jessica says, due to the nature of the work.

“Most writers work in a very solitary way, especially people who are working on longer projects or sole traders working by themselves,” she says.

“And many writers have also said that even just the amount of news that has come out of the coronavirus crisis makes it really hard to create new work.”

Writers SA postponed all residencies and fellowships involving regional, interstate and international travel – including an exchange between First Nations writers in South Australia and Canada, in collaboration with the Banff Centre. These plans will be rescheduled for 2021, if safe to do so.

The centre’s 2020 winter programming will continue online though, and includes once-off workshops hosted by skilled writers and longer-term incubator programs to develop manuscripts.

“We’re absolutely delighted to be presenting a session with Isobelle Carmody and she’s basically going to be telling us about her own personal reflections on being a writer and how to create brilliant stories,” Jessica says.

“But I’m really thrilled to be hosting the poet Mark Tredinnick for a session called ‘Grammar Guide, the Rules for Paradise’. I love his view of writing and grammar, and about the beauty and power of good language.

“And then we’ve got a whole bunch of other brilliant workshops including crime writing with TJ Hamilton, and Ruby Hamad, who is a brilliant journalist and the author of a book called White Tears Brown Scars.”

Novelist and critic James Bradley will also be offering a “pertinent” session, Jessica says, called ‘After The End: Writing Dystopic and Post-Apocalyptic Futures’.

In future programs, once (if?) public life returns to normal, Writers SA will continue to offer half its workshops and events in-person and the other half online to cater to its expanding market.

The full run-down of the Writers SA winter program can be viewed online. 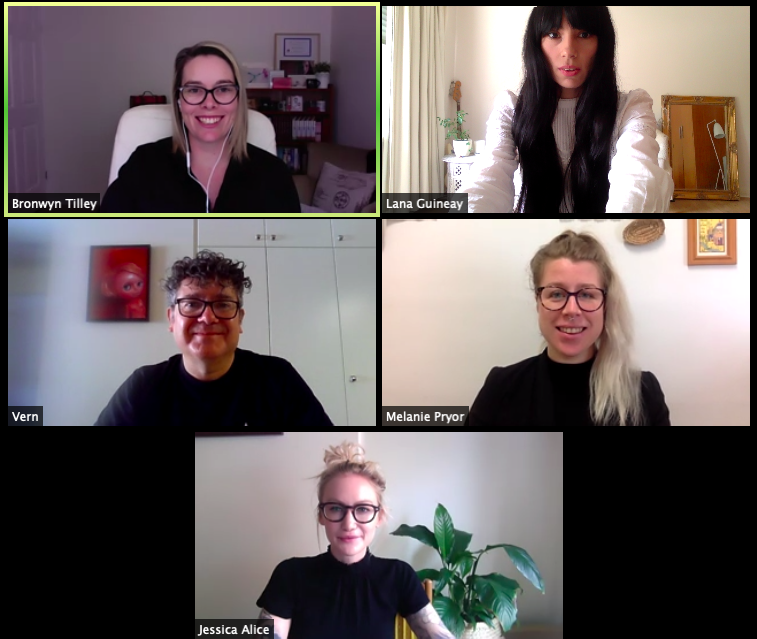 Writers SA celebrates its 35th anniversary this year, and Jessica is thankful the organisation has been so warmly supported by its followers while in lockdown.

“One of the good things that have come out of a terrible situation is that people are really acknowledging and speaking up about how important the arts are,” Jessica says.

Few in the sector would disagree with this sentiment, but many working artists fear state and federal governments do not view their industry in the same light.

The arts sector has been hit particularly hard by the pandemic, and financial support has been slow and measured to date.

On Monday, the state’s peak arts industry body, Arts Industry Council of South Australia (AICSA), which includes Jessica on behalf of Writers SA, fronted State Parliament’s Budget and Finance Committee to explain how the crisis has affected the sector.

As was reported by InDaily this week, the group acknowledged the State Government’s prompt response in its $2.5 million emergency funds to support the creative arts industries, but urged the government to allocate an extra $10 million to ensure its survival.

Further aid was announced this morning, Thursday, 25 June, of a $250 million support package for the arts sector. Jessica says this is “extremely welcome news, but there are concerns it is too little too late,” and it also “does not change the need for additional support at a state level.”

“While we need to find out more about the specifics of this new package, there are concerns across the sector that it may be too little too late, and many will miss out,” she says.

“A federal relief package must be accessible to all in the sector, including independent artists and organisations working across all artforms, to appropriately address the severity of the crisis.

“That figure of $10 million additional [state-government] investment would basically bring the South Australian recovery package in line to the other states.

“As well as increasing the recovery package, there also obviously needs to be new investment to the South Australian arts plan, because that’s going to be where we see the long-term strategy for returning our cultural sector to where it needs to be.”