Storytelling is a ‘soft power.’ The creative director behind the world’s biggest television festival, Series Mania, told me so.

Series Mania is often called ‘the Cannes of TV drama’ and it celebrates small screens and, implicitly, their capacity to shape and influence culture across the globe.

I spoke with Francois-Pier – ‘FP’ for short – earlier this year at his festival’s satellite event, Series Mania Melbourne. Months later, the term ‘soft power’ is still bouncing around my brain, befuddling me in a way that dichotomous ideas often do. After all, I was raised to believe that power announces itself: loud, obvious, rippling and raw. Whereas soft equals flimsy, unassuming, all pastels and patience and waiting your turn. Does that make soft power a contradiction in terms? 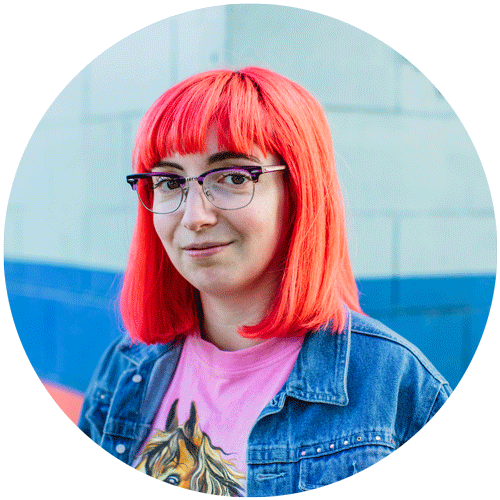 Aimee Knight is a writer and critic who lives, works and learns on unceded Kaurna yerta. @siraimeeknight

Political scientist Joseph Nye coined the phrase to describe the manner in which world leaders often co-opt, rather than coerce, their constituents into believing national narratives: domestic party lines that don’t necessarily benefit a global good. By contrast, FP wields the phrase to remind writers and filmmakers of their ethical obligations as cultural conduits.

Irrespective of size, they all serve as blank slates onto which storytellers can write – and re-write – history, ideology, and society as it stands. FP believes artists can harness the narcotic properties of a Netflix binge, not only to entertain viewers but to inspire and empower us, too.

Perhaps that sounds optimistic – even delusional – but I agree with him. In our hearts, homes and phones, small-screen storytelling is uniquely positioned to do more good than ever before. And one of the goodest girls going these days is Bluey.

If you’re not in regular contact with a pre-schooler, you may be yet to encounter Bluey. Don’t worry, you will.

The ABC Kids animated series about an anthropomorphic Blue Heeler is now the all-time most watched show on ABC iview, closing in on 100 million streams (and counting). The eponymous little pup and her profound life lessons appeal to children and adults equally, as Bluey and her family playfully tug at the construct of a ‘typical’ Aussie street.

Created by Queensland dad Joe Brumm and set in suburban Brisbane, Bluey illustrates the emotional adventures of its six-year-old hero. Each episode demonstrates imagination, creativity and free play, highlighting the magic that awaits in our own backyards. The characters speak naturally, even colloquially, without resorting to jingoism or cliché. As Bluey plays with her little sister Bingo, I’m transported back to my primary school playground, as opposed to a writers’ room full of grownups think-tanking kid speak.

Most of all, I love Bluey’s dad, Bandit. Though he ‘wrecked his back changing nappies,’ he still brings in the washing and scrubs the toilet while his partner, Chilli, works part-time in airport security (a detail that makes my heart soar).

In the episode ‘Teasing’, Bandit earnestly learns the difference between playing with and bullying his daughters – a teachable moment for any jovial larrikin who denies the power of a back-handed joke.

As Bluey awaits her American premiere on the cable channel Disney Junior, as well as Mickey’s imminent global streaming service Disney+, I’m excited that Australia will soon export a new narrative about our national temperament. Because nowadays we can’t just rely on the soft power of storytelling to change people for the better.

We need to tell more stories about the power of softness.