Almost two centuries since the arrival of Middle Eastern cameleers in Australia, former Hazari refugee and Adelaide-based photographer Muzafar Ali is trekking across the country to document their descendants and understand the “big animal, the beast”. 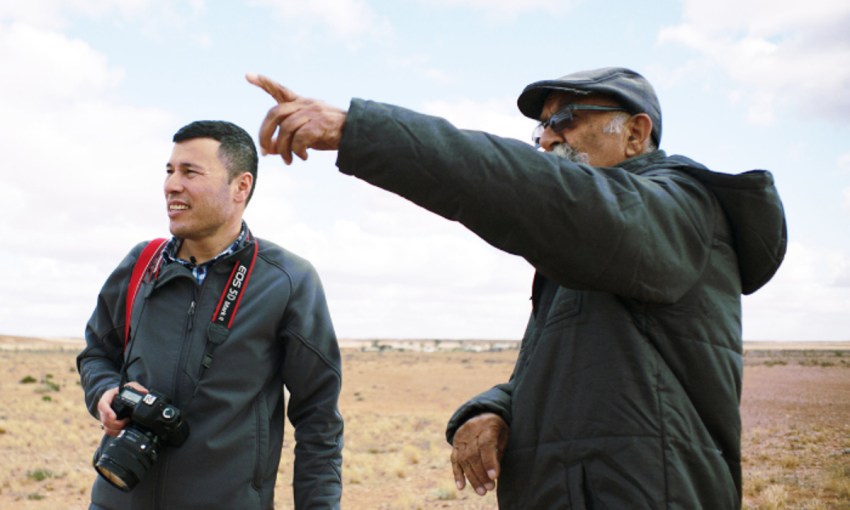 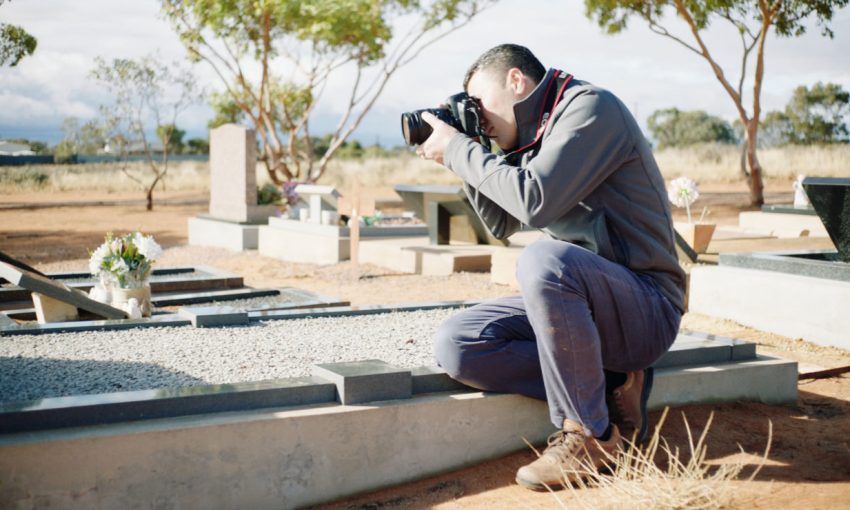 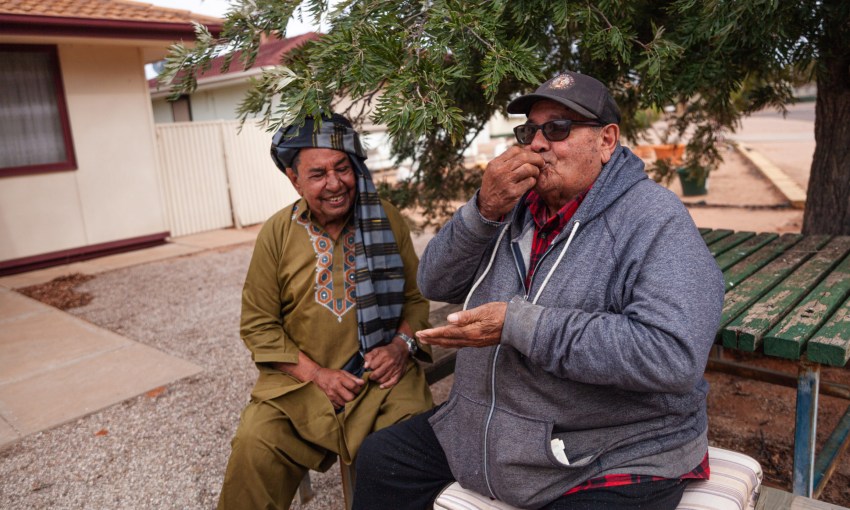 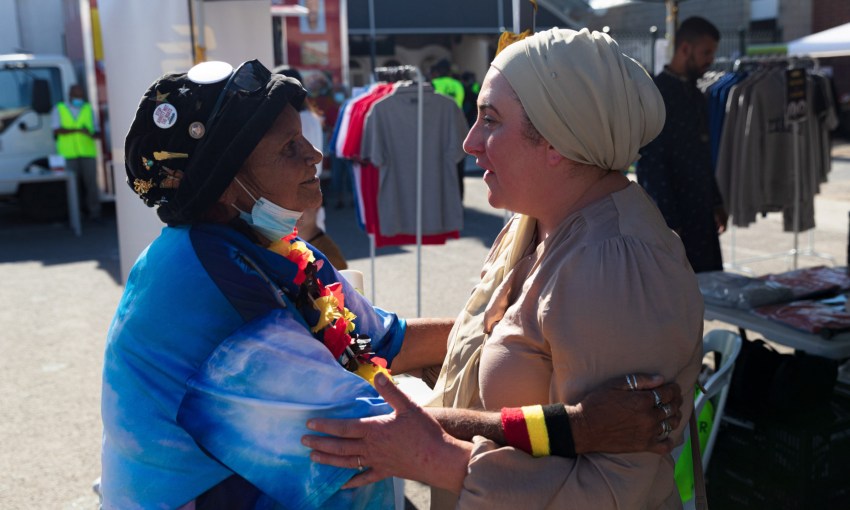 Camels are desert-dwellers, known as the “ships” of arid landscapes for their ability to carry large loads (up to 600kg) on their backs. They’re incredibly resilient and water-efficient, and store fat in their iconic humps to draw upon when required.

Their physical power is why the animals – along with 20,000 Afghan and Indian riders – were brought to Australia between 1860 and 1920 to open up the dusty and unforgiving arterial Australian Outback.

When Muzafar Ali arrived in Australia in 2015 as a refugee, he was surprised to learn, a year later, that other Afghans, who were predominantly Muslim, trod this path, crossing the Indian Ocean more than a hundred years before him.

As a former United Nations photographer with an activist bent, he made it his mission to learn more about those who acclimated the camels – the “big animal, the beast” – to his new home.

Through documenting and photographing the geographically displaced diaspora of cameleers – with descendants living in regional centres like Broken Hill and Marree (aka Ghantown) – he learned, much like their desert-trekking, humped counterparts, they were tough.

They carried their religion, their culture with them, at least, ‘til they died.
—Muzafar Ali

“These cameleers who came to Australia, they were all male,” Muzafar tells CityMag ahead of the launch of Watandar, My Countryman, a mixed-media exhibition, showing from this week at the University of South Australia’s Kerry Packer Civic Gallery.

“They were all men because they were not allowed to bring their wives or their family members. They walked for weeks, and were known as very honest people and very hard-working.

“Those people who came to Australia with their camels, they were personally very strong people. They carried their religion, their culture with them, at least, ’til they died.”

The exhibition, which runs from 2 May—3 June, contains large-scale photographs alongside family heirlooms, cultural artefacts and Muzafar’s own insight. Footage from Muzafar’s trip will also be turned into a film, which is likely to premiere this year.

Muzafar explains the idea for the exhibition is not about history, but “the present identity” of those with cameleering in their blood.

Watanda includes a section where Muzafar, who is also a husband and father of two, reflects on the insights this project offered him as a more recent Australian arrival.

Part of this journey, he says, was reckoning with whether the cultural practices from his homeland would live on in his children’s lives, or if they would dissipate through the process of assimilation.

Muzafar says all of the cameleer descendants he spoke with had lost their original languages, but most had shrines in their homes dedicated to camels.

“They have photos of their grandparents with the camels, and [photo] albums that they have from those expeditions or the journeys or their memories, so they have very strong connection with that,” Muzafar says.

“There were all sorts of diverse communities, and their descendants, none of them could speak any of those [Hazari, Farsi, Arabic or Pashto] languages. So definitely, the time when these cameleers came, there was no policy… for them to be free to practice the traditions and then to transfer them to the descendants of the children. 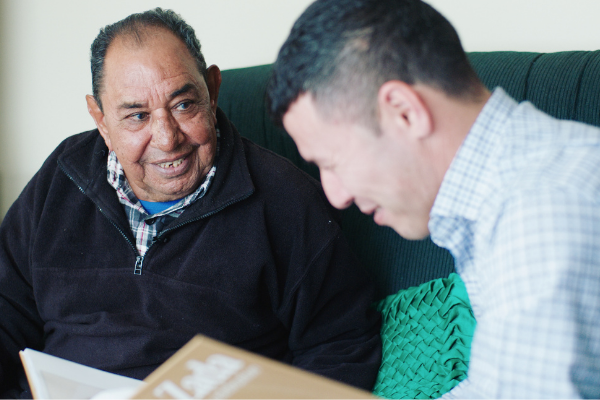 Muzafar Ali with a cameleer descendent

But some traditions have persisted. Of the people Muzafar met, most have a rudimentary understanding of their ancestors’ mother-tongue and are able to say small phrases, like ‘salaam alaikum’, an Arabic greeting used by Muslims all over the world.

Some also cook curries, which Muzafar says is a symbolic dish in Afghanistan reserved for times of charity or welcoming. As well as knowing when to eat these meals, they know the appropriate cultural practices when slaughtering the animals and gathering ingredients.

“They know how their ancestors killed a chicken, for example, or a sheep,” Muzafar says. “[So] those verses, they read slowly under their mouth. Some of them knew these rituals, these traditional things that [their] ancestors performed.”

Throughout his exploration, Muzafar also stumbled upon hard truths. This included finding artefacts of segregationist and racist policies, where Middle Eastern migrants, alongside Indigenous Australians, were treated as second-class citizens by colonisers.

“The fault lines that I observed in Maree was the railway line, which divided the European Australians and the Aboriginal and the Afghan cameleer community,” Muzafar says.

“That’s one big part of this exhibition – those policies that we have come a long way from those days, to this Australia that we are living today.”

Despite camels being declared pests and “feral” in certain jurisdictions, such as West Australia, Muzafar believes the animals and the riders who tamed them are an important piece of Australia’s colonial history. Though the cameleers are long since gone, their stories remain.

“My effort is to tell Afghan cameleer stories, even though they’re not alive,” Muzafar says.

“Just to revisit their life through their children and their grandchildren, to see what I can take from this.”