Yellaka and the power of the old and the new

When you’re greeted at the place you know as North Terrace or as Adelaide Town Hall by these young Aboriginal women from Yellaka, you quickly forget what you know and open up to where you really are in the world.

“My culture is still breathing, it’s living through me. I’ve grown up strong in my culture and identity – I’m grateful to my family for that.  Knowing who I am gives meaning to all that I do – there’s power in that,” says Jakirah Telfer.

Jakirah, sister Tikana and cousin Tanay  are three young Aboriginal women carrying the power of culture forward, and through their dance group, Yellaka, they are creating respectful and positive change. And the delivery of their message is powerful.

Our cover stars from the current edition: Jakirah (left) and sister Tikana (right) with cousin Tanay (centre) cradling a coolamon the girls made.

Started in 2015 by Karl Telfer and Sonia Waters, Yellaka is the fusion of ancient traditional and contemporary Aboriginal dance, song and storytelling, performed proudly and respectfully by its young Aboriginal members.

Cultural and spiritual renewal is at the heart of Yellaka’s sacred circle, where ancient teachings cross into new forms.

If you’ve had the privilege of witnessing Yellaka perform a Greeting to Country, you will fully appreciate the depth and power of their sharing. Traditional places of colonial power like Adelaide Town Hall or the Art Gallery of South Australia are reclaimed by the group for the duration of, and even after, their performance.

The intensity of each dancer’s focus lifts you and the rest of the audience out of a moment and places you in the palm of their hands.

“Everyone says that it’s breathtaking, there’s a stillness that comes over them,” says Tikana.

“They say there’s a spirit around what we do – an energy,” adds Tanay.

For the three girls, they draw their power from the memory of their nanna – whom they share.

“She didn’t get to see us dance together like this, so when we go out to dance – especially when we do our women’s honouring dance – we do it for her. She’s our ‘why’” says Tanay.

Through the girls’ own experience and adoption of social media, and Karl’s input and connections with artists more broadly, Yellaka was founded as a way to embrace new technologies and new platforms to spread their powerful messages.

Yabarra – Gathering of Light at this year’s Adelaide Fringe Festival was a supreme example of the type of storytelling Yellaka want to do more of.

“I wish I had more of a voice,” says Jakirah when we ask the three young women what their chosen superpower might be.

“Having a voice in my own country, that would be power to me – voice gives you power to make change.” 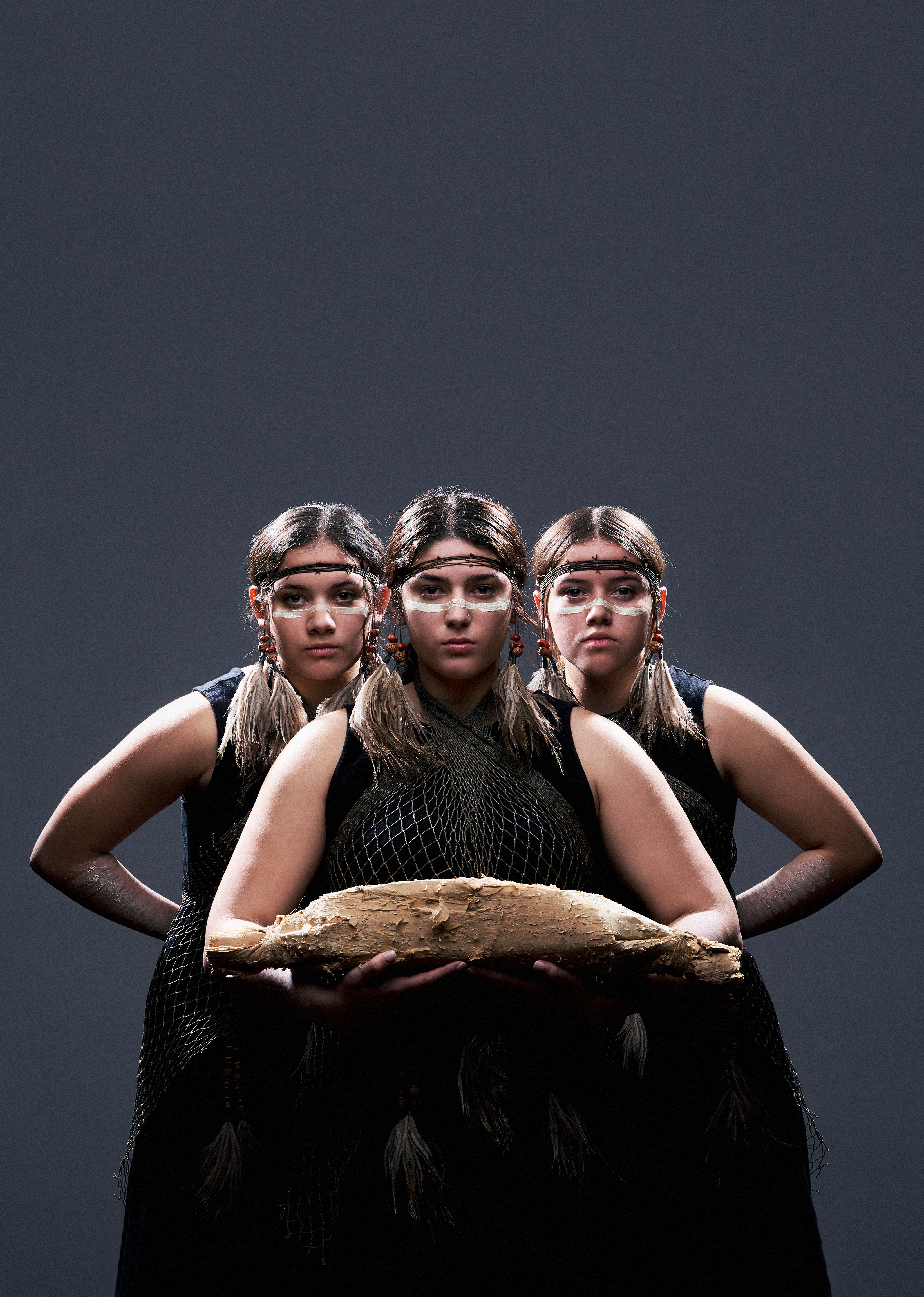