The importance of gratitude with Adelaide musician TEMPLE

Music maker Ben Smith, aka TEMPLE, has gratitude for a great many things - including the opportunity to fill an abandoned warehouse in the Barossa with a semi-live set of disco and house-influence dance music next week. 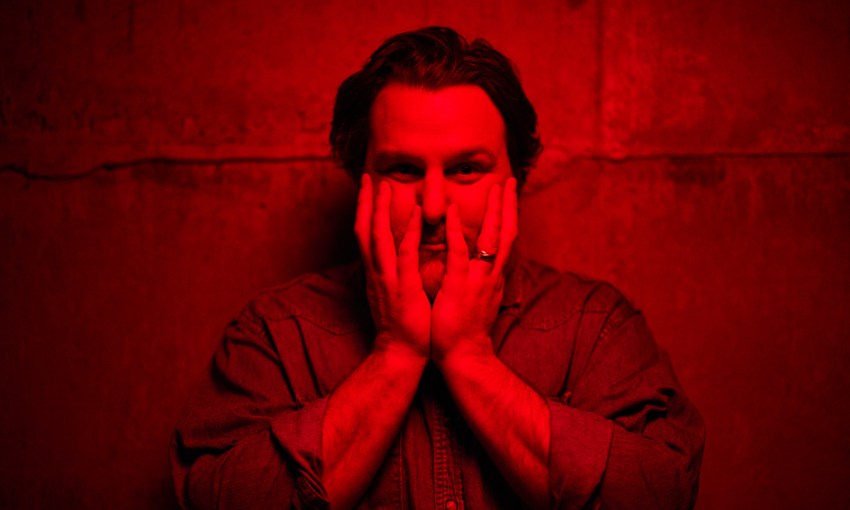 Mid-morning on a Friday, CityMag speaks with musician Ben Smith, known professionally as TEMPLE, over the phone on a day he’s spending in the studio.

In addition to producing music and DJing, Ben also works at the Playford council’s music hub (and hit-musician factory), Northern Sound System, which has kept him busy over the last 18 months.

Today is no exception.

“It’s a good day to be in the studio. I just had my first vaccination, so feeling alive and protected.”

Gratitude is a strong presence in our conversation. Ben gives thanks to NSS for keeping him employed and allowing him to offer cash to other musicians throughout the pandemic – but the site has also been a foundational influence on his work as TEMPLE. 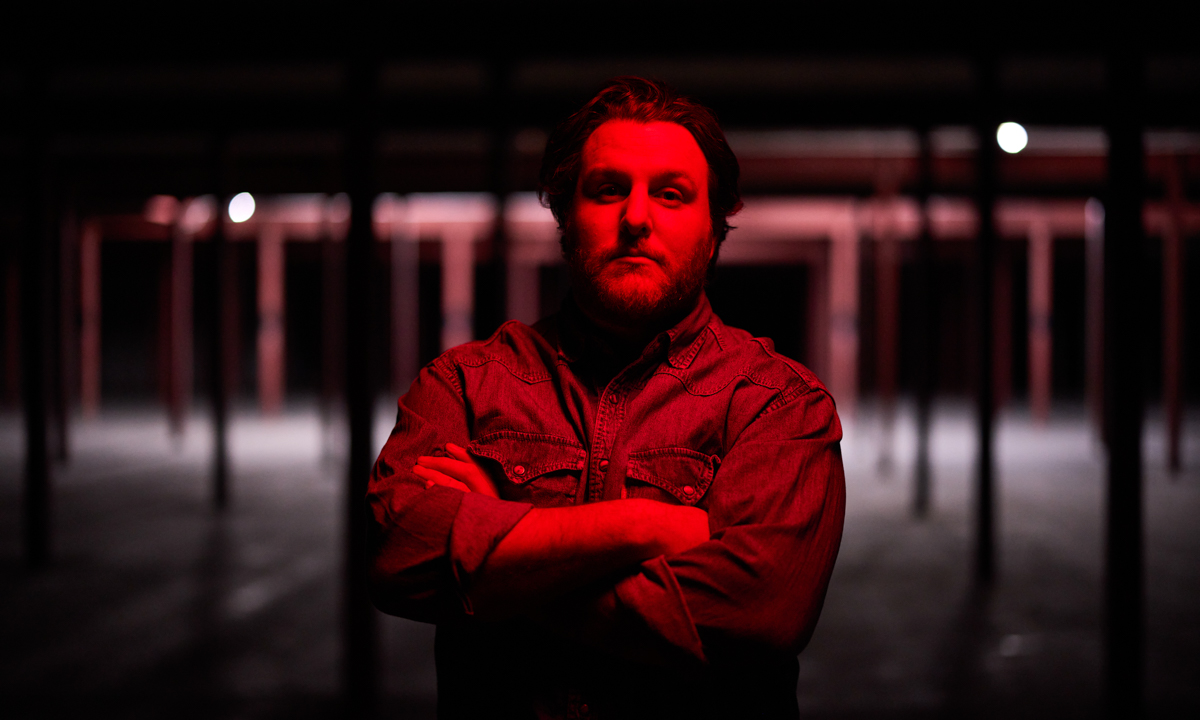 Before starting at Northern Sound System (NSS) five years ago, Ben ran Adelaide label Pilot Records, which, over time, had a corporatising effect on how he viewed the music industry.

“I lost my focus a little bit where, running the label, we were very interested in – and fair enough – the industry and economic side of music,” he says.

In the first week on the job at NSS, he met two kids keen on becoming rappers who had come into the studio to record a song. He helped them set up their vocal tracks and let them be as they traded lyrics over the top of “this horrible beat off of YouTube,” Ben remembers.

At the end of the session, he joined the duo again to help them export the track from Pro Tools. There he felt a familiar sense of anticipation emanating from the young musicians.

“In Pro Tools you need to listen to the whole song as it’s exporting. It was an older version of Pro Tools,” Ben says.

“As I’m bouncing out the track, their vibe, their whole energy, there was just electricity in the room, and I was like, ‘Oh, that’s why I do this. That’s the whole fuckin’ thing!’

“That’s what I did music for, and that’s why I started playing drums at 12, and then guitar at 13 – and the music sucked, but who cares? It was that feeling I was chasing, and I’d forgotten that feeling.

“It made me fall in love with music again.”

Ben looked back at an album he had been working on, accruing track by track over the course of a decade, and saw it from a fresh perspective. In August 2020, he finally found the courage to release it to the world.

“I couldn’t get myself out of my own way,” he says.

“So it was like, I would have all these thoughts, like this isn’t good enough, or I’m not good enough, or it’s not as good enough as other artists so why bother? And so that’s while I’m trying to make the art,” he laughs.

“I learned to quiet my mind and get myself out of the way, and just get into that flow state as much as possible.

“Literally, NSS gave me the gift of pulling my finger out and putting it out in the world, and here we are.”

The release, The Woman with the Pink Lips, made up of four house and disco-influenced tracks, was well received amongst the Australian electronic dance music scene, and was followed up in May of this year with Love Machine.

Ben, as TEMPLE, is booked to play at Barossa Contemporary next weekend, as part of the Transcendence event. The gig is happening at an abandoned underground warehouse in the Barossa – which Ben is keen to fill with his TEMPLE tracks, accented by a live horn section.

This will be a riff on the TEMPLE MAGIC ORCHESTRA gig Ben recently held at The Lab, in which he recruited visual artist Capital Waste, horns, saxophone, trumpet, keys and a string trio to play live versions of his music.

Though scaled down, he promises Transcendence will escort attendees to a heightened level of experience – even if dancing isn’t permitted by the 9 October date.

“I’m only bringing a couple of members that played with me, and I’m actually just DJing… [but] it’s still going to be experimental and live in a sense,” Ben says.

“It’s going to be difficult without dancing, but what I’ve said to people is the dancing would be a bonus, but you’re not going to need it. You’re going to transcend with or without it.” 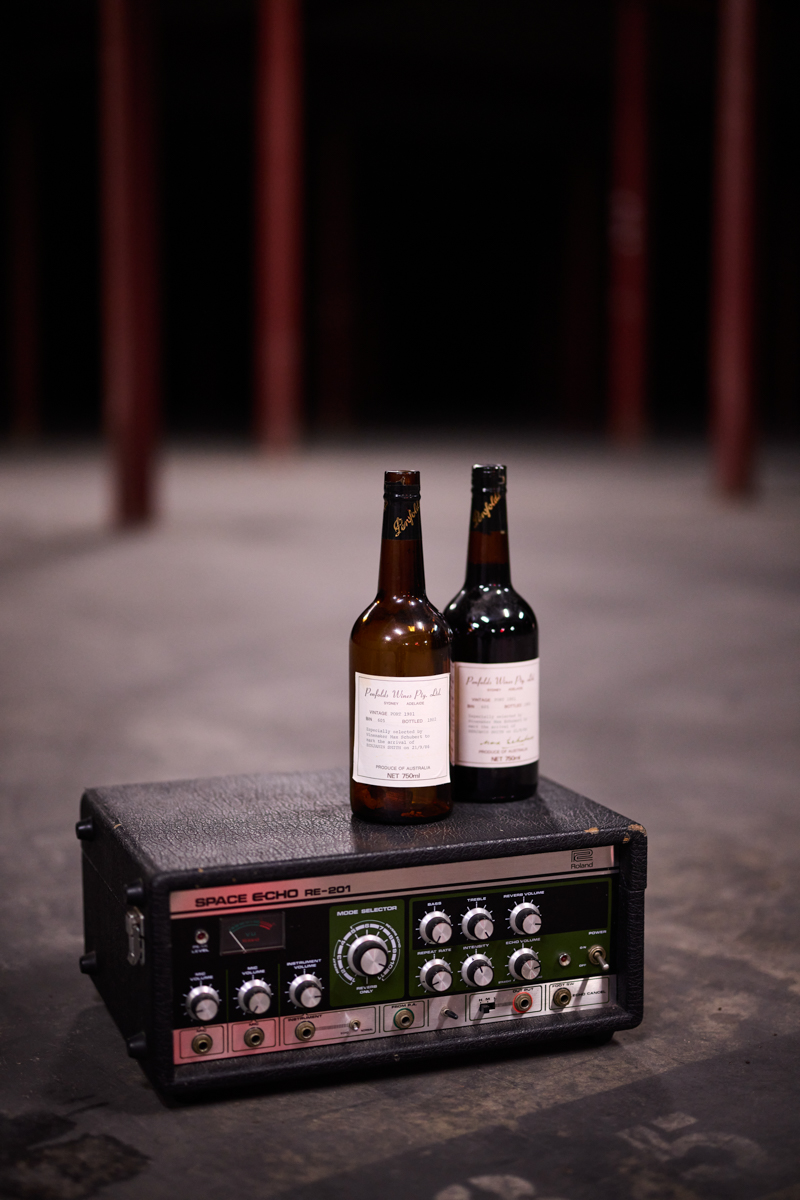 Basically all you need for a good time

The ability to play such a show brings out an additional stream of gratitude from the artist.

Barossa Contemporary is a new festival launching in this time of pandemic from the minds of Ruth Blythman and Zac Tyler. Ben is thankful for the opportunity this is affording him, and the other artists on the bill, which includes Carla Lippis, The Bait Fridge, Three for Three DJs, and mythic Adelaide DJ Late Nite Tuff Guy (on Friday night).

“[I’m] definitely going into it with, ‘I am so grateful they’re doing this, and I need to make sure that I bring my A game in order to respect what they’re doing.’

Transcendence is happening as part of Barossa Contemporary on 8—9 October, and tickets for both nights are available here.

Browse the full Barossa Contemporary program at the website.