For visual artist Evie Hassiotis, the most rewarding part of her practice is helping others “reveal their inner landscape.”

Behind The Mill’s ever-changing gallery lies the intriguing and exuberant studio space of Evie Hassiotis.

Evie Hassiotis is available for workshops and visual art commissions.

Watch the documentary ‘Made in Greece’ exploring Evie’s experience of migrating to Australia here.

A token to the organisation’s array of creative tenants, Evie is a visual artist who primarily works with textures and mixed media.

A quintessential artwork from Evie is a vibrant fusion of colour, and includes elements of layering, collage and free flowing gestures.

These qualities were on display when CityMag came to visit her studio, where some of her artwork is suspended from the walls.

“I consider myself to be a curious experimenter and my process tends to be more on the intuitive side,” Evie says. “Sometimes, all I need to start creating is a vague image in my head.

“I often find myself avoiding elements of realism and structure, as I don’t think art always has to be pretty.” 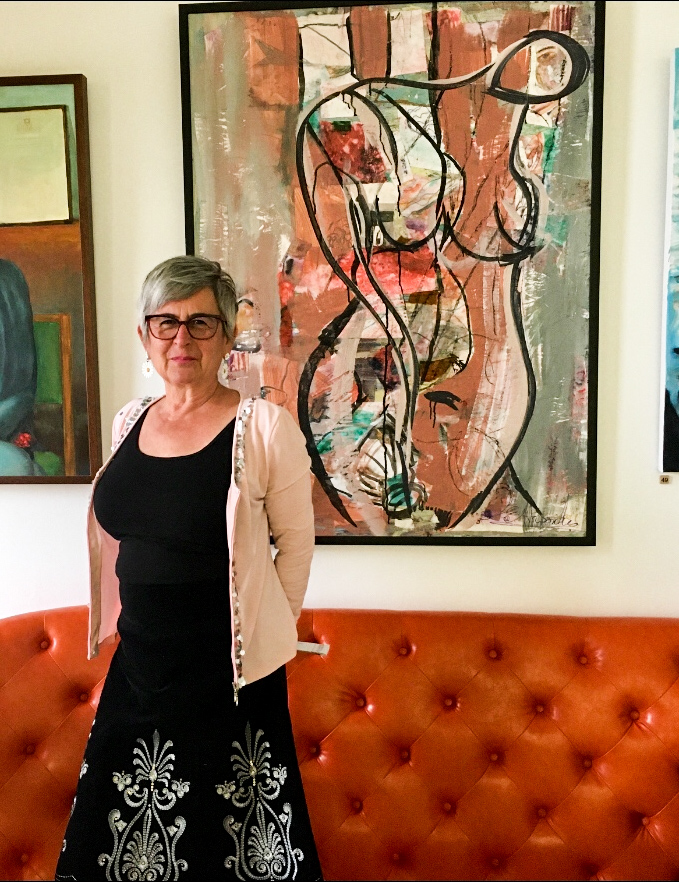 Evie is a woman from humble beginnings, born in the small village of Asproula, located in the Kozani regional unit of Greece.

As a young girl, Evie and her family relocated to Australia during the post-war immigration wave in the early ‘60s.

The move from her home country not only left a lasting impression on her life, it has significantly influenced the core of her artistic practice.

“I draw a lot from my personal experiences and my approach comes from a place that is deep within my soul,” Evie says.

“Looking back, I can see that I’ve always been an artist, but no one in my life encouraged me to pursue anything in that area… I had to discover it for myself.”

Evie’s passion for the arts was ignited when she attended a council-run program at the Bondi Road Art School.

These classes were said to “open up a whole new world” and would lay the foundation for Evie to take control of her life’s journey.

“There were a lot of changes happening around me at the time,” says Evie. “It felt like I was going through a bit of an identity crisis.

“I just moved to Sydney, had my third child, and my grandmother passed away… My husband was [also] studying theology, which eventually led him to becoming a priest.

“I didn’t really know what was expected of me and found myself falling into a monotonous cycle of staying at home, being a housewife, and raising children.

“Art became a way for me to take a break from it all… I think my soul would have died if I hadn’t taken up something like that.” 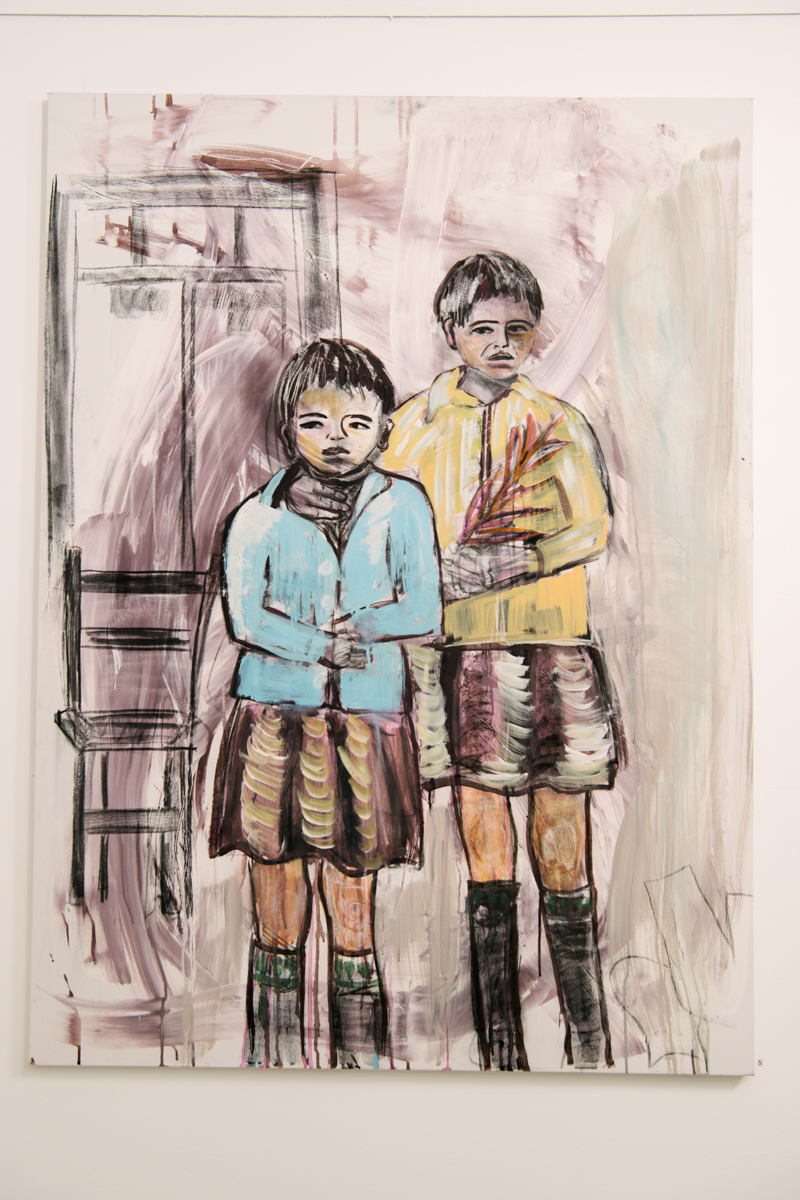 Over the years, Evie has discovered the powerful healing qualities of art and how creating intuitively can promote spiritual growth.

“I’m not the sort of person to sweep things under the carpet,” says Evie. “I need an outlet where I can get in touch with myself and explore.

“I’ve found my approach to art can be quite transformative and therapeutic… It’s allowed me to confront a lot of the issues I’ve experienced and move past them.

Evie has also been fortunate enough to teach others about her practice and facilitate workshops for those in aged care, schools, and arts festivals.

Her workshops have attracted people from a range of backgrounds and experiences.

Tanner Muller is Writer in Residence at The Mill. This work was contributed through The Mill’s writer-in-residence program.

According to Evie, they are a place where people can “reveal their inner landscape” and express themselves openly.

“I’ve found these sessions can unlock a lot of emotion for people. Sometimes, all they need is a bit of encouragement and a calming atmosphere to be themselves.

“I’ve been blown away by some of the work that has been produced… I remember this particular piece from a woman who lives with dementia. She painted a vase of flowers, which sounds pretty ordinary, but when you focus on some of the detailing, you could just feel what it’s like for her to live with the condition. It was really moving.”

Evie’s workshops have also been a rewarding aspect for her own artistic practice and inspires her to continue the work she does.

“It puts a lot into perspective and reaffirms why I chose to follow this path in life.

“Sometimes I’ll be so touched by their experiences that I say to myself, ‘You know what? I don’t care if I sell another piece of art for the rest of the year. Hearing from these people and helping them get in touch with their artistic side is enough of a reward for me.’”