Five Four Entertainment's 20,000-max capacity festival will feature dancing and international acts, and absolutely no cordoned-off COVID-safe pods. “Our plan is to deliver a normal music festival as best we can,” organiser Craig Lock says.

On Wednesday, it was announced one of the state’s eminent music festivals, Spin Off, will return to the Adelaide Showground this July, as a normal, run-of-the-mill music festival.

Spin Off, which is partly run by Five Four Entertainment and has been on a two-year hiatus, will run from a single stage and has the capacity to accommodate 20,000 punters.

In addition to the musical acts, the Ferris wheel will be running, there will be a festival market, and there will be public installations by local visual artists and a smattering of food trucks.

Five Four Entertainment co-founder Craig Lock sounds genuinely happy when we speak to him on the phone the day the festival is announced, saying he’s had a “positive day.”

“We’ve been moving parts in the background for two or three years basically, and just trying to find the right time to make an announcement when things felt possible.

“Although now it seems things aren’t looking amazing – obviously [as] there are restrictions in place – we’re looking ahead to July, and we feel confident that there’s a good chance we’ll be running the event.

“So now’s the time to go out with our lineup and get people excited about what they might be able to do in the middle of the year.”

It came after scores of other live music venues in the city, such as Hindley Street institutions Enigma Bar and Jive, launched their own crowdfunding initiatives. Workers in the industry also slammed the government for a lack of support and transparency during the pandemic.

“It would have been too risky,” he explains.

In terms of the logistical layout of the festival, Craig says COVID-safe pods – famously used in the Summer Sounds string of live music events – are totally out of the question. The plan is to run Spin Off like a regular music festival.

“Our plan is to deliver a normal music festival as best we can,” he says, adding “our hope is that we’ll be able to do that. Just same as it always was.” 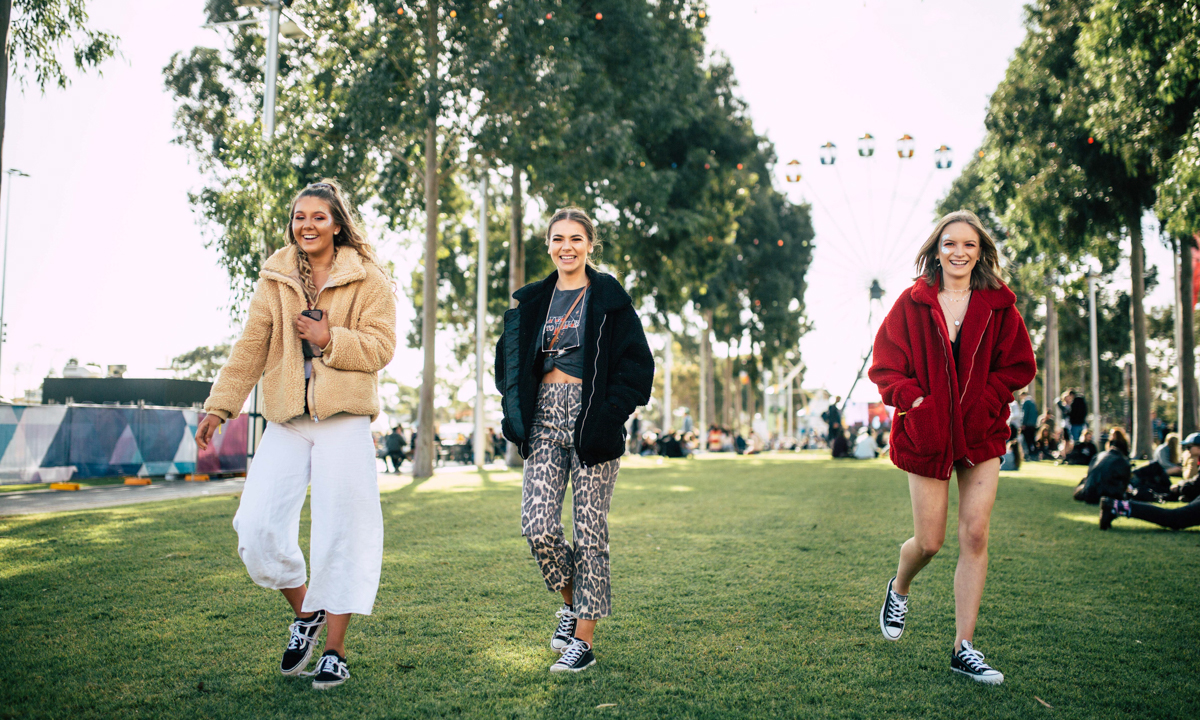 Spin Off 2022 will take over the Adelaide Showgrounds once again

Craig says the timing of Spin Off 2022 will allow Five Four to watch and learn how its contemporaries react to the current (and continually evolving) pandemic landscape and restrictions.

“It seems like other large-scale events seem to be able to run. So why can’t we?” Craig says.

At the time of writing, Spin Off doesn’t have a locked-in COVID Management Plan. This is the mandated government-approved plan allowing large-scale events featuring more than 1000 people to happen. Five Four’s logic is to wait until this Omicron wave dissipates and restrictions relax.

But, as always, he’s not putting total faith in projections or politics.

“We’ve been talking to SA Health throughout the entire pandemic and what we’ve kind of learned from that is, at times, they can’t look that far ahead,” Craig says.

“They don’t know what’s going to be happening in July, so there’s no way they can really plan that far out.

“It’s hard to have 100 per cent confidence because no one can guess what’s going to happen next at the best of times, but we need to be positive about what the future is going to hold.”