A long-awaited reburial will take place in Smithfield next week, in which the remains of 130 First Nations Old People, formerly held in the SA Museum, will be buried at a dedicated Kaurna memorial site called Wangayarta. Kaurna Elder Uncle Jeffrey Newchurch explains its significance. 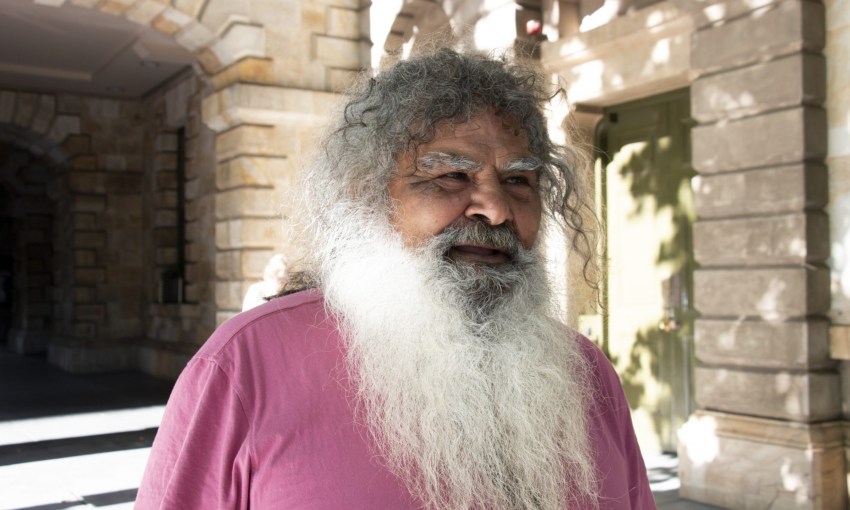 On Tuesday, 7 December, the Kaurna community, South Australian Museum and Department of Premier and Cabinet will come together at Smithfield Memorial Park at Evanston South for the Kaurna Wangayarta Repatriation.

In a 2ha plot in the city’s wattle and eucalyptus-dotted northern cemetery, 130 Old People, whose remains have been stored in boxes at the South Australian Museum’s Netley warehouse for decades, will be reburied in a Kaurna-led ceremony.

Named Wangayarta, the plot will be the final resting place for these people into perpetuity.

One of the project’s masterminds is Uncle Jeffrey Newchurch, who is the chair of the Kaurna Yerta Aboriginal Corporation, the native title landholders of Tartanya Adelaide.

He has worked for years to bring this moment about, but admits to feeling hesitant about next week’s reburial.

“But I know it will uplift the young Kaurna men and women,” he says from outside Adelaide Town Hall. “It will give them confidence, and that’s the important thing.

“The oldest date of the Old People are from 1899, and it’s in the Modbury area. They’re going to be returned to Country. Seven councils. Not all of them are a full collection of individuals, too.

“But they should see how our Old People were kept. In those boxes.”

Aboriginal remains displaced from burial sites have sometimes been discovered in the process of building Adelaide as a city, a museum spokesperson tells CityMag.

Once collected, they have been kept at the museum’s Keeping Place — a temporary site before burial — in some cases for more than 100 years.

“Many others were disturbed by scientists from the Museum, the medical profession and the University of Adelaide,” the spokesperson says.

“In all these ways, racist and dehumanising attitudes were instrumental in creating the burden Aboriginal people face today to lay their ancestors to rest. It is not a burden any community should have to face.”

CityMag has seen the randomly sized, multi-coloured boxes where these remains are stored at the Netley warehouse. The museum’s spokesperson says the boxes are a “sad reminder of the dehumanising attitudes and practices behind them”.

“That is why we are working so hard with Kaurna and other Aboriginal communities to find more respectful resting places,” they say.

“Jeffrey has always said the burial ground had to be the opposite of a box, it had to feel like a hug, a place where love and dignity and humanity could be restored.

“Repatriation is the most important work the Museum does. It’s just the right thing to do, and it is overdue.”

The State Government has allocated $300,000 over two years to create Wangayarta Smithfield, with the funding used for community consultation and the co-design and construction of the site.

We got to do it together, Aboriginal and non-Aboriginal, because then that makes it easy in that journey for healing.
—Uncle Jeffrey Newchurch 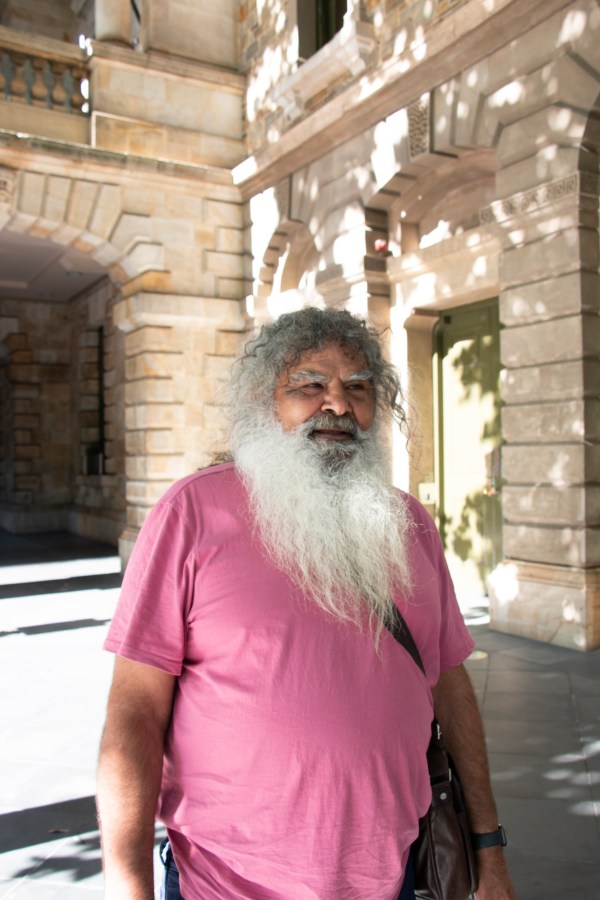 Although the SA Museum has held a significant number of Aboriginal remains for decades, more continue to be dug up across Adelaide.

“The City of Adelaide is averaging one to two Aboriginal burial sites dug up each year,” Jeffrey says, explaining these remains are mostly found through ground clearing works.

Uncle Jeffrey says the Adelaide Cemeteries Authority gifted Kaurna the land with the promise the Old People won’t be dug up in the future.

It’s understood this is a pilot project with a possibility of further repatriations of Aboriginal ancestral remains held in the custodianship of the South Australian Museum.

The protection promised by the Adelaide Cemeteries Authority will alleviate issues Jeffrey has raised with the organisation regarding how Indigenous remains are treated in general cemetery sites.

“We had that conversation with cemeteries years ago [that] people can’t afford their [cemetery] leases,” he says. “That’s why having our own place of reflection, and we’re hoping to get extra land in the cemetery, where we can create our own area where we can have modern-day funerals.

“But it’s a yarning circle – and that’s a critical thing from Kaurna’s position and other Aboriginal positions.”

Uncle Jeffrey has been working on Wangayarta for more than a decade. It was during a repatriation at Torrens Island in 2010, where Kaurna reburied roughly 70 ancestral remains, that he resolved to create a permanent burial ground for his people.

“It’s taken a while, but we’ve taken those hurdles of bringing our community together and building our team,” he says.

“We got to do it together, Aboriginal and non-Aboriginal, because then that makes it easy in that journey for healing. For too long, we’ve had to wait in anticipation, we’ve been frustrated in anger, all that anger.”

Kaurna community will set up camp on Sunday, 5 December, with the reburial scheduled for Tuesday, 7 December, and pack-up the next day on Wednesday, 8 December.

Despite Jeffrey’s trepidation, he is optimistic the reburial will not only be good for him but also for those in his community. It will help them connect to their ancestors.

“[We’ve] certainly got to put those measures there, that their spiritual being, their mental wellbeing and health wellbeing is looked after too.”

The South Australian Museum spokesperson says Wangayarta is “one solution”, but there needs to be others.

“Our responsibilities to correct the injustices of the past are ongoing. The work is just getting started, and Kaurna are leading the way,” they say.