Maxine Beneba Clarke’s The Hate Race is an enlightening examination of how bullying and bigotry are only separated by the passage of years.

Often, it is stories about the worlds constructed and populated by schoolchildren that can be the most effective at illuminating where our own ‘adult’ society is most badly broken and in need of repair. As children, after all, the pain that is inflicted upon us, or that we inflict upon others, is raw and unconcealed – at least, to other non-adults. Seeking to climb a small and densely packed social ladder, children can be wretchedly adept at identifying and persecuting those who are different. 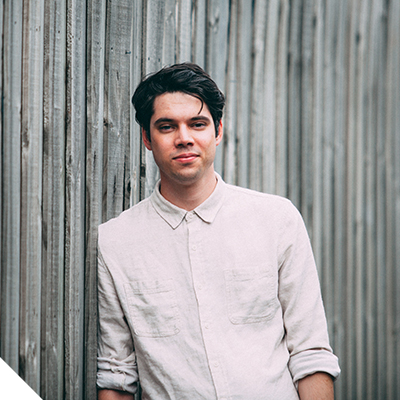 Connor Tomas O’Brien is a writer, designer, and creative type based in Melbourne.

The Hate Race is available now at Imprints Booksellers

In The Hate Race, poet and novelist Maxine Beneba Clarke turns to an examination of the ’80s and ’90s Australian schoolyards of her childhood, with a focus on the acts of racism perpetrated, whether viciously or unwittingly, by her classmates.

There is much to be learned from Maxine’s memoir, especially in terms of the toll an accumulation of slights and threats can have on an individual. In an early chapter, she recounts an exercise in which her grade one classmates are asked to write “something nice” about a chosen student. When Maxine is handed her completed card, the accrual of comments effectively erases her personhood: “Maxine is brown. She is brown. She has brown skin.”

In a later passage, Maxine writes of opening an exercise book to find a scrap of paper, carefully folded. When the note is unfurled in her bedroom, Maxine sees a “perfectly round lead pencil circle” – the “bull’s eye-view through a weapon’s finder” – paired with a message: “FUCK OFF BACK WHERE YOU CAME FROM”. Years separate both incidents, but the latter is clearly bound to the former.

In some of the memoir’s most unsettling passages, Maxine recounts approaching teachers and counsellors – ostensibly, a child’s protectors – after weeks or months of relentless abuse. “Is there anything else going on?” is the persistent refrain. “Other than a little bit of teasing?” Writes Maxine, of such interactions: “This is how it breaks us. This is how we break.”

In 2016, discussions of bullying in Australian schoolyards tend to be politically framed. The campaign against Safe Schools, for example, seems to stem from a fear that acceptance of difference in gender identity is somehow corrupting, and that ‘normalcy’ must be policed and protected. As Maxine notes, the same kinds of discussions were taking place two decades ago, but with a different focus: on cultural identity. While watching Pauline Hanson on the news in 1996, for example, Maxine recalls hearing the same words as her cruellest bully, “only grown up, a little more tactful, and with a much broader reach”.

Maxine’s memoir is carefully framed, beginning and ending firmly in the present. On the way to pick her son up from primary school in Melbourne’s inner east, Maxine is racially abused by the driver of a passing car. As Maxine loops backwards to her childhood, we are implicitly invited to question how the Australian school system may have served to create this bully, and others like them.

In the adult world, in the absence of teachers and parents, there are no higher powers – however ultimately ineffectual – to survey and respond to acts of bigotry. As The Hate Race makes clear, though, there is a throughline between what forms of behaviour are accepted and normalised in schools and the kind of society we ultimately end up with.