Sydney-based musician Montaigne, who is playing at Adelaide UniBar's The College Green this month, speaks with CityMag about taking up skateboarding at 25 and making a living in a disrupted live music industry. 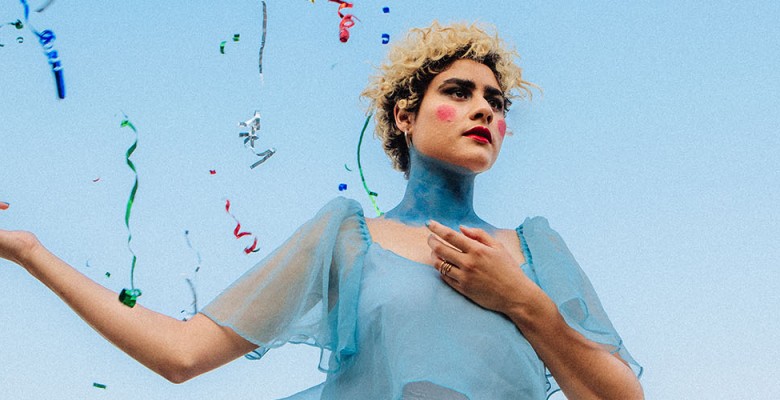 CityMag speaks to Montaigne, whose real name is Jessica Cerro, at the end of a day that has been a culmination of her varied interests.

“I had a meeting with The Social Outfit who’s this not-for-profit organisation based in Newtown, which helps refugee women get back into work and integrate into Australian society,” Montaigne says. “We’ve been talking about how I can collaborate with them.

This article was produced in collaboration with the Adelaide UniBar.

“I did that, and then played some Tony Hawk Pro Skater 1+2.”

Jessica was a Triple J Unearthed High finalist eight years ago, but two years later broke onto the scene with the Montaigne stage name and a glossy award-winning EP titled Glorious Heights.

Her debut studio album, Complex, was released three years later, and, like her prior release, is steeped in all the hallmarks of good pop: anthemic lyrics, energetic melodies and weighty vocals.

Jessica’s career as Montaigne has since skyrocketed, reaching an impressive apex earlier this year, with her single ‘Don’t Break Me’ winning the Australian leg of the Eurovision Song Contest.

But the coronavirus pandemic meant the international competition, originally planned for May 2020, had to be put on hold until at least next year. All of Montaigne’s scheduled live music performances were canned too.

Montaigne is slated to play at the Adelaide UniBar’s outdoor venue, The College Green, on Saturday, 21 November, which will be the first time Montaigne has performed live in eight months.

She tells CityMag she’s not totally across the logistics of the gig and performing, but she is excited.

“They haven’t even booked the flights or the accommodation just in case something goes wrong,” Montaigne says, “but I’m really excited and I am keen to get back into it.

“I’m also feeling the way in which my body doesn’t know how to move on a stage anymore. There’s not much coordination involved, but there is a lot of disinhibition involved. I don’t know, maybe that’ll automatically come.”

Even if the economy robs you of a pathway to make money from music, at least it doesn’t rob you of your love for it

During lockdown, while not able to perform, Montaigne kept herself busy with a lot of gardening, listening to podcasts and learning how to skateboard. She’s tracking her wheeled journey on Instagram (visit @avrillavignefan69420 to see her scrapes and the occasional successful trick).

She’s also trying to figure out how to be a successful musician in a world where the live performance industry exists on insecure footing.

“In isolation, I did a lot of re-evaluating of my life and my career,” Montaigne says.

“And the kind of musician I am right now, l can only really get by doing brand collaborations, and I’m not particularly fond of that route because I’m an anti-capitalist.

“I think I’m just at this point where I’m going to have to make compromises just to get by, and to even thrive as a business and as an artist. And to me, the toughest mental gymnastics have been like, what choices am I going to make? What choices are the right choices?”

In an ideal world, Montaigne would only work with organisations with sustainable practices or with industries to which she’s aligned. In the past, she’s collaborated with fast-fashion brands that haven’t been “ideal,” she says.

During iso, Montaigne dived into a world lived online via the streaming website Twitch, uploading videos on how to make songs and walk-through explanations of singles to stay connected to her fans.

She’s well aware that, like many things, the video gaming industry can also be exploitative, but says she feels most comfortable profiting from the industry, and wants her presence on Twitch to become “a more permanent thing”.

“I’d just like to pivot towards my interests,” Montaigne says of the collaborations she has in the works.

In between working on new music and popping ollies, Montaigne landed a FIFA partnership, and also wants to supply musical material for an independent video game being produced in Melbourne.

As someone who’s climbed mountains in the music industry, and has kept her head well and truly above water throughout the year, Montaigne recommends to other budding musicians who are feeling down to remember why they’re in the game in the first place.

“Making a career in music might be intensely more difficult and maybe you won’t get there. Maybe again, I won’t even have a career in music in however amount of time. But you just keep doing it because you love it.

“I think that’s something to hold on to – even if the economy robs you of a pathway to make money from music, at least it doesn’t rob you of your love for it.”