Not a small country town at heart

When an industry shut down in the small country town where Johnny von Einem grew up, the whole community was caught in the aftershock. But while Holden's operations limp to a close this week, the striations of city life insulate most of us from the personal tragedies unfolding just down the road.

This Friday, October 20, operations at Holden in Elizabeth will stagger to a stop, signalling the end of the highly documented decline of auto manufacturing in Australia. 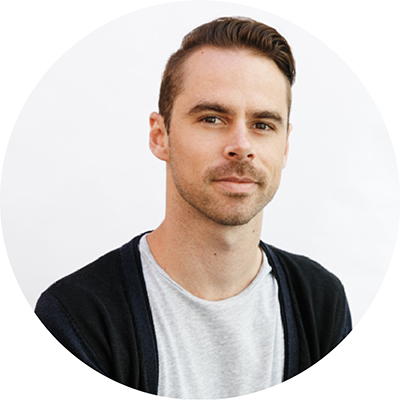 I’ve covered the story as part of a long form article (available currently in CityMag in print and soon on our City Standard platform), and like many journos, have had a professional interest in watching on while the plant winds down.

Like many South Australian citizens too, with every passing print article and broadcast bulletin, I’ve spent time thinking about what this loss will mean for the people of Elizabeth, of Adelaide, and of South Australia.

For their part, Holden has committed to keeping their Worker Transition Centre open for a year after the plant closes, depending on need, but I’m anxious the workers’ plight might disappear from the public imagination overnight.

A city produces disparate socioeconomic zones, and it can be very easy for those of us who live in leafy eastern suburbs to pretend our neighbour’s troubles, like those in Elizabeth, don’t really exist.

I worry that once the Holden workers are added into the unemployment figures (something I’m told probably won’t happen until the first quarter of 2018), we will already have forgotten them as humans. So swiftly, they could become nothing more than an intellectual exercise in abstract statistics.

It’s on this thought that I hark back to my days growing up in Millicent – a regional South Australian town with a head count barely above 5,000, where socioeconomic stratification is a much more difficult exercise.

As a young lad in the country, I shared my life with just about all of the 5,000 people who lived in the 5280 postcode – there was no choice.

All of Millicent’s supermarkets, pubs, and fish and chip shops exist in a Central Business District stretching through one and a half streets that don’t extend beyond a 500m radius.

Every person in town – whether they live on a street that is predominantly made up of housing trust properties or on a lane populated by two-storey homes with deep and elaborate gardens – must come to that great equalising zone.

There is no way to exist in Millicent without being aware of the full gamut of human experience.

Here in the city, if I have no cause to travel through more downtrodden suburbs – and as a journalist whose professional life exists almost exclusively in the CBD, I generally don’t – I’m not forced to confront the realities of the decline of the manufacturing industry or the knock-on effects of that for communities.

In Millicent, we’re weathering a similar decline of industry. Kimberly Clarke Australia has a pulp mill just out of town, and for as long as I’ve known, it has been the lifeblood of my hometown. In the 10 years since I left, it halved its operations.

The mill was once an enormous steel beacon of economic activity, running 24-hours a day and glimmering with lights throughout the night that would greet me as I returned home from Mount Gambier after seeing a movie (I had to travel 50 kilometres to get to a cinema).

It was decommissioned. Now there is a vacant darkness.

As the plant reduced its output there were several rounds of exodus from the region, which led to businesses shuttering, which led to the town’s Main Street becoming a ghostly version of its former self.

Nobody in Millicent can ignore this fact. Everyone in town still visits that equalising, and now symbolically significant, Main Street, and every trip home for me is a reminder of the effects of an industry shutting down.

But in all honesty, I return to Adelaide, park in my leafy suburb, curse at my unread emails, and forget about the worries of my friends and family clinging to the last threads of the South East’s forestry industry.

It’s a large problem, and despite being out of the town now for the last 10 years, I still remember how distant state politics felt while living 400 kilometres away from The Advertiser’s head office (it’s Millicent’s only daily newspaper too, you know).

What I hope will become of Holden’s closure, if we can keep our attention on the lives of the workers left behind, is that we will see their struggle, and we will use the opportunity to think about the way that we respond to mass redundancies.

Investing in infrastructure projects, which is the likely response, will help people with skills acquired in manufacturing in the short-term, but in the long-term we need to consider whether we’re falling into an old habit.

Human labour is not as necessary as it once was. That is the point of technology – to make our lives easier. It’s also logical for businesses to capitalise on it – using technology to not only make their processes easier, but to cut their costs and boost profits.

As economic disruption deepens, there are ideas circulating in society that are already considered by many to be the appropriate response to a problem like the imminently defunct auto manufacturing industry. Things like universal basic income and job guarantee programs were two ideas I came across in my long form research that resonate.

We could settle on those ideas or we could come up with something else entirely, but in order to get to that point, we need to first recognise and empathise with the human experience of forced unemployment, and not brush it off – leaving it to fester in a faraway suburb.