Working with Rob Dean and Dan Mendelson in the start-up stages of their business – and the years hence – reminds our publisher that it's the people that make this city what it is. 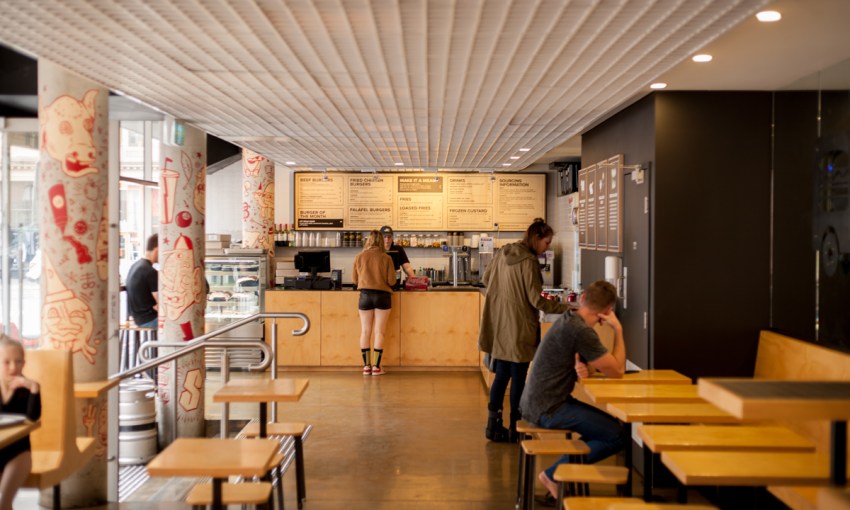 I once made the mistake of suggesting to a property developer that buildings have no value without people. Big mistake. I can agree land has its own, innate value. I’m sure that’s why the Kaurna Nation takes their custodianship over country so seriously and why many people mortgage 30 years of their lives and almost all their waking energy to owning a piece of it.

What I was trying to say to my developer friend was that people bring value to property because – simply – without a civilsation, without our species, even the most majestic building is nothing more than a perch for a pigeon.

Burger Theory Union Street to close this month.
“Be sure to grab a final city BT burger fix (for now at least…) these next couple of weeks!” their Facebook states.

Eight years ago I introduced the founders of Burger Theory, Rob Dean and Dan Mendelson, to the then-owner of a tiny café cut into an old heritage building on Leigh Street. The owner of Coffee Branch, Josh Baker, had read about Rob and Dan in a magazine I was publishing and he wanted to get the guys to set up their food truck out front of his shop on Saturdays. I explained the various bylaws and red tape preventing Burger Theory from operating at the time and, without flinching, Josh points at the driveway adjacent his shop. ‘What about there?’ he asked. ‘That’s my landlord’s property. It’s private property.’

And so we parked Pearl (the truck has a name) in the driveway, set up a Facebook event, Josh told roughly 1,000 coffee drinkers, and it happened. A lot of things happened around 2010 that re-shaped the city and what we imagined possible here. It had almost nothing to do with politicians and bureaucrats and everything to do with people.

However you voted in the recent Federal Election, I’m sure you’re not stoked with the result. The elected hardly feel like real people who are actively concerned with making even the smallest, positive impact on society. But then I think about that first Saturday, and those following, and the explosion of food trucks in the city and remember the power of a small collective of likeminded people to make change in their community.

Burger Theory and Coffee Branch are more than businesses or brands, they’re part of this city’s history now. And if you’re always worried about paying the rent, about the bills and about the risk of doing something, then may I suggest to you you’re missing out on the true value of life – connecting with people, creating purpose for your life and eating delicious burgers.