A call to dream the impossible dream.

I’m waiting for the next survey result that puts Adelaide high up in a countdown of the most liveable cities in the world, or as one of the best small cities, or declares us the number one destination to visit in the whole entire world.

The main image shows The Line Hotel in Washington D.C., where the author was based for four weeks at the end of 2016.

Many of you will flat out deny the results of these surveys, others will add a pinch of salt to aid digestion.

But I’m sure there are just as many who bite hard at this particular cherry, swallowing each pronouncement whole before regurgitating it on their Facebook and Twitter feed. And like a glorious Adelaide sunset, the news of Adelaide’s undeniable brilliance takes over the (local) Internet for an entire evening.

And then it’s back to business. 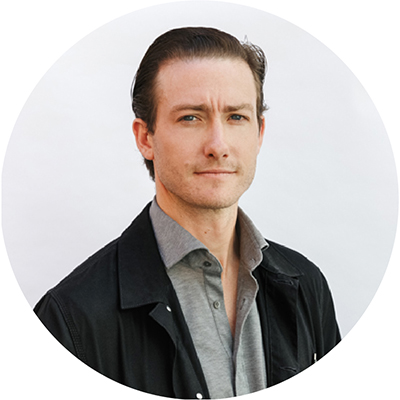 Joshua Fanning is the publisher of CityMag.

Unfortunately it feels like our full time business here in Adelaide is comparing ourselves to other cities, but after some experiences where I’ve been embedded in the culture of other cities I can see this kind of comparison is getting us nowhere.

Four years ago I woke up and, as you do, immediately checked my emails. Some man called Tanner Campbell had just purchased all the back-issues of the magazine I was publishing at the time as well as a year’s subscription going forward.

The magazine he had purchased was Collect. Collect was a global-local magazine co-created with designer Adam Johnson back in 2010 that sought to overcome Adelaide’s perennial problem of comparing itself with bigger cities by comparing the best bits of Adelaide – its world-class small businesses, humming streets and vibrant communities –with similar small businesses, streets and communities around the world.

It was a magazine that allowed us to talk about the Big Apple and the small apple rather than talk about apples versus oranges.

Tanner found Collect in a New York bookstore and bought it. Even though he had never been to the city from which the magazine was made – Adelaide – it spoke to him, and he asked Adam and I if we could make a special Collect for the company’s new hotel project in Los Angeles.

Our editor, Farrin Foster, was away at the end of last year. She was in LA updating the first edition of that magazine the hotel company commissioned from Adam’s design firm – Xtra Shiny.

Tanner didn’t care we were from Adelaide or even where Adelaide was on the map. He and the company just cared about the quality of our work and the belief that any risk on us was offset by the return. The LA version of the magazine Farrin authored and Adam designed has been reprinted twice, selling out each time and will now publish a second, updated edition this year.

Since returning from my time in the US (thankfully prior to Trump’s inauguration) I’ve been asked by many business colleagues, peers and mentors about how Adelaide stacks up by comparison with D.C.?

The answer is that we’re looking to learn the wrong things.

From another city like Washington D.C. we shouldn’t be looking to learn how to do something, but how to think about something. We can’t copy how they set up a tech industry or a hospitality culture – because entrepreneurs have already set them up here. But maybe we can learn something from them about our attitude to what we have here.

Washington D.C. does have some parallels with Adelaide. It’s constantly losing talented young professionals and creative types to nearby New York or Philadelphia. In the past three years the city has witnessed an exponential boom in its food and drink scene, spurred by ambitious young chefs and bartenders setting up their own shops that soon become the city’s latest hot spot – in much the same pattern as Adelaide’s small bars. It even had its version of Glam Adelaide and something called City Paper.

The difference though—and it’s a difference you can only glean after an extended stay in the States and repeat conversations with entrepreneurs, artists, lobbyists, political fundraisers and property developers—is the attitude. Attitude isn’t reflected in the sort of data we typically use to compare and contrast cities but, from my experience, it’s actually the essence of a city.

No one argues with the fact Adelaide is geographically a beautiful city, perched on the Kaurna plains between lush hills 20 minutes to the east and a clean stretch of beach and ocean to the west. No one argues that our traffic is minimal and our suburbs and city are of an immensely liveable scale. I would go so far as to suggest these are truths we hold to be self-evident.

But try and get someone to invest in an idea down here and you may as well be in the middle of the Nullarbor.

Ideas have value up in America and the energy of youth is understood not as a risk but as an opportunity.

The American Dream isn’t to own a house and land like it is in Adelaide, the Dream is to dream – to imagine a better life for yourself and your country. While this version of a dream is undoubtedly taking a beating in the USA right now, it remains true that to be a successful dreamer in America, all you need to do is find a dreamer who came before you.

What’s distinct of Washington D.C. (and American cities of Adelaide’s scale in general) is that they’re full of entrepreneurs-turned-investors actively looking for the bright young thing, the individual or group that owns that priceless commodity, that necessary ingredient for success: optimism.

Meanwhile, here in Adelaide I’ve seen the best minds of my generation destroyed by madness as they watch brilliant ideas shatter against ambivalent shrugs.

Here in Adelaide I’ve seen small bars close down because they were open “before their time”, before legislation was anointed on North Terrace, which told Adelaide small bars were actually a thing.

Here in Adelaide the most exciting and innovative developments are funded by the State or Federal Government – a cutting edge health and medical research centre that looks like a pineapple or an oval that hosts both cricket AND footy matches.

The private sector scoffs at the cost of such developments – it’s always, “too much” and always, “could have been done for less” and yet, save for Peregrine Corporation’s incredible project at Tailem Bend, Adelaide’s private sector seems oddly quiet about their vision for the city’s next big, small or other economic drivers. It’s business as usual it seems.

Here in Adelaide, despite our lack of beds and the growing visitor economy, there is no private company building a brand new 200-room hotel in an abandoned church, signing a contract with Lachlan Colwill to oversee their restaurant’s menu, Josh Baker to set up the café, enticing Tori Behrendt out of retirement to co-own and operate the hotel’s bar, while Studio Gram designs the whole damn thing.

Here in Adelaide we’ve got abundant talent and some amazing dreamers.

But, here in Adelaide we’re too busy waiting to see the results of the next survey to see all the brilliant minds out there with energy and capacity to transform our economy.

Instead of waiting for the list and taking joy in either refuting or celebrating the number between 1 and 100 where our city lands, I’d like business, I’d like capitalists, investors, retirees and shareholders-alike to take their own survey of Adelaide to see just what this place is made of.

We must forget our preoccupation with being a liveable city and, instead, focus on making Adelaide a living city.

If the established among us regard the establishing purely as a threat – rather than opportunity – then we’ll continue to see new ideas get killed off.

If Adelaide money continues to remain disengaged, if new and crazy ideas don’t excite you, if new businesses fail to remind you of your own early efforts, if Adelaide’s potential doesn’t encourage you to get involved and help people achieve the success you know from experience they can easily achieve – then it doesn’t matter how liveable our city is right now.

A city that doesn’t invest in the next generation inevitably stops growing and starts to wither.

Adelaide may be a liveable city but if we don’t change our attitude then it’s going to become a dying city.

The Lab Rats want to take you to Mars