A hollow pat on the back

Despite common belief, an abundance of talent and the desire to work hard won’t net a university graduate a job in 2016. Anthony Nocera reports from the increasingly casualised, part-time, sub-contracted job seeker front.

I did a reading at a funeral once.

Afterward someone said, “you know Anthony, you really can read” and patted me on the back. In the League of Compliments I Have Received, “wow you can read” is right up there with that time a customer said I was “pretty like a girl but hairy like a dog” and that time a guy on Grindr told me I “looked like I could really take a punch”. 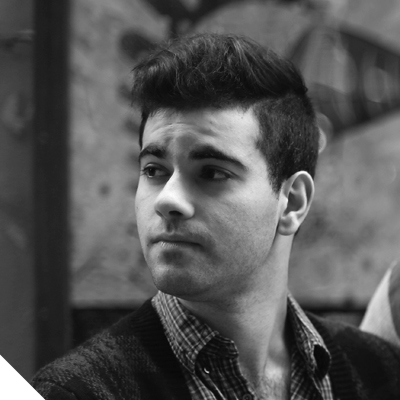 Anthony is a freelance writer (and law/arts student) working (or trying to work) in Adelaide.

“Thanks,” I said, as sarcastically as I could.

“Anytime buddy,” he smiled, patting me on the back again. And he walked away. Pleased with himself.

Going to university at the moment is a little bit like that compliment. Degrees, more than ever before, are feeling like an empty gesture – a hollow pat on the back from a distant relative at a funeral – with graduate employment rates sticking at an all-time low since mid-2015.

I’m a student doing a double degree in law and arts, hoping to pursue a career in writing or journalism, so things are pretty dire. But journalism is dead, you say, why not do something else – perhaps something in a growth industry.

If we look at fields that we have identified as ‘growth’ we generally find those relating to maths and science. So if these are growth industries that students and school-leavers should pursue as career paths why, then, is Santos not running its 2016 graduate program and employing students? The answer: there isn’t enough money, or incentive, for companies like this to continue to hire graduates. Even the growth industries aren’t growing.

In the last few years we’ve seen a shift in the way employers perceive university leavers, with many removing the need for formal qualifications from job descriptions.

Penguin Random House, KPMG and DFK Hirn Newey are examples. According to these employers, while students have the right formal and theoretical skills, they lack the ability to work efficiently with clients and that renders them unemployable, because apparently graduates should appear in the marketplace fully-formed as The Perfect Employee.

Degrees, more than ever before, are feeling like an empty gesture.

More and more, students are being forced to take up contract, or part-time employment in the field of their choice whilst also maintaining other work on the side to make ends meet. And while the notion of 9-5 is long gone and the way we work in the digital age evolves, it’s simply not sustainable for people to spread themselves so thin.

But I can read.

Last week I read an article that told me it was liberating to not follow your passion. That you should do something else and chase your dreams part time. It said, “it’ll feel great putting your degree to work on your terms while working elsewhere”.

And it didn’t feel like a pat on the back. It felt like a slap in the face.

Lucky I look like I can take a punch.