Shaolin Afronauts have released their third album, and CityMag challenges you not to dance (interpretively) whilst listening. 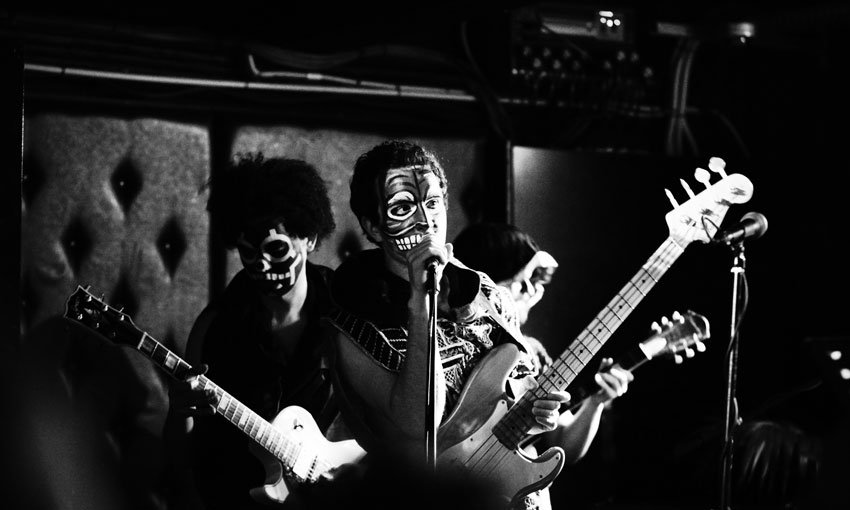 Follow The Path brings us riffs straight out of a ’70s movie cop chase, sax serenades from the ‘80s and a tight bass to get the juices flowing.

Shaolin Afronaut’s third release Follow The Path, is out now in selected record stores or available for download on iTunes, Amazon and Juno.

With a backing of keys, some African-inspired percussive elements and surprise appearances by the wooden flute, the new outing from Adelaide’s Shaolin Afronauts is densely layered but still bright and energetic. The double disc release is a journey through jazz, soul, afrobeat, funk, and everything in between – a good hour and a half of blissed out vibrations.

This third effort from the instrumentalists comes after the success of their debut – the ARIA nominated Flight of the Ancients, 2011 and 2012’s Quest Under Capricorn. Orchestrated by 14 musicians under the watchful eye of CityMag’s favourite musical multifarious man, Ross McHenry, the 21-track album is much more than the interpretive jam it sometimes seems to reference. Far from a meandering effort, Follow The Path reveals itself as taut and intricate once you allow yourself to be engulfed by it.

Thanks to the heavy jazz influences of the band’s background, individual songs and the album as a whole are loose in sound, but very tight in arrangement. Enduring bass lines are given liveliness by layered synthesizer lines, the call-and-response of the brass section and tight snare beats that swing between Cuban and African rhythms.

Demonstrating a deft understanding of how to sculpt a full-length recording (or one of double-length, in this case), the Afronauts paint a vivid and evolving splash of colour with Follow The Path. The talented musicians add dimension with mellow moments, which are most obvious on the second disc in tracks like Abyssinian Suite Part 1, plus there’s a Chevy load of funk throughout.

The sounds of the record would be at home in any number of places – from providing a cool soundtrack in an underground New York jazz club or in heart of sun-soaked Havana, Cuba’s cultural centre. Put it on in your lounge room or at your desk, let the music take you somewhere else and get your dancing feet moving.