Motez has mastered being alone

Before COVID-19 changed his plans, Adelaide-based musician Motez was billed to perform to 6,000 people at an interstate festival. He will instead premiere a pre-recorded live set tonight, shot and performed to no one, from his stunning new EP 'Soulitude'. 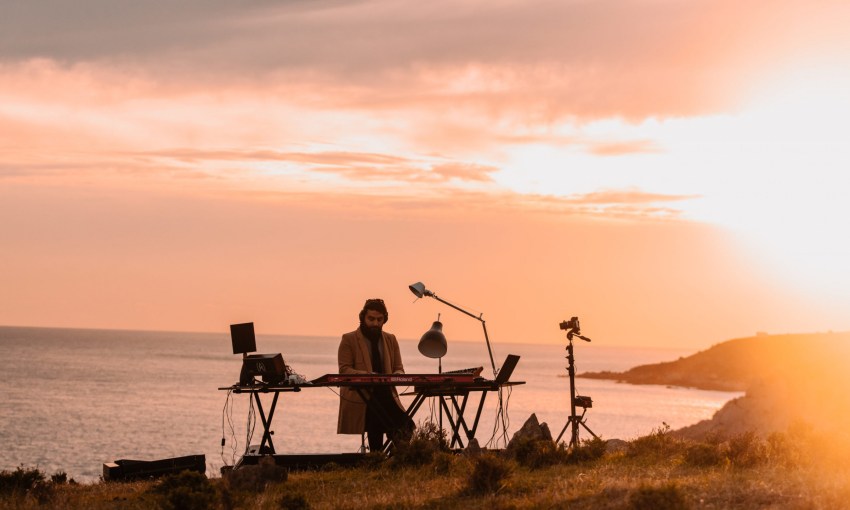 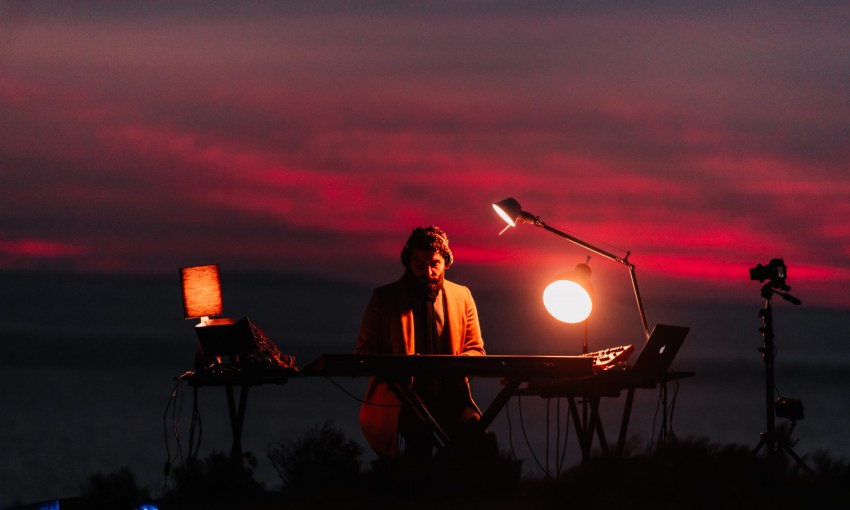 The Baghdad-born musician would travel from the Karrawirra Parri River Torrens to the beach when needing a break from working at home (he left his city studio due to coronavirus concerns). Beatless ambient music soundtracked these journeys.

“When I was going on these walks I wanted listen to music that would help me keep calm, centred and connected to everyone around me, and, in a way, connected within myself,” Motez tells CityMag.

“I like music that isn’t intrusive. I grew up listening to that genre, and for me walking is meditation.”

Like most musicians, Motez was directly affected by COVID-19. In March he had six shows cancelled within a week, and a working holiday in LA put on hold. He also inadvertently became a bedroom producer, and like the plants dotted around his various synthesisers and sample pads, he thrived.

Tonight, Motez will premiere Soulitude Live – a 20-minute pre-recorded live set of a selection of songs from his new EP, Soulitude, scheduled for release tomorrow.

Before the clip’s screening, audience members have been encouraged to donate to Support Act, a charity offering relief services to artists, crew and music workers during times of crisis.

Because of COVID-19, Motez realised how “volatile” his career was, and wanted to support others in the industry who may be less fortunate.

The gorgeous live set is a far cry from pain. It was recorded weeks ago in the picture perfect Fleurieu Peninsula, and demonstrates what seclusion meant to Motez.

“I wanted this to be a soundtrack to what’s going on,” he explains.

“Soulitude was warranted by the situation.” 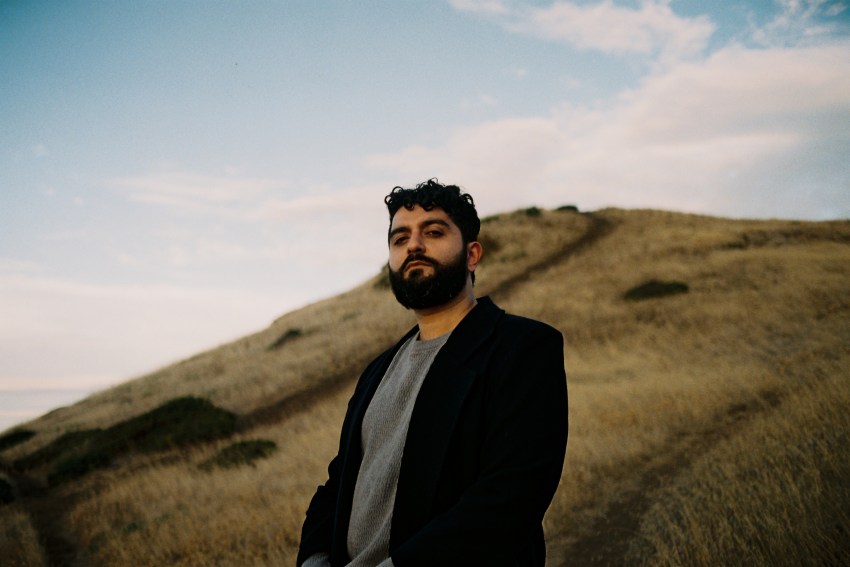 The EP isn’t strictly four-to-the-floor dance-floor fillers, but instead features stripped-back soundscapes. There’s little reliance on bass lines or drops, and the song’s empty spaces, punctuated by undulating piano keys, leave much to the imagination.

Like Aphex Twin or Boards of Canada, the music is scenic, gentle and comforting.

Motez is aware this ambient work is special. “It’s a once-off,” he confirms.

“It stemmed from me working on ambient music earlier in the year with my close friend David Musch who runs a company called Mapped Design, and we worked on a visual show that was part of Neon at RCC, called Awakening.

“That was my start to making ambient music. I won’t do it regularly.”

Despite the EP’s intangible soundscape, Motez says there’s a narrative anchoring each tune. For example, the languid-sounding ‘Oohm’, which means ‘mother’ in Arabic, was written after the death of a childhood friend’s mother.

Piano-heavy ‘Where The Heart Is’ is about familial and romantic relationships suffering because of distance during lockdown, Motez explains. He saw first-hand what the pandemic did to connections stretched over distances, and wanted to distil it in the only way he could.

While Motez says each of these songs contain specific meaning, all of which, aside from a track called ‘Shell’, contain no lyrical content. This abstract space is something that interests the artists, because it allows a listener to attach their own significance to it, or to try and decipher for themselves what’s being communicated.

Constructing meaning has been important to Motez for a long time, even from a young age.

“In kindergarten it was music lesson time, and all the kids were sitting around the music teacher who was playing the guitar,” he remembers.

“Given what I’m doing now, I thought I would be sitting with them, singing, but I wasn’t. I was with my Lego in the corner, building things.

“Construction is something I enjoy.”

When recording the EP, Motez says he used a Phantom piano for hooks, Moog Subsequent 37 synthesiser for bass lines, and was bitten by the “Eurorack bug”, which is modular instrument filled with cables, to fill out beats in between. He enjoys the modular synthesiser because he can “play” with it, he says.

“I’m a computer engineer by trade, so this takes me back to like my engineering days and building little things from nothing, and that was a big part of Soulitude –  the modular rig.”

There is a silver lining to the physical loneliness that separates us, Motez says. He’s on the cusp of releasing a “fun”, frenetic track, recorded in LA last year, which will hopefully remind us of what dancing is, and maybe reignite some muscle movement in our legs.

“That will resume normal service,” he says, optimistically.

Watch a trailer for Soulitude Live below.