Music as a means to social progress with Kiah Gossner

A stalwart of the Adelaide music scene, Kiah Gossner takes an afternoon call from CityMag while in Sydney, where, since April this year, he has worked as a producer and engineer at Studios 301.

It’s only been six months, but Kiah still finds himself splitting his time between his new city and his hometown, where he’s been gigging for the better part of the last decade.

Kiah first graced stages as the bassist for the Bearded Gypsy Band and has since played alongside countless Adelaide musicians, either in bands or as a session musician, all the while building a career as a producer and engineer.

It is ambitious both in scale and in its intent. When Kiah first conceived of the project, he wanted to use music as a way to explore themes around domestic violence, in particular, the cyclical nature of the deeply ingrained social issue.

“We were doing a tour through Europe, and it was one of these four-month, show every night, new theatre every night kind of thing… [and] it was something we were talking about on tour a bit at the time.

“It’s one of those issues that comes back to talking about it, and it’s one of those things that has platforms – there’s lots of people doing fantastic work around domestic violence – but it’s something that not a lot of people delve into in music, I think because it is a real tricky one.

“It’s confronting and it’s uncomfortable, but I still think it needs to be explored and should be explored.”

Initially, Kiah wanted to create a long-form piece of music that would carry listeners through a series of emotion states, without prescribing any meaning prior to the performance.

“There’s no lyrics in Contact, there’s no singer, it’s a string quartet and a jazz ensemble, so the challenge I set for myself was telling a story without anything, so communicating the emotion behind the narrative,” Kiah says.

After two years evolving in the back of Kiah’s mind, and then some time spent in production, Contact broadened out to include elements external to the music.

Collaboration is a large part of what Kiah does in his day-to-day as a session musician, producer and engineer, but bringing in so many other artistic pursuits was a new challenge in itself.

“It’s also been a really interesting journey for me working with other creatives, just to see how they deal with the same content,” Kiah says.

“One of my biggest jobs was to make sure we’re all heading to the same destination creatively.

“If someone misinterprets a movement as, I don’t know, really aggressive when it’s not aggressive, it’s more frustration, it’s a big difference in communicating that idea. Those subtle differences make a huge difference.

“[But] everyone involved has been very open and sensitive about the process, as well as the work.” 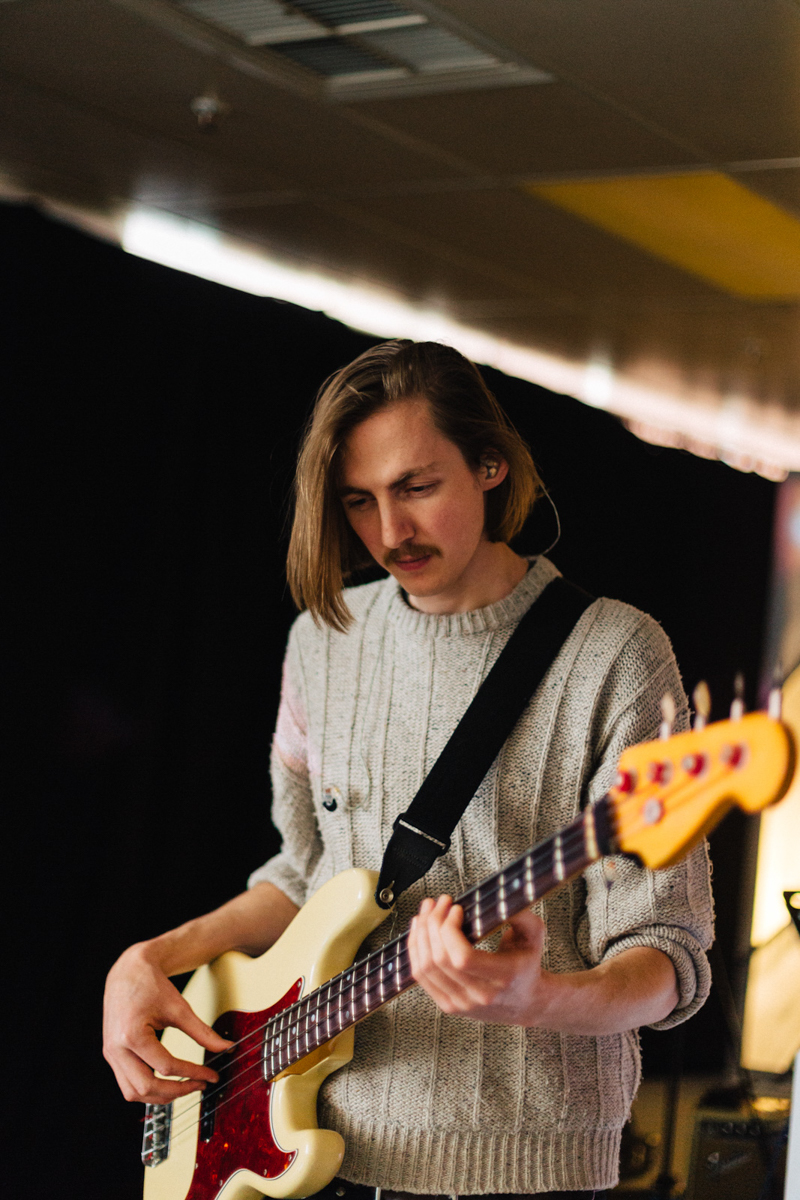 Domestic violence is not an easy subject to engage with artistically for a multitude of reasons. Like many social issues currently under our shared culture’s lens, the problem is sharply polarising.

In Contact, with the benefit of using music as the primary communication tool, Kiah hopes to reach people without forcing them to immediately form an opinion or assign themselves to a particular school of thought.

“I think music has the ground to stand on to say that there are no camps in this. And there’s no camps within the score, and the music and the art and the poetry and the film, either.

“The big thing is emotion. It’s not factual, it’s cathartic, is my point, I guess. Music and art can go places where people can’t a lot of the time, because part of the gig is to explore things that are uncomfortable, or that are make believe – to go into that space, explore it, create something that captures that moment, or reflects that moment, and hand it back in a new way, hopefully, or a way that hasn’t been said before, that hasn’t been said in an article or on the news.

“The whole point of the show is you’re guided through these emotional experiences, you’re not told what they are. You’re left to your own means to figure out what you think and feel of the piece, and whether you find it sad, happy, or confronting, or whatever… The big thing for me is I really want people leaving the room feeling different. I want them to encounter something there.”

Contact will play at the Adelaide Festival Centre’s Space Theatre over two nights, Friday, 29 November and Saturday, 30 November, and when we speak, Kiah admits to nerves in the lead-up to the performance.

“I’m nervous, but not in a negative way. Curious, maybe, is a better word,” he laughs.

After its premiere, Kiah hopes the show might go on to reach further audiences.

“I’m very curious to see how it’ll go down with a whole crowd full of strangers. I’d love to see it in that setting, especially with the projection and with the set. It’s something slightly different.”

For tickets and further information on the show, see the event page.