How to be a politician

The bar CityMag interviews Deputy Premier John Rau in is not his bar, but he made its existence possible. He was the author of the legislation that brought in the small bar license and gave rise to more than 40 small venues. As we sip on a whiskey sour, we reflect that this is our kind of politics. 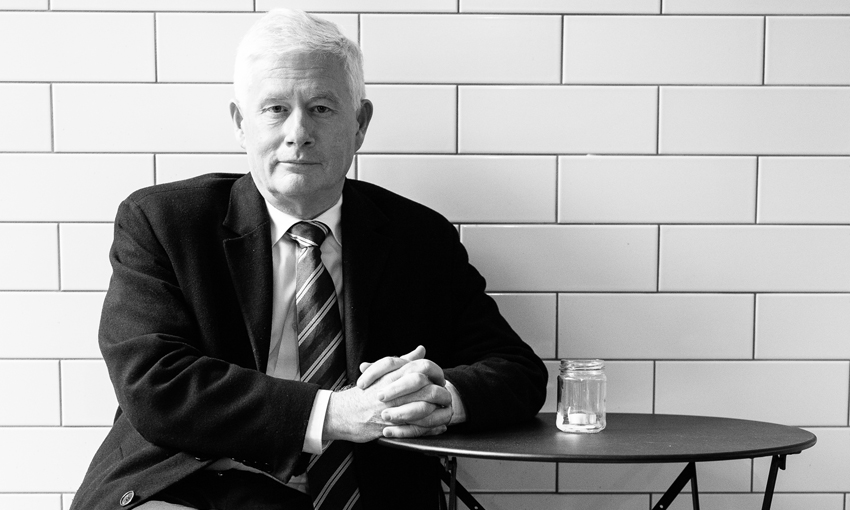 The Deputy Premier is also the Attorney General, the Minister for Justice Reform, Minister for Planning, Minister for Housing and Urban Development and the Minister for Industrial Relations. Despite this long list of responsibilities, John Rau seems to glide through the modern malaise that is politics with poise and presence. He appears prepared instead of flustered and effective rather than incapable.

The new small bars liquor license is not John’s sole achievement. He is also responsible for overseeing the redevelopment of Adelaide, tackling the prickly issue of how to accommodate more people in the city without losing its character. He’s done work on anti-bikie legislation and is in the midst of reforming the justice system to make it more accessible for people with disabilities. To put a cherry on top, he’s also recently taken on the job as Chair of the Capital City Committee – the body that straddles Council and State Government and tries to steer Adelaide into the future.

The Attorney General agreed to give CityMag readers some hints on how to become a modern and effective politician.

“If you’re going to talk to the media about something, then know what you’re talking about and be on top of it.”

If at first you don’t succeed…

“I went for a Federal Seat in 1993,” he tells us as he recounts moving from working as a lawyer, into ministerial advisor roles and finally into a parliamentary seat. “That, as it turned out, wasn’t an opportune year for Labor candidates in South Australia. It was the seat of Hindmarsh and I think I was defeated by about 1,000 or 1,500 votes. And at that stage I thought, ‘that’s it. I’ve had my go’. And so I just focused on the law career.

“In 2002 I was approached by a number of people and asked if I would run (for Labor in the State election). I thought, ‘well, I’m still interested in politics – let  the public decide whether I continue being a lawyer or do something else’.”

Consult with those who know

“When I first got Tourism and Food Marketing (portfolios) I thought there were a couple of obvious areas we needed to focus on, especially from a tourism perspective,” he says.

“They were Barossa Valley and Kangaroo Island, they’re obvious assets. I had the good fortune to meet a few people out in the Barossa like Jan Angus, Peter Lehman and Maggie Beer and had the opportunity to sit down with them and ask them how they saw things.

“I realised there was this connection between food and tourism and wine. I know it’s not rocket science now but we started work, back then, of adding value to the brands who had that regional authenticity – that provenance – that people will actually seek out.”

Consult with those who know, pt II

“A little later… I picked up the position of Deputy Premier and Planning,” he says. “At that stage I picked up the Liquor Licensing and Gambling responsibilities too. I already had an interest in the urban form and I really wanted to learn how we could make our city grow, make it less attractive for young people to leave and go to Melbourne. I spoke to a lot of people during that time and I listened to what everyone was telling me.

“I was having a chat to the guys in Udaberri (on Leigh Street) one day… And they explained to me the tortured process they had to go through to get their liquor license and all the obstacles – the lawyers and the delay.

“It resonated with me, because I was meeting a lot of other young people around the place, and they were saying, ‘we’ve got a lot of enthusiasm. We’ve got great ideas. We’ve got lots of commitment. We’re prepared to physically sand down the whole building ourselves and paint it ourselves. We’re prepared to work in the place ridiculous hours. We’re prepared to do all those things but once we’ve secured the lease for the property and we’ve done all that work we don’t have a lot of money then to be fighting in a licensing court.’

“So I spoke to John Hanlon here in Planning and I said, ‘look – we need to do something’. I was lucky because I had city planning on the one hand and liquor licensing on the other – I didn’t need to have a conversation with anyone other than myself.” In the new tunnel between Peel and Leigh Streets

“After I introduced the Bill to Parliament there was this big push back. The push back was about the number of people in the venue,” he says. “I knew that if the number was dropped back to 70 this thing would be a dud. It wouldn’t go anywhere because it wasn’t a viable business model.

“I was really, really surprised and even delighted when a ‘new media’ campaign ignited and I found out about it because someone pointed to their iPhone and said ‘look!’. There were people out there
lobbying in support of the small bars bill. I actually think that that new media campaign, at the moment it happened, did make a difference for the crossbenchers in the Legislative Council. So it’s a great example of an idea that basically comes from the community, which challenges established interests and is difficult because it’s different. In the end people getting behind it and lending their voice of support to it – does make a difference.”

“It’s an old, lawyers’ habit,” he says. “If you’re going to talk to the media about something, then know what you’re talking about and be on top of it. Say to yourself, ‘I’m here to talk about this topic – what would I want to know about that topic?’ If you don’t know the answer to your own question then you need to find out. Second thing is: don’t guild the lily. Just call it what it is. Be as plain
speaking and direct as possible.”