How to make a music festival in Minecraft

COVID-19 swiftly wiped major Australian music festivals off the 2020 calendar, but Adelaide creative Reuben Gore saw an opportunity to recreate the experience in a new format with Splendour in the Minecraft.

Adelaide content creator Reuben Gore has worked with photography, videography and animation for as long he can remember.

It’s been a busy year for Reuben, who was forced to isolate when he arrived back in Australia after a trip to New York. He used this time as an opportunity to find new ways to create and share content.

“I was in mandatory quarantine and during that time Splendour was cancelled,” Reuben explains.

“I chose to use an interesting medium, Minecraft, to create a Splendour in the Grass replica in digital form.”

Through Reuben’s insight, there came about an opportunity for Splendour’s usual festivalgoers to experience the event in a way they never had before.

Splendour in the Minecraft looks killer

Within hours of the virtual festival opening, Reuben received a phone call from Melbourne musician and singer-songwriter Woodes, who had an idea for another Minecraft venture.

“She was amazed by the reception the Splendour project achieved and wanted to do a similar type of project for her album release in October,” Reuben says.

“At the moment we’re in the process of getting fans onboard with the presale of her album so fans get exclusive access to the album and over time they’ll be able to interact with her and other fellow artists who are making a guest appearance.”

Reuben’s innovative content ideas, like Splendour in the Minecraft, saw him catch the attention of UniSA, who sought him out to teach Introduction to Digital Media last year.

“I didn’t expect it to happen, given my age at 21,” Reuben says. “My course coordinator approached me on LinkedIn because I was actively posting what I was doing and she could see I was out and about focusing on relevant things.” 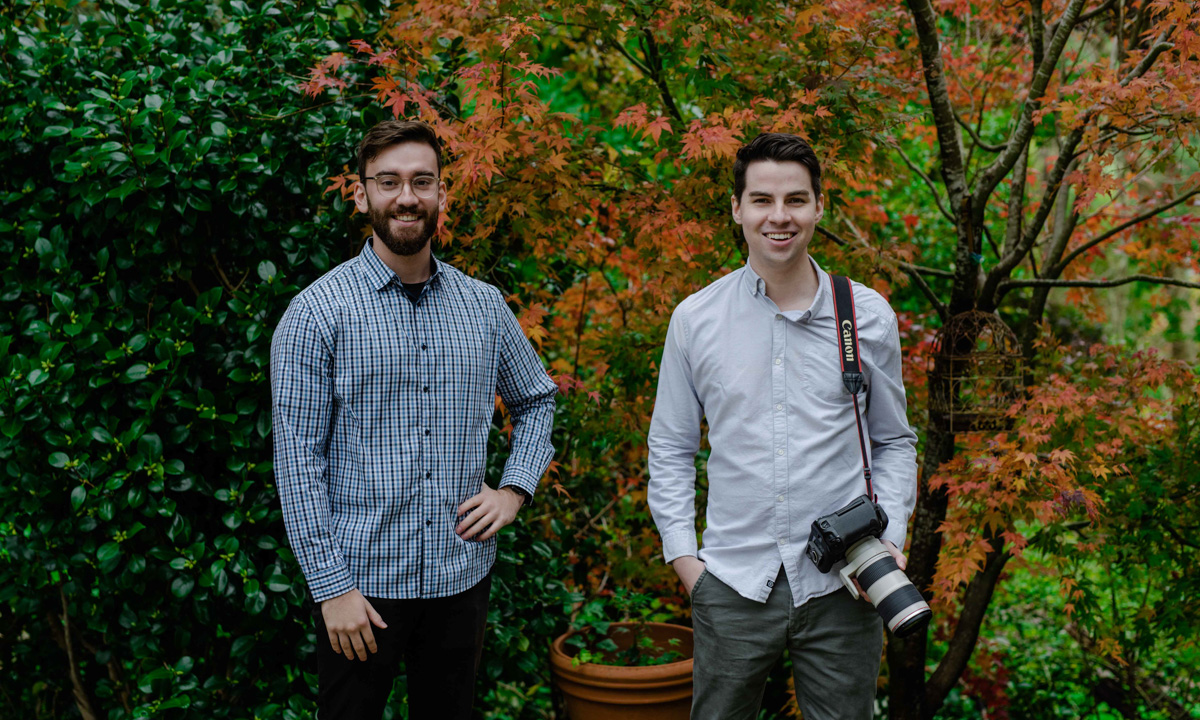 The bar to entry for content creators is lower now than it has ever been – smartphones now being a ubiquitous item in people’s pockets – and this means creators must be innovative in their work.

“Now more than ever you need content that is different because we’re obsessed with it – we crave the best! Facebook feeds are filled up with so much similar stuff and the things that stand out get people engaged,” Reuben says.

“During COVID lockdown restrictions, I used 360º videography as a new way to offer clients a solution for showcasing spaces that couldn’t physically be accessed.”

Reuben says the key to good content is a sense of humour – and memes.

“We don’t want to come across as the traditional agency that’s stuck up and can’t have a laugh at ourselves. We’re making memes on our page to show we’re human,” he says.

“As the Millennial generation shifts into that older age bracket, memes are becoming more prevalent in our culture. This type of content is taking over,” he pauses. “It’s just spreading like a virus.”