Half Strange: Equality on stage

Now in its third year, Half Strange is a DIY festival with inclusivity baked into its ethos, and for the first time this year boasts a lineup exclusively of acts featuring female and non-binary musicians.

Coming out of Adelaide’s DIY music community, it’s no surprise Harriet Fraser-Barbour’s response to a lack of female representation on Adelaide stages was to create her own festival, Half Strange, with fellow Adelaide muso, Celeste Juliete.

The festival has also released a Soundcloud playlist, available below, featuring acts from their 2018 lineup.

Harriet, who previously ran the Hindley Street café and community space, Parsec, has taken full control of Half Strange, now in its third year, with co-founder Celeste now living interstate. And for the first time, the festival has produced a lineup consistent with its ethos of inclusivity – all acts on the bill include female or non-binary musicians.

“People definitely give me positive feedback about it feeling really inclusive and welcoming. It seems to be a really positive thing to be building on stronger community networks and ties. People that I don’t often see at shows coming along and feeling good about it,” Harriet says.

As in previous years, Half Strange will happen across multiple nights in multiple venues, from Friday, 28 September to Sunday, 30 September, with each night dedicated to a different genre.

“Friday night’s usually an electronic-focus, Saturday night is an eclectic garage-y band night, and the third night is often more of a post-punk-y goth band lineup,” she says.

The first two events will occur at Half-Time, a space Harriet has been running for the last month in Renew Adelaide’s Raj House – currently being run by Feast Festival as a queer cultural hub – and the festival will close on Sunday night at Hotel Metro.

Increasing female representation on stage has been an ongoing conversation for the international music industry, with progress coming on slow. While So Frenchy So Chic will next year present its first all-female lineup, Laneway Festival’s self-reported statistics on representation show that it lags, with a 36 per cent female bill scheduled for 2019 (though its Auckland leg fares better at 44 per cent). 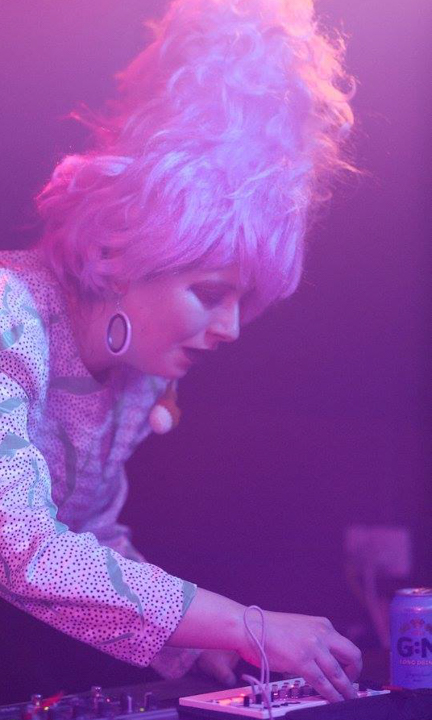 At a grassroots level, Half Strange proves that such a feat need not be considered so out of reach – all it takes is leadership willing to maintain inclusivity as a core tenet of an event’s philosophy.

For Harriet, this has meant pulling acts from across the country, and even internationally, as was the case for the festival’s first edition, which, even as a two-person operation is an impressive level of commitment – though Harriet suggests it’s easier than it seems.

“I feel like people don’t know it’s as easy as it is. I was daunted by the idea of running a festival before I did it,” she says.

“It’s the only way for the DIY community to host a festival, and I would love to see more DIY initiatives. It’s an easy way for people to get involved and start to feel like they have control in their community and can call the shots and book their own events.”

And hopefully, with more a more active local scene pushing the cause of equal representation, change can flow from the grassroots to the higher echelons of the industry.

“It would be great if other people took note of the people that are involved with the project, and reflected on the way they book shows, if they do, or the way they see other bands that they might go out and see on the weekend,” Harriet says.

For more information, check out Half Strange on Facebook.