The office of the Commissioner for Children and Young People has launched the Get Around It zine - a yearbook showcasing the abundant talent of South Australia's young people. 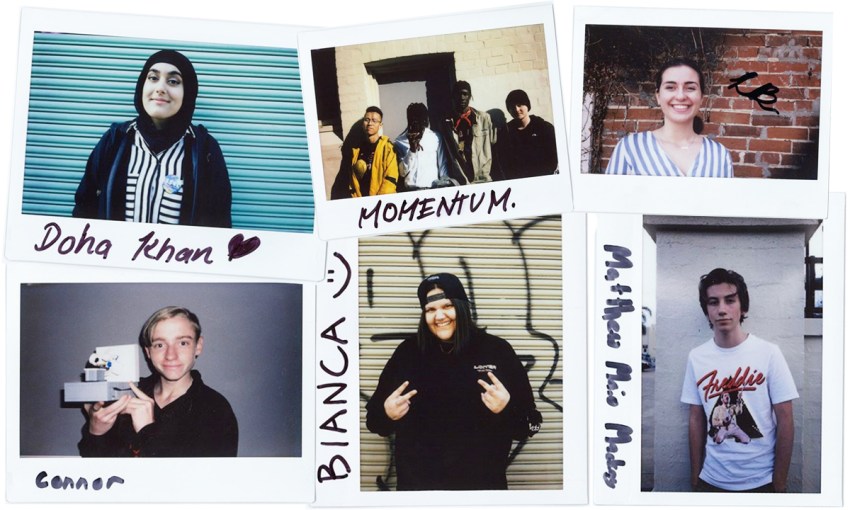 South Australia’s Youth Week kicked off last Friday and runs until this Sunday, and although a slate of public events designed to showcase young peoples’ talents, contributions and achievements throughout the state have been cancelled due to the coronavirus crisis, it doesn’t mean we should forget about our wunderkinds.

The office of the Commissioner for Children and Young People (CCYP) released its Get Around It zine last week, a publication highlighting young people in the state and the good work they’re doing.

Have the Get Around It zine delivered to your door by contacting the office of the Commissioner for Children and Young People here.

Within its pages are stories about individuals such as climate change activist Doha Khan, who’s also running as a candidate to fill a seat in the Adelaide council election, and Lego bricklayer, Connor Brennan, who wants to make kids feel more comfortable about cancer by making replica treatment machines, along with countless others – all of whom are guaranteed to make you feel like an ageing underachiever.

Although Commissioner Helen Connolly says the launch of the zine didn’t go quite according to plan – “We had all these great ideas about having it all over the place and people being able to pick that up, but that hasn’t quite panned out, has it?” she laughs – people wanting to learn more about our South Australia’s ambitious youth can contact the organisation to have copies posted to their home address.

“We launched Get Around It as a concept only last year and we essentially wanted to have a platform where we could showcase talent, because one of the really obvious things was all the conversations about the brain drain, about kids leaving the state and about all the stars going and no one being left,” she says of the initiative.

“We kind of knew that we had a lot of really amazing young people still in South Australia, but what we didn’t have was any particular way of showcasing that.

“We wanted it to be a platform that young people themselves would find cool enough to share and that there being some kudos about being on this platform.”

The Get Around It initiative launched a year ago, with the stories going up as posts on its Instagram page. The Get Around It zine brings together that year’s worth of stories into physical form.

Get Around It is still running and looking for more tales of young people exceeding in their fields. CCYP is calling for the public to nominate young people (aged 14-22) doing cool things, who might then be featured in the program in the future.

If someone comes to mind, submit your nomination(s) to getarounditsa@gmail.com.