Tchaikovsky and tulle: Paolo Sebastian and the ASO unite at AFF

Each year South Australian couturier, Paul Vaslieff, presents his Paolo Sebastian collection at Adelaide Fashion Festival, he very clearly steps it up a level. This year promises to be no different.

Paolo Sebastian presented by Mercedes-Benz Adelaide & Unley Runway 1 and 2 will take place on October 17 at 5.15pm and 6.45pm. Both shows are already sold out.

In past years, the fashion designer has lined the entire runway with a live forest floor, and even planted trees in ground floor of the Drill Hall (a building does not – believe it or not! – have a foundation made of soil). His works of cloth and creativity are at a level yet unseen in Adelaide’s fashion community, paralleled only by showings more familiar to fashion week in Paris and Milan.

In his upcoming show titled ‘The Nutcracker’, the collection will be presented in the Drill Hall accompanied by a live performance of Tchaikovsky’s The Nutcracker by Adelaide Symphony Orchestra.

Throughout the show, which runs on Wednesday, 17 October at 5:15pm and 6:45 pm and will open the festival (as opposed to previous years where his shows were the closer), an ensemble of 35 musicians will perform at the end of the runway.

The pairing ought not be surprising, when considering the level of quality expected of both couture houses and symphony orchestras.

“Paul is arguably one of our most successful young entrepreneurial exports… He has a highly intelligent and theatrical approach to what he does and his aesthetic is really very sophisticated. He also celebrates meticulous quality and beautiful fabrics and things that are handmade,” says Vincent.

“I think through that whole pursuit of creativity, ideas, beauty, is encapsulated beautifully with what [Paul] does, and I think that aligns perfectly with what we do.” 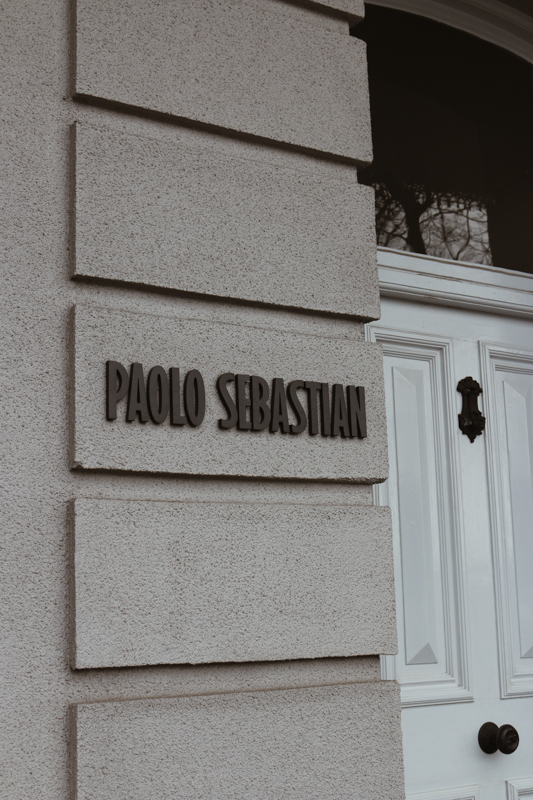 Classical music is not a new source of inspiration for the designer; Paul was introduced to Tchaikovsky at “around age eight and have been inspired by them ever since,” he says. “They have even inspired previous Paolo Sebastian collections, such as our SS13 Swan Lake Collection.”

Though his first exposure to The Nutcracker was reading storybooks and listening to the score during Christmas time as a child, the inspiration for this collection began with his goddaughter.

“I bought a storybook for my goddaughter which was a Tchaikovsky musical book. When The Sugarplum Fairy began to play I thought… ‘Well, so much for holidays. I have to start the collection while I have the inspiration,’” laughs Paul.

While working on the runway event concept, Paul considered extending an invitation to the ASO, and didn’t expect such an easy answer.

“I have so much respect for the incredible talent of the ASO, especially since the music is such an important part of the story behind this collection… When I first approached AFF and the ASO with the idea, I was almost certain that the answer would be no, so I was extremely surprised to that everyone was so on board,” he says.

Vincent says that it’s a thrill to showcase the ASO in a different guise, and an unfamiliar forum.

“It provides another opportunity to elevate the status of the ASO to a different, wider sector of the community, and one that might not necessarily be familiar with what we do and how we sound,” says Vincent.

“For those people who are going to be in the room that night, I can guarantee it’s going to be an experience that they will never forget.”