After establishing her sleep and loungewear label Öösel in the digital sphere, Lauren Puvi is making the collection of Chinese silks tangible, opening a bricks-and-mortar store in Ebenezer Place.

Part of the beauty of Adelaide-based designer Lauren Puvi’s sleepwear brand, Öösel, is the feel of Chinese silk against skin.

“I’ve noticed people’s reaction, even when they receive it as an online order, there’s a bit of surprise at how nice the product actually is,” Lauren says.

CityMag previously reported on Lauren’s interests as a designer and her desire to create thoughtful and locally made sleepwear for a mid-range price bracket.

In the 18 months since our last chat, Lauren has remained steadfast in her commitment for producing quality pieces – while also eyeing off potential real estate.

So, when 18 Ebenezer Place became available through Renew Adelaide, it was as though Lauren received an early Christmas present.

“This place came up and I love the area. It’s got a really cool vibe [and] everyone’s really nice around here … but it was the position and the location that really drew me to it,” she says.

When we meet with Lauren, she is gearing up to renovate the space in time for Öösel’s store launch at the end of this week.

The space is bare save for some white curtains Lauren is toying with, a few mirrors (“they’re being replaced,” she tells us) and wooden shelving.

“We’re getting fresh white paint … The idea was to create a space that feels like you’re almost walking into someone’s lounge room, it’s really warm and homey,” she says.

“I’m pairing with a couple of the other local creatives… Studio Mignone who do the most incredible terrazzo coffee tables, and I’ve approached Drew Spangenberg, who’s a glass artist and works out of the JamFactory. His stuff is amazing.

“So, we’re going to have some of his pieces on display as well.” 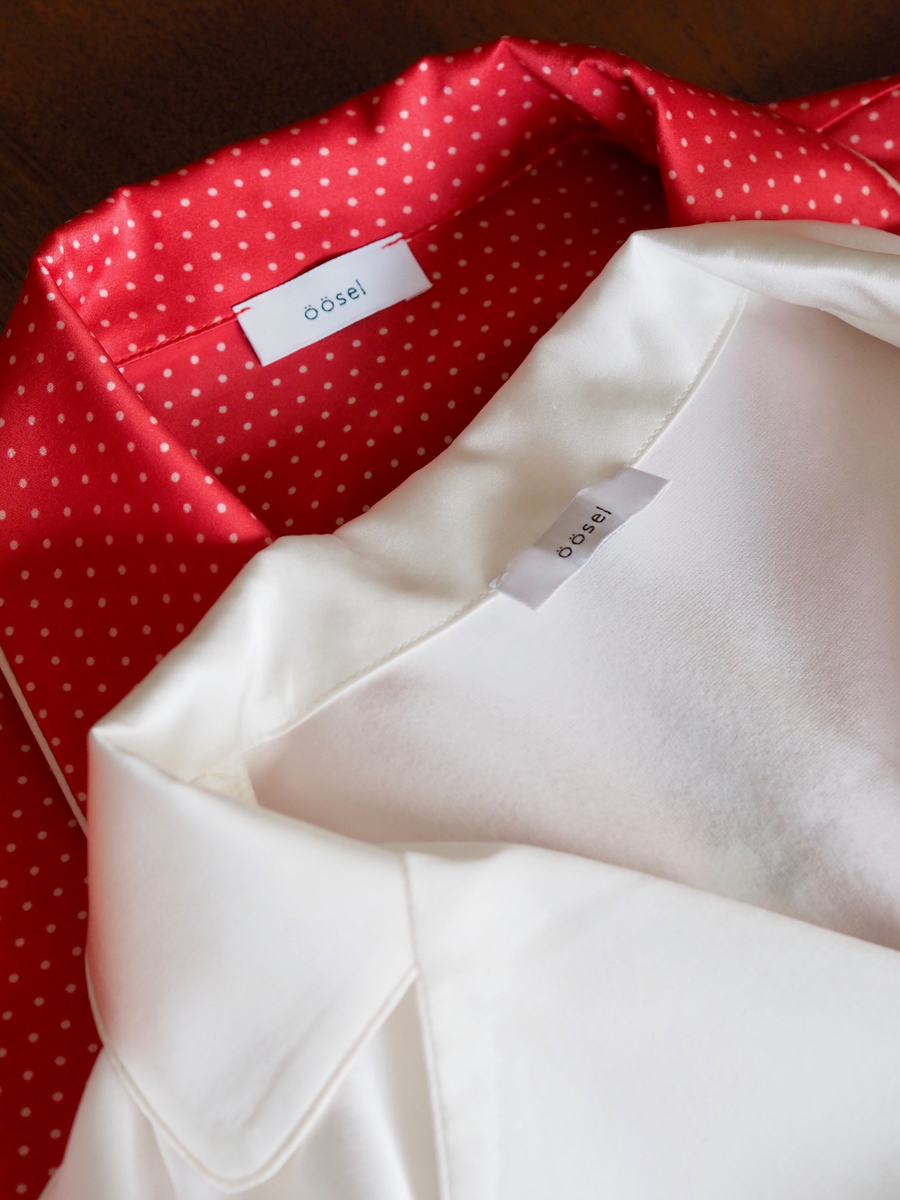 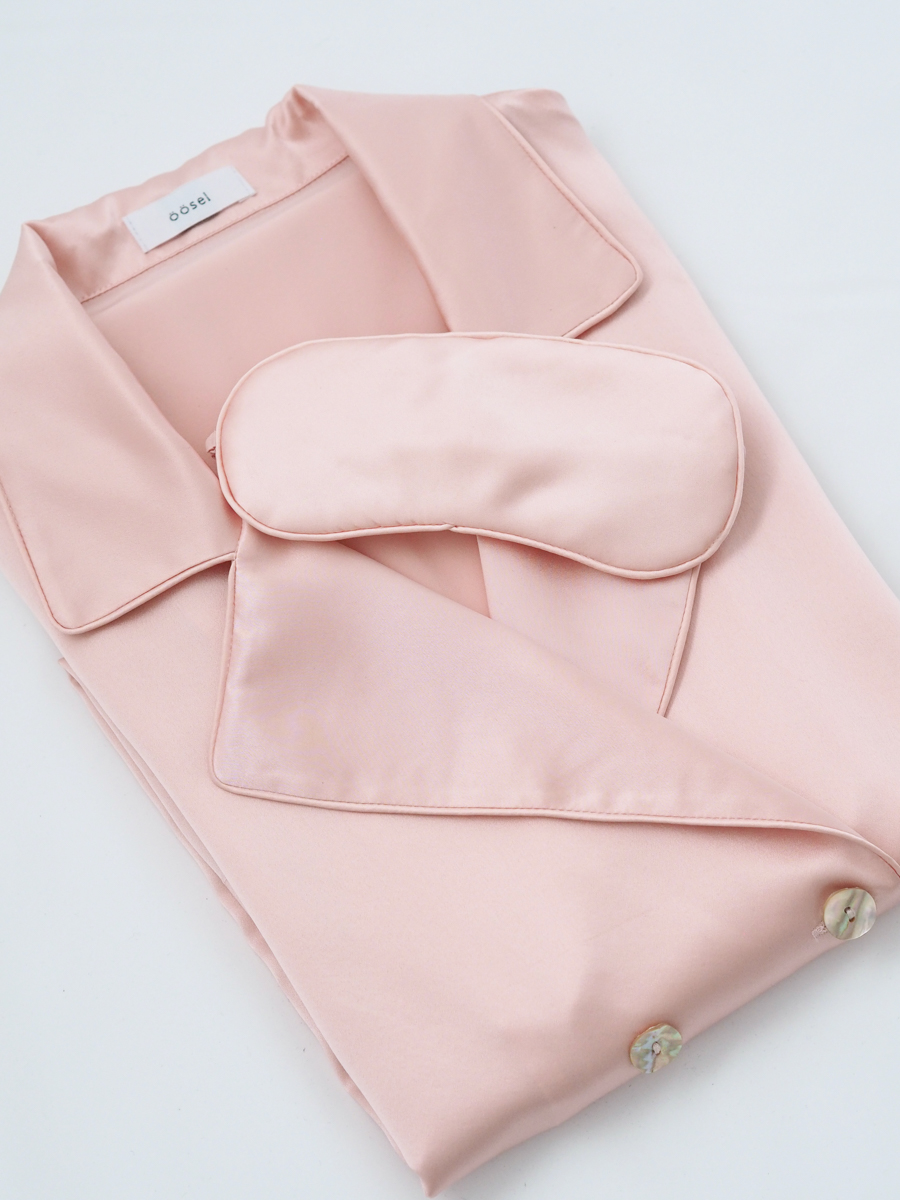 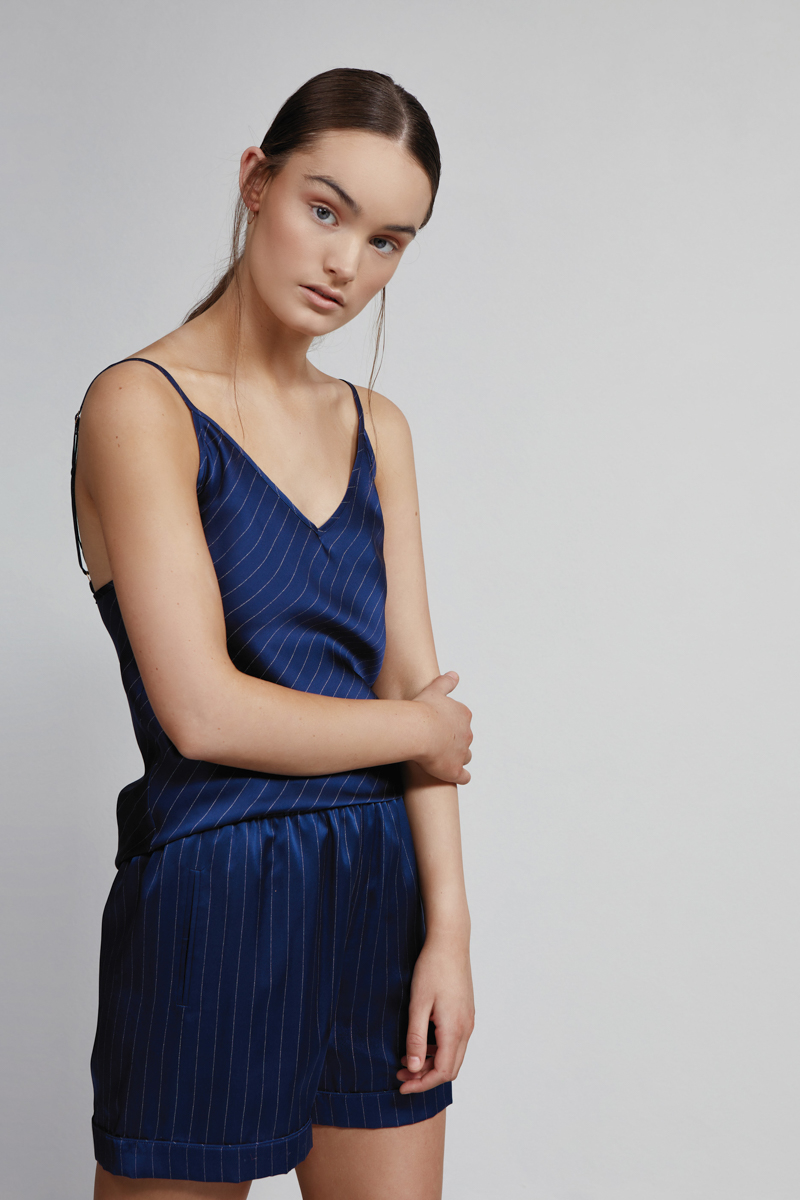 By allowing people to feel comfortable in the space, Lauren hopes customers will be more willing to experiment with their fashion choices.

Her contemporary womenswear is designed to be worn to bed or to the bar, but Lauren says people are not always aware the range is appropriate for outside of the house.

“I do find when I’m explaining the brand, a lot of people are quite surprised that you can wear it outside as well,” Lauren says.

“But it’s just like a silk shirt – it’s no different. It’s not the same style and design as your flannelette PJs. It’s just because it has the label ‘sleepwear’ attached to it [that people are hesitant].

“So, it’ll be good to meet with people and show them how you can wear [the label].”

Öösel offers six cuts – a dress, a robe, a long set and a short set – in a variety of colours.

“I’ve had the same styles since I started. The idea is to bring them out twice yearly in new fabrics, prints and colours – but the core styles that won’t change,” Lauren says.

“I’ve done three releases so far. The next one will be next year, probably in March/ April.”

But before Lauren begins work on her next collection, she says she wants to settle into the store.

“It’s a pop-up that hopefully extends. If it’s really popular then I’ll be able to make it a permanent shop,” she says.

“I’ve just got to make sure the store’s ready and then…  I can have a wine and a big sigh of relief.”