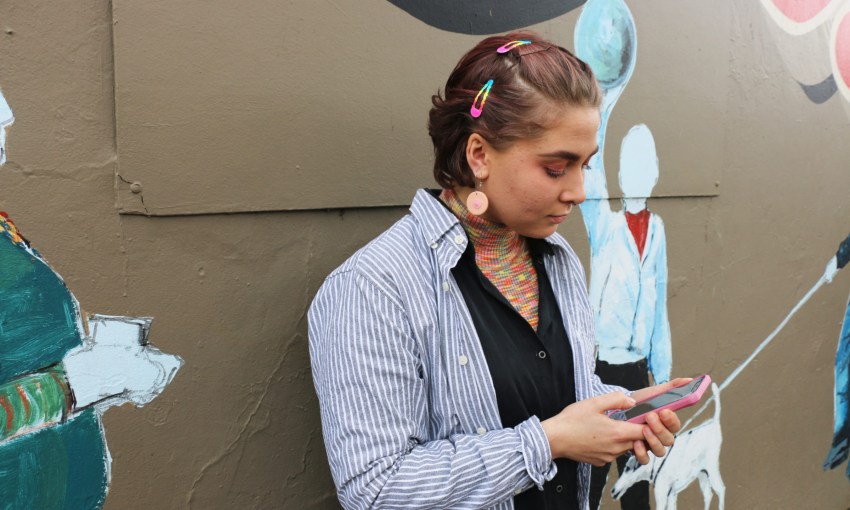 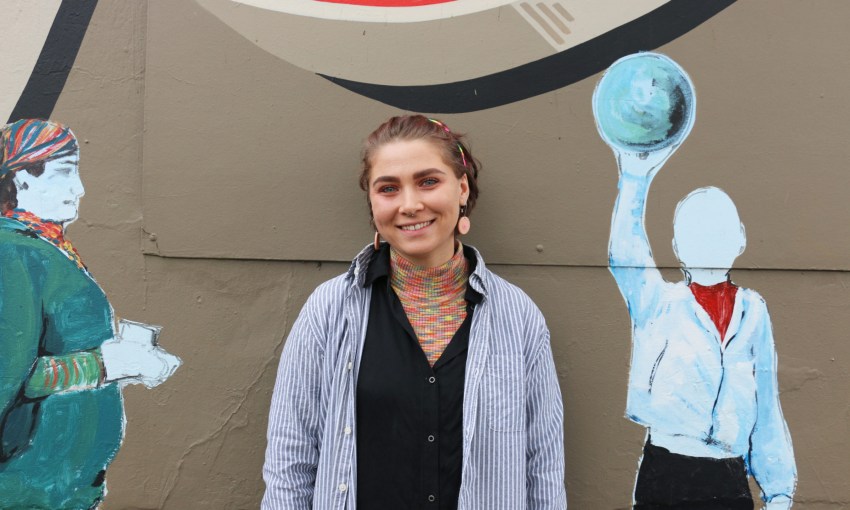 “I’m queer and I grew up in a small country town where I felt like there wasn’t a lot of resources for me,” India Potter tells CityMag.

“So now I’m focussed on the young crowd who are going through something like that, and I want to help.”

A representative from VSS said the pamphlet had been in the works for over a year before India was tasked with it’s aesthetic. VSS staff member Celia Moodie came up with the idea for the guide and it’s content was curated after numerous consultations with the community with Celia and staff member Alex Macmillan. It was funded by the Department of Human Services SA.

The guide, released late last month, includes counselling, helpline phone services, and group and event information for 12-25 year-olds to seek help if they feel threatened, with numbers for Aboriginal and Torres Strait Islander-specific services, and translating and interpreter contacts.

“The pamphlet is mainly for people in domestic violence situations, or if you’re going through something at work, and it’s discriminatory against your identity, you also have that resource and the direct contacts,” India explains.

The guide is is the size of a bank card, so as to be discreet, and can be hidden in a wallet.

“If you’re in a situation where you’re feeling attacked for your queerness, and then you pull out a bigger piece of paper… it might interfere with the situation more,” India says.

“That’s why it’s good having it smaller, and also on your phone.”

When India was working on the project, she was also completing a Bachelor of Design online at Billie Blue Design and a simultaneous Bachelor of Psychology at Flinders University.

“It’s a lot,” she laughs. She was also drawing a lot on the side, and doing commissioned portraits of people.

India submitted her symbols, which she says aren’t stereotypical and represent minorities, and was accepted for the job. She then “jumped the gun” and ended up designing the whole pamphlet. 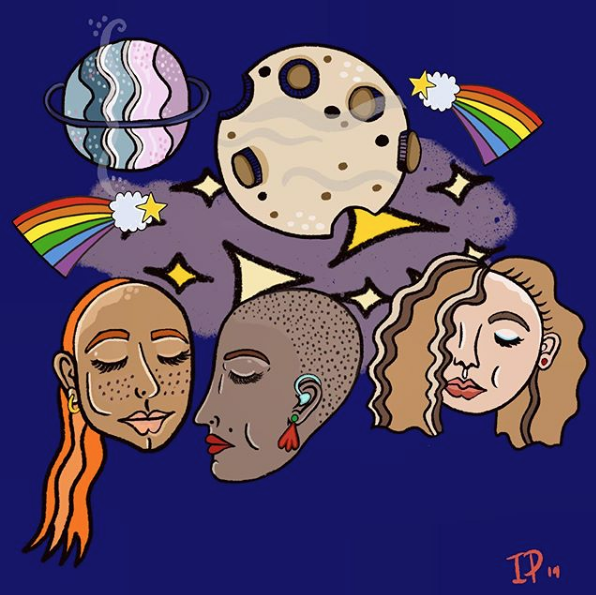 Some of India’s characters, which ended up in the Rainbow Safety Guide

“I wanted to honour my art in its own way rather than getting another designer to represent it,” she says.

“I try to always represent non-binary characters anyway, and also characters that represent disability and different ethnicities. I could do the work quite easily because I’m already automatically trying to represent those people.”

The main purpose of the guide is to let young queer people know they’re not alone when experiencing abuse, whether it’s from their family or workplace, India says, and that they have services they can turn to if they feel threatened.

VSS’ Alex Macmillan told CityMag while the card is designed primarily for domestic and family violence, it can include resources to help in other varying situations.

India says she has never been physically attacked because of her queerness, but felt if she revealed her identity at her part-time hospitality job it could have compromised her ability to be in the workplace.

Free physical copies of the Rainbow Safety Guide are available, request one via email. A web version can be viewed here.

“I often felt if I were to disclose as queer it could cause some problems,” India says.

“None of my friends have been physically hurt from violence, but there’s always situations of families not being accepting.

“I know of people who haven’t been accepted for jobs because of the way they identify.”

India is approaching the end of her studies and wants to use both her psychology and design skills to inform a bespoke people-oriented career. But for now, her goal is to make it obvious that queer people like her exist.

“They’re right in front of you and you might not even know it.”