Dance party sidebyside returns to the Parklands this weekend

Sidebyside's second edition for 2019 is a bigger and more ambitious effort, with more artists, more stages, more art, and more food and drink in a new Parklands location.

In January this year, the inaugural sidebyside brought together 500 likeminded festivalgoers into Tampawardli Ellis Park for a day of music and positive self expression.

“People rocked up early and started sharing it, and then were like, ‘Woah, this thing is actually happening in Adelaide – come check it out.’ It spread quite quickly.”

Planning for the second edition of sidebyside began immediately after the first one was packed down, and this weekend sidebyside returns at a new location, Park 27A, also known as John E Brown Park, on the north-western edge of the green belt, next to Bonython Park. 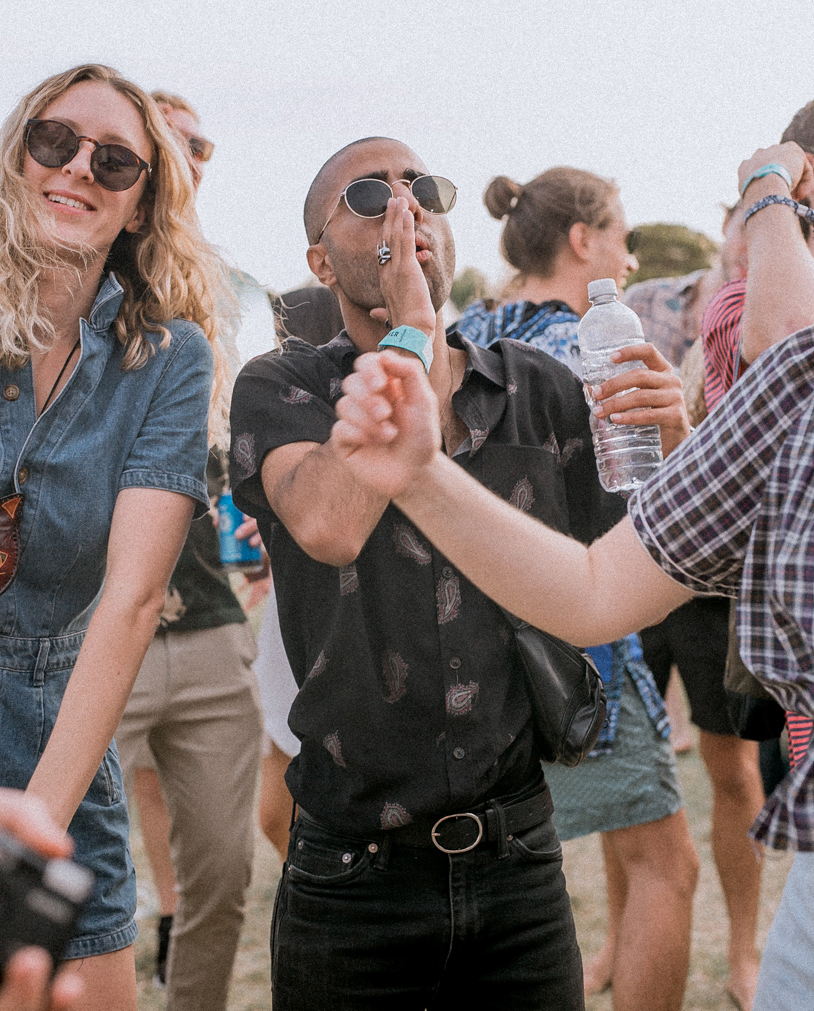 This edition is a scale-up from the first event on many fronts: there will be a bigger lineup with more international artists, a second stage has been introduced, there are additional interactive art installations strewn throughout the park, and the food and beverage offering has also expanded.

A founding principle of sidebyside is to encourage the celebration of underground music, as well as building a culture of music discovery.

To this end, the festival has brought in Berlin-based Australian producer Tornado Wallace, German duo Session Victim, British producer and deejay Leon Vynehall, and Weiss, also from the UK.

Adelaide producer Motez will also appear, as part of his 2019-2020 Australian tour.

Motez’s latest single, ‘Where Have You Been’ has seen the artist delve deeper into “club music for a purpose,” as he told Purple Sneakers this week, introducing “two very important aspects of my musical influence: my love for traditional Iraqi vocals and the inherent power of tribal drums.”

The song is “[d]edicated to my late grandmother who had a love for singing those kind of vocals to us until her very last days,” Motez said via Facebook post.

The sidebyside roster of artists is bigger this time around, and to compensate the team is this time building two stages. Matt Smith from Fabric Creative and David Musch from Mapped Design on board to design and build the custom performance spaces. 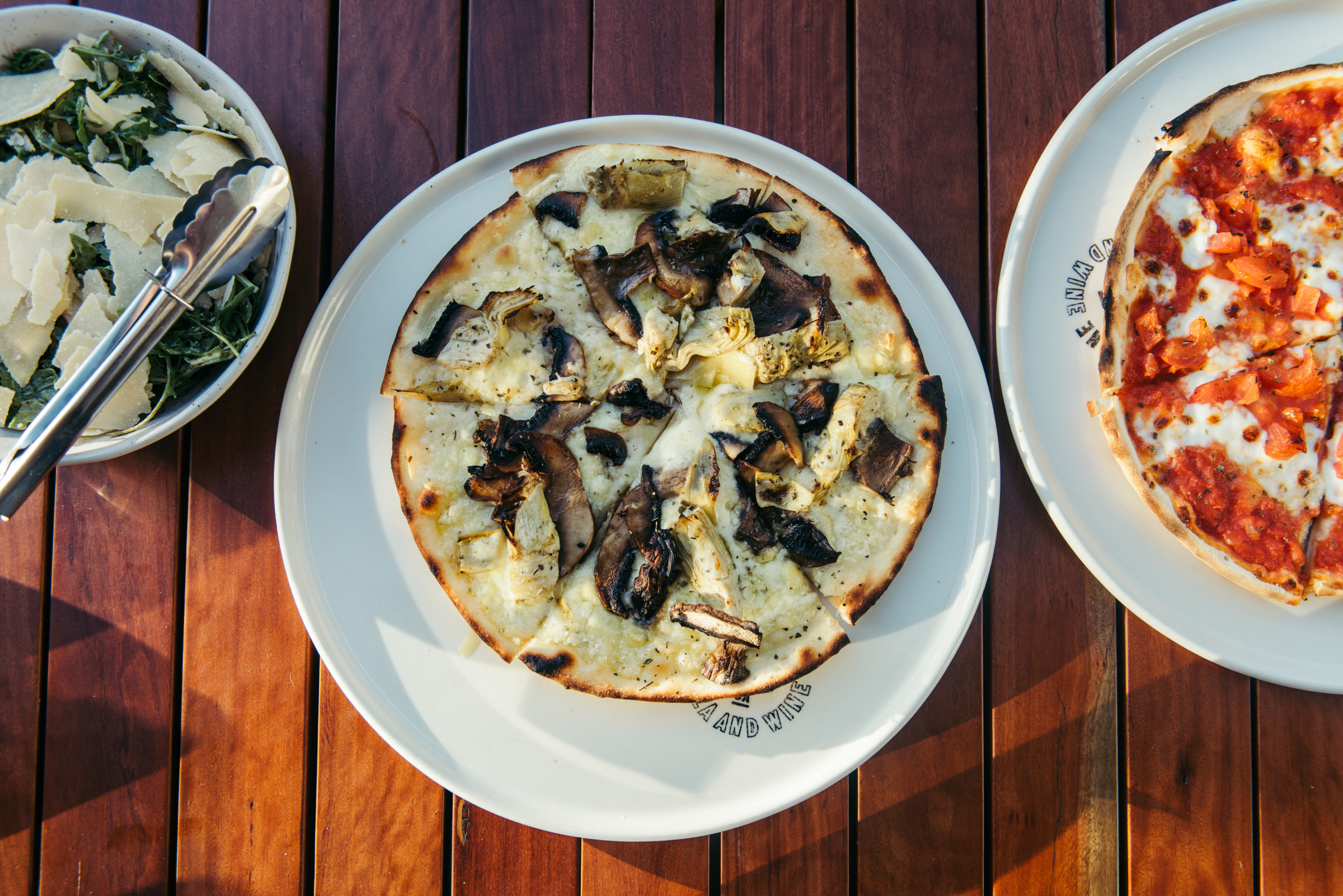 Sidebyside will this year move away from food trucks in favour of food stalls: one occupied by Kent Town wood-oven pizzeria Pan & Vine and another by Payneham Road Lebanese eatery Hello Dolly.

“They do falafel wraps and salads and hummus and some sweets, too… So they’re going to bring a relatively diverse range of foods, which is going to be great.”

The festival will have two general bars, both of which will sling beer and spirits all day long (Coopers cans will be available), and there will be an additional beverage offering this time around, called Little Italy.

The pop-up specialty bar is run by Jordan Hein of Ferg’s and Moorak and Mark Kamleh, founder of Syrian Mobile Disco.

The pair will pour from a selection wines by the glass from Moorak, Hills Collide, Scintilla, and Delinquente, as well as two spritzes, and two frozen cocktails: limoncello and Americano.

Little Italy will run from when the event opens at midday up ‘til 5pm. 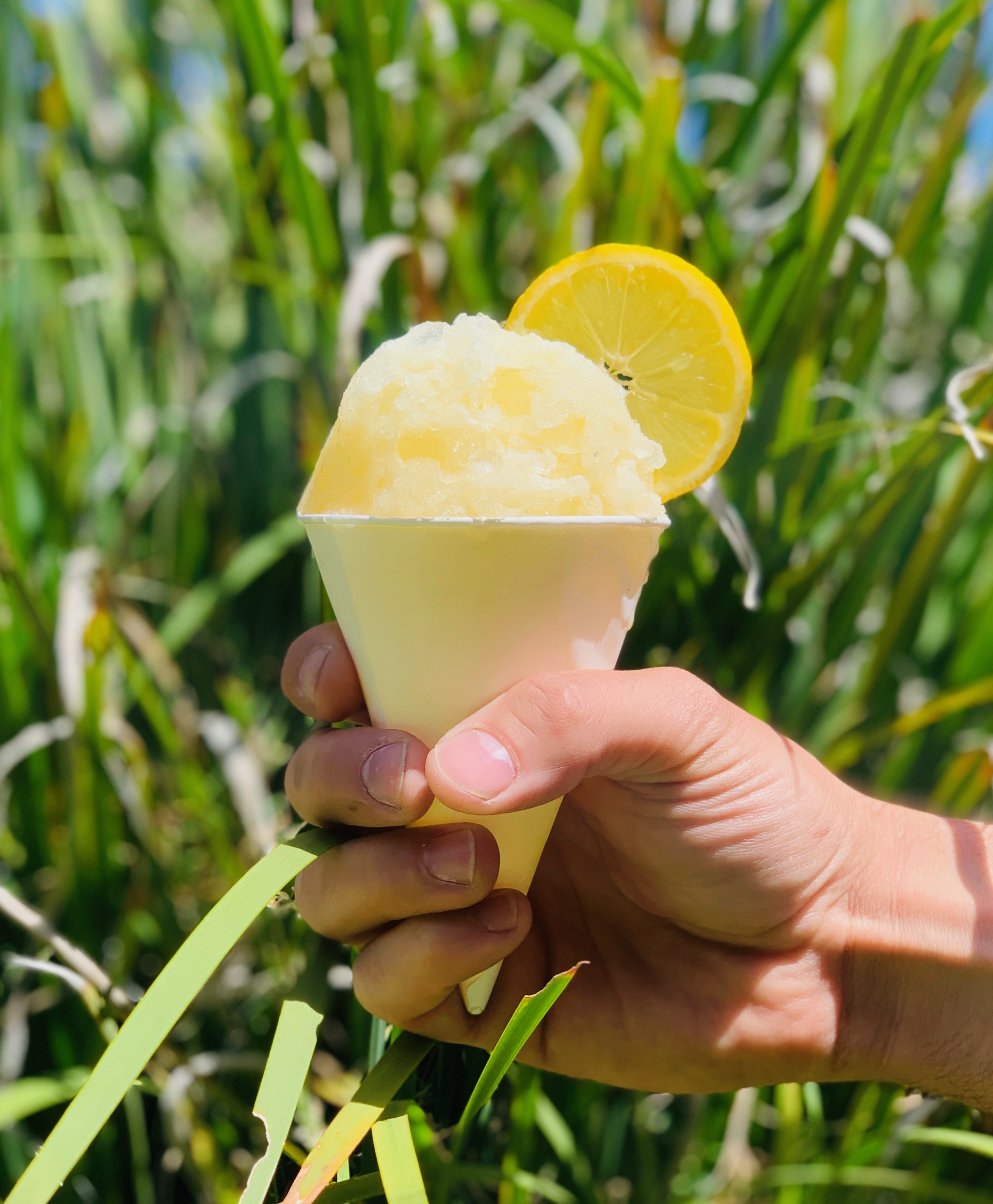 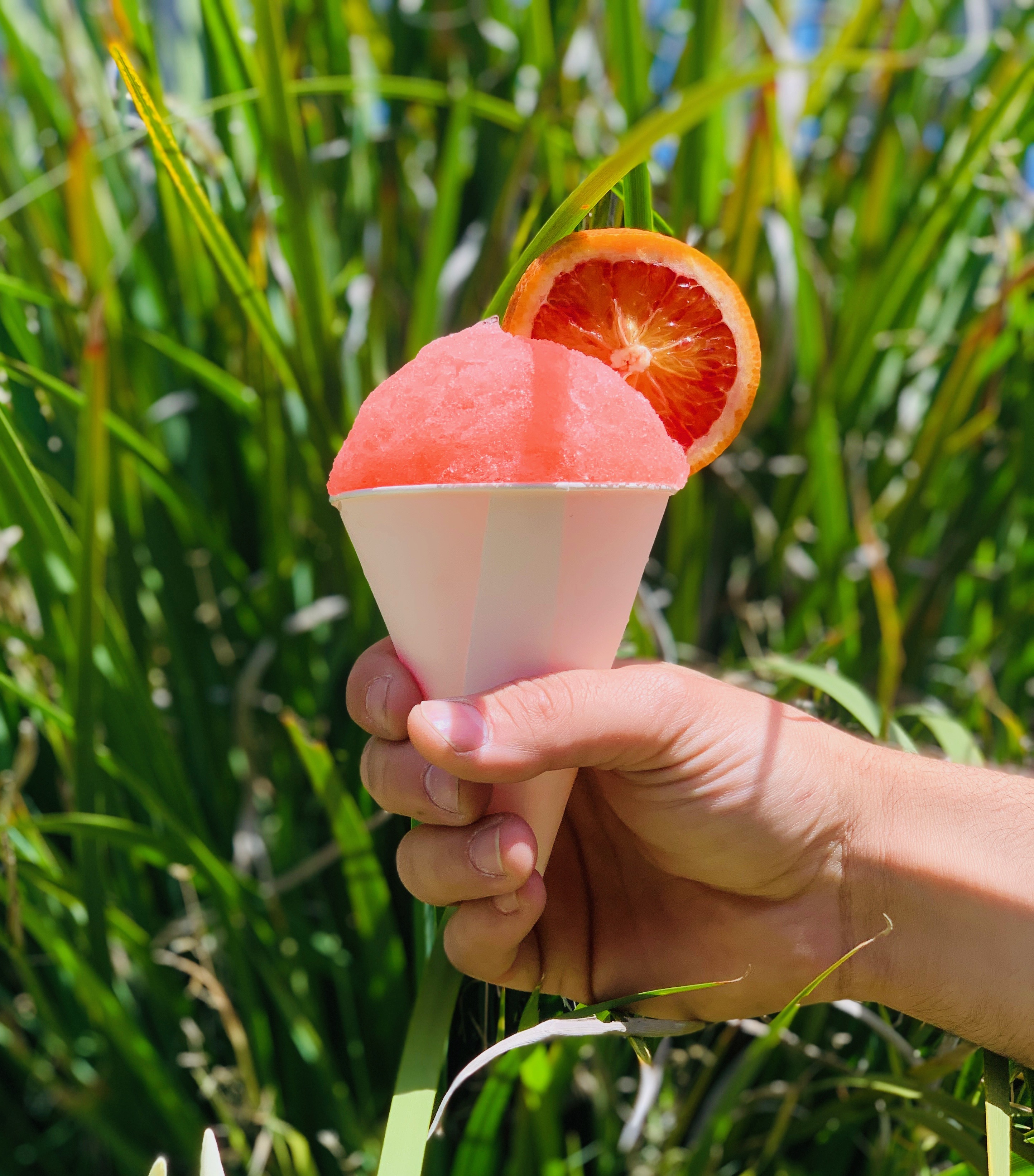 Above and right: Americano and Limoncello slushies

The sidebyside stages and installations 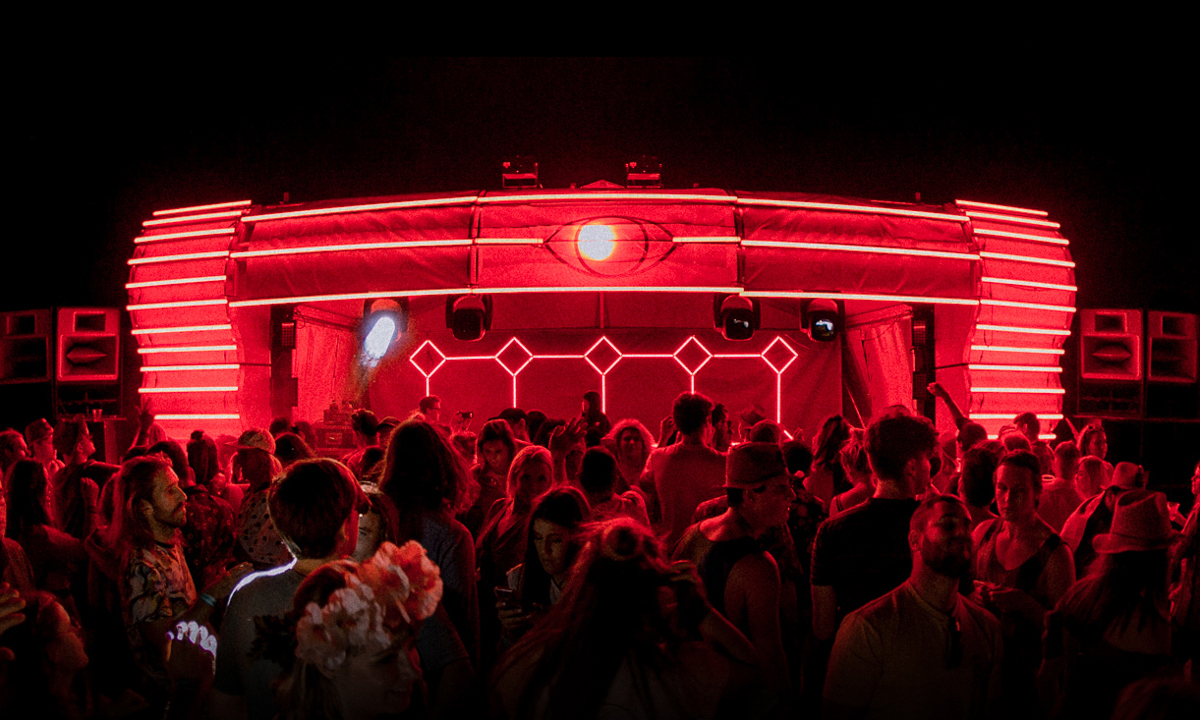 Another tenet of the sidebyside experience is escapism, and the festival is also doubling down on this element for its second iteration.

During CityMag‘s chat with the sidebyside team, David gave us a sneak peek of his stage design, which he nicknamed ‘the vortex,’ and which will make use of a large fan and a smoke machine to create a billowing cloud that will surround and frame the performing artist.

While the sidebyside crew could not divulge all the details, there is mention of the inclusion of rectangular boxes, lit up with coloured lights that change throughout the performance, that people will be strongly encouraged to dance in.

And not for nothing, the John E Brown Park site has more trees the the previous site, which, in addition to the added amount of available shade throughout the day, also provides further opportunity for engagement with the environment from both the organising team and punters alike.

Sidebyside is happening at John E Brown Park this Saturday, 30 November from midday ‘til 11pm. For tickets and further information, see the event page.