How a warehouse rap show taught me gender theory

What could I learn about being a woman from a Holdfast Bay gig organised by a 20-year-old kid?

My favourite female rapper, Junglepussy, is a feminist.

In ‘Bling Bling’ she testifies to the grit of her spirit by spitting rhymes like, “Independent women, we accumulating riches.” In ‘Picky Bitch Checklist’ she’s confident we should also be in charge of our bodies, and says she’s “rulin’ the pussy with an iron fist.”

Like Lil’ Kim, Gangsta Boo and other rap matriarchs before her, Junglepussy wants women to own their bodies and control their space in the world. She also inadvertently makes us examine how we inhabit hip hop too.

A couple of months ago, at a local rap show in Adelaide, a male emcee asked the girls in the crowd to pull their tops down, exposing their breasts. To the walloping howl from the crowd, one did.

So, before I head to Dad’s Warehouse – Lachy Riche’s venue – I’m apprehensive about what role women play in Adelaide’s hip hop scene. While some of my favourite musicians are hyper-masculine, and formidable females do exist in large numbers, rap hasn’t traditionally been kind to us. Neither have concert crowds in general.

The first person who speaks to me at Dad’s Warehouse asks to see some skin. “Turn your hand over, let me stamp your wrist,” says the silver-haired door girl, who seems overqualified for her role. Discovering she’s Lachy’s mum, I say “Thanks” and push past sheepishly. Did I just get welcomed into a blue light disco? 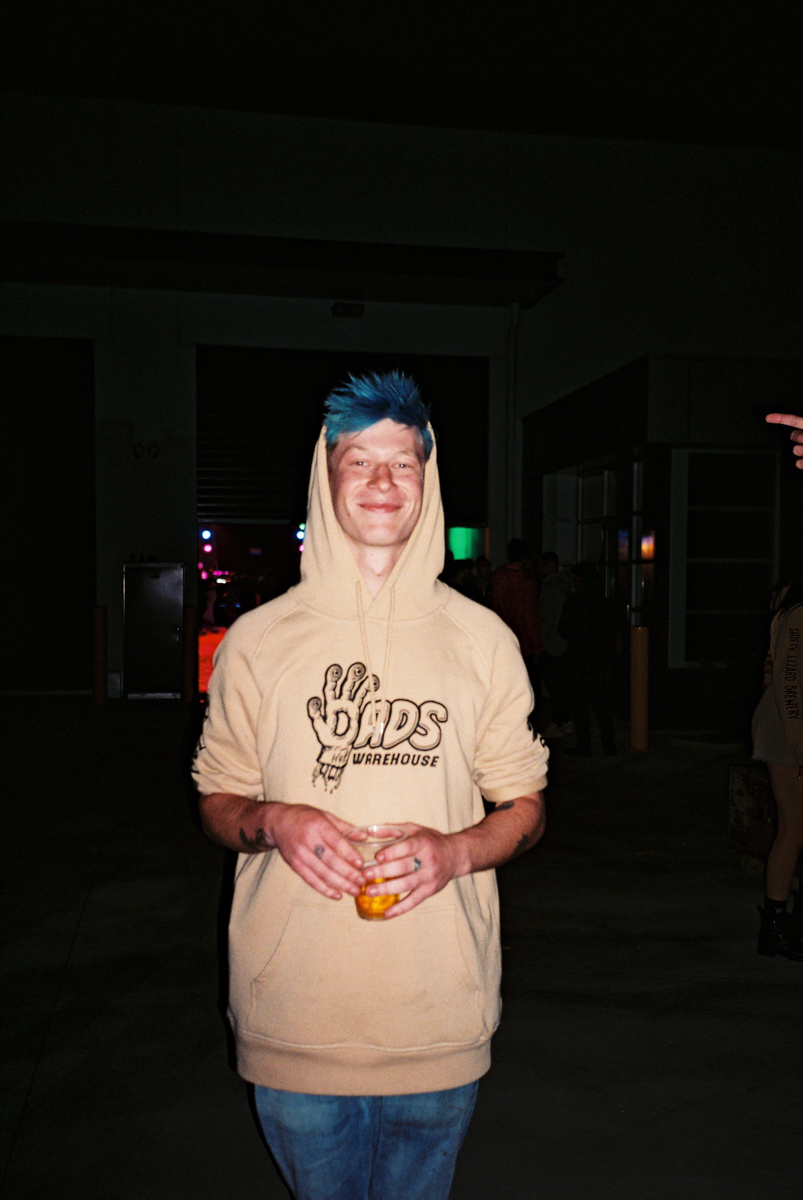 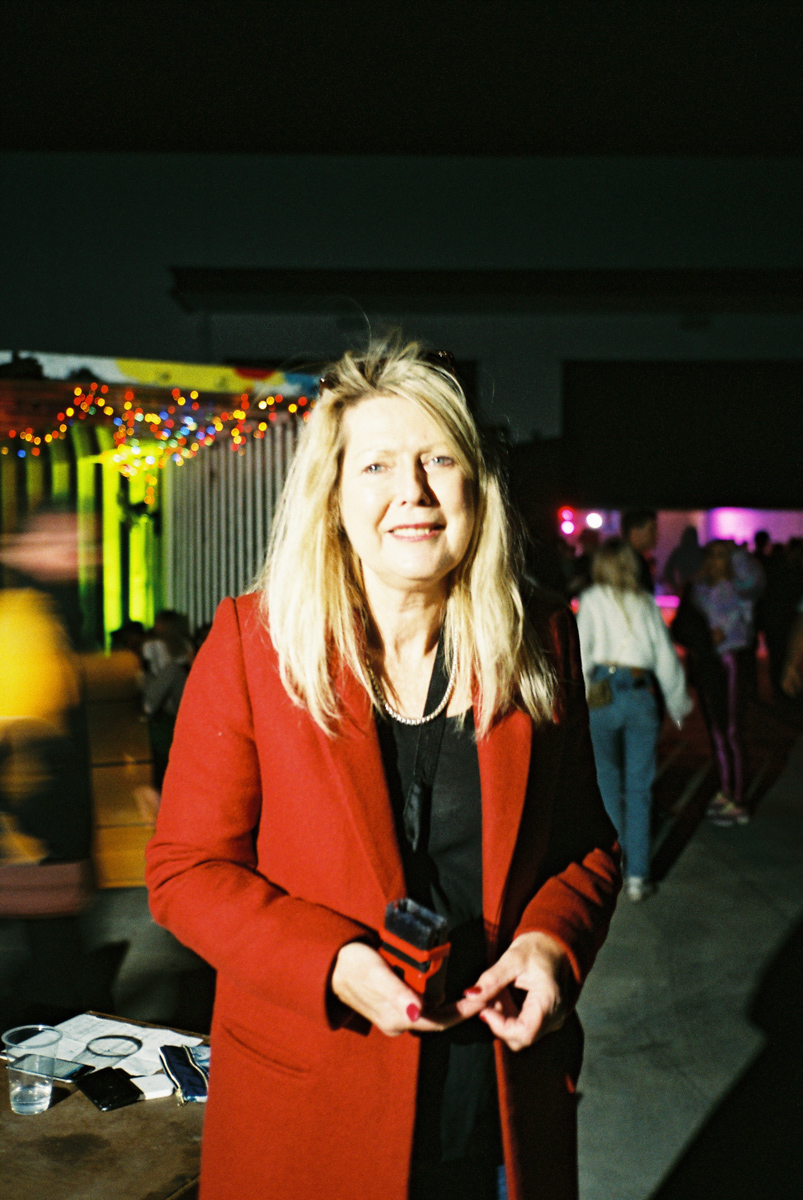 Above and right: The Riche family

A3 posters of Lil Peep and Denzel Curry are tacked to the walls. Grimy couches hug at the perimeter. A small stage, way at the back of the venue, is speckled in blue and pink lighting. A throng of 20 gangly kids bop to the cruisy beats. Dudes dripping in Adidas and Nike hear the music and join. Marijuana smoke trails behind them.

At 10pm the crowd is 80 per cent male. A dude in a red Kangol bucket cap stares at the stage from the back of the warehouse. His arms are crossed and he looks like he’s been there and done that already. His name is Tim and runs his own hip hop record imprint, Double or Nothing. I ask Tim why there are so few female patrons. He says “local hip hop gigs don’t really attract girls.”

“They’ll come to the bigger shows, like Kerser or Hilltop Hoods, but not local. If they do come it’s dudes bringing their girlfriends.”

Two dudes covered in face tattoos and sportswear roll on stage. They’re staunch and go by the moniker Indigo Merkaba. In the limelight they unleash lines offering a peek into laws of South Australian suburbia, like, “Your bars are insignificant.” Next to the stage is a girl cradling a large belly. It’s Indigo’s fiancé and baby mama, and she’s filmed the entire performance lovingly through an iPhone. I ask if I can take her photo. She lets me a take a million. 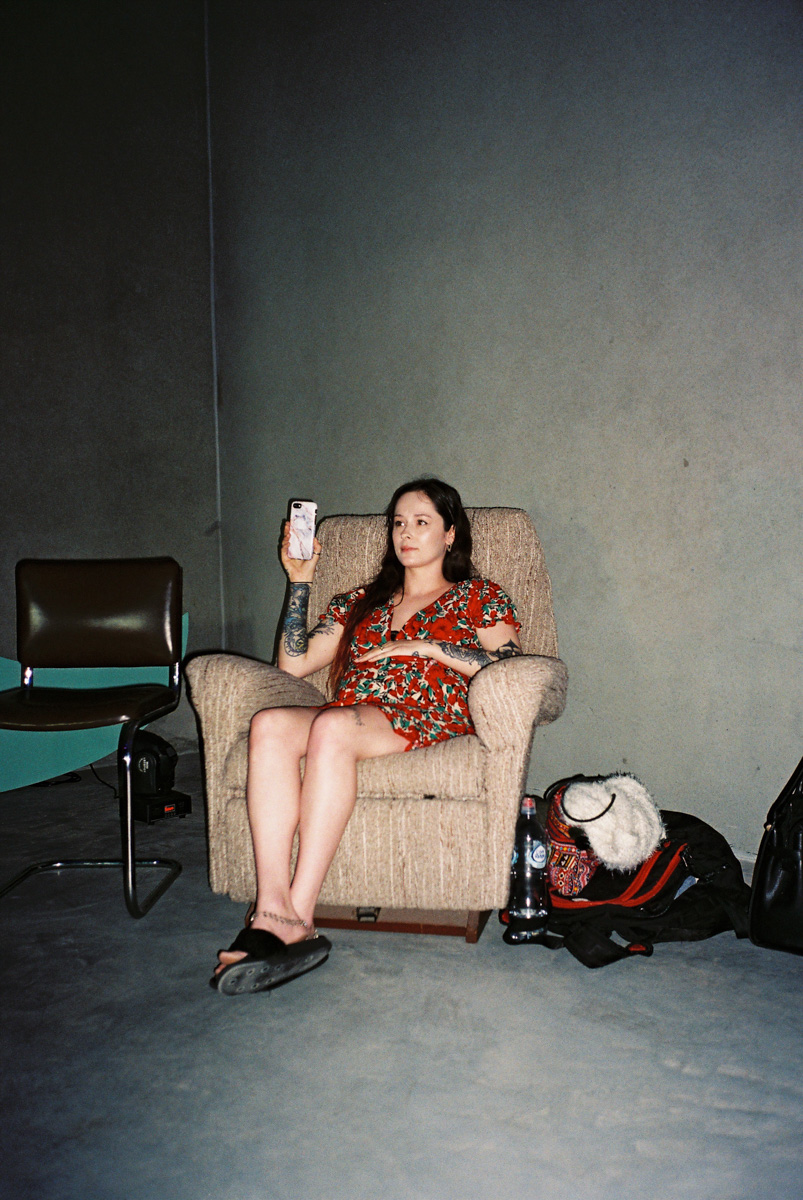 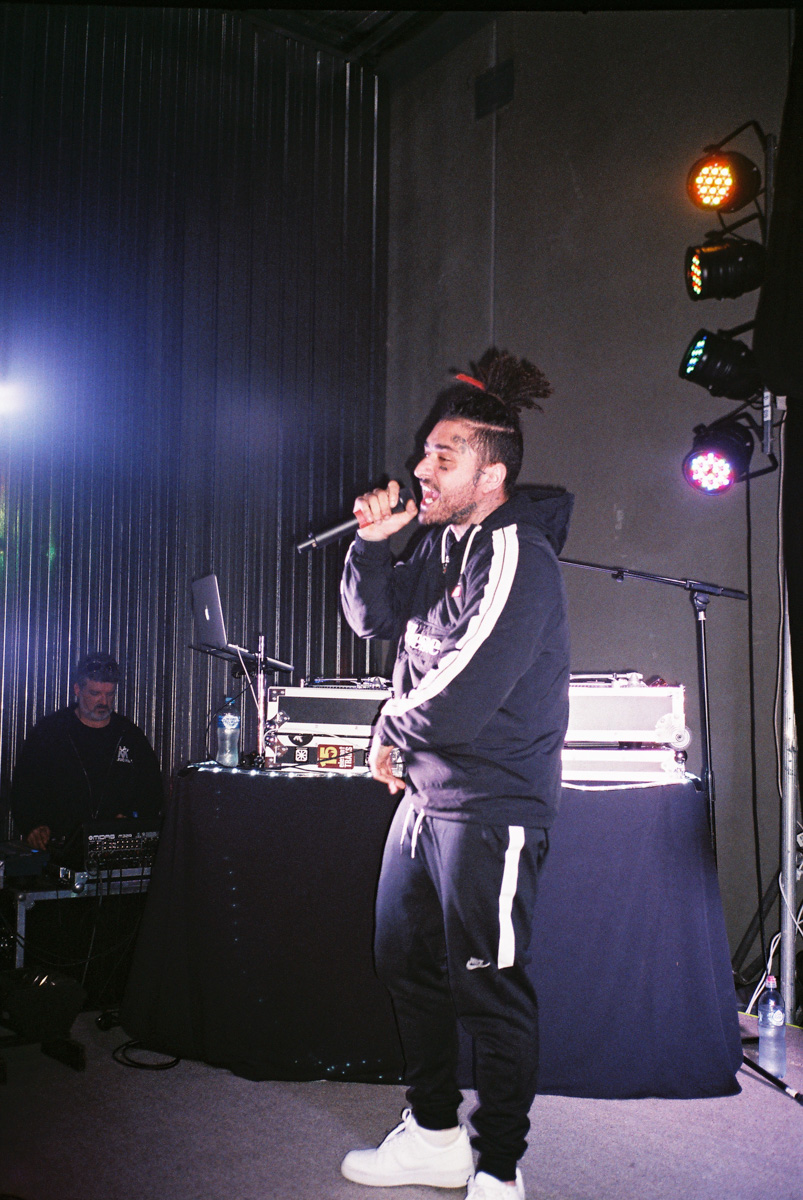 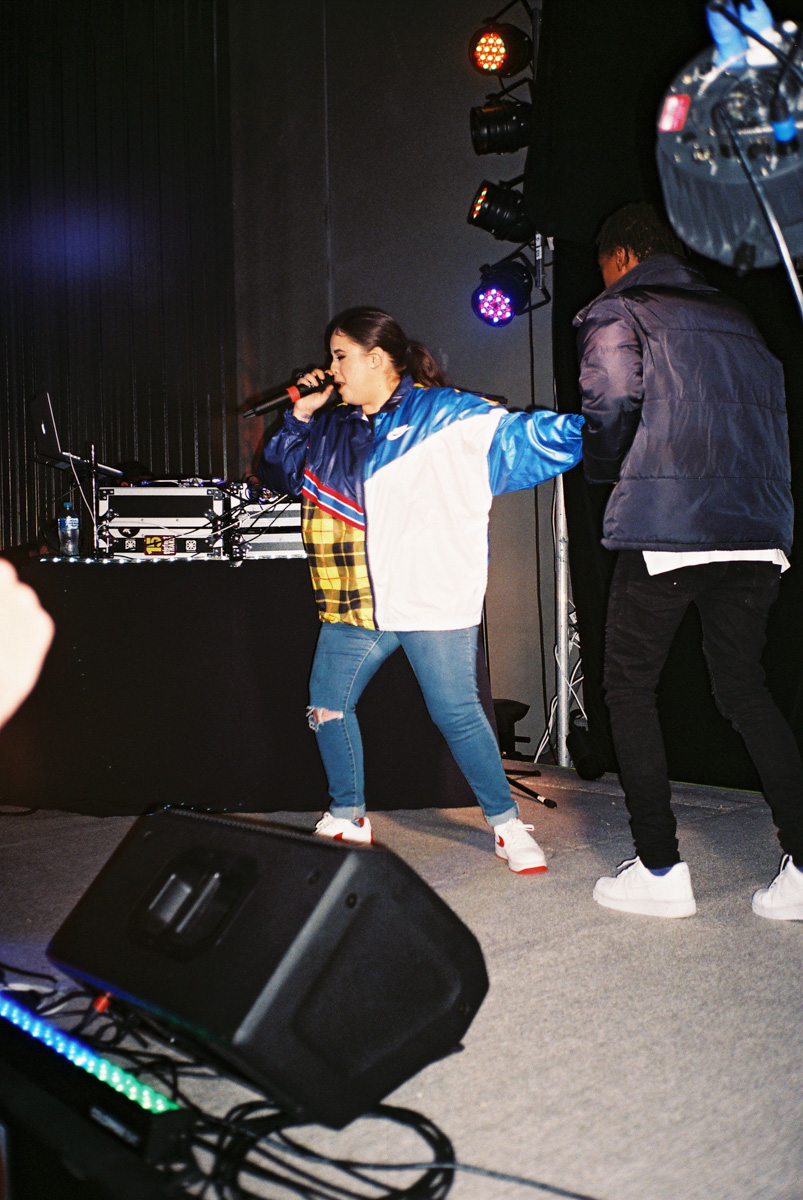 Next up is the 18-year-old Adelaide native, B.Z.A who’s already got a North American record label deal. After one track she’s already slicked in sweat. She throws disses like “Bitch I never needed you” and “Did I mention I’m a legend in the making” over heady trap claps, while fans mouth along never missing a syllable.

It had always disturbed me that philosopher Nietzsche didn’t believe women could have depth. He once wrote that we don’t even have the capacity to be shallow. I’d argue the gig I saw at Dad’s Warehouse refutes Nietzsche’s claims.

While it may not have been the event’s intention, and we were devastatingly outnumbered, this gig demonstrated to me that women exist in hip hop here. We are the mothers, the supporters and the next star on stage.