Slingsby brings Emil and the Detectives to Dazzeland

The theatre company is turning the Myer Centre's fifth floor into a train station.

Slingsby theatre company generated excitement and hype when it announced that its Adelaide Festival show, The Young King, would be staged in the vacant fifth level of the Myer Centre – a venue that, years ago, was fleetingly home to the ill-fated Dazzeland.

Emil and the Detectives is showing on the fifth level of the Myer Centre. The season begins Wednesday, July 19 and runs until August 5. Full season details can be found on the website.

The company returns to the site this week with new production Emil and the Detectives, but the choice of venue is not a marketing ploy.

Instead, says Slingsby artistic director Andy Packer, working in a non-traditional space gives the company the chance to make the kind of work they want in the way they want.

“We can build a more comprehensive world for our audience,” he says. “So, here, when our audience step out of these lifts – they’ll basically be stepping into a train station.

“There’s that, but it also means we can rehearse where we perform. There’s this mad rush that happens with theatre where you’re in the rehearsal room and then you have this crazy week or half a week in the venue, and then you’re on, and then the show is over so you have to get out.

“We make an investment in the creative process, so we have a beautiful creative team of artists we work with – and we make the work over a longer period of time.” 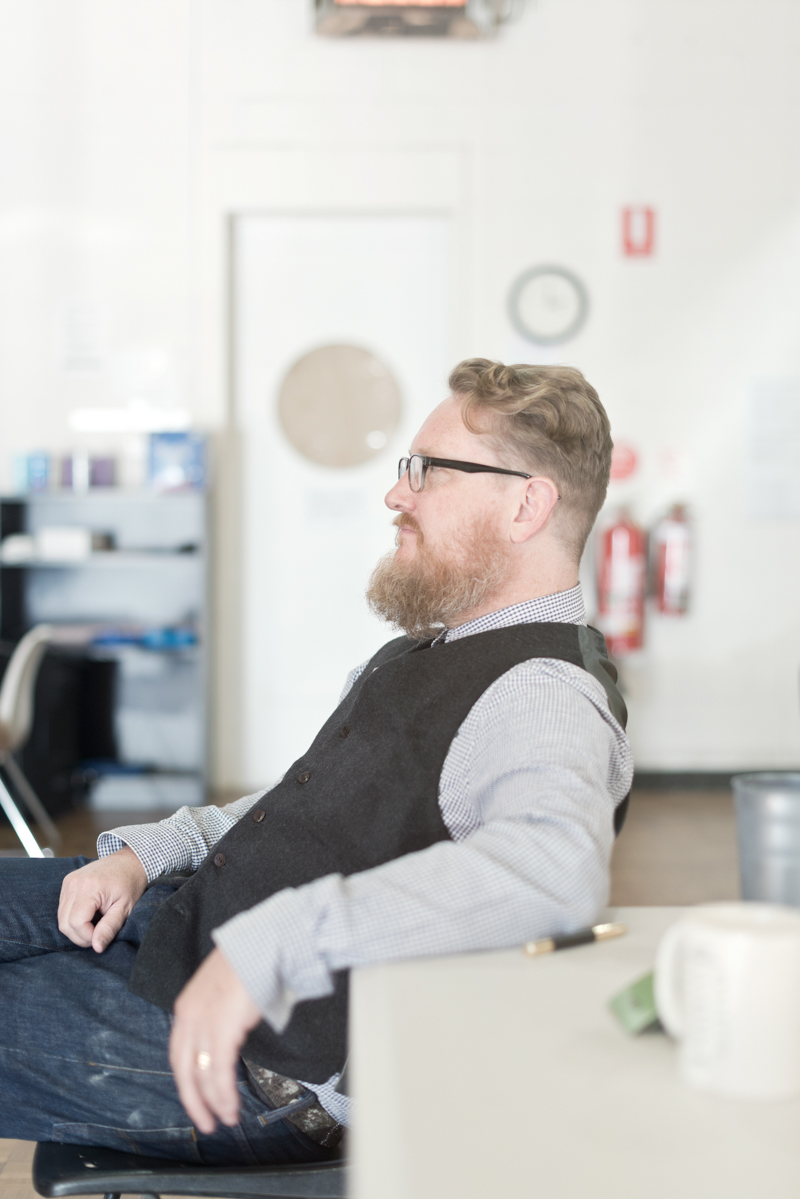 Emil and the Detectives is the second Slingsby production since the company suffered major funding cuts in the sweeping federal arts funding changes of 2015. The cuts were a big blow, but Slingsby has rebuilt on the back of State Government support and significant public donations, the latter of which has given Andy the confidence to keep making work that is peculiar to Slingsby in style and purpose.

Emil and the Detectives, then, is another demonstration of what the company thinks are the most important things in theatre.

“When we started the company it really was the intent that we would find a stable of artists and work with them over a long period of time,” says Andy.

“That’s kind of come to pass really – people come to the show and know they’re going to hear incredible music written by Quincy [Grant], and amazing lighting be Geoff [Cobham], and great sets from Wendy [Todd].

“This is also a playground for these artists as well. Because we know each other and trust each other, Geoff, for example, will always come up with a lighting idea that he may not do in another setting. We know that the total experience is a combination of all of those elements and there’s trust from the start.”

Emil and the Detectives also employs a style of storytelling Slingsby for which the company has become known.

Featuring just two actors – Elizabeth Hay in the role of Emil, and Tim Overton in literally every other role – the piece relies heavily on narration.

“Tim is just such a great actor to say, well, ‘why don’t you play 25 characters?’,” says Andy. “In a way, also, we have kind of found this form of theatre which is a lot of narration with beautiful language which makes the theatre experience a bit more akin to reading a book.

“We use a lot of shadow, and a lot of tungsten lights as well, and flame where we can – because we’re really trying to recreate that ancient feeling of sitting around a campfire telling stories. That allows the audience to construct their own images – we’re not creating every image – which again requires the audience to be much more involved.”

The story of the play, which was adapted by playwright Nicki Bloom from a book by German author Erich Kästner, follows main character Emil heading from the country into the big city, and trying to right a wrong along the way.

While Andy says Emil’s story evokes the idea of “the small people in society finding a way to demand justice from someone who is taking advantage”, he’s careful that the work isn’t didactic or overly explicit.

“The most important thing is we don’t have a message we’re trying to hit people over the head with,” he says. “For us as a team, the point of the work exists within the audience.

So, in a train station built on the Myer Centre’s fifth floor, there will be plenty of room to dream and imagine as Emil takes a journey over the next few weeks.