Fashion icons at the Art Gallery of SA

For 110 days across spring and summer, the Art Gallery of South Australia will become the most fashionable place in the country as it prepares to host an exclusive exhibition titled Fashion Icons: Masterpieces from the Collection of the MUSÉE DES ARTS DÉCORATIFS. 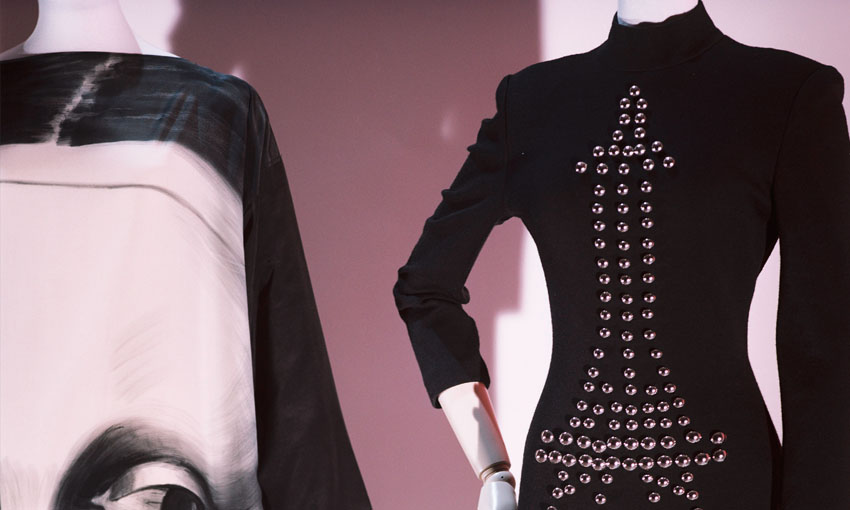 Adelaidians, you best dust off your Lanvin, Lagerfeld and Louboutins and rush to see these marvels of the fashion world.  Exclusive to Adelaide, this exhibition brings what are arguably the most significant pieces of all time to our doorstep.

Through one of the most time-indicative art forms, the exhibit follows cultural and social changes to paint a clear portrait of the 21st Century.

The exhibition is brought together by the chief curator of modern and contemporary fashion and textiles at Paris’ Musée des Arts Décoratifs, Pamela Goblin – who is a historical expert and custodian of French style. A published author and a fashion icon in her own right, Goblin has worked exclusively with the Art Gallery of South Australia to curate a particularly Parisian journey through fashion from past to present.

“Pamela is a world expert of fashion and we wanted to work with the best in the world, so it’s a great privilege to work with her and her team,” says Art Gallery of SA director, Nick Mitzevich.

“Robert Reason, our curator of decorative arts, spent time at the Musée des Arts Décoratifs working alongside the staff and it was a great opportunity for us to develop a much closer relationship for this project that’s been specially commissioned for the Art Gallery of South Australia, so it’s unique to this gallery and we’re thrilled to present this exclusively in Australia.”

With design input from critically acclaimed architect and designer Christian Biecher, the exhibition will establish itself with the Adelaide gown – a breathtaking piece from Christian Dior’s iconic 1947 post-war “New Look” collection. “With his A-line series, Christian Dior released his radical new silhouette and he wanted to name all of the dresses using a woman’s names beginning with A,” says Nick.

“One of those he chose was ‘Adelaide.’ So we’re really excited that the Adelaide dress will come to Adelaide, and that will be the first dress you’ll see. It’s an extraordinary couture gown, and it’s wonderful to welcome the city’s namesake in the form of a dress.”

You can purchase your tickets to Fashion Icons: Masterpieces from the collection of the Musée des Arts Décoratifs, Paris from Monday, September 1. The exhibition runs from the October 25 until February 15, 2015.

Visit the event blog at fashionicons.com.au

Through one of the most time-indicative art forms, the exhibit follows cultural and social changes to paint a clear portrait of the 21st Century. Featuring works from the supreme masters of couture – everyone from Jean Paul Gaultier to John Galliano to Alexander McQueen – as well as incredibly influential prêt-à-porter pieces, the exhibit is set to awe those with an avid interest in the art of fashion, as well as those who don’t receive a monthly Vogue in the mail.

Accompanying the 100 garment exhibit are events such as hands-on workshops with industry giants like fashion illustrator Kerrie Hess and fashion photographer Georges Antoni. Added to this are discussions with designers Carla Zampatti, Kym Ellery and Toni Maticevski, numerous screenings of fashionable films from Valentino: The Last Emperor (2008) to Mademoiselle C (2013), and of course – the Art Gallery’s wonderfully whimsical ‘Fashion Icons Up Late’ program will begin, with events celebrating fashion, music and culture through the decades. This exhibition is set to be one of the gallery’s most successful, anticipatively following in the footsteps of 2013’s Turner from the Tate which saw over 92,000 visitors in its three-and-a-half month stint. Nick says the calibre and magnitude of exhibitions such as these have paved the path for things to come, and promises we’ll see them soon.

“This is really the start of a series of exhibitions that will make summer an important part of the Art Gallery’s artistic program. Following the success of Turner from the Tate last year, we can be more ambitious with the scale and complexity of the exhibitions we present.”