Manus will bring the realities of Australian immigration policy to shore

Many Australians manage to hold the reality of life in Australia’s offshore detention centres at arm’s length, but Iranian theatre director Nazanin Sahamizadeh will bring it home with force when her play Manus makes its Australian Premiere in early 2019.

Via the media, Australian Government representatives like Tony Abbott describe conditions as “pleasant” while, simultaneously, normally apolitical bodies such as Médecins Sans Frontières call for immediate evacuation of all refugees from offshore detention.

Missing from this contradictory picture is the voices of the detainees themselves.

A precious few filter through – journalist Behrouz Boochani’s book No Friend But the Mountains is a prominent exception. Largely, though, the voices from behind the razor wire don’t find their way to our ears.

Nazanin’s interest in making the work was sparked when she first learned about the offshore detention regime in the same way most of us do – via a news bulletin. A large proportion of people held in detention are Iranian, and Nazanin says her attention was caught by the “shock” of discovering “such an inhumane situation”.

“While researching in the media, I came across news about Manus broadcasted by Behrouz Boochani,” says Nazanin.

“I tried to find Behrouz’s phone number from newspaper offices. I contacted him and told him about the play and he said he’d help me to find more information and connected me to other persons over there.”

Through this research, Nazanin spoke with many refugees. In the fine grain detail of their revelations she found something that the media seemed to have lost.

“The stories we tell in the play are completely different from what you hear on the news because each refugee narrates their own stories from the time they were in Iran and the reasons for which they decided to leave the country,” says Nazanin.

“Throughout the parts that refugees explain their conditions, feelings and the consequences of the journey on their lives, we hear new and unheard statements that are not just senseless news.

Nazanin and playwrights Leila Hekmatnia and Keyvan Sarreshteh have used eight of these personal stories as the backbone of the play. The traumatic unravelling of the lives of three women and five men who set out from Iran in search of safety unfolds before the audience, culminating in a scene depicting the murder of refugee Reza Barati at the Manus Island detention camp. 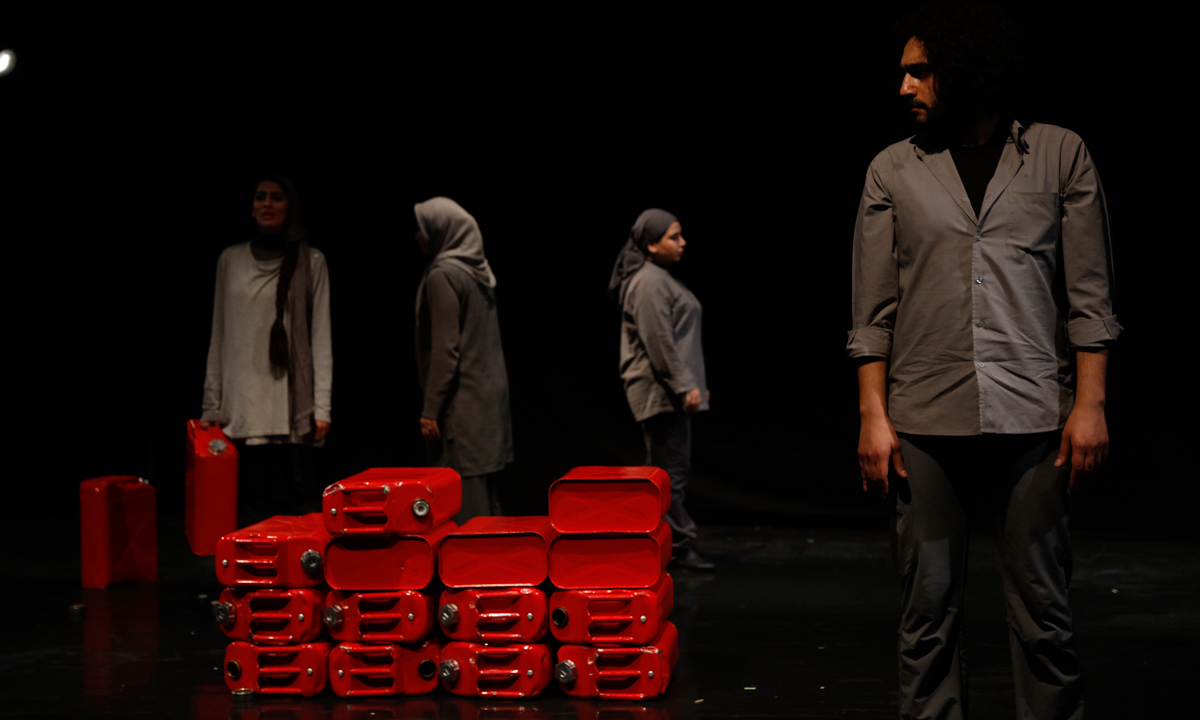 The piece, which first had a season in Iran and has since also played in Bangladesh, is documentary realistic. Somehow, though, Nazanin says the transition from soundbite to story, from refugee to character, is a catalyst for an equal change in the audience’s perception.

“Live performance is more effective and would help better understanding of the subject. That is the miracle of live performance,” she says.

“What we hear and see is not only stories of some refugees who are strangers to us, from a moment on, during the play, they are someone’s mother, wife, love … then, their fate becomes more important to us.”

Through this effectiveness, Manus, in just over an hour of run time, could well do something that reams of broadcast news and thousands of column inches have failed to achieve.

It could reach into the Australian psyche and shake it into understanding that indefinite detention of those fleeing persecution or violence can never be described as a “humanitarian act”, and that its consequences are not just the responsibility of our Government, but also of the people who elected them.