Behind the scenes on the firefighter calendar shoot you'll meet some very good men. 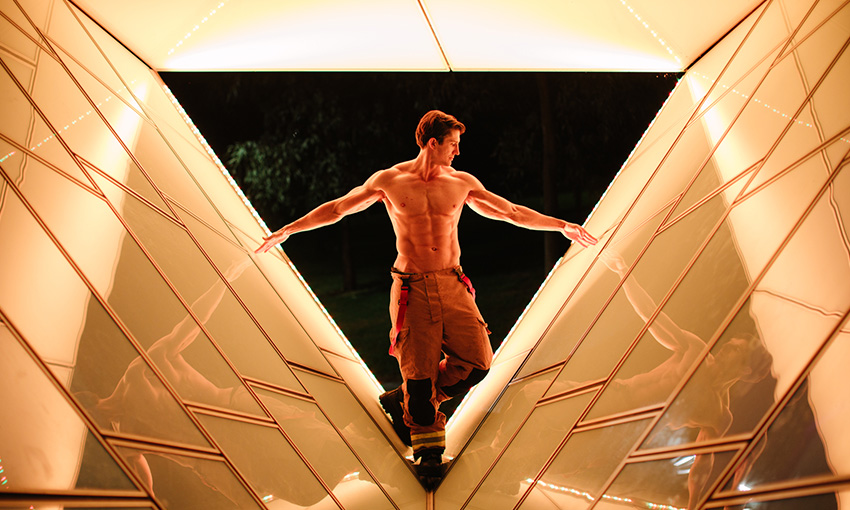 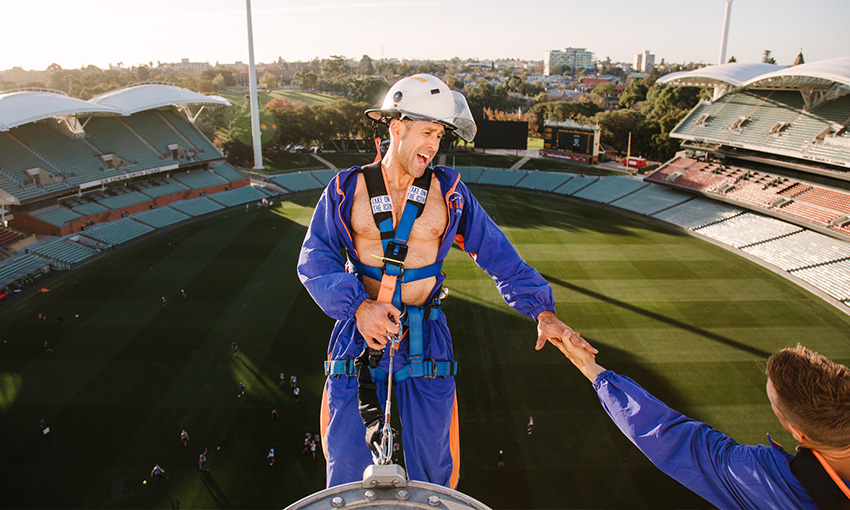 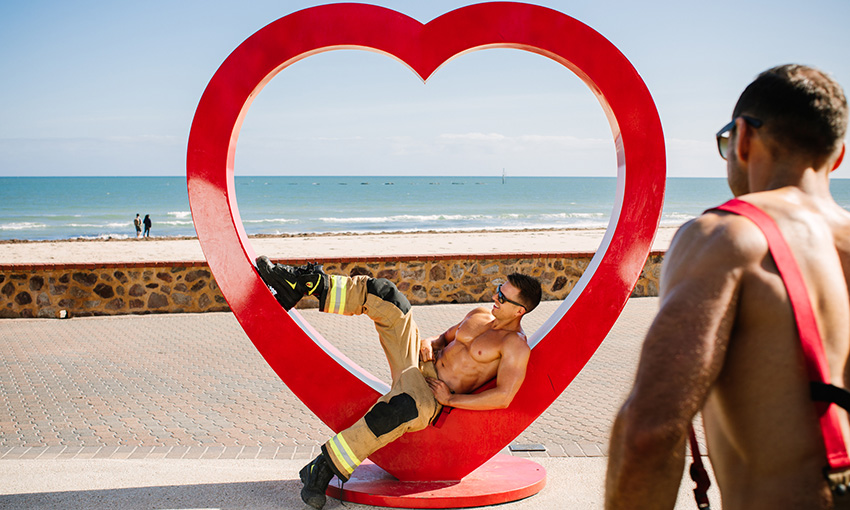 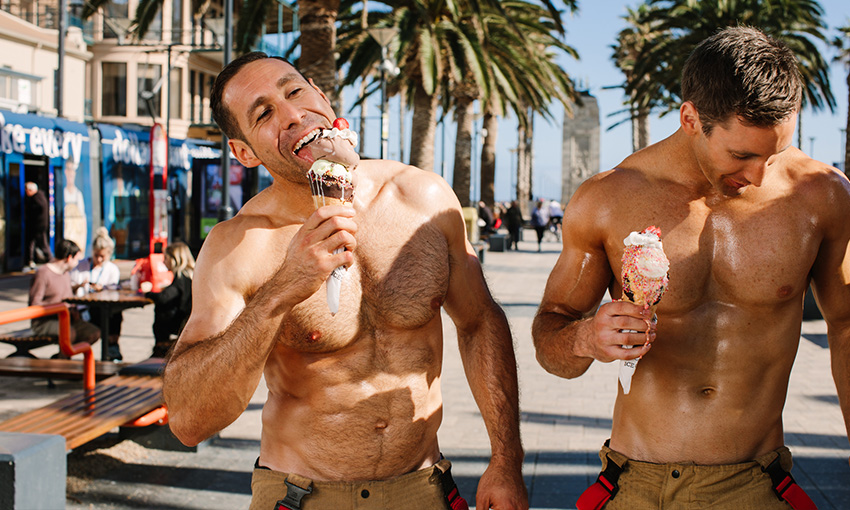 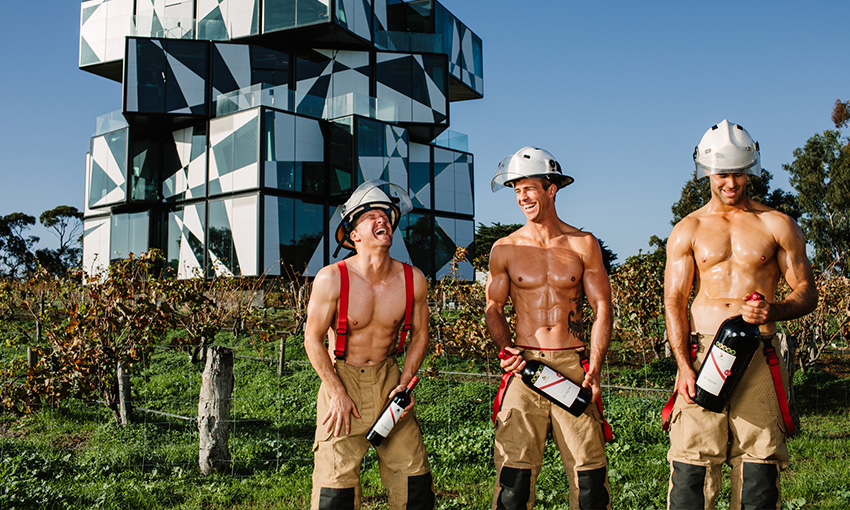 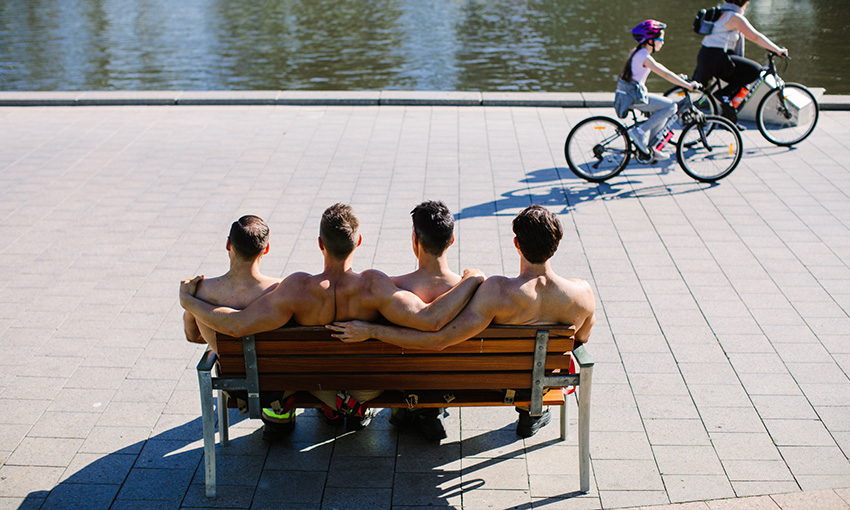 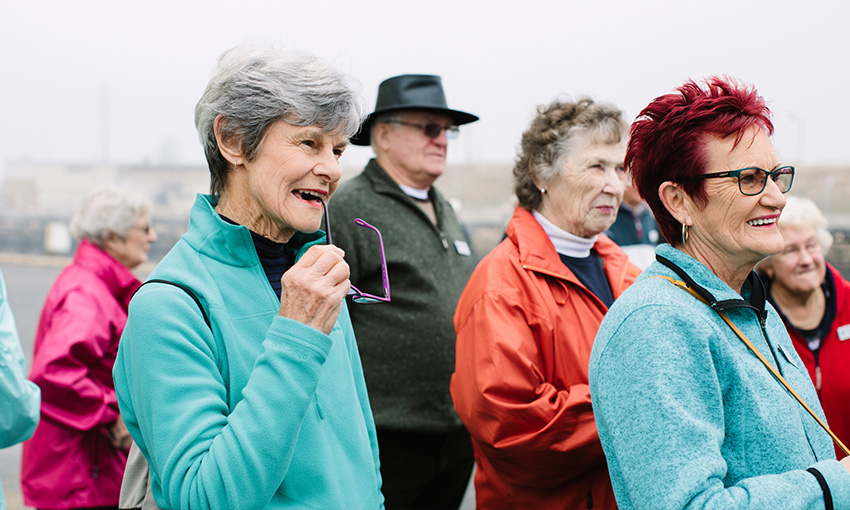 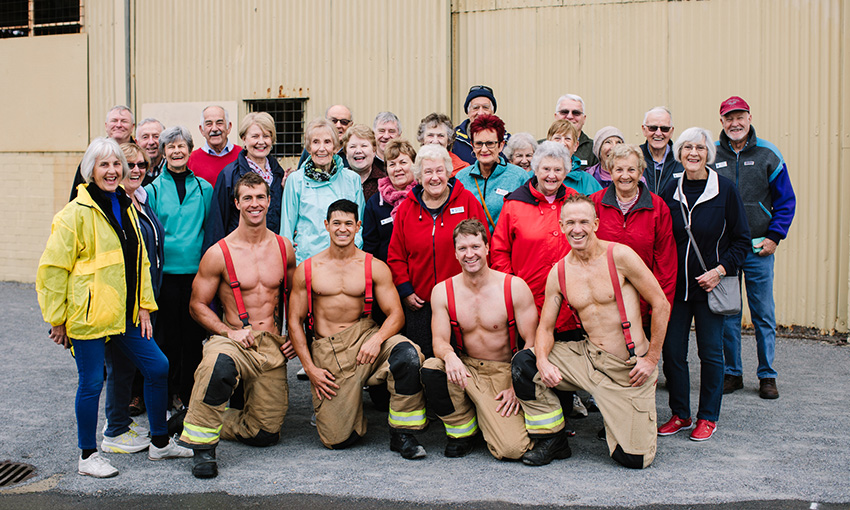 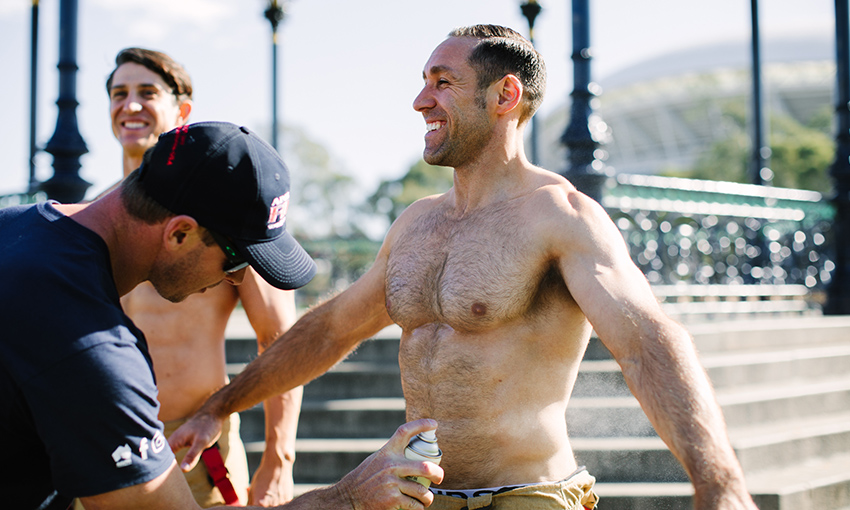 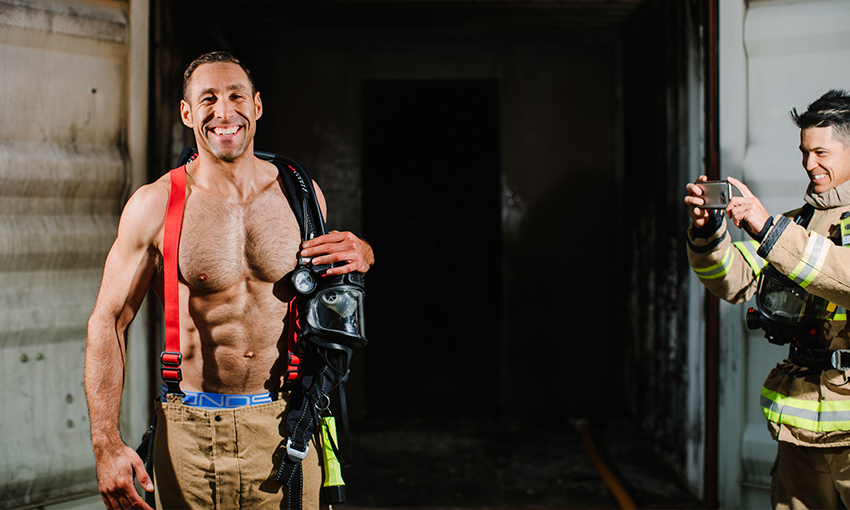 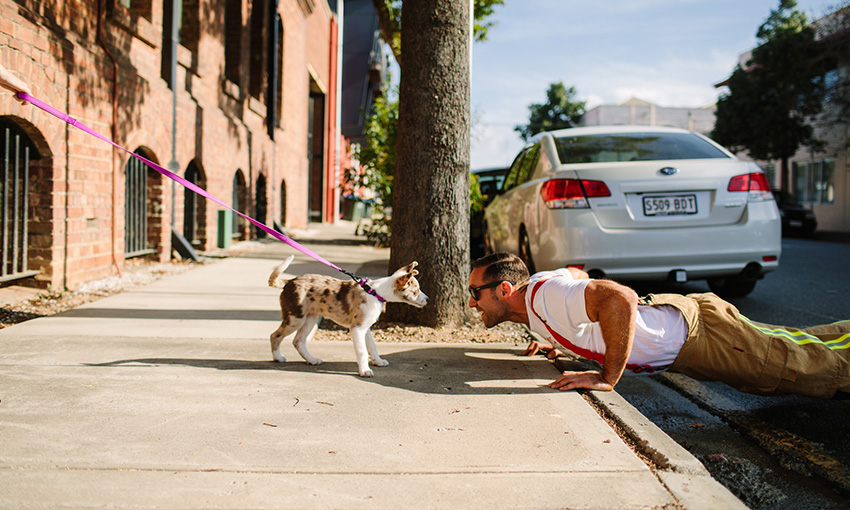 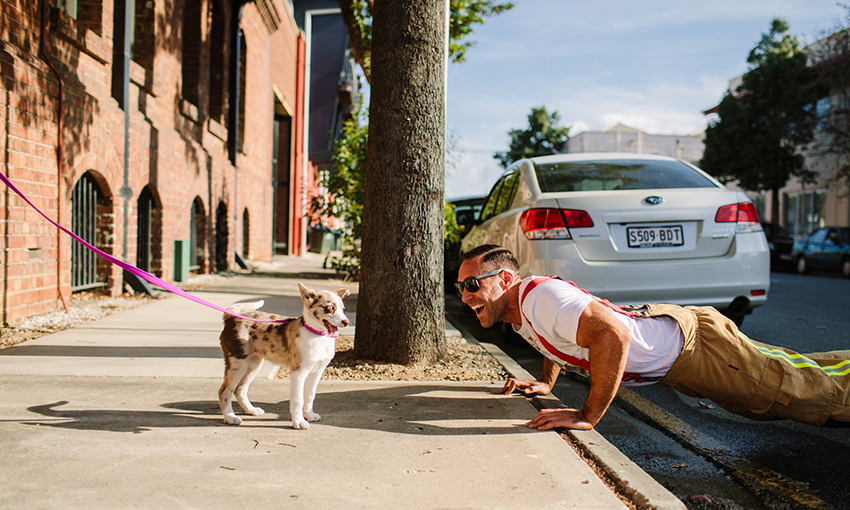 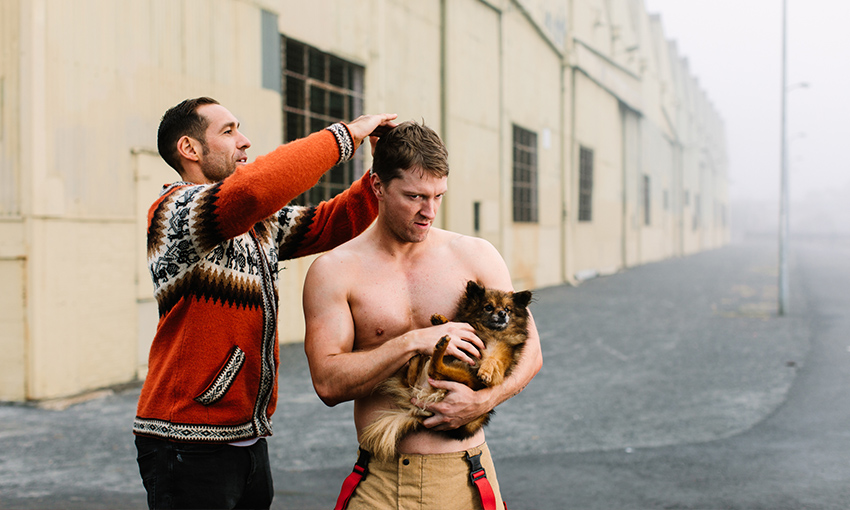 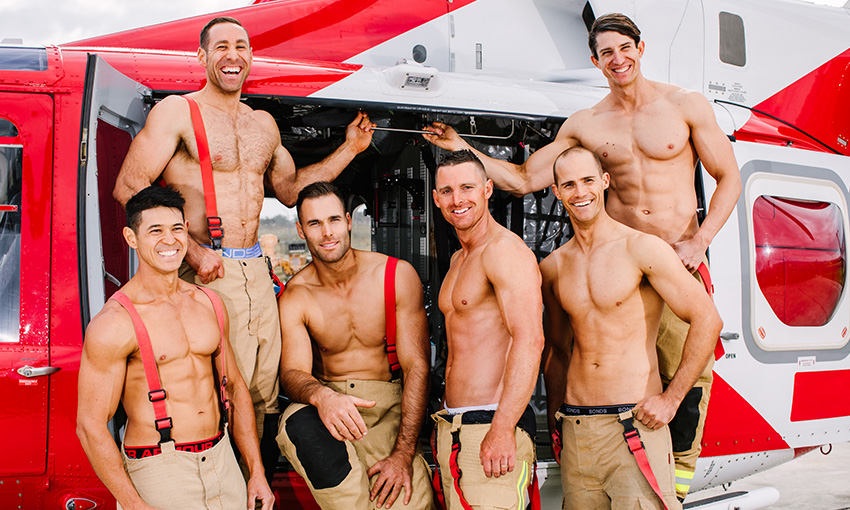 While trekking through the Australian dessert on camel-back, Adelaide photographer Jessica Clark came into range of some phone service and checked her email.

“‘You – your camera and some half-naked men,'” Jess says the email subject line read.

Buy tickets here
Funds raised from the calendar go to supporting the burns unit at the Women’s and Children’s Hospital and to help the men attend the World Police & Fire Games.

Regardless of whether this email was spam, it was enough to pique Jess’ interest and – clicking on the email – she quickly discovered the job offer was legitimate. Jessica Clark – well known for photographing older women was going to photograph the Adelaide firefighter’s charity calendar.

“I just felt like it was my responsibility,” says Jess about accepting the gig. “I thought it was really exciting to subvert objectification culture and, being a woman, objectify a bunch of men.”

The calendar will launch with a special event at HQ on Hindley Street this Friday night, where the 12 months (aka firefighters) will debut a live dance routine choreographed to pop music. Tickets include a calendar and, we have a sneaking suspicion, more than you bargained for.

Shooting this calendar was one of the best experiences of her professional career, Jess says, which completely surprised her.

“I guess I stereotyped them,” says Jess about her own thoughts leading up to the shoot.

“Shredded is a word I learnt on set but these guys were all really self-deprecating. They were very funny and they genuinely cared for each other,” says Jess.

At the end of four full days of lighting things on fire, waiting for bulging muscles to be smeared with organic coconut oil and shooting in some of South Australia’s most iconic locations, Jess was overwhelmed with it all.

The SA Firefighters Calendar is an overwhelming experience for some

“At the end of the last day I cried,” says Jess. “I guess it was just the humanity of it. Seeing an older lady needing to chew on her glasses as she watched the guys pose. I’ve never had such a huge reaction to my work before, or more comments on Instagram. Old people, gay people – my 90-year-old nanna was the most excited.

“When it happens to men,” says Jess about the calendar and its objectification of the firefighters, “it’s really safe.”

And while it’s certainly safe to oggle a half-naked man at HQ on a Friday for charity – we’re not entirely sure you should take this particular calendar to work.