A forensic profiler and a nervous journalist walk into a bar

Forensic psychologist Luke Broomhall has crawled into the minds of some of South Australia’s most notorious murderers. To understand his process, and get a preview of his Raising the Bar talk, CityMag journalist Angela Skujins offers up her brain for psychological dissection.

I’ve asked if he’d be interested in profiling me ahead of his talk at Raising the Bar, and his response, via email, makes me wonder if I’ve pitched a potentially harrowing experience.

“Interesting concept on being profiled,” he says over email. “I guess it depends on how much personal information you want to disclose to your readers!”

Raising the Bar is happening in 10 bars through the City of Norwood, Payneham and St Peters this Tuesday, 20 October from 7pm.

For the full lineup of talks, venues and times, see the Raising the Bar website.

Luke has worked as a psychologist for 15 years, with a specialty in forensic psychology. This is a brand of psychology that tries to understand the minds of those who break the law.

As part of lecture series Raising The Bar, Luke will lift the veil on his work, offering a glimpse into the world of forensic profiling, while discussing the “dominant theoretical paradigms” of murder and violent behaviour.

Luke boasts a macabre portfolio: he’s profiled some of South Australian’s darkest criminals such as the Quorn axe-murderer Jose Omonte-Extrada and the young killers of the Seacliff Callington homicide.

But Luke’s job has also taken him inside prisons, working with people with deviant sexual behaviours, substance abuse issues or violent tendencies. He also advocates for more resources to treat people with paedophilic tendencies.

Luke also heads up PsychCheck, an organisation offering psychometric testing for people attempting to gain employment within certain organisations, such as positions working with vulnerable people, including children, the elderly and those with disabilities. 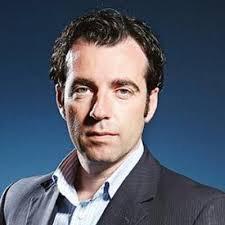 Luke Broomhall’s steely gaze will see through your lies

I volunteered to be profiled in order to get a taste for what Luke does. In my mind, I pictured a dingy interrogation room of a police station with Luke shining a blinding light into my eyes.

Luke’s description of the process terrifies me much more than the Hollywood imagery in my head.

“I’m going to gently pull you apart and piece you back together again,” he says.

We aren’t able to meet in person, so Luke asks is if we can chat over FaceTime. This is so he can read my facial expressions.

“For the assessment I’ll be looking for inconsistencies,” he explains. “And that can be in your tone or facial expressions.”

He interrogates me for 20 minutes, shooting off questions about family, attachment and drug and alcohol issues. My answer to the first question, “Do you have a boyfriend and how old is he?” presents an instant red flag.

My boyfriend is six years my senior, which, to Luke, “could either be something or it might not,” he says.

If he had more time, he would unpack who holds the power in the relationship, and how well I get along with my dad. This age gap could be indicative of ‘daddy issues’ (which I’m sure is not a clinical term).

Luke asks me where my partner works, and I tell him he works as a brewer at an Adelaide Hills brewery. “I love their beers,” Luke says, listing his favourite of the brewery’s repertoire.

I write in my notebook, excitedly, that this high-flying forensic profiler likes my partner’s booze. Luke then reveals this was a ploy to build rapport. It works.

From this, Luke can tell I’ve had issues with alcohol in the past. But he also describes me as vigilant, trying to keep on top of my habits.

During the interview I do a lot of nervous laughing, but I’m aware of how charming Luke is.

Our interaction feels totally normal, and the questions aren’t particularly probing. After our quick chat he says he would recommend me for a job working with vulnerable people, but I have my issues.

“But the thing is, Angie, is it’s not what people have gone through but how they deal with it and how they’ve dealt with it,” he says.

Like the people in the criminal justice system Luke has worked with, the determination of the assessment is not the trauma you’ve experienced, but how you move on from it.

Luke will be speaking about murder, violence and psychopathy in South Australia at the Alma Tavern tonight as part of Raising the Bar. See the full program here.