The history of the Adelaide Park Lands is no picnic.

Inspired by Georgian-era ideals of nature, leisure and public space, the vision of Adelaide as a ‘park city’ is among the most tightly held tenets of the South Australian colony’s founding mythology. It’s right up there with Wakefieldian settlement schemes, religious dissent and contempt for the ‘convict stain’.

Even before the green ink had dried on Colonel Light’s revered 1837 town plan, many British settlers recognised — or projected — a familiar park-like quality in the land they were colonising.

“The country, from Cape Jervis upwards, is very picturesque, and generally well timbered, but in the disposition of the trees more like an English park than what we would have imagined to be the character of untrodden wilds,” wrote Sir John Morphett, one of the colonisation effort’s early cheerleaders, in a dispatch to England in February 1837.

But these were not “untrodden wilds” — far from it. It was, and remains, Kaurna Yerta, and the new city site Tarntanya, the place of the red kangaroo and a heartland for Kaurna Miyurna people of the now-Adelaide plains.

Those “picturesque” scenes were no antipodean facsimile of an English country estate, but evidence of countless generations’ care for Country.

(Morphett said so himself in the same 1837 letter, noting how fire-burning was “evidently carried on in a systematic manner” to clear grasslands for ease of movement and hunting.)

In setting aside these 800-odd hectares, Light and the colonial government not only earmarked a green belt “to be reserved from sale and dedicated as park lands for the use and recreation of the citizens”, but hemmed in the people whose Country they — and we — stand on.

A 1998 council report by the Kaurna community heritage committee describes the park lands’ history as a “microcosm” of broader dispossession, and many of the first buildings to be erected on park lands — a practice later regarded as ‘alienations’, or land ‘stolen’ from the park — were used to control and assimilate Kaurna people, from the Adelaide Gaol to Pirltawardli, the site of the city’s ‘native location’ (now subsumed by golfing greens). 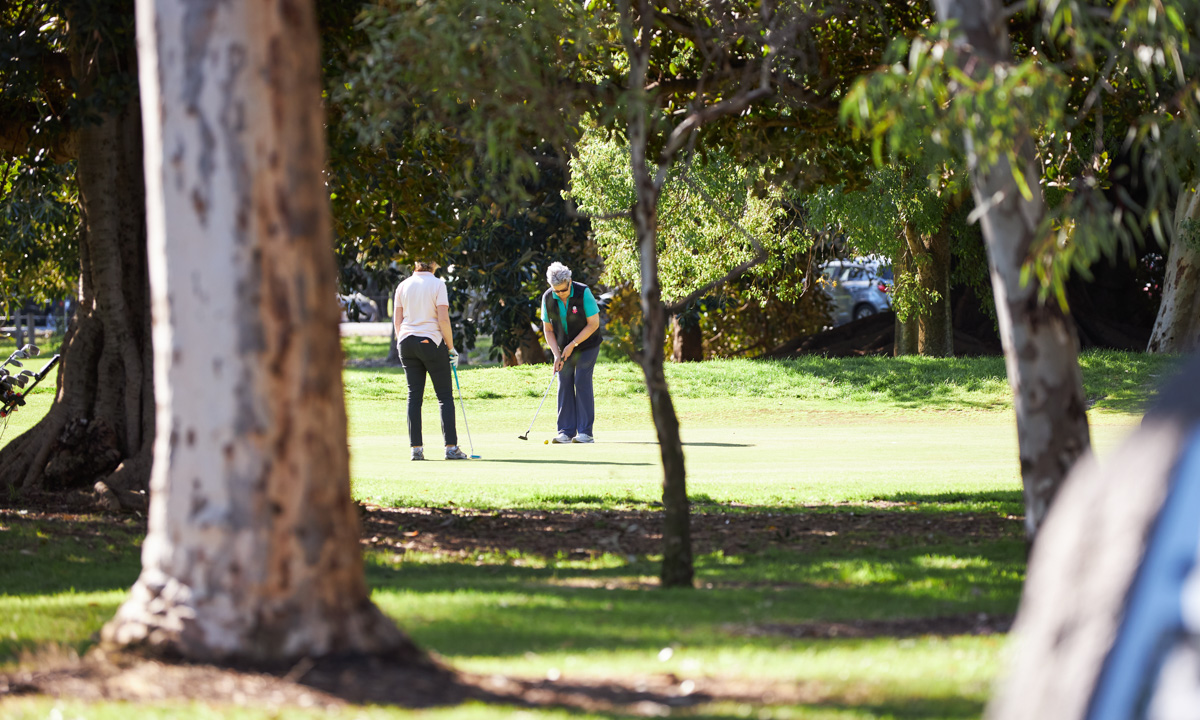 “That was the first school, to teach the kids how to read and write,” Kaurna Elder Frank Wanganeen tells CityMag. “It was also a place where the German missionaries came over, and wanted to record a lot of the language. Then the government decided they didn’t want us speaking the language — we were told to speak English around that time.

“It was a systematic way of assimilating Kaurna people into the wider community,” he says of the change in policy now regarded as the beginnings of the Stolen Generations.

The pre-colonisation character of the park lands was subject to erasure, too. Early quarrying for sandstone and lime mortar likely destroyed a riverside ‘red kangaroo rock’ formation after which the region is thought to be named.

“It was quarried to make Government House, Parliament House, Trinity Church, and then the Adelaide Gaol,” Frank explains.

From River Red Gums along the banks of the river to Mallee woodland in the south, its trees disappeared for timber and firewood. Depasturing of sheep and cattle raised money for the city’s administration — and continued until the 1970s — but also had a transformative impact on the park lands’ soil.

The Karrawirra Parri, once a chain of waterholes linked by seasonal flooding, was dramatically altered by the new settlement, first cleared then eventually dammed to create the Torrens river and lake we know today.

“The river’s got a lot of story to it,” Frank says. “It connects to the Milky Way, it’s like a mirror image — there would have been a lot of campfires where they would have been singing, dancing, telling stories.

“You had the floods come through – that was like a cleansing.” 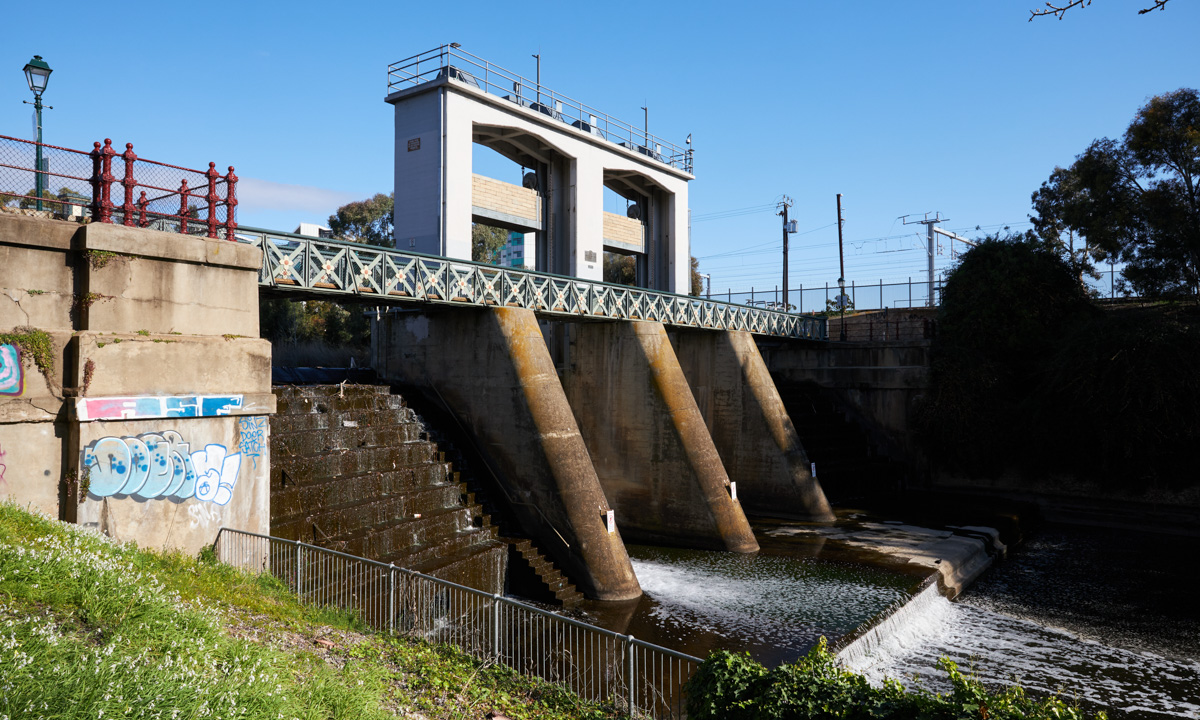 It didn’t take long for tensions to emerge between the desire to preserve and beautify the park lands as an idyllic “pleasure ground”, the demands of a growing colonial society, and the right of Kaurna people and other First Nations groups to exist.

From as early as 1838, newspaper accounts tell how First Nations people, and some colonists, were targeted by police for felling timber in the park lands — and then selling these “stolen goods” to townsfolk.

“[It is] a matter of regret to see the only part of the Park Lands on which the trees have been preserved, and the only part which can now be converted into a pleasure ground, thus left for the natives to do as they please with,” complained one ‘townsman’ in 1840.

The 1840s also saw police repeatedly set fire to wardlis (houses) in an attempt to move encampments away from the riverbank.

“I thought it was hard that the real possessors of the land could not make a fire where they liked,” wrote one sympathetic observer in 1847.

Soon the city’s growth left its park lands in a poor shape. An 1856 editorial in The Adelaide Observer unfavourably described the area as “summer dust plains and winter waterholes”, with the eastern park lands becoming the “rubbish yard of the city” with “hundreds of carloads of every description of refuse… ruthlessly scattered about”, while eagerly anticipating an opportunity to “sit beneath the grateful shade and walk along the cool avenues which we are planting and preparing”.

By the 1870s, the earlier razing gave way to reforestation, with many Eucalypts planted, along with introduced species selected for their income generating potential, like olive groves, for their ‘ornamental’ effect, leading to the now-familiar sight of interlopers like the Moreton Bay fig, pine, elm, poplar, jacaranda, mulberry, plane and willow.

Such landscaping, alongside the creation of sporting grounds and formal gardens, helped shape the park lands we recognise today.

At the same time, the rollout of roads, railyards, public institutions, grandstands and a koala farm represented successive incursions into Light’s original plan — which initially allocated just “nine blocks” of land for government use.

A proposed garbage compactor in the southern park lands galvanised the formation of the first Park Lands Preservation League in 1903, whose advocacy for “Light’s vision” set in place a push and pull between private and government projects and community backlash that a century later is now a political constant in South Australia.

Often absent from those early discussions was Kaurna heritage — a newspaper account of a 1914 town hall meeting in “emphatic opposition” to the park lands’ “alienation for purposes of private profit” notes how a mention of “aboriginal corroborees” being held on the site of the Adelaide Oval was met with laughter. 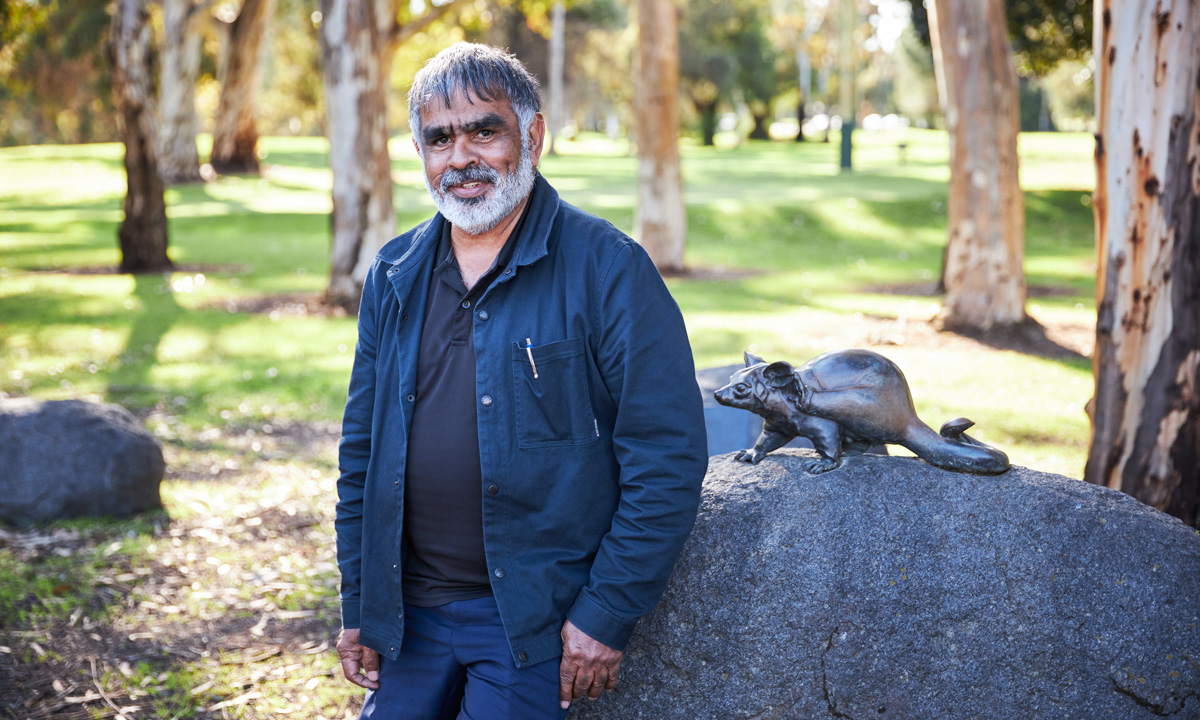 Some hypocrisies endure, but over a century later Frank is encouraged by the adoption of Kaurna names for each park and square, public artworks, and recent initiatives like the return of Kaurna-led cultural burning and the proposed Aboriginal Art and Cultures Centre on Lot Fourteen — modelled, ironically, after the same wardli structures that police once drove from the area.

“To be able to tell a story is really important,” he reflects.

“When I do tours, people say, ‘Gee, I didn’t realise this was here’.

“They don’t know the significance of some of the sites; there were Kaurna people that lived here, and these are the resources they would have utilised — education is the key to keep that culture alive.”

The story of the park lands is much bigger than one surveyor’s vision, or some lines on a map.