Despite joining the Liberal Party at 16, once being married to a now state minister, and finding excitement in watching parliamentarians shout at each other during Question Time, Chelsey Potter doesn’t come across as stuffy in person.

She’s surprisingly approachable, even trendy. She calls herself a “disrupter” ironically, and a “wanker” self-deprecatingly.

We’ve met to discuss Suffragette Group, a project she founded to counter the male-dominant culture in South Australian politics.

It’s “something that hasn’t been done in Australia before,” she says.

“Suffragette Group is essentially a non-partisan political consultancy firm for women,” Chelsey explains, “but what we’re looking to do, essentially, is create a community for women to support women.”

The consultancy firm offers pre-selection campaigning advice for women, with the aim to get more women into the lower and upper house.

“One thing I’ve learned in politics is that I don’t think that party marketing, or the way things are traditionally done, works for women at all,” Chelsey says, “because running for pre-selection is a big undertaking. It takes a lot of time.

“Female nominees have families or other commitments and are going up against men who have clear support of outgoing members of parliament.” 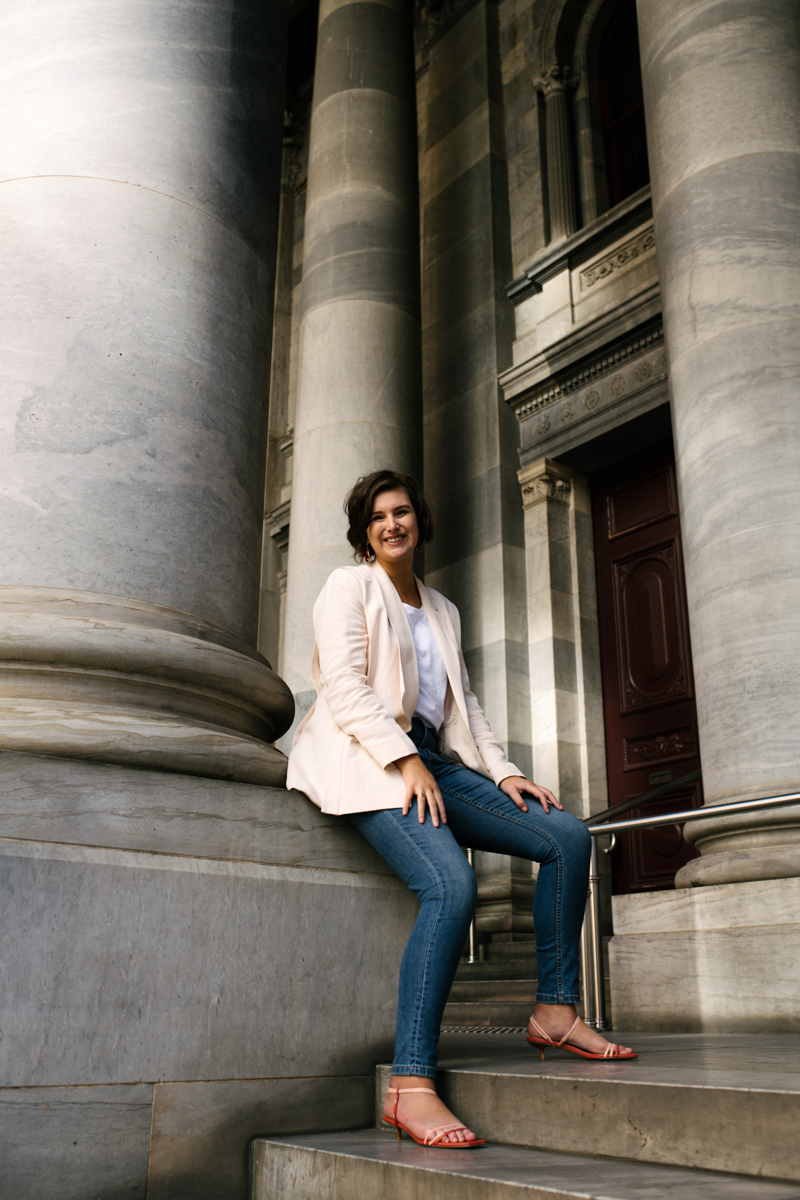 According to a report released this year by the Electoral Commission of South Australia, our State Parliament has the worst female representation in the country. And the way we’re going, we won’t see gender parity until 2050.

In August, Leader of the Opposition Peter Malinauskas announced his shadow cabinet had achieved gender parity, but Chelsey believes there is still work to be done to make the election process less prohibitive.

“I feel like for Liberal women, it’s super obvious we’re just not getting elected and we’re not running for pre-selection,” Chelsey says.

“I can’t speak for any of my State Labor Party friends, but I think sometimes when [women are] getting elected, they’re not necessarily engaged in [the pre-selection] process.”

The issue of gender representation in political parties is not just academic for Chelsey. Five years ago, during sitting week in Canberra, she says she was sexually assaulted by a colleague. The incident stemmed from “a culture behind him that said, ‘You know what, you’re entitled to this,’” she says.

Chelsey says she was let down further when she reported the abuse to her boss, and her complaint was dismissed.

She believes bringing more women into politics could make incidents of sexual assault in politics less likely, or at least make reporting an incident an easier process.

“You need a sufficient network of women who you can go to, and I feel like there’s just not enough of that right now,” she says.

“I left the Liberal Party to do this, and I also feel that from my experience in the last few years, I’ve felt that I’m better at serving women in this role than within the party structure.

“Because if I was in the party structure, I’d probably be looking over my shoulder too.”

Changing a discriminatory culture in politics won’t happen overnight. But running for pre-selection is a powerful way for women to accumulate more power within politics, and to then create the kind of support network Chelsey wants to see.

“I think women need someone in their corner, no matter what party they’re in,” she says.