Theresa Brown built a business on the circular economy of sporting equipment, all while making sport more affordable for young people.

What some see as trash, Theresa Brown sees as treasure.

This is what her social enterprise, Play It On, is built upon.

The business collects used or unwanted sporting equipment, which they tidy, fix and sell on to give them a second life.

Learn more about Play It On at their website.

This article was produced in collaboration with the South Australian Social Enterprise Council.

“The common story people tell us is they hang on to equipment thinking it will be used at some point; but what happens is it sits in the garage until it’s thrown out,” Theresa says.

“If they didn’t find us, these goods would definitely end up in landfill.”

Since its establishment in 2018, Play It On has collected nearly 8000 pieces of sports gear with almost 650 items sold in the past year at affordable prices. 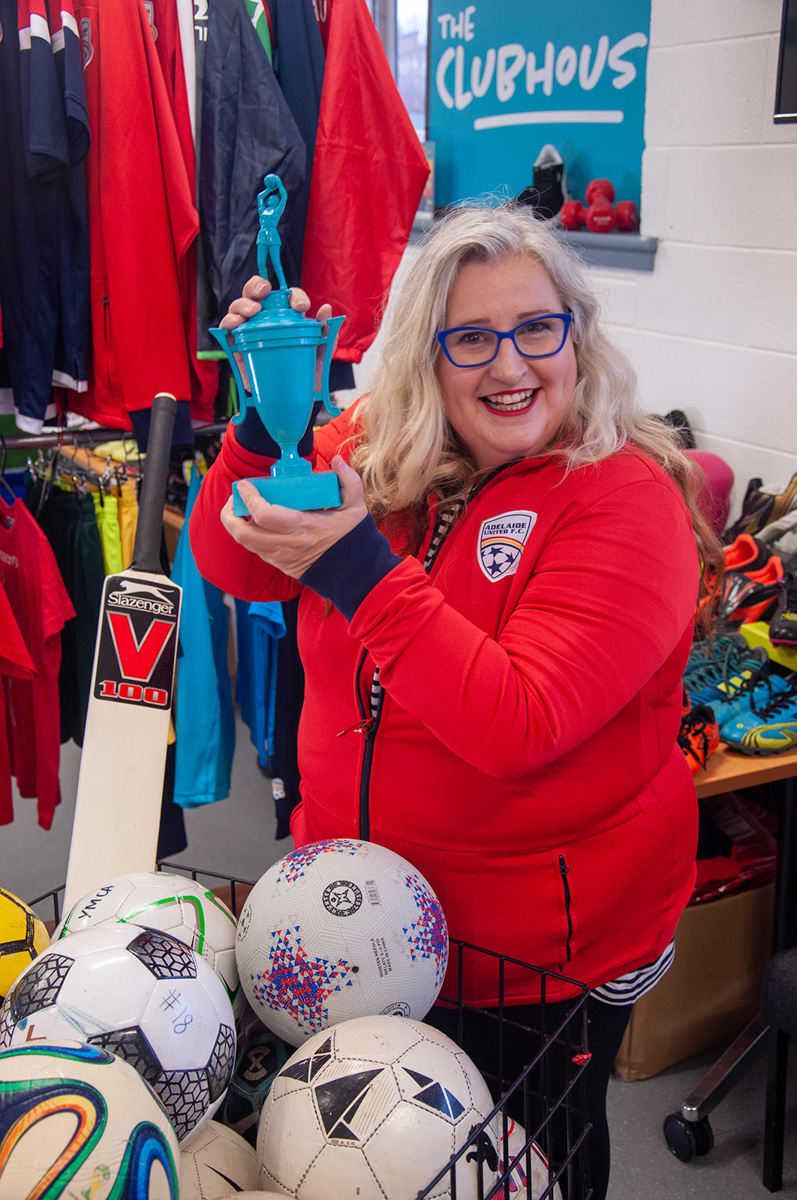 Theresa, who chairs the South Australian Social Enterprise Council, drew inspiration for the business from a franchise in the United States called Play It Again Sports, which has more than 350 stores selling second-hand sporting gear.

“We’ve got higher rates of sports participation in Australia and nothing like this business here — surely this model will go off.”

At Play It On, the profits generated from selling the sports gear go on to support children from families experiencing financial challenges.

So far, they have supported 17 children with $100 subsidiary grants.

The cause became apparent to Theresa through her work with the Playford Council.

“This was before sports vouchers from the government, and it frustrated me that I couldn’t help those families,” the founder says.

“Sport plays an important role for kids with a challenging family life, as it makes connections outside of the family and can enhance their confidence.

“Sports can build lifelong skills in teamwork, discipline and time management, but particularly in resilience through knock-backs such as losing games.”

After taking voluntary redundancy from her role at Playford Council in 2014, Theresa studied at the School for Social Entrepreneurs to learn more about the social enterprise model.

From there, she began selling second-hand sports gear through markets and online, before expanding into an old, unused tennis club in Gilles Plains, provided by the Port Adelaide Enfield Council and with support from Burnside Council.

Now made up of about 12 staff (mostly volunteers), Play It On rejuvenates sports equipment through their Fix and Load program, which provides opportunities for upskilling young people with autism.

Through the program, six participants and two supporters clean, fix, photograph and load the gear onto the Play It On website.

It helps young people with autism refine skills in e-commerce that can lead them into further work and training. There have been 18 people involved with the program so far. 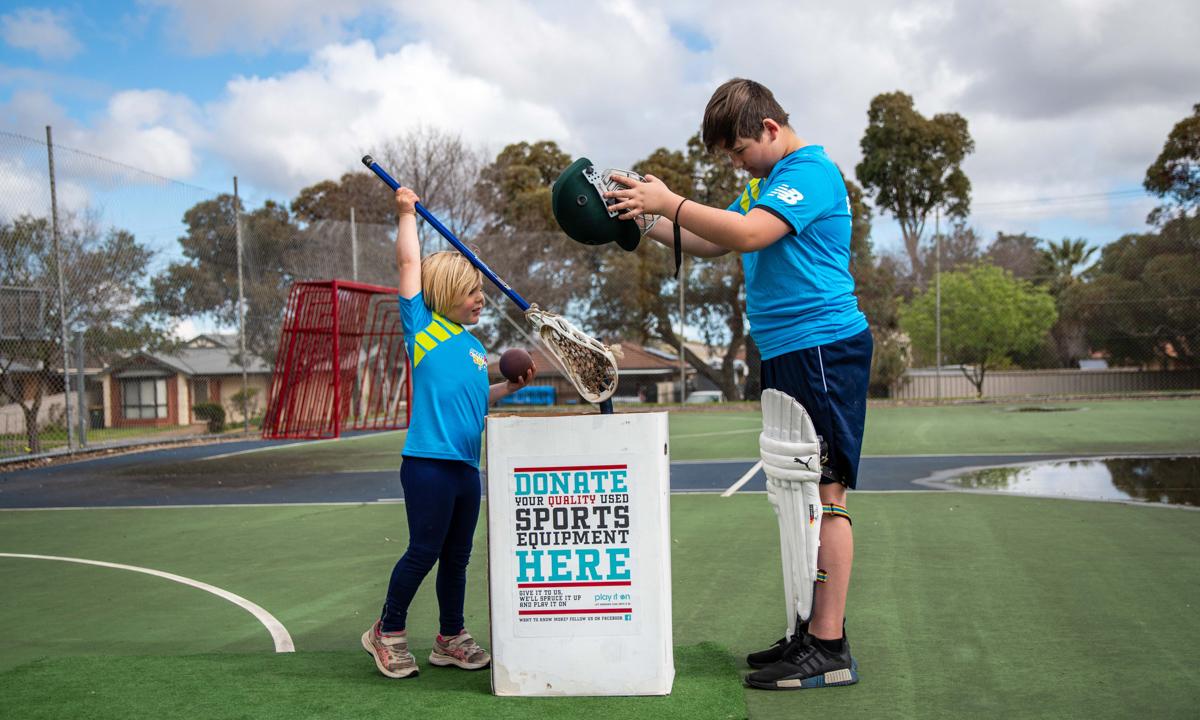 Play It On collects its sports gear from the generosity of the community. They have both permanent and temporary collection boxes at recreation centres and schools across the city.

“They’ll give us their end-of-stock merchandise in clothing mainly, which is really good for us because it draws a whole lot of customers such as sports fans,” Theresa says.

Play It On is actively looking for a space to set up a retail shop by the end of the year to improve visibility and accessibility.

While the start has not been easy, they hope to see the business flourish, with a goal of reaching 40 per cent profitability.

“We aren’t relying on any funding to carry out our business so it has been tricky,” Theresa said.

“Our impact is reducing wastage, upskilling young people and increasing the affordability of sport, but also making sure there’s enough to make a profit so we can continue to help others.”