In this hyper-connected world, people spend more time online than they do sleeping; but rarely do they give a thought to the people who create the bits and pixels. Here, we check-in with the small Adelaide agencies making their mark in the digital world. 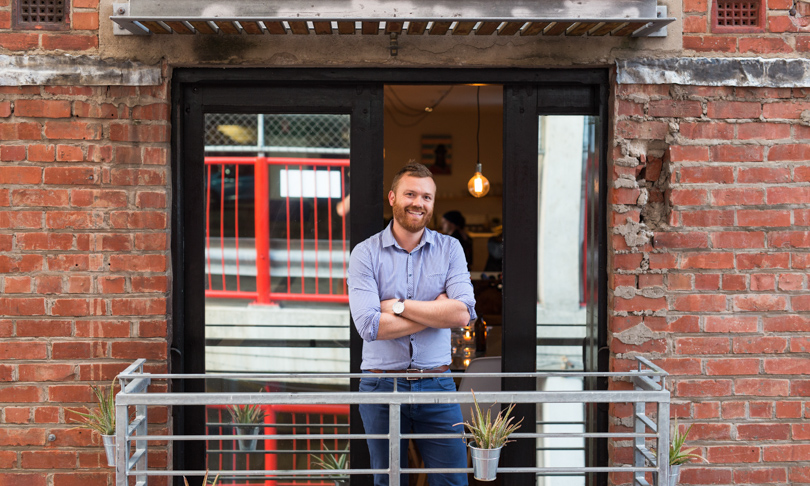 “If you’ve got a screen, we can deliver,” Lightbulb director, Morgan Martin-Skerm says when describing the company’s breadth of work.

What started in 2009 as a bootstrapping venture in London is now an agency of six staff that works with clients as diverse as SA Water and BNKR, not to mention CityMag. This diverse portfolio suits Morgan, who’s perennially interested in everything and delights in the chance to learn from his clients, whether it’s about coffee or air conditioning.

Essential for Lightbulb is a connection to place and people, which makes Adelaide the perfect fit.

“We’re structured to work in a friendly and hands-on manner. I’d prefer to catch-up with my clients rather than just sit behind an email,” he says. “Internally too, it’s important to maintain a positive culture, so we make sure everyone has a passion and care for what they do.”

In talking about the reasons for Lightbulb’s rapid-fire success, Morgan points to his philosophy that if you do good work, and are good to work with, then the clients and reputation will follow.

“I’ve worked in agencies where the work has been fantastic, but the relationship is awful and I just can’t go to sleep at night if that’s how you operate.”

One of Lightbulb’s key clients is BNKR online store

Considering Morgan’s never actually had to advertise or seek work for Lightbulb, it seems this mantra is working well.

While their growth’s been significant, Morgan concedes there remain industry-wide challenges to overcome.

“There’s still a perception that building a website is easy. Everyone knows someone who can build a website but there’s a lot of misconception about the difference in quality.”

Slowly though, as clients become digital-savvy, Morgan believes this will change. Indeed, in his five years at the helm of Lightbulb, he’s watched as brands become clued-in to the strategic necessity of establishing a robust digital presence to survive in the 21st-century marketplace.

As this shift’s been occurring, Morgan has also noticed, particularly in Adelaide, a newfound appreciation for smaller digital agencies.

“The big digital agency model is still around but people are learning that small agencies can give them the same level of quality, for a lower cost base with a more personalised approach,” he says.

Returning from his stint in London, Morgan was wrestling with the idea of getting a real job, or starting his own business. In choosing the latter, it’s now his life’s work and, a real job for him and others.

Needless to say, we think he made the right choice.

Tucked away in corners of the city and not accustomed to promoting themselves, many of Adelaide’s small digital agencies are quietly making the branding, websites and applications you see, use and enjoy everyday.

Operating since: 2008
Number of people: Five
Market: US, UK and Australia

Recently recognised by Google as a world leader in app design, Shifty Jelly has had a busy seven years. From launching the country’s first weather app, to developing the Pocket Casts app – the ultimate ‘podcatcher’ that helps users navigate the lively world of podcasts – they’ve attracted the attention of heavyweights Microsoft, Google and Apple for all the right reasons. Committed to only building apps they’d actually use themselves, this agency is proof good things come in small packages.

The Frame Creative team at work

From branding to typography and every digital tidbit in between, Frame is a multidisciplinary creative agency delivering old-school services with new-school skills. Frustrated by the non-digital savvy and one-size-fits all solutions being proposed by the big agencies, Frame’s three founding brothers set out to deliver a new purpose-built approach. Judging by the high-calibre clients who have already come through the doors – including Sealink, Walter Brooke Architects and the recently launched Krass Journal – it’s clear the world is ready for Frame.

Operating since: 2006
Number of people: Six
Market: Adelaide and Australia

Part of the Freerange Future team

Nick Crowther started Freerange Future because “being a freelancer on other people’s projects wasn’t much fun”. A successful nine years later, the agency now helps an eclectic group of clients engage their audiences through brand marketing and innovative digital experiences. A commitment to excellence and strong design aesthetic has enabled them to add names such as Adelaide City Council, SAHMRI, The Wheaty and Vitalstatistix to their books.