‘Rental stress is a problem’ in the Adelaide CBD

A report from the City of Adelaide has found "rental stress is a problem" in the CBD. CityMag spoke with two city renters about the lived reality of rental stress, defined as spending at least 30 per cent of your wage on rent. 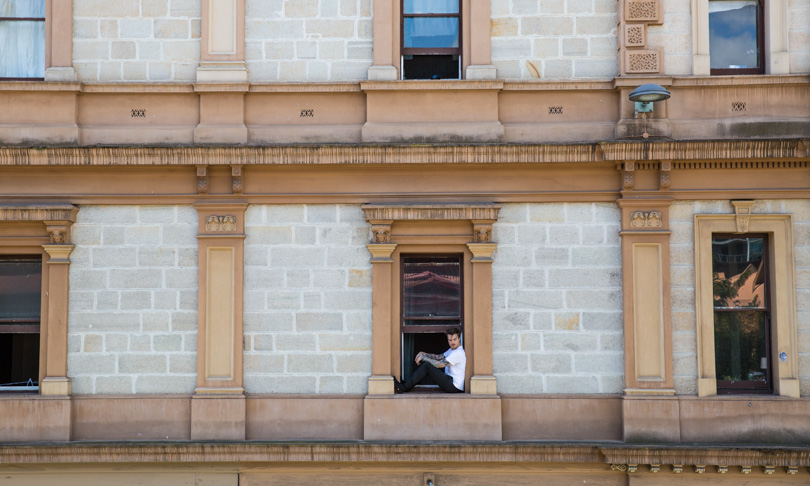 Second-year university student Ryan von Einem has lived in a share house in the CBD’s south-east corner for roughly a year now, and says he chose this location to live because it fit best with his lifestyle.

“I work in a different suburb to the one that I go to school in, and so there’s not a lot of places where I can split the [time] difference,” the 22-year-old tells CityMag.

“The city is the only option.”

Ryan shares an apartment with two other people and spends roughly $330 on rent a fortnight. During the same two-week period he receives about $600 from a casual job and $780 from the Centrelink Youth Allowance.

Ryan was stressed about keeping a roof over his head prior to the extra money coming in.

“It can be anxiety-inducing,” he says of rental stress, which is defined as spending 30 per cent or more of your income on rent.

“[And] having to worry about what bills you’re going to be able to pay that month and what is going to be late – and you can’t help [being late].”

Ryan often paid bills late as a way to juggle his finances, and admits to having little money to spend on himself – 90 per cent of what he received went straight to living expenses and groceries.

As a full-time university student, Ryan also doesn’t have time outside of his studies to pick up extra shifts. Because of this, he can’t afford driving lessons. With a drivers licence, he would consider living in the suburbs, but has chosen to live in the city because public transport is always routed through the CBD.

At a recent City of Adelaide committee meeting, councillors and administrative staff discussed the city’s social and affordable housing policy, as prompted from an earlier motion from an October city council meeting.

The first of the report’s key messages delivers a blunt assessment of the Adelaide CBD: rental stress in the city is a problem.

“Rental stress is an issue in the CoA (City of Adelaide) with around 1,800 low-income households spending more than 30% of their income on rent,” the document states.

“Households in rental stress have less disposable income, fewer options and may seek to relocate to the suburbs where it is more affordable, and/or may become at risk of homelessness, particularly if an unexpected crisis occurs (eg job loss, health issue, marriage breakdown).”

Thirty-five per cent of households in the city deal with rental stress, which is more than Greater Adelaide (32 per cent) and the national average (28 per cent).

Ryan is one of those 1,800 low-income individuals grappling with the stresses of living in the city.

Bension Siebert, a former Solstice Media employee, also lived with the anxiety of trying to make $320 a week on his East End apartment at the end of 2019 and the beginning of 2020.

He tells CityMag he went through a fortnightly cycle of emotions before paying rent: in the first half of the period he was he felt as though he could afford it, but by the second week the anxiety would kick in.

“I would just feel as if life isn’t as fun and isn’t as satisfying, because I’m worried about continuously eating into my savings and not being able to kind of pay for myself through the money that I earned on a regular basis,” Bension says.

“I’m on a higher income [now] than I was then, but there were definitely some months where towards the end of the pay cycle [I] would be eating baked beans and toast for a few more meals than I would have necessarily chosen.”

Unlike Ryan, Bension cannot be classified as a low-income earner, but illustrates some of the issues of being a 20-something young professional trying to enjoy a life lived within the city.

Bension has lived in that same apartment since December last year, and says he sold his car prior to getting the new place for an additional financial buffer. He dipped into his savings more than he would have liked.

He was attracted to the city because he could walk to work, and frequently enjoyed what the city offered. He would visit pubs and eat out with friends, pumping money into the city’s economy. But he says with such high rent, the trade-off is large, and buying a long-term property is out of the question.

“I wouldn’t buy an apartment in the city because I think that’s a pretty dumb investment,” he says, later adding, “I’ve always just kind of rented on the assumption that I just don’t have the means to get a foot on the ladder.”

Bension’s rental stress dissipated after he landed a higher paying job working for the Australian Broadcasting Corporation, but despite feeling better about his current housing situation the journalist tried to exit his tenancy agreement to live in a sharehouse outside the city. He wasn’t able to do this because no one wanted to take over the lease.

One of the City of Adelaide’s guiding principles is “well-planned and inclusive residential population growth”, according to its 2020-2024 Strategic Plan. And despite the document stating the City of Adelaide wants to develop diverse facilities and housing for young people, it is not clear how it plans for that to occur.

“Secure housing is a necessity for our community. Ensuring an affordable, sustainable, diverse housing stock will present a challenge for governments, developers and businesses. But it is crucial to continue to attract more people to call our city home,” the strategic plan states.

The Adelaide city council administration will work on a draft social and affordable housing policy from now until the end of the year, tackling, among other things, the reality of the city’s private housing market being “less affordable”.

The council and committee will then be presented a strategy in January 2021 for feedback and community consultation, with a final policy endorsed in Mach.