The importance of protecting your most valuable asset

Like most people, web developer Alex Stewart doesn’t particularly like paying for home and contents insurance. As a former financial advisor, though, he knows how disruptive the alternative could be to his life and financial goals.

Alex is a web developer, but he has a background as a financial adviser. Because of this, he knew paying for home and contents insurance was a wise decision.

Find out more about home and contents insurance by visiting the RAA website.

This article was produced in collaboration with RAA.

Home and Contents Insurance is issued by RAA Insurance Ltd. AFSL 232525. Limits apply. Consider the PDS available from the RAA website when deciding whether to purchase this product.

Just two days after he and his wife settled on the purchase of their new property at Eden Hills, this knowledge was validated.

“Two days after we moved in I could hear water running, but there wasn’t a shower on,” Alex recalls.

“So I went down the side of the house and there was water coming up from underneath the pavers… We had a burst water pipe.

“They had to jackhammer into the pavers, find the spot where the pipes had burst, replace that section of pipe, recouple it and tidy it all up with new pavers.

“It was just such poor timing, two days after handover… [but making the claim] was quite an easy process, we just paid the excess.”

Alex was also careful to make sure a number of his most valuable possessions were covered under his RAA home and contents insurance.

When he’s not coding, Alex plays keys and sings in psychedelic rock band Magic Mountain. He owns about $7,500 worth of music equipment, including keyboards, a piano, recording equipment and mics.

He also works mostly from home and has a home office setup, as well as some art pieces he wanted to make sure were covered.

“Insurance is just one of those things you need to have. For us it’s just always been a peace-of-mind thing,” he says. 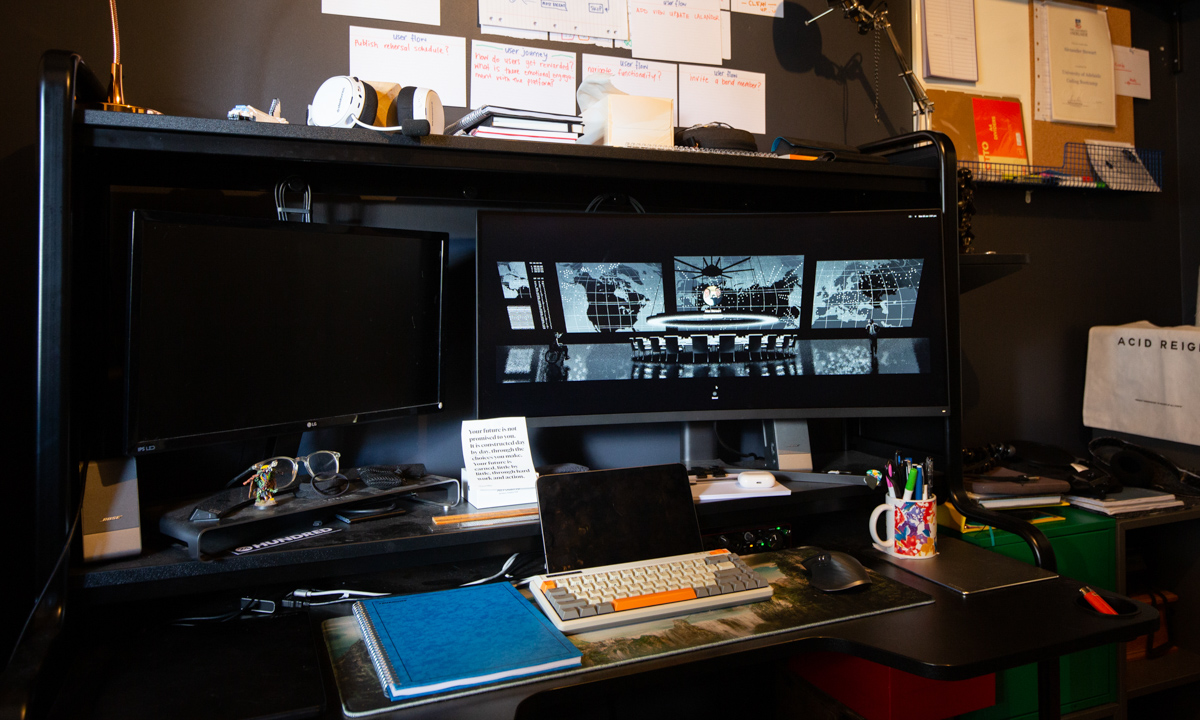 Hayley Cain, Senior Manager of Claims Member Service at RAA, says Alex was smart to get his insurance organised before he settled on his property.

Lots of people get caught out, Hayley says, and the best thing to do is organise home and contents insurance from an insurer as soon as an offer is accepted on a property.

Hayley says water damage from storms and flooding, impacts on the house from things like falling trees and damage from fires are all common in Adelaide.

“We [also] get about 300 home fire claims a year in Adelaide… where there’s been some arson or someone’s left something on the stove… Then you also get bushfire events for people living in the Hills.

“We had a terrible instance in the past where our member had contents insurance with us, and building insurance elsewhere, which had unfortunately lapsed, and they were caught in a bushfire.

“We were able to help them replace all their furniture and clothing and everything that was damaged inside their home using their contents insurance, but as they did not have building insurance they had to stay with family until they could afford to rebuild their home.

“That’s a terrible position to be in when you’ve worked so hard to have a home.

“Nobody expects to have a burglary, a house fire, or have a tree fall on their roof… but it does happen and it probably happens more often than people realise.”

For more information on the insurance options available to you, visit the RAA website.