With a new office, new logo, and eight new venues launching this year, the team at Penny Hospitality have a lot on their plate – and that’s just the way they like it. 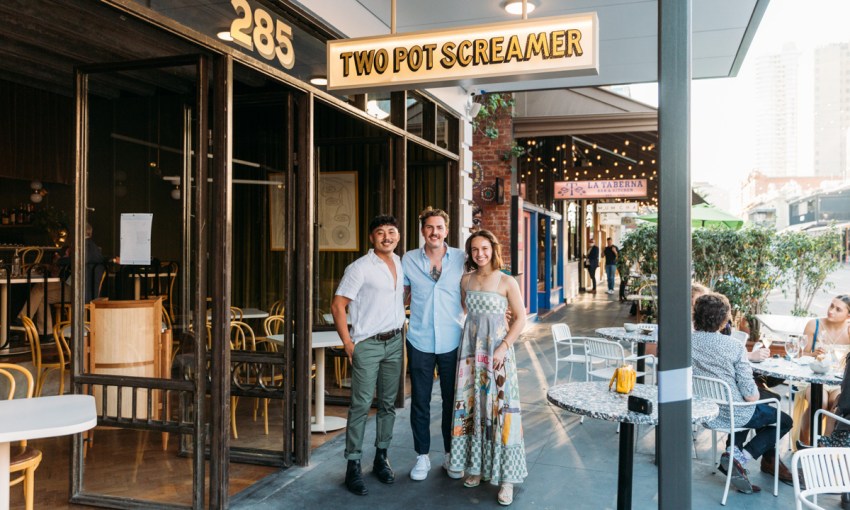 Penny Hospitality has had a big year.

Launching four new venues during the COVID-19 pandemic, rebranding themselves, and moving to a brand-new office on Hutt St, the venue group founded by Hugo Pedler in 2017 shows no signs of slowing down.

Learn more about the many happenings of Penny Hospitality here.

The team is young, hardworking, and always on the lookout to breathe new life into once iconic but now forgotten spaces in Adelaide.

Opening quirky wine bar Super Bueno and re-launching Adelaide landmark Joe’s Kiosk as Joe’s Henley Beach in the last few years, they have a lot for which to be proud. But for Hugo, the company’s most recent launch – the Australiana-themed restaurant Two Pot Screamer on Rundle Street – has a special place in his heart.

The restaurant, which recently launched a new menu under head chef Miles Davies, has been a passion project for Hugo and the rest of the team.

“Through COVID, we have refocused our venues and did our best to give back to the community during uncertain times. Opening new venues has been risky, but it’s paid off,” Hugo says.

“Our Penny Hospitality brief is to take over iconic spaces in South Australia that screamed potential but never worked. We want to give these spaces a second life. That’s been a really exciting opportunity for us.”

“Diamonds are made under pressure” she says.

Sharing an office at the former NAB site on Hutt Street with two other marketing companies, Format Digital and Williams and Co, keeps the workspace loud and collaborative. For the team, many of whom are former workers from within Penny’s venues, “loose chat” is how a lot of their projects start.

“Loose chat is like the get out of jail free card – if you say loose chat in the office, you can come up with any idea after that and it’s totally fine,” Hugo says. “Like, you want to open a restaurant on Rundle Street? Sure, why not?

“The company only grows because we have such a strong team. It’s an amazing culture to be part of.” 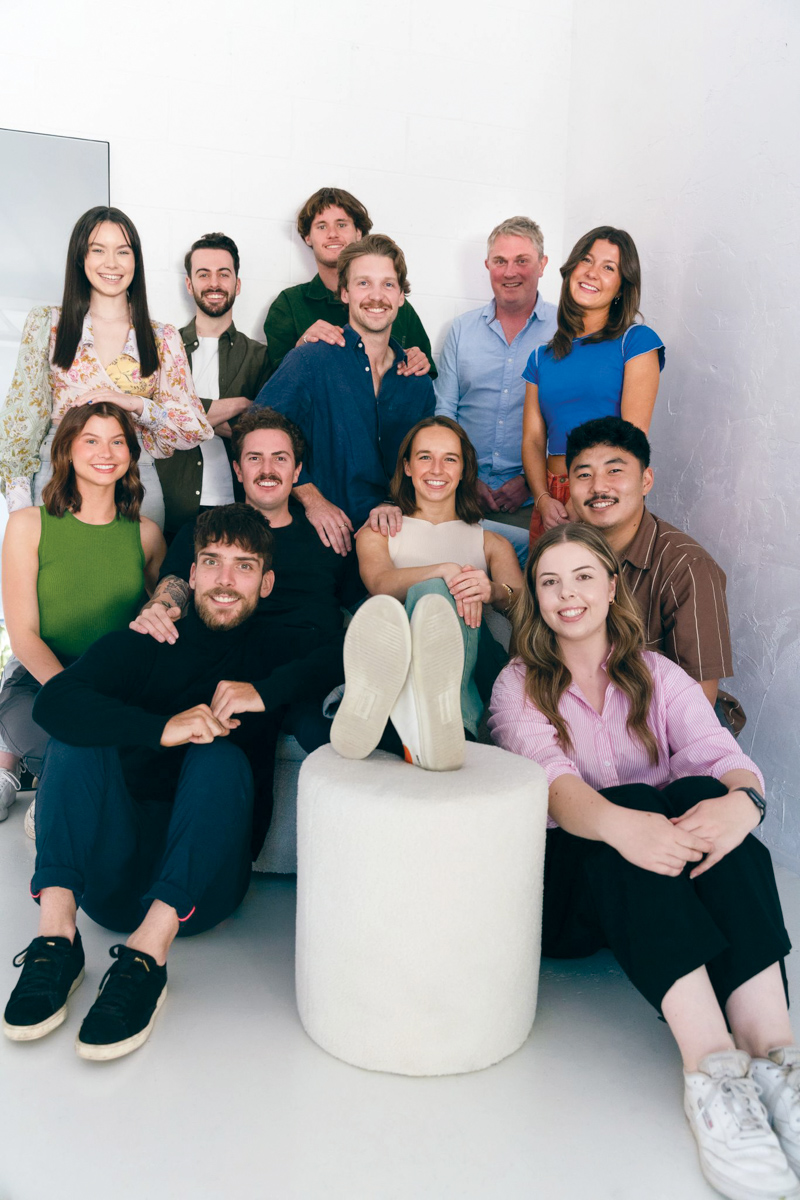 Not only does the company want to create some of Adelaide’s best venues, they also want to make booking a table easier.

Enter Venue Hire Adelaide – a new platform making it easier to book function spaces at any of Penny’s venues.

“We started doing Google advertising for the West Oak Hotel, and we noticed that one of the top Google search terms was ‘venue hire Adelaide’. So, a loose chat idea was to put all these venues onto one website and allow users to hire spaces through this portal” says Tild.

Hugo, who was named in this year’s 40 Under 40, considers having a business run almost entirely by a group of young adults with fresh ideas as a huge advantage, and a major factor in the company’s success.

“I think there’s something to be said that experience is worth a lot, but so is motivation,” he says.

“We allow our people to make mistakes throughout the whole organisation. We use these mistakes to learn and better ourselves. Mistakes are ok – that’s what’s formed what we are today.”

This comes alongside the company’s rebrand as it enters a new era, with the team aiming to place a stronger focus on connecting the Penny Hospitality venues. Having taken over some classic Adelaide spaces, they’re aiming to change the landscape of hospitality in Adelaide.

“We’ve come a long way… and we wanted to represent the company the way it is now. We’re bold, we’re fun, we’re young, we’re different – we’re taking over the spaces people don’t want.”

When pressed on a favourite Penny venue, both Hugo and Tild struggle to choose.

“It depends on the day,” says Hugo.

But Penny has quite a few new projects in the works, with the team looking forward to bringing people back to Hutt Street now the company has established itself there. Plans are in motion to relaunch the former Caltex and NAB sites on Hutt Street as a food and hospitality hub, with a wine bar and café included. Not to mention, Hugo’s passion project, Ride Contour, an initiative driven by enthusiasm and experience with a goal to build a cycling culture unique to Adelaide.

This new focus on Hutt Street includes the takeover of the Havelock Hotel, as well as a new café on Melbourne Street in North Adelaide, “Heat”.

“It’s a really exciting project, but there’s so many amazing opportunities in Adelaide,” Hugo says.

“We’ve loved Hutt Street and we’ve had our eye on the Havelock for a long time, so when the space came up, we jumped at the opportunity.”

“It’ll be about eight new venues being set up before the end of the year that we know of today. We’ve got a crazy year ahead,” Tild adds.

“We can’t wait to show everyone what we have in store. Watch this space.”