Every day in the lead up to Christmas, local businesses within the City of Norwood Payneham & St Peters are unlocking festive discounts, via an interactive website, in what must be the city's biggest advent calendar.

Given the year we’ve had, you could be forgiven for powering through the chocolate advent calendar you bought for yourself at the beginning of the month. You’re only human.

But that doesn’t mean you need to forgo the entire experience of day-by-day December delights, as the City of Norwood Payneham & St Peters has organised a rolling series of discounts, revealed every day via a cute illustrated, interactive collage of the city.

Given we’re already a week and a bit into December, the NPSP 2020 Christmas Advent Calendar already has quite the largesse from which to select your festive bounty.

More than fifty businesses within the Norwood Payneham & St Peters council area have signed up to take part in the 2020 Christmas Advent Calendar and take the guilt out of the festive tradition.

Each day up until 24 December, a new door will unlock, granting you access to a bunch of special deals from local businesses.

And if you’re the forgetful sort, the website also allows users to subscribe to the advent calendar and receive the deals straight to your inbox.

Some of the already unlocked deals include: 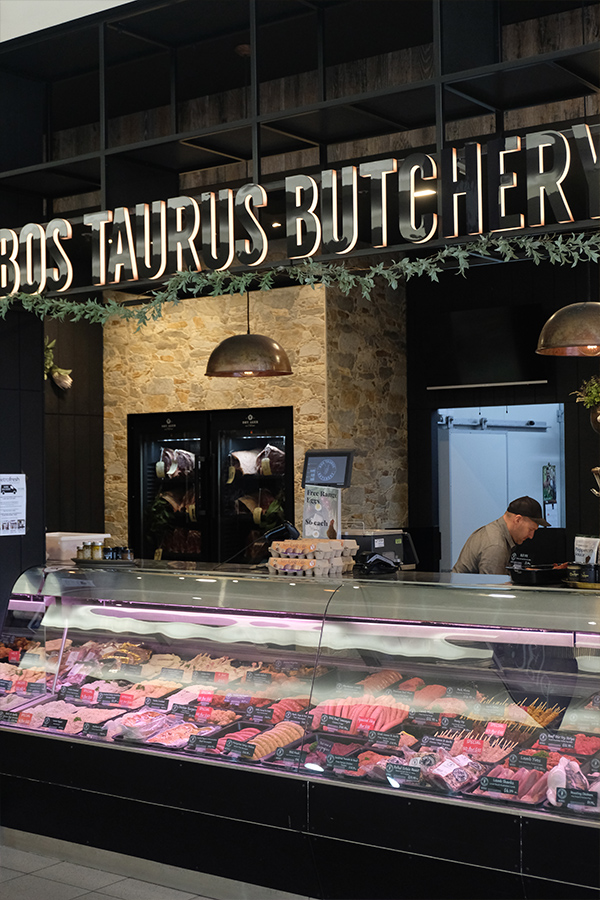 As part of the advent calendar initiative, Norwood’s Bos Taurus Butchery is offering Christmas ham on the bone for $16.99kg.

John O’Connor, who opened the butcher about 18 months ago, says he’s seen a surge in Christmas ham orders on the back of the advent calendar.

“The feedback has been really good and a lot of people have been in placing their Christmas orders,” John says.

“A few people have come in and specifically mentioned the promotion and we’ve even had some people that aren’t regular customers come in because they saw it advertised online.

“Also, the vibe around Norwood leading up to Christmas is really, really positive and the shops are really busy. It definitely feels like Christmas, and there are heaps of people around.”

Everflower Collective owner Sarom Mom opened her Norwood store just six weeks ago. Sarom signed up to offer customers who bought from her store gift wrapping on one item.

“On the day our promotion was released, there were a lot more customers coming through the doors,” Sarom says.

“I thought this was a great way to tell local customers that we were now in the area, being a brand new business.

“Also, any sort of promotion to draw more people to the street, particularly at this time of the year, does help.”

Norwood Payneham & St Peters’ Mayor Robert Bria says the advent calendar will help boost business among retailers doing it tough this year due to the pandemic.

“Since the start of the COVID-19 pandemic, the Council has been committed to supporting our business community — and we’re implementing a range of initiatives to achieve this,” Mayor Bria says.

“We’ve been working closely with local traders to give people every reason to shop local and support small businesses this Christmas — having more than 50 businesses involved in this initiative is a great response.”

The offers are redeemable from the day the door opens until Christmas Eve. People only have to visit the store and show the email to make use of the deals.