The City of Adelaide have played a pivotal role in helping realise one of the most ambitious projects to have ever been built on their property. 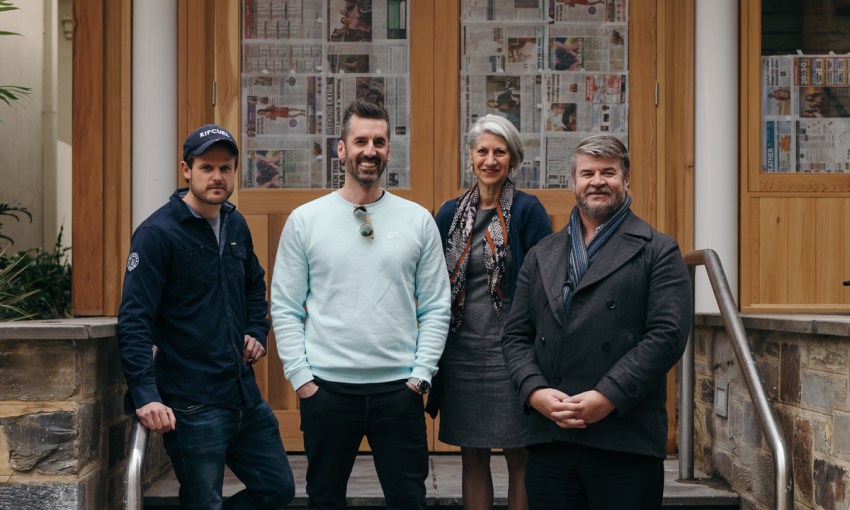 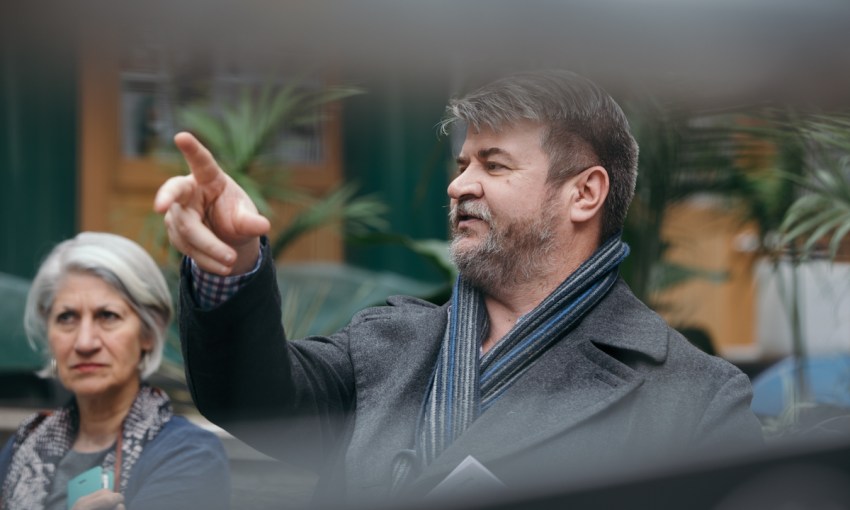 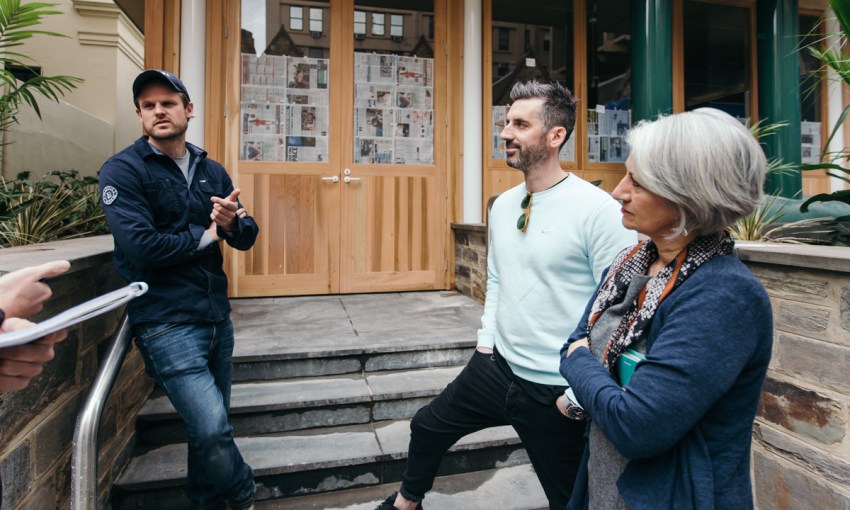 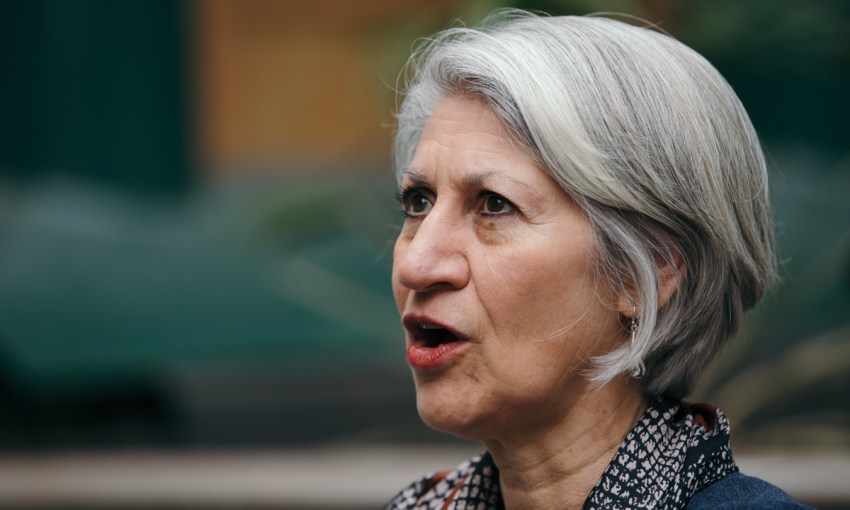 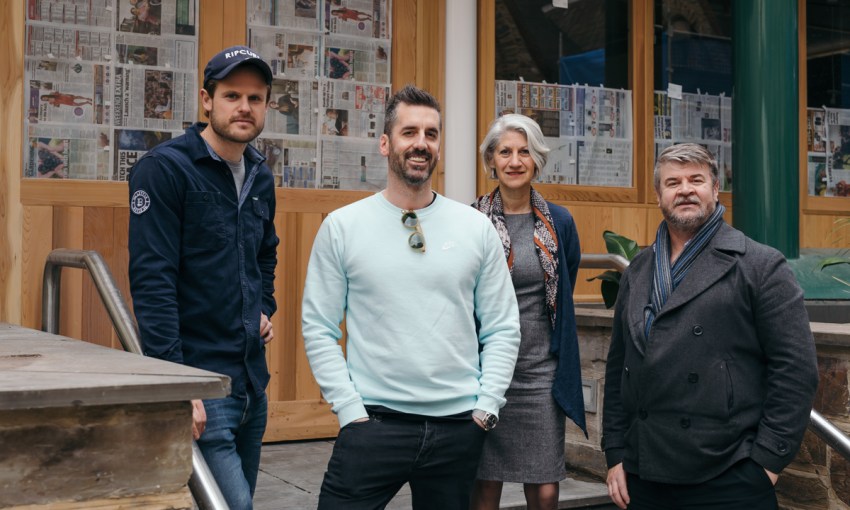 Beneath Part Time Lover – the new all-day dine and drink venue currently being built behind Adelaide Town Hall on Pilgrim Lane – is nothing.

“Due to that space underneath, we had load bearing and weight restrictions on the build from the start,” says Matiya Marovich director of Sans-Arc – the project’s designers. He slaps his hand down on the beautiful sandstone-coloured concrete bar we’re standing next to in Part Time Lover.

“Tim normally pours 100mm as a minimum, but due to the weight he had to cut that back to 50mm,” says Matiya referring to Tim Hansford of Love Concrete who built the framework and poured the concrete for Part Time Lover’s bar and bench top on site. It is a stunning, central feature of the restaurant’s design.

With an estimated total build cost approaching $700,000 this development stands out among the more than 300 leases and licenses owned by the City of Adelaide.

“We were approached by a lot of people about how we could activate the site,” says Associate Director of Property for the City of Adelaide Tom McCready.

“We went through an EOI process and Josh and his team were successful in regards to this joint venture and by joint venture – from our perspective – we’ve invested in fixed infrastructure with regards to what we need into the future – grease arrester and disability toilets and Part Time Lover have invested heavily in regards to fit-out for what we believe is a very modern, contemporary café that will draw a lot of people into the precinct,” says Tom.

The joint venture isn’t limited to a certain level of co-investment either. Owner of The Little Build Co., Jordan Gyss says the complexity of the build could only have been overcome with help from key people at the City of Adelaide.

“I’ve had tremendous support from a number of the people involved,” says Jordan.

“From Warren at City Works, who pushed all the permits through really quickly to Paul Addle who’s been around and been a great support to us and tried to remove some of the roadblocks that present themselves during the building process and also Paul Shuttleworth, who has been a wealth of knowledge on the site itself,” says Jordan. 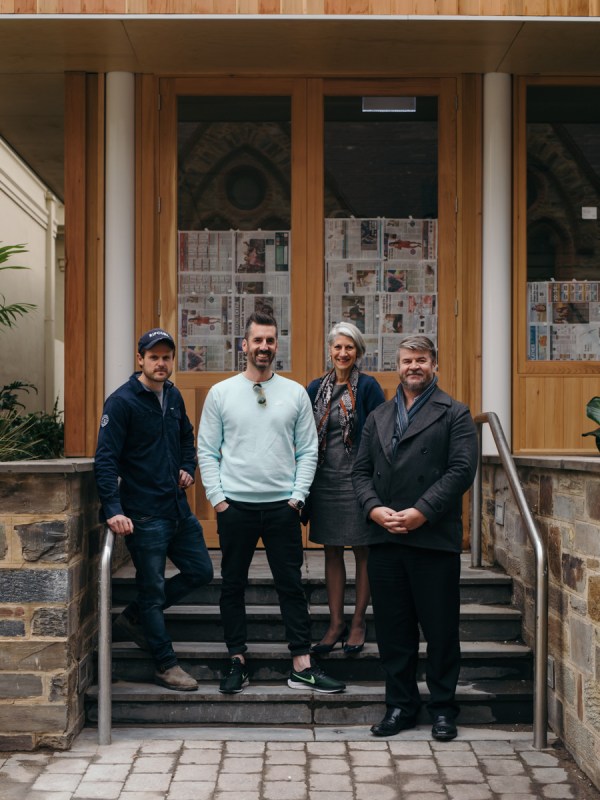 The reason for the void beneath Part Time Lover is to give access to the heritage, Lamborghini brand boilers that heat Town Hall as well as the building’s huge power boards and other critical infrastructure. It’s kind of like the central nervous system of one of our most significant civil buildings and when you start boring holes and removing walls to insert grease arresters and running drains and cables through such a sensitive area, you begin to appreciate the matrix of potential risk and red flags designer Matiya and builder Jordan had to navigate.

“I couldn’t ask for any more – as a builder – from those guys at Council,” says Jordan. “Not that it’s a battle normally, everybody tries and looks after their own patch, but with this project a lot of those roadblocks have been removed and the attitude has been – ‘alright well what do we need to do to help you get this done?’,” says Jordan of working with the City.

“I think it’s an ongoing part of the culture we’re trying to build and promote in Adelaide,” says Lord Mayor Sandy Verschoor.

“I love the name, Part Time Lover, but I also think, to be building something so contemporary is a real signal that old and new can sit side-by-side. I know Josh [Baker] is going to do great food and drink and that’s part of the ongoing trajectory of Adelaide.”

“It’s been fantastic working with Council, who’ve given us a lot of freedom,” says Josh, “to do what we wanted to, creatively. That was a big challenge because this site was never meant to be closed up. Somehow they’ve worked with us and we’ve been allowed to enclose the space and therefore invest in the bistro we really wanted to build. It’s been tremendous.”

“We are looking at all of our assets through the Lord Mayor and our elected body,” says Tom when we suggest Part Time Lover has set a new and high benchmark for the City of Adelaide’s property list.

“What we want to do is understand how we can achieve strategic outcomes, get better outputs from our assets and look at other assets for city shaping and how we can invigorate the space.

“Part Time Lover is the perfect example of a space that for certain times of the year lies dormant and now is going to be fully activated and we’re looking at all our assets exactly the same – how can we partner, how can we extract value, what can we do to each asset to lift it into the 21st Century?’,” says Tom.

“I think it’s fantastic and I think it’s everything we want the city to be,” The Lord Mayor agrees.

Sign up to our digital edition as we reveal the stunning interiors of the project in coming weeks.